Scotty hits the drag strip at last in the mighty Volvo

WITH a healthy auto finally installed in the Trolvo and a dyno run under the belt, it’s finally time to take our Volvo 240 racing!

The last time you saw our boosted brick, Scotty was fitting up a heavy-duty Turbo 400 from AllFast Converters, replacing a string of unreliable Toyota A340 autos that seemed incapable of handling the single-turbo 1JZ’s bulk power. With the transbraked ’box hooked up, the boys headed to Maxx Performance for a dyno session, where the Volvo offered up a solid 289rwkW (387hp).

Watch next: We're back in the workshop! - Carnage episode 58

Before testing the Trolvo’s prowess at the drag strip, a few minor changes were needed – namely a tailshaft loop and some sticky racing rubber.

A tailshaft loop is designed to minimise damage from a wayward ’shaft, preventing the kind of brutal destruction that befell Zane’s EA Falcon last year. For many drag events, they’re a requirement of entry.

In true Carnage fashion, what started as a simple job soon became a major headache. After bolting the ‘universal’ loop together, Scotty discovered almost every part of its construction was either too long or too short to fit within the Trolvo’s oddly shaped undercarriage. This meant some serious cutting, drilling and welding was needed to simply make it fit. 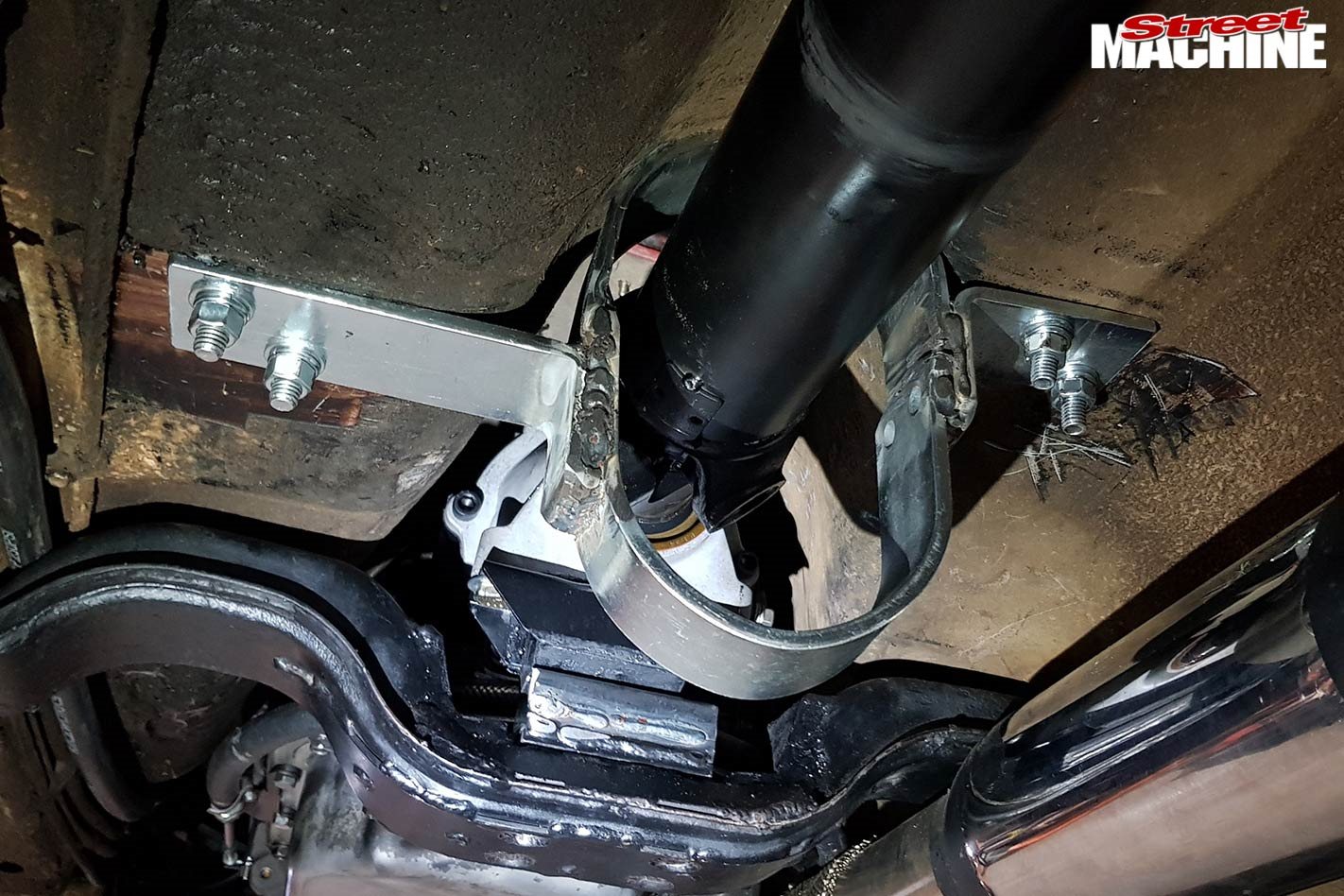 Fitting up the 235 radials proved easier, with a set of 15-inch steelies in early-Holden pattern bolting straight onto the Volvo’s rear.

With everything in place, the Carnage crew motored south-west to Portland for the South Coast 660, an eighth-mile event that forms part of the Summit Racing Equipment Sportsman Series. 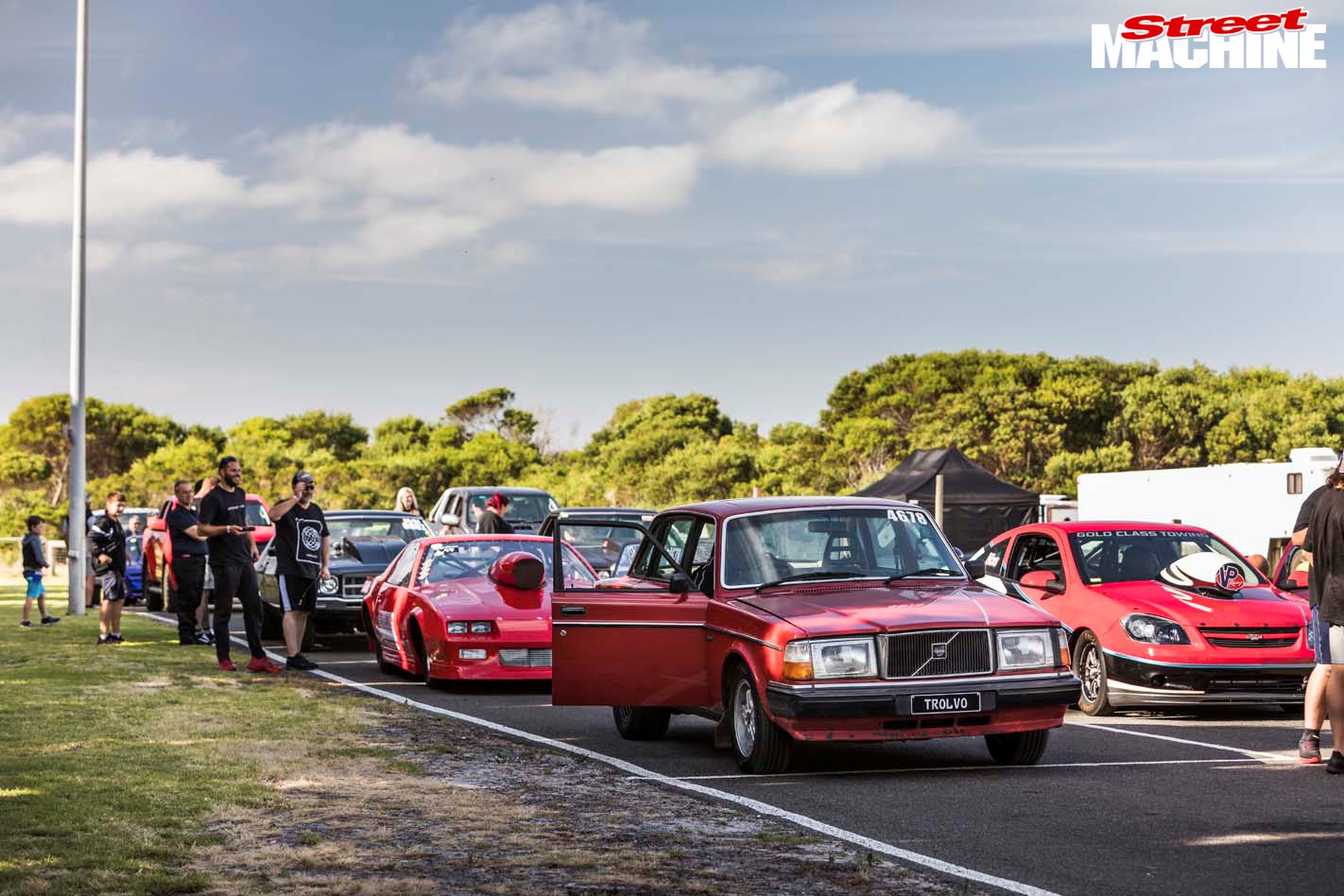 Friday’s test and tune saw Scotty launch the car to a best of 7.35@97mph, an impressive result for a virtually untested car riding on floaty stock suspension. On the following runs the car experienced a mid-strip hesitation, likely the result of a fuel system that can’t provide enough volume under heavy demand. 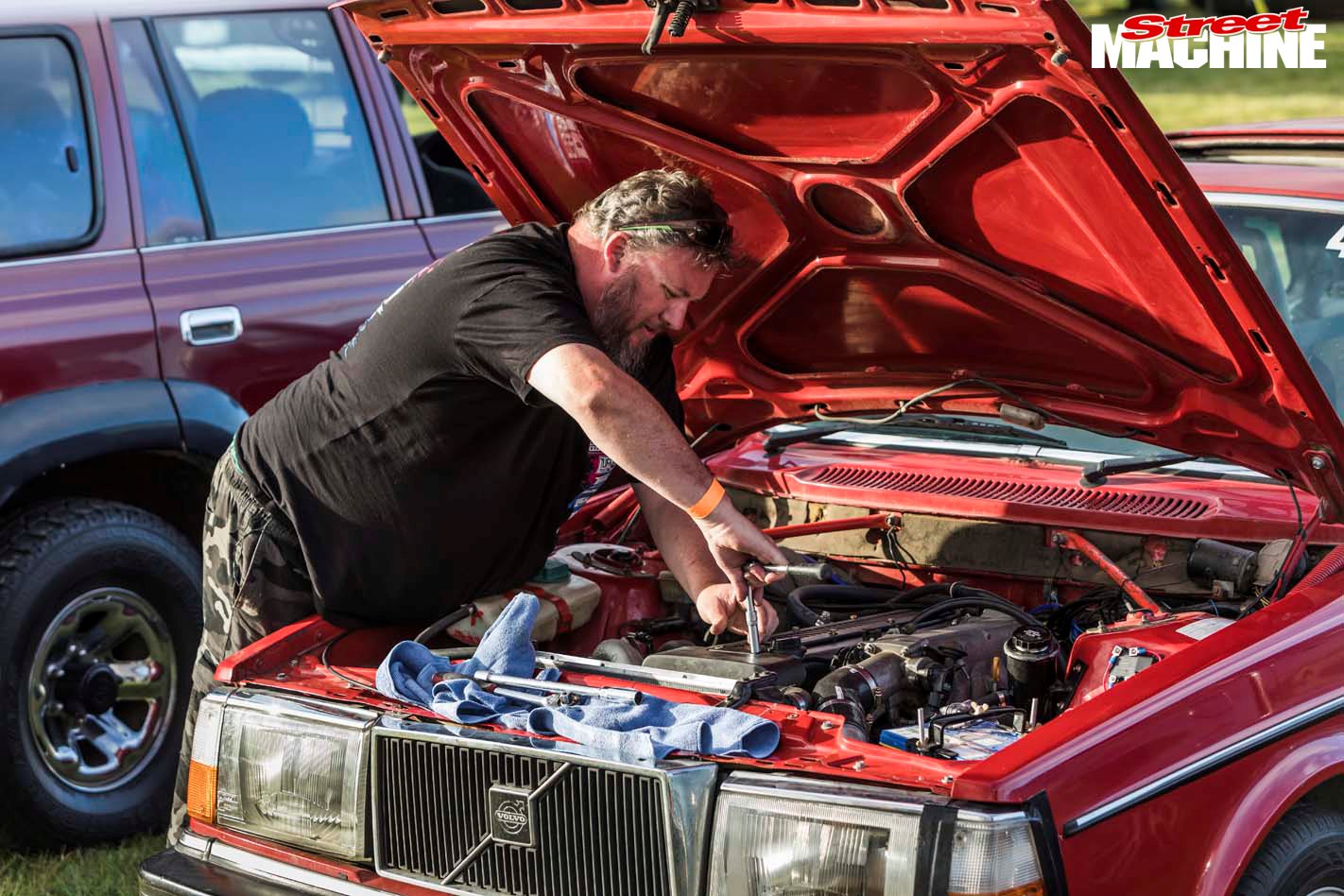 Turning down the boost to stop lean-outs and ECU safeties being triggered, Scotty dialled in at 7.80 for Sunday’s eliminations. Hotter weather on the day meant a first-round knockout for the Trolvo, but Scotty was all smiles.

Tipping the scales at only 1350kg and hiding a bulletproof motor and auto, there’s huge potential for the Trolvo to go even quicker once the fuel delivery system is upgraded – something you’ll see in a future episode of Carnage!