We drive a Tesla! Carnage Plus episode twelve

WHILE fully electric cars have been around for a while now, they’re not something we’ve had much experience with at Street Machine. So when we were offered the chance to drive a $270,000 Tesla Model X electric car, we were intrigued and excited to see what it would be like.

Having seen all the Internet videos of Tesla’s beating Ferraris and Lamborghinis in races, we expected it to be crazy fast, but even still we were blown away by the whole experience. The car we drove was the top of the range Model X P100D SUV, meaning it has front and rear electric motors to give a total of 568kW.

Tesla claims a 0-100km/h time of just 3.1-seconds with the famed Ludicrous mode engaged. The range is pretty good too. If you drive sensibly, Tesla reckon you can get over 500km of driving out of a single charge. 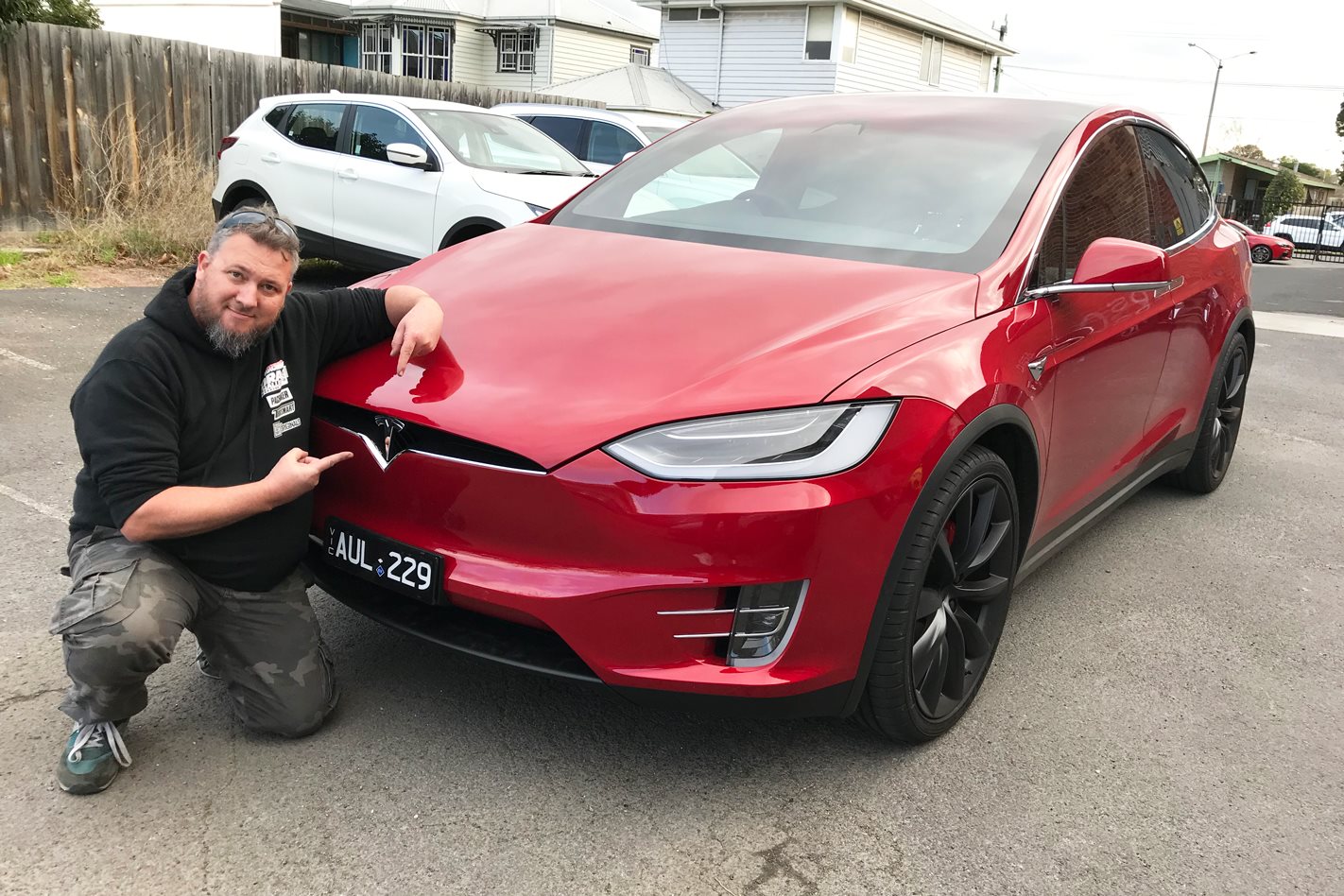 Everything about the Tesla makes it totally unique from anything else you’re used to. Before you even get in the thing, the doors open automatically at the press of a button and the doors for the rear passengers open upwards like wings. Inside, there are almost no buttons at all, everything from the air-con to the radio and even the doors are operated through a massive iPad-like centre touch screen.

The screen also controls all of the weird gadgets and gizmos that only a Tesla comes with, like James Bond mode or Christmas mode which puts a Santa sleigh and reindeers on the driver’s digital instrument display and turns the indicator noise into a Christmas jingle.

Weirdest of all is the celebration mode which literally makes the car do a sort of dance with music, flashing lights and flapping doors. They’re all things that you’d probably use once just for a gimmick or to show your mates.

What you’d probably use more than once is the Ludicrous acceleration mode. The thrust from those electric motors is addictive and the lack of noise or gear changes is bizarre if you’ve never experienced it before. The power comes instantly and it is genuinely laugh out loud fast. We would love to race the Model X P100D against the Turbo Taxi in the future, we reckon it would actually be a close race.

Would we buy one? Well no because none of us here have $270,000 to blow on a car and it’s not really our thing, but we can completely understand why people do buy them. It’s a family car that has every luxury and technology feature you could ever need or want with the performance of a supercar and it costs less than a coffee to ‘fill up’. There really is nothing else quite like it.