YOUTUBER Cleetus McFarland is well known for playing with LS-powered Corvettes. His twin-turbo Corvette project car, Leroy, is one of the quickest stick-shift drag cars in the world, having broken into the seven-second barrier. 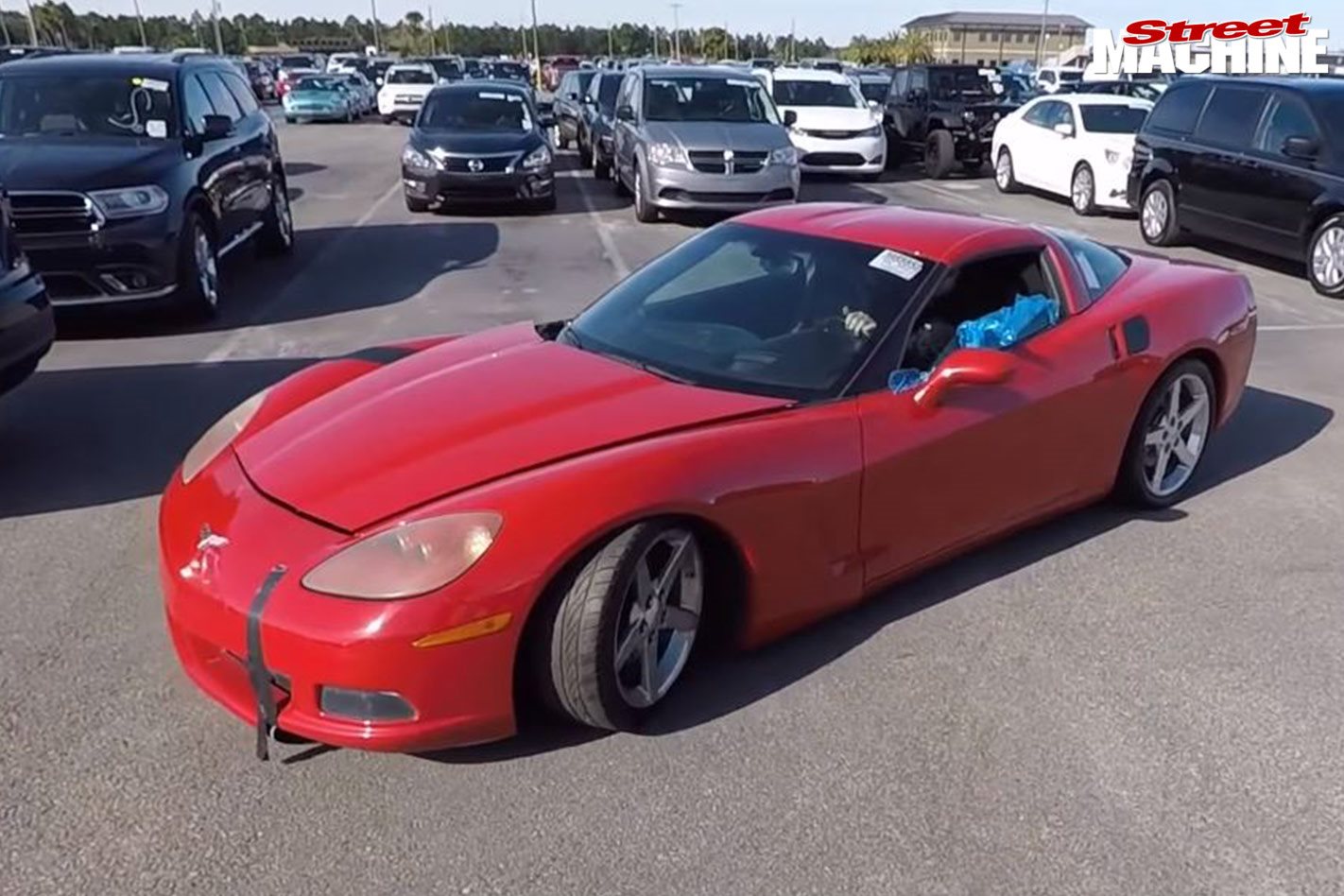 For his new project, Cleetus went salvage-auction hunting and came across a cheap 2005 C6 Corvette with minor front end damage. He put in a winning bid of just US$10,000, so it looked to be a real steal – until they rocked up to the auction house to pick it up and found a 5.3-litre iron LS from a rental truck where the factory-fitted 6.0-litre LS2 should’ve been. 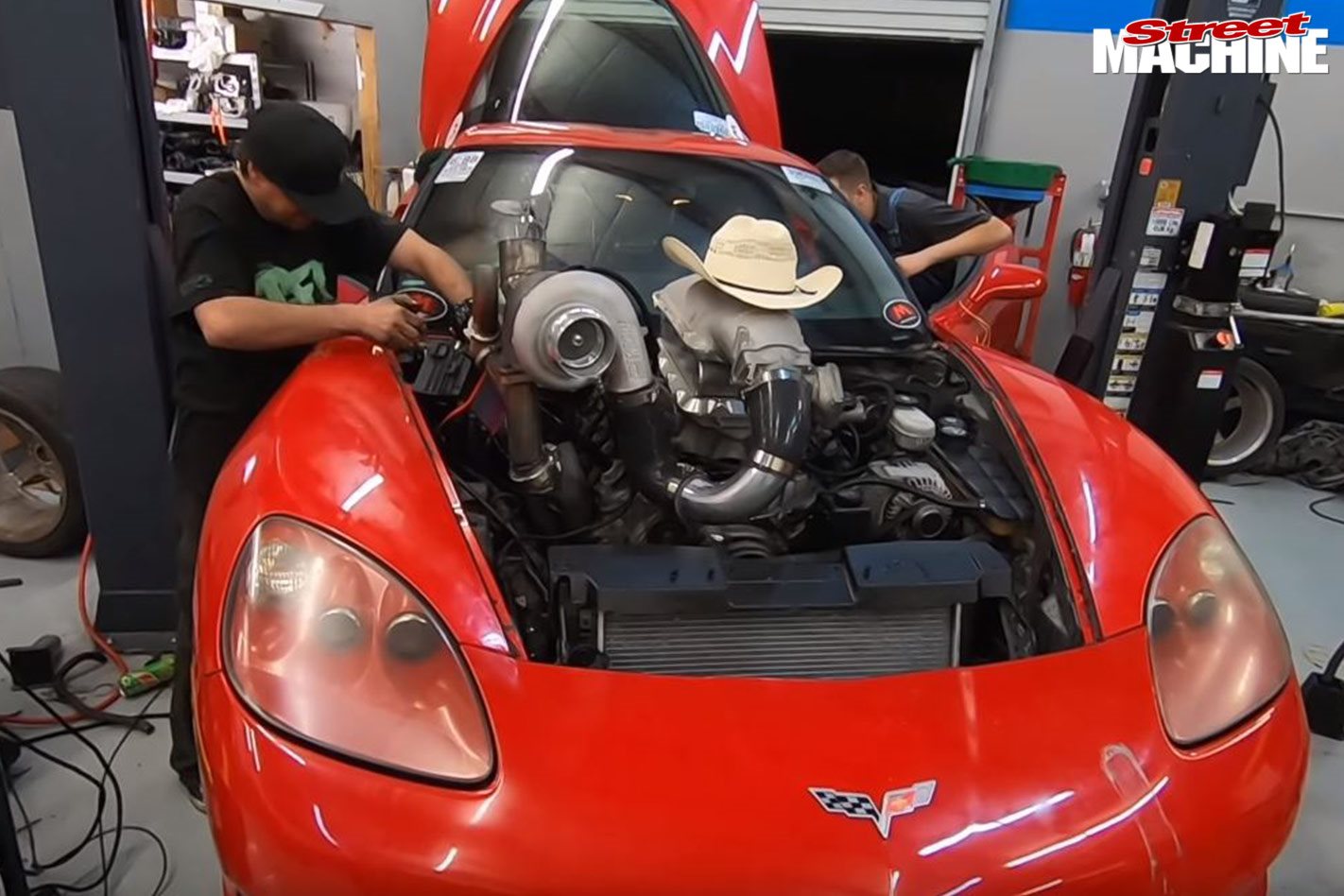 Most people would’ve got really pissed off at this point, but Cleetus decided the best solution was to throw a big-arse Garrett turbo onto the side of the 300,000km, former-rental-truck V8 and see how much boost it would take. Having never used the wand before, Cleetus got his hands dirty with the welder for the first time and fabricated all the turbo kit himself, mostly using recycled parts from his Leroy project to keep the build as low-budget as possible.

With the new turbo strapped on just a few days after starting the build, the car made 738rwhp and 748ft-lb, well over double what the mill made before the turbo conversion.

One of the coolest parts about the whole project is that Cleetus tracked down one of the previous owners, who revealed that not only was he the one who did the truck motor conversion, but also that the car had been struck by lightning! 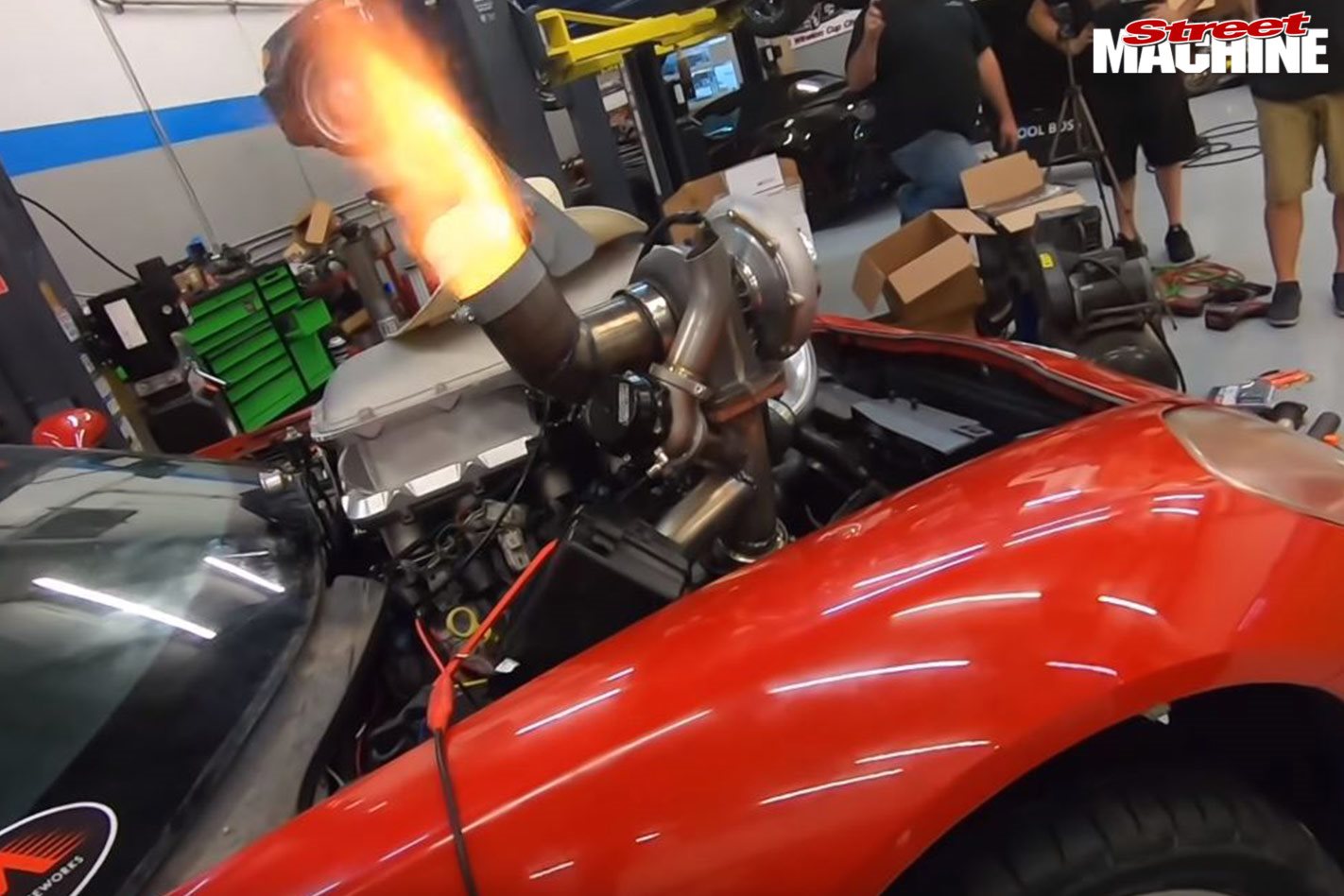 The boys plan on taking it to the track to see what it can do, so make sure you’re following the Cleetus McFarland YouTube channel to see what numbers it can lay down.