MAXX Performance in Melbourne has been doing good things with Ford’s Coyote-powered cars, from rear-mount turbo’d XR8 Falcons to crazy late-model Mustangs. With production of their bread and butter XR6 Turbo and XR8 Falcons ending long ago, they’re now finding many of their customers have gone to newer Mustangs but still want the big power of their old tuned and tweaked turbo and blown Falcons. 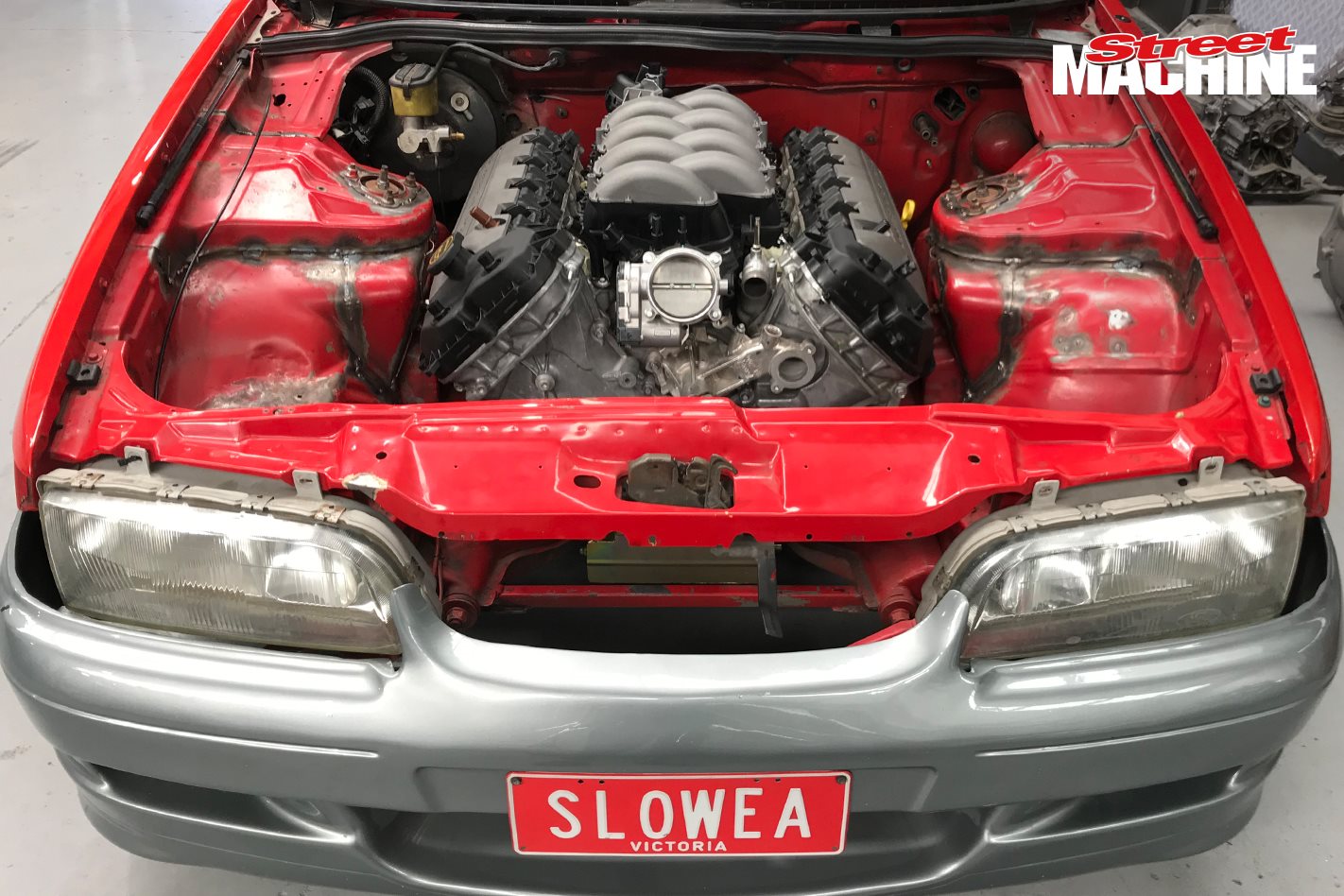 So to help with R&D on the 5.0-litre, the boys have dropped a Coyote V8 into Zane Heath’s own EA Falcon. Being such a big motor with dual-overhead cam heads you’d think it might be a tricky swap, but the gap between strut towers in EA-EL Falcons are actually quite similar to the newer FG so there’s heaps of room. Only the sump had to be modified to clear the EA’s K-frame and custom mounts made up since this is a pretty un-common swap. 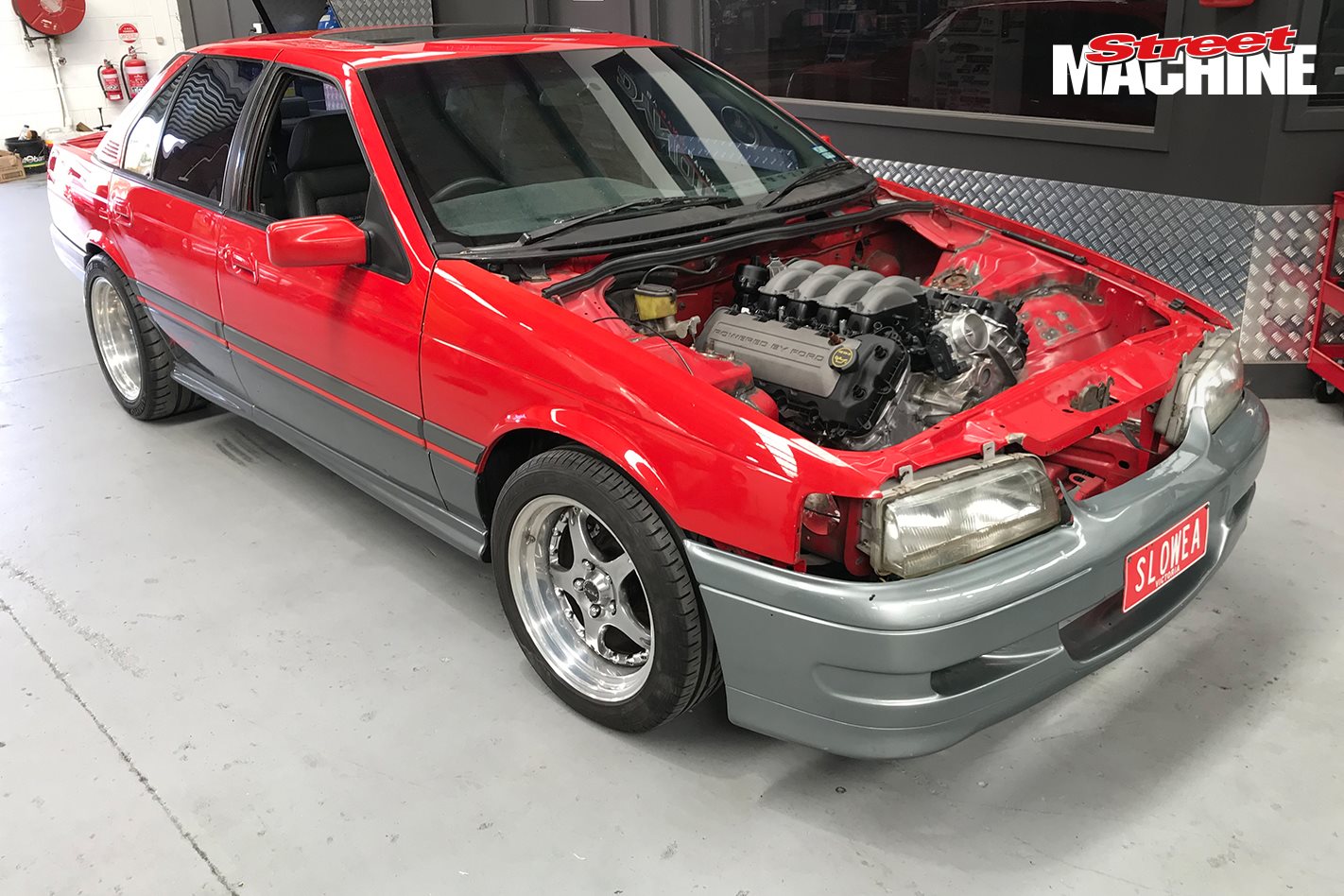 While they had the sump off the low mile 2017 Mustang motor they also upgraded to the oil pump gears because Zane plans on spinning this engine to 8000rpm. They’ve also switched to a 2018 model intake manifold and throttle body because they seem to flow better and make more power. 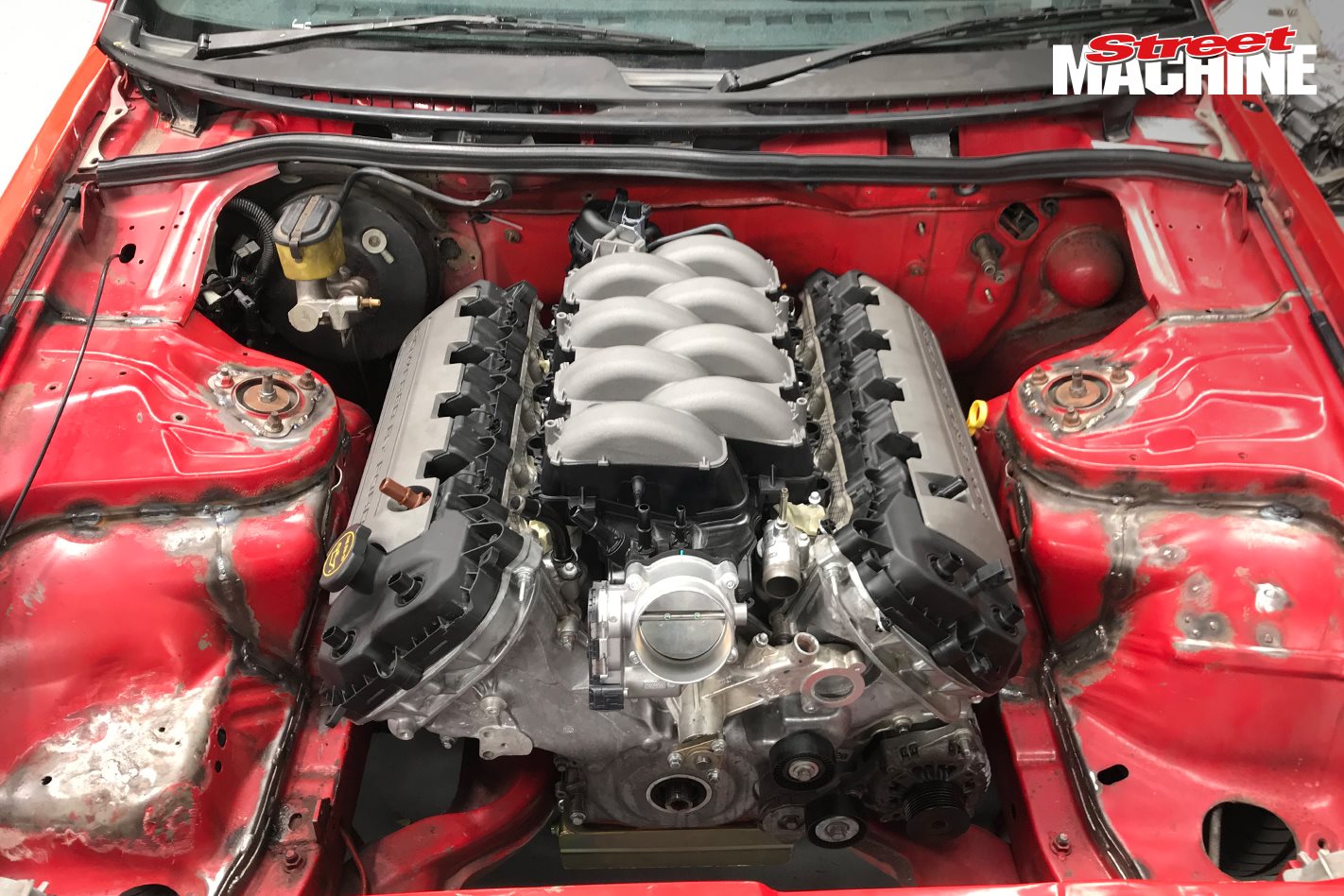 The plan is to keep it aspirated for now on E85 fuel with a T56 manual box and factory Ford ECU. While the engine came out of a crashed Mustang, it didn’t come with a loom or computer. Fortunately Ford sells a Coyote stand-alone loom and ECU so you can run the motor in any car, which can also be tuned through HPTuners software.

Once the car has run some decent numbers aspirated, Zane and the boys are going to look at adding a turbo or two into the equation. We’re looking forward to seeing this one finished!