WHO says you can’t drive a show car? Greg Holmes and Chris Palazzo’s 1970 Plymouth Cuda ‘King Kong Cuda’ is one of the greatest street machines ever built in Australia, has won basically everything there is to win and Street Machine is behind the wheel cruising it through the middle of the Sydney CBD. Yep, she’s a driver.

The King Kong Cuda has been through a few different incarnations but the latest is arguably the most extreme and built to the highest level.

King Kong Cuda was originally built for Top Fuel legend Graeme Cowin and it won a stack of awards, including Street Machine of the Year in 2010. When Greg bought the car it, was damaged in transit, necessitating some fixing, which blew out to a full-on rebuild. It was at this point that Chris Palazzo owner of Outlaw Rod Shop became part owner in the car. 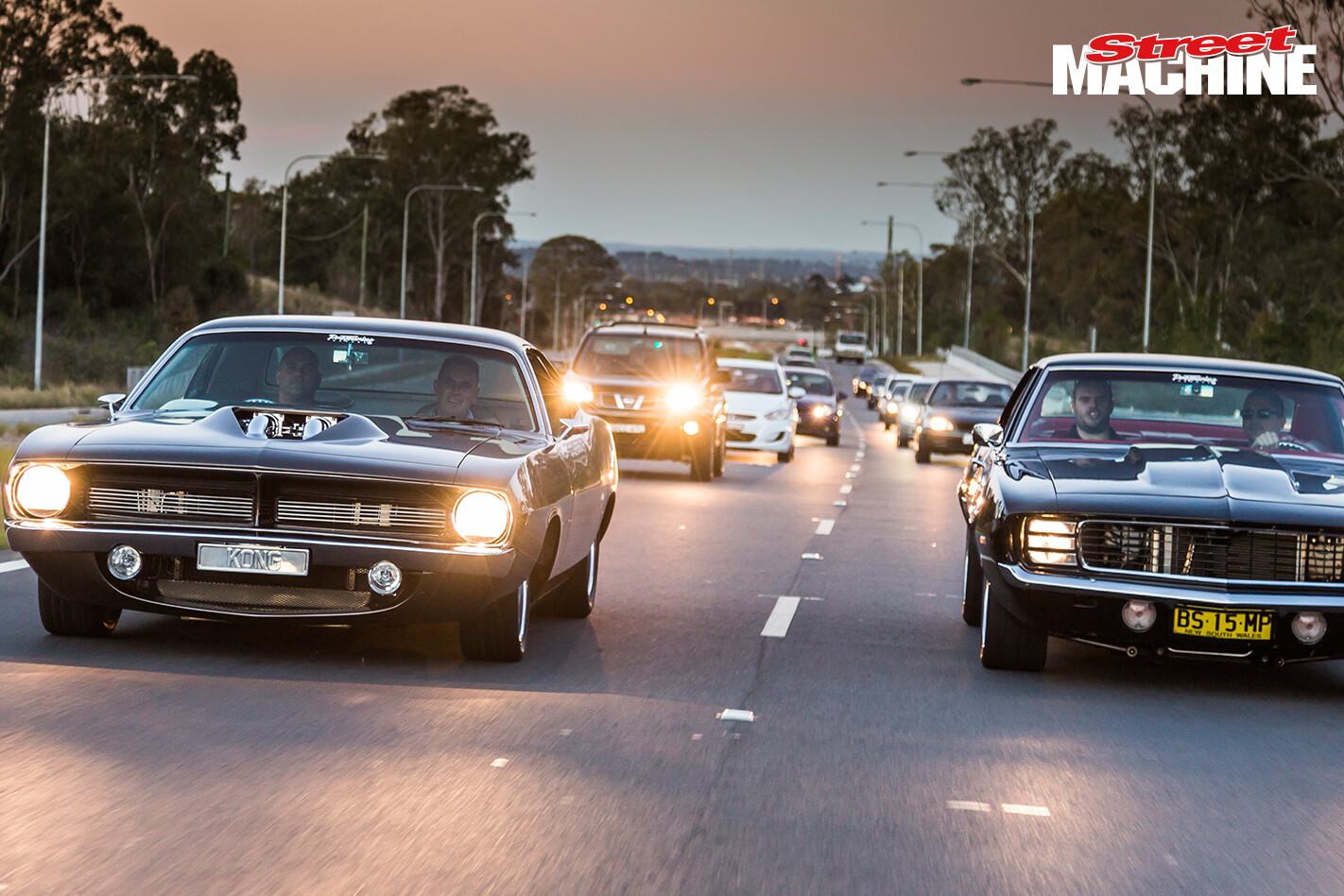 The sheet metal was all ironed out, and King Kong’s new custom PPG charcoal grey was laid. The rest of the car is a 528-cube EFI Hemi detailed with acres of chrome, hooked up to a 727 Torqueflite and Strange 9-inch diff. Monster wheels and tyres, slammed on Air Ride ShockWaves, the thing looks ten-outa-ten schmick, especially under the lights of the Sydney CBD.

So as you do, we hit the town for a cruise with King Kong Cuda, and two other tough American muscle cars. Greg and Chris even let us have a steer! Check out the video to see how it went down and pick up the November 2016 issue of Street Machine to read more about the King Kong Cuda – it’s on sale now!