Twin-turbo Nissan Patrol runs tens down the quarter-mile with one wheel in the air!

THE LS swap is pretty common in the four-wheel-drive scene, with people transplanting GM’s small-block V8 into everything from FJ45 Land Cruisers to brand-new Holden Colorado utes. With loads of low-end torque, especially with a turbo conversion, they make awesome off-road motors. Turns out LS-powered fourbies can be pretty handy at the straight-line quarter-mile action too, as some unsuspecting spectators found out at Calder Park last Friday night. 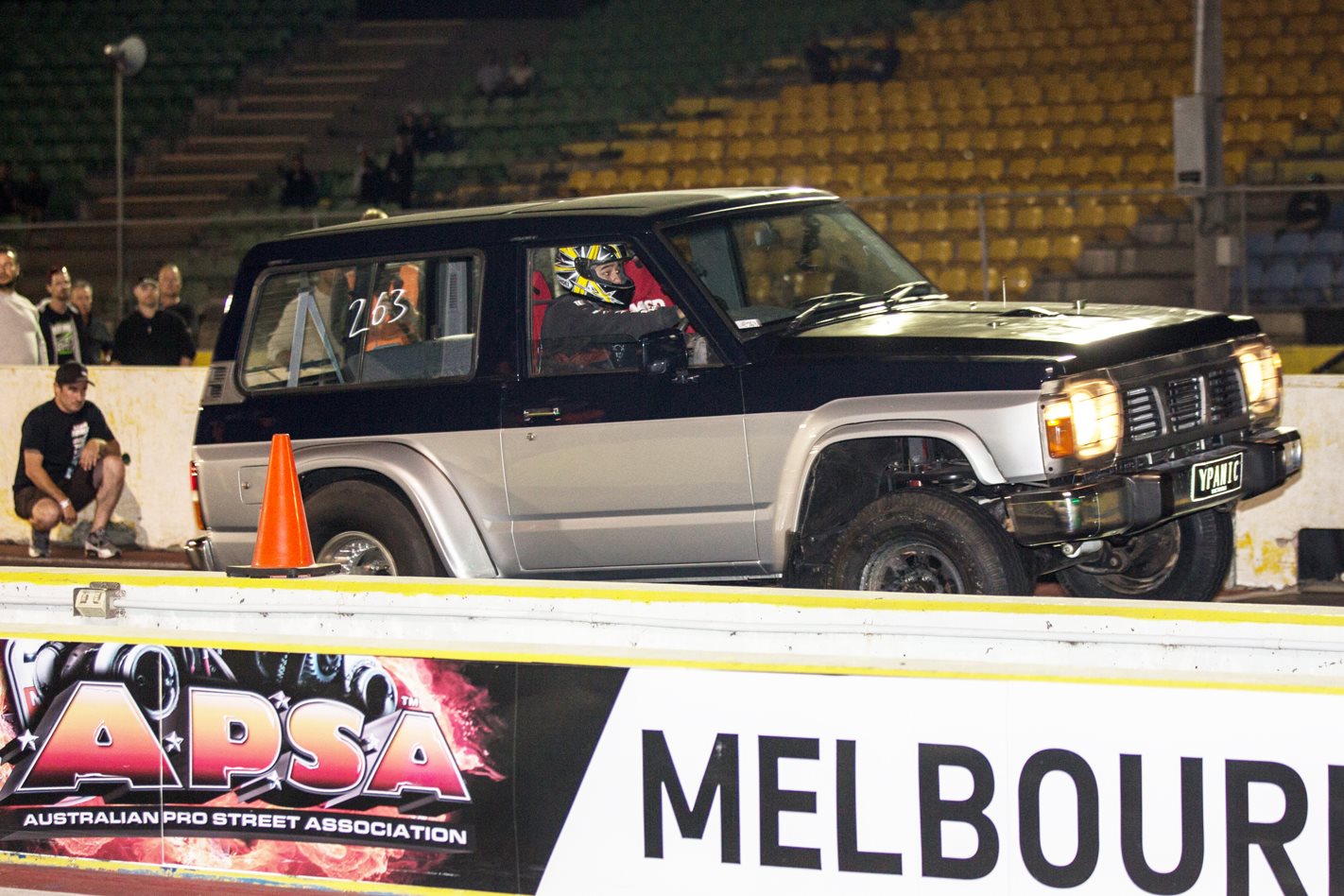 Daniel Fyffe had his twin-turbo LS1-powered Nissan GQ Patrol out at the drag strip for the very first time, ditching the big mud tyres for a set of drag slicks and front-runners. Under the bonnet of his Patrol lives a wrecking-yard LS1 fitted with head studs, a Holley intake manifold and a pair of Garrett GT35R turbos on custom manifolds with Turbosmart wastegates. Daniel did the LS conversion himself and Fusion 4x4 Fabrication did the turbo setup.

Jason from LS1PWR Performance & Tuning got 645rwhp out of the combo on 16psi, running E85 fuel and the standard GM computer. The rest of the driveline consists of a TH400 trans and factory Patrol rear diff. Daniel races it in rear-wheel-drive mode, and brings in the front differential when he’s bush-bashing. 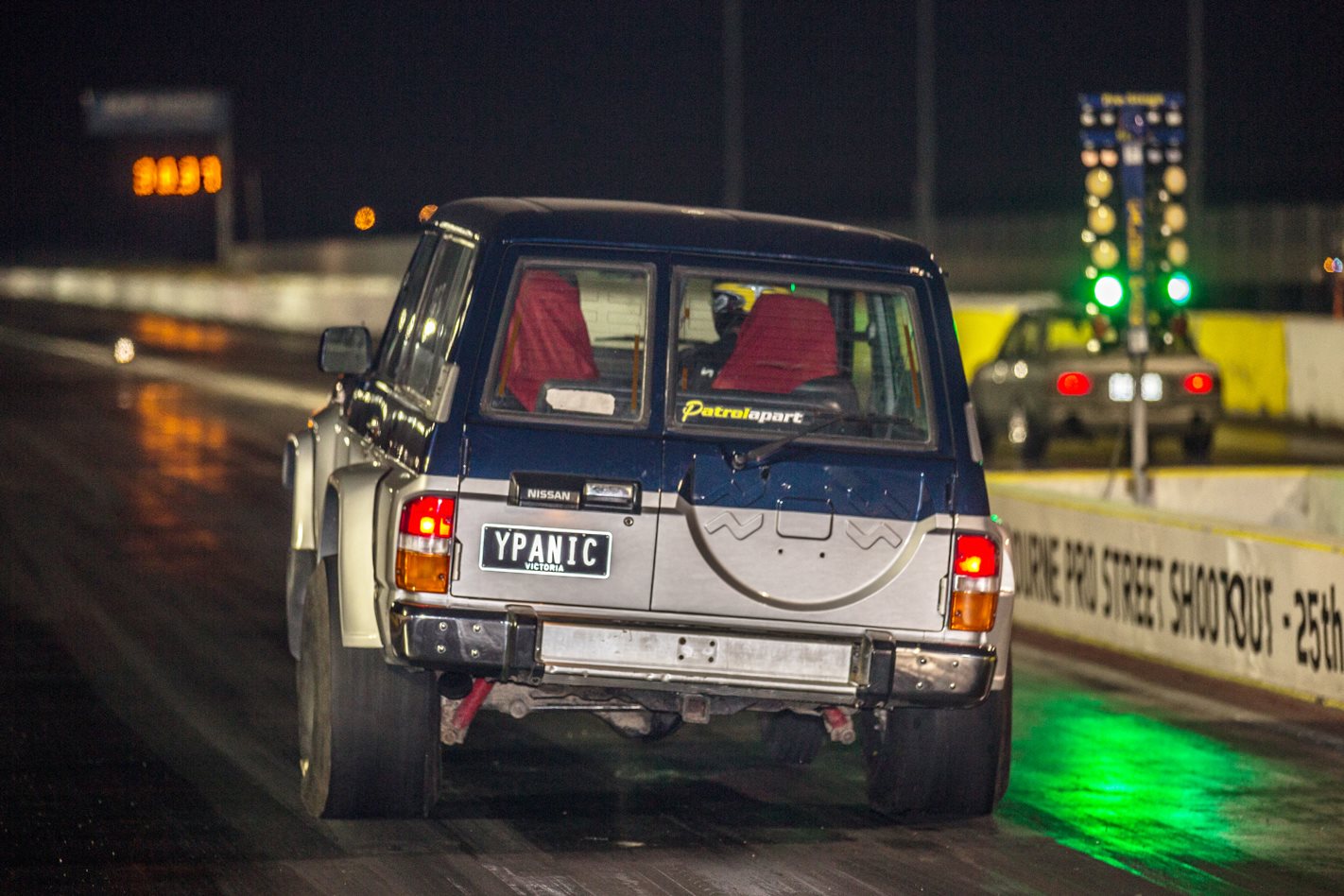 On its first-ever pass, the Patrol went straight into the 10s with a 10.98@125.18mph. Next time around Daniel launched it harder and she twisted up and carried the outside front wheel through the 60ft marker. It took a couple of pedals to keep it straight, and it went through the traps for a 11.28@122.52mph.

The boys reckon there’s plenty more left in the car once they get the Patrol’s suspension sorted and going straight. Daniel would like to eventually see it run in the nine-second zone! 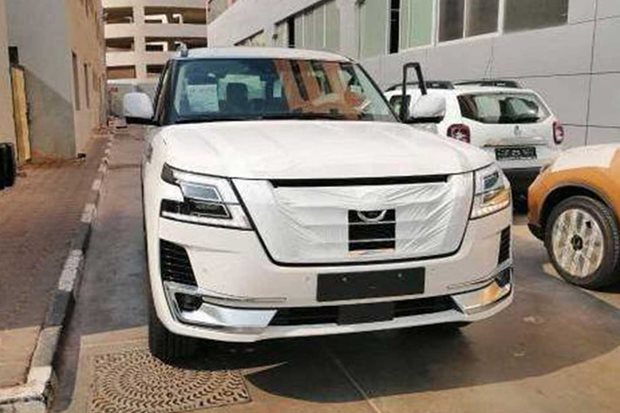 2020 Nissan Patrol spied for the first time, in the Middle East. 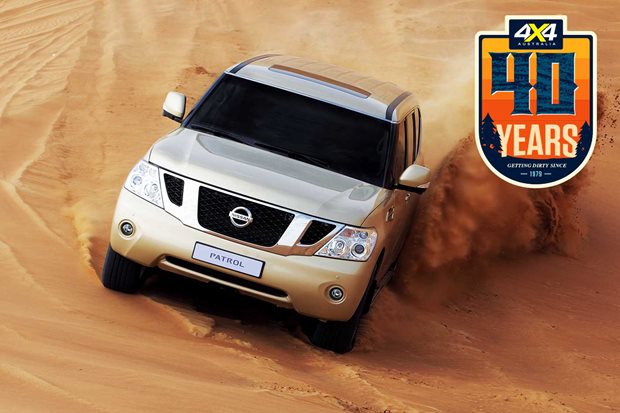 Back in 2010 we jumped aboard Nissan's new battle wagon in Abu Dhabi to give you our hot take.