EVAN Pantelios last raced down the drag strip around twenty years ago in a manual VL Turbo Commodore. His PB in that car was a 12.50, and he’s now returned to the fray with a new VL street and strip car, albeit one with 1200rwhp that should eventually run in the sevens – it’s quite the step up! 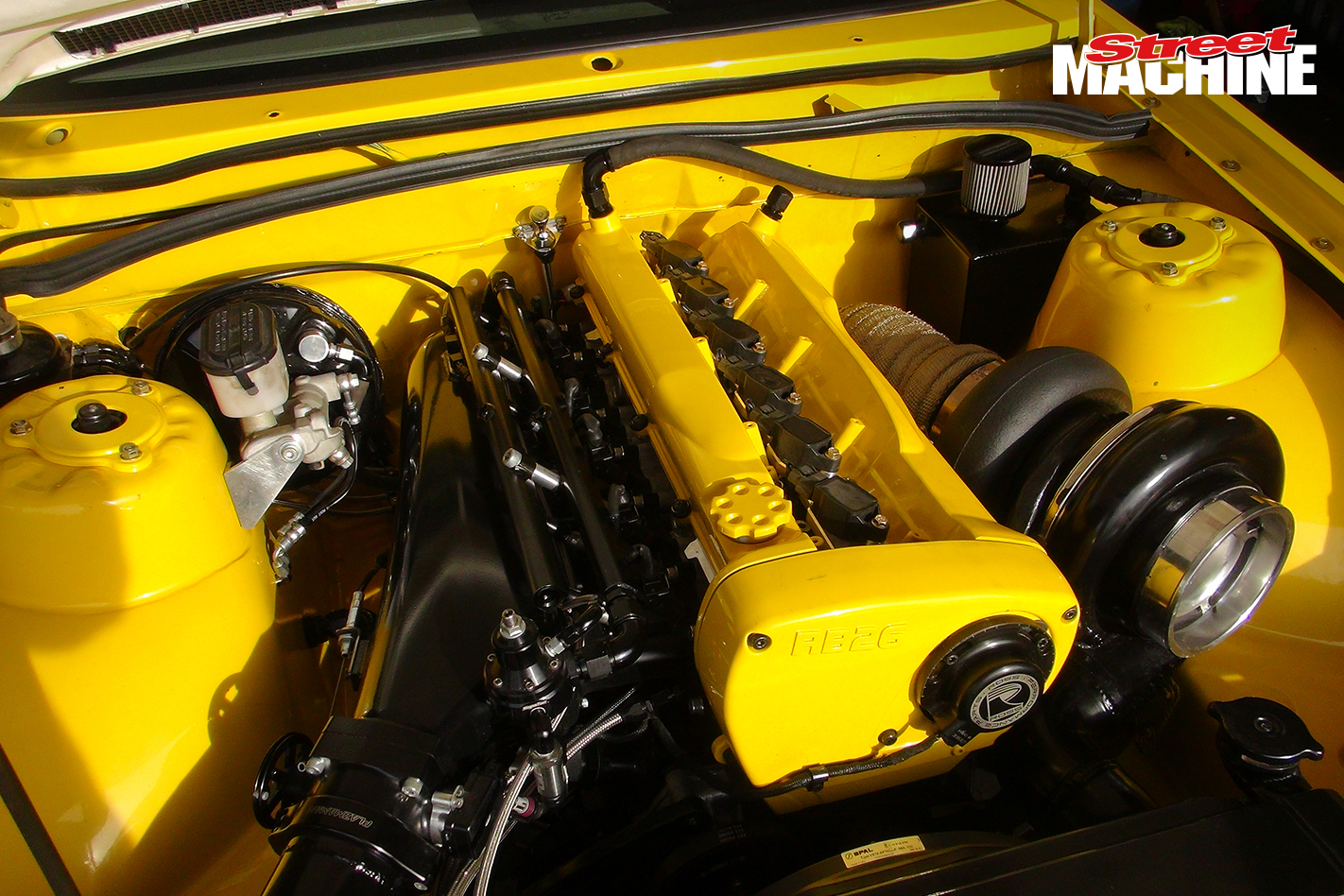 “It has a D’annello Performance-built 3.2-litre stroker using an RB30 block and Nitto rods and pistons,” said Evan. The guys have bolted up a Birrong Automotive CNC-machined RB26 cylinder head with Birrong cams, and of course that giant Precision 88/91 turbo. When set to kill on 40psi of boost, the combo makes 1176rwhp and as you can hear in the video, it sounds absolutely insane.

The rest of the driveline includes a transbraked Powerglide and a four-link rear end with a nine-inch and coil-overs. Monster 315/60 radials are housed in wheel tubs fitted by Bubba and the boys at Allrace Fabrications, who also did the rollcage and suspension work. 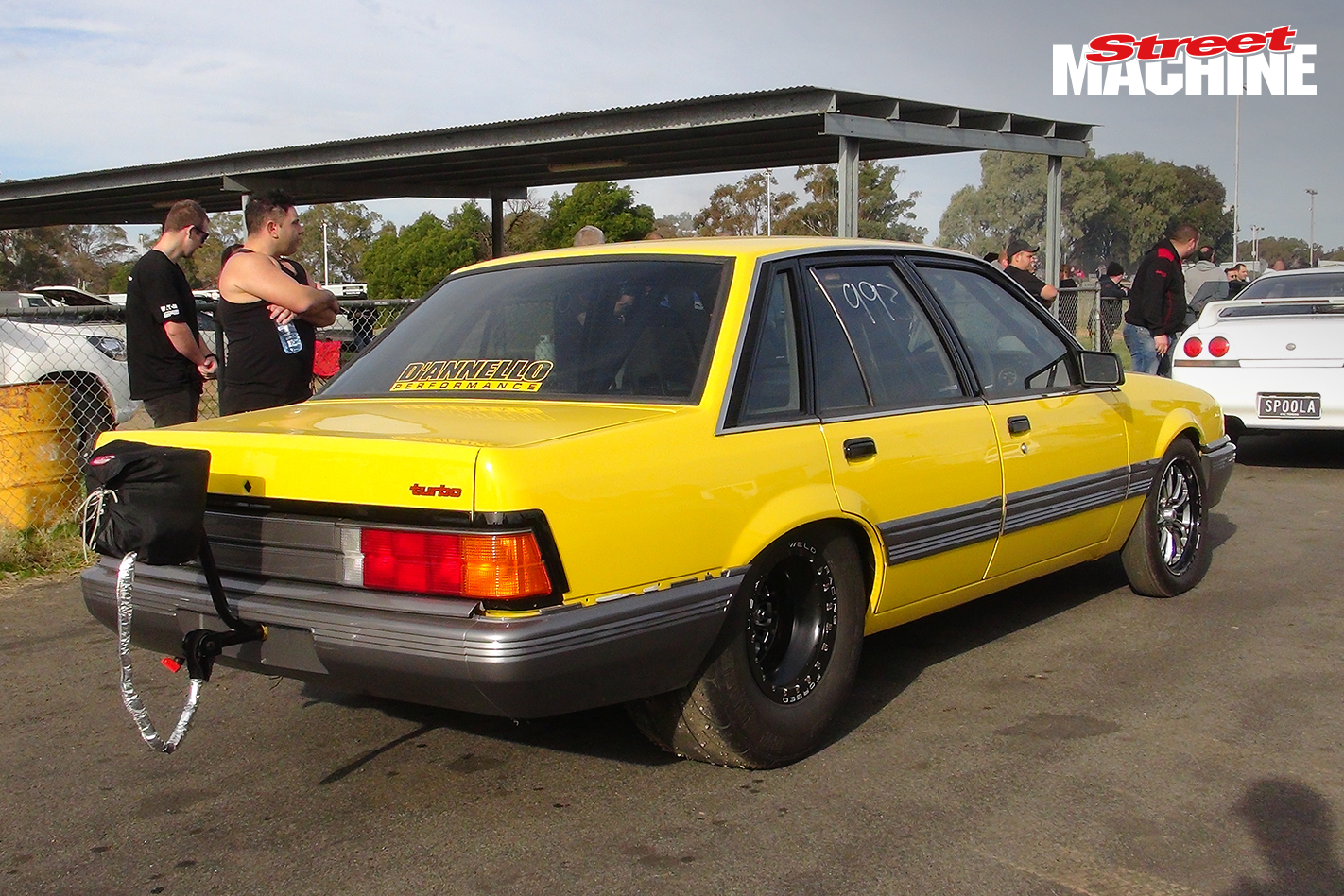 We met Evan up at Heathcote this past weekend where he was racing the car for the first time, before it was even completely finished – the bonnet still needs paint and the body needs a few pieces of trim here and there. “Anything in the sevens is good,” he said, “but it’s a new build, and this is the first time it’s been on the track and my first time in around twenty years, so we’ve got it turned down.”

Evan’s first ever run in the car saw a 10.63@100mph, with a couple of pedals and getting out of it completely in the deep end. The next run was a 10.1@107mph, again backing out of it early. For the car’s final pass of the day, Evan handed over the keys to Cameron Powell, who has run as fast as 7.61@181mph in his D’Annello Performance VL Calais X275 street car. “He’s a bit more experienced at this than me,” laughed Evan. 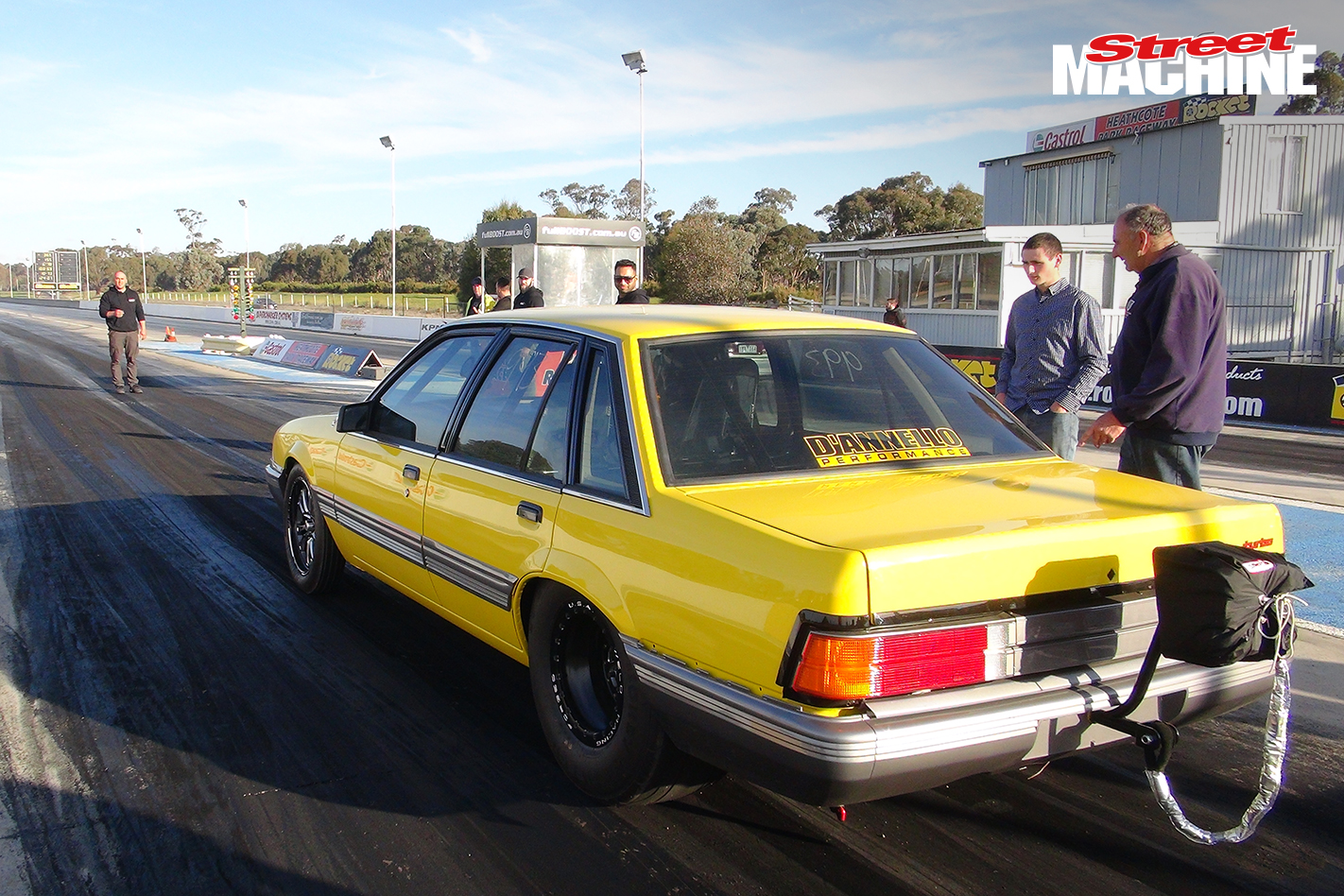 Still running just 25lbs of boost, Cameron pedalled the car through for an 8.89@162.98mph. “We just need to adjust the suspension and change tyres and we’ll turn it up next time we’re out.”