WHEN it comes to quick radial-tyre cars, America is way ahead of the game, and now some of the established big-name race cars are making their way into Australia. Shaun Hale bought this Foxbody Mustang off American NFL star Fletcher Cox, and is now racing it here in Australia with the help of Frank Marchese from Dandy Engines.

The car has pedigree: “I was told it was the first radial-tyre car in America to run in the sixes across the quarter-mile and the first in the threes over the eighth,” Frank says. “It’s run 3.80 at around 212mph; it’s a serious car!” 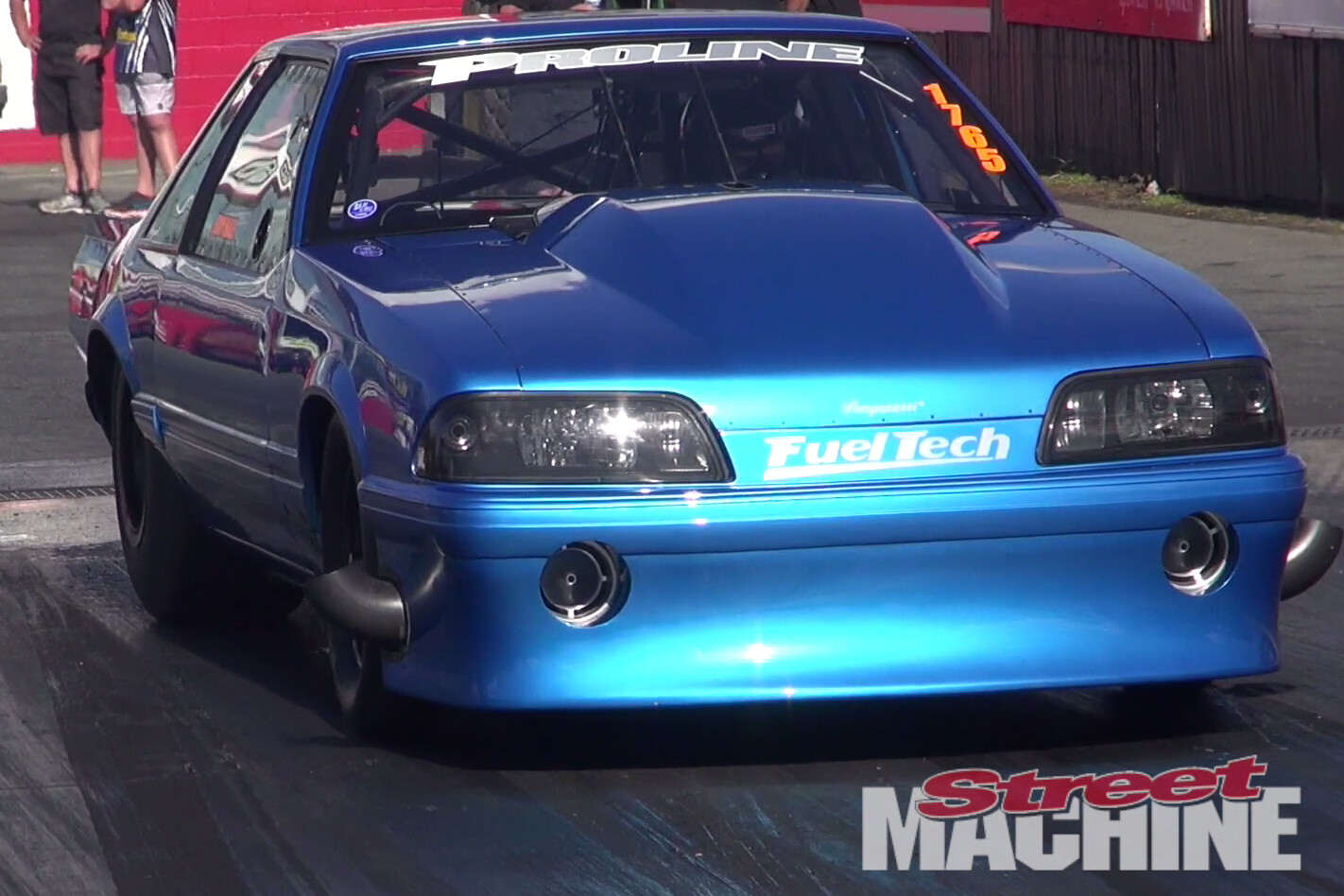 Powered by a Pro Line 480X billet-block-and-heads motor with twin Precision 98mm turbos and running on methanol, the thing is an absolute dynamo. “This engine has the potential to make up to 5000hp,” Frank says. “Right now we don’t have that, but we’ve got enough to run 4.17@185mph.”

You might think that buying a tried and proven car from the States means that it should run the same epic numbers here, but it just isn’t the case. The tracks here in Australia aren’t at the level of most American drag strips and the tune-up that saw the car running 3.80s across the Pacific just didn’t work over here. That’s where Frank comes in to tune the car, collect data and try and make it as quick as possible. Frank also works closely with the guys from Pro Line, FuelTech and Precision Turbos to maintain the whole deal for Shaun.

The cool thing about this car, compared to a lot of the big radial cars in Australia right now, is that it’s relatively basic chassis-wise. It still retains the original floorpan and factory suspension mounting points. RK Racecraft in America originally went through and did the whole chassis for Fletcher Cox, and then Profab Motorsports in Wollongong has redone the suspension with Menscer shocks.

Check out the video to see this insane race car in action, while Frank talks us through its set-up and history.