WHEN someone sticks with a particular project car for many years, it can be interesting to see just how much the car exceeds the initial goal set for it before the first spanner was turned. Over the past decade Jeremy Martin’s 1979 VB Commodore has progressed from a stock 253ci slug bought for $1000 in 2005, to a twin-turbocharged big-block 481X-powered three-quarter-chassis race car good for 4000hp! 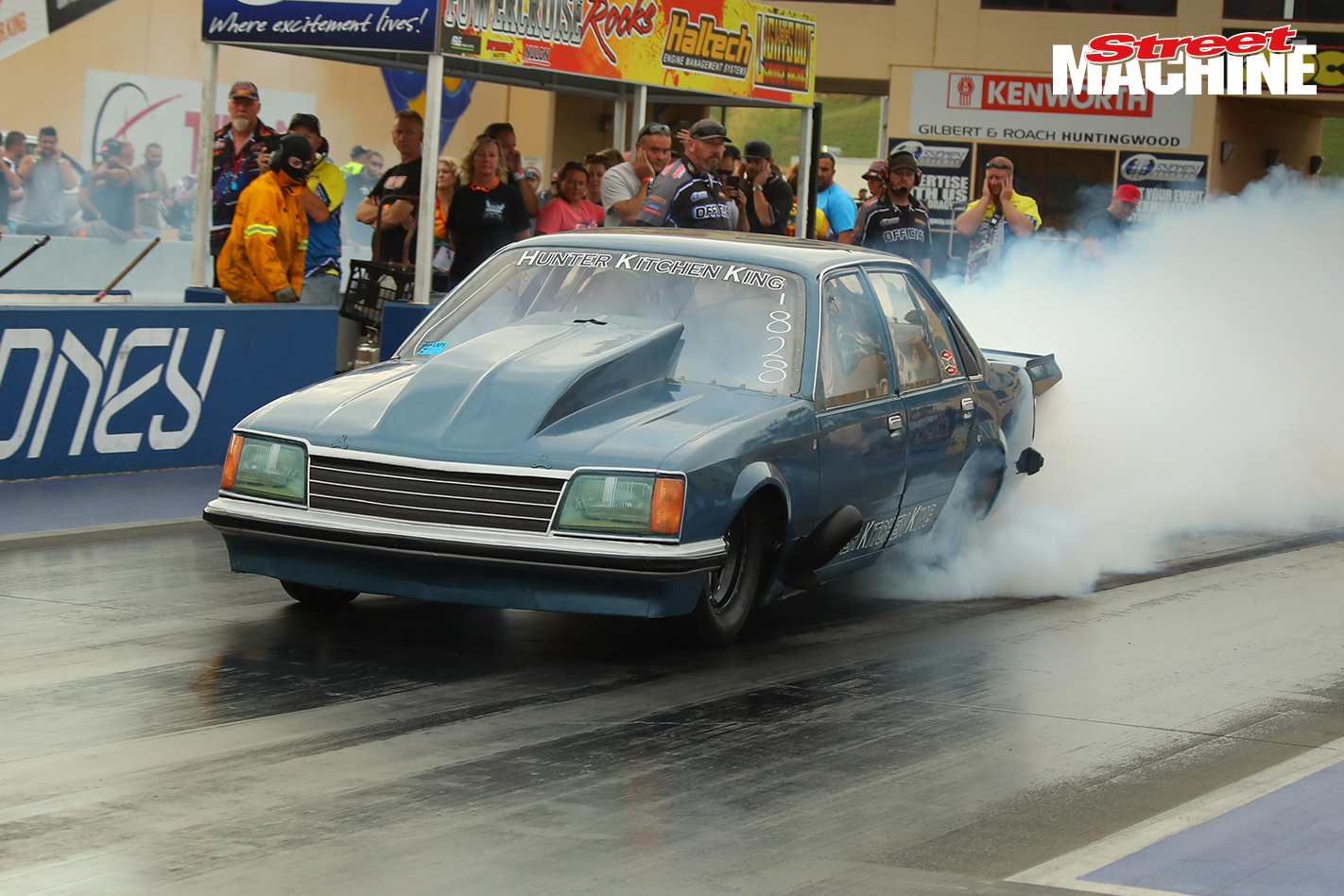 The first stage of the still-ongoing project was to yank out the original 253 to make way for a VT’s unmolested EFI roller-cam 5.0L motor, along with some boost. “The first goal was to see how far a turboed 5.0L Holden motor could go,” Jeremy said. “The first run it ever did was an 11.8. I took it home and put the methanol on it and it went 11.2 straight away.

“The thirst for more power came, so a bigger engine was needed,” he continued. “I spoke to Bill at BK Race Engines and he somehow twisted my arm to go a Chev. Bill sourced a Dart Big M block and pieced together the 540ci single-turbo motor. While this was happening, the boys and I recessed the firewall to accommodate the BBC, along with engine plates, turbo mount and trans mount.”

That combination pumped out over 2000hp, and Jeremy raced with this for a while, with times dipping into the 6.9sec zone at 204mph. 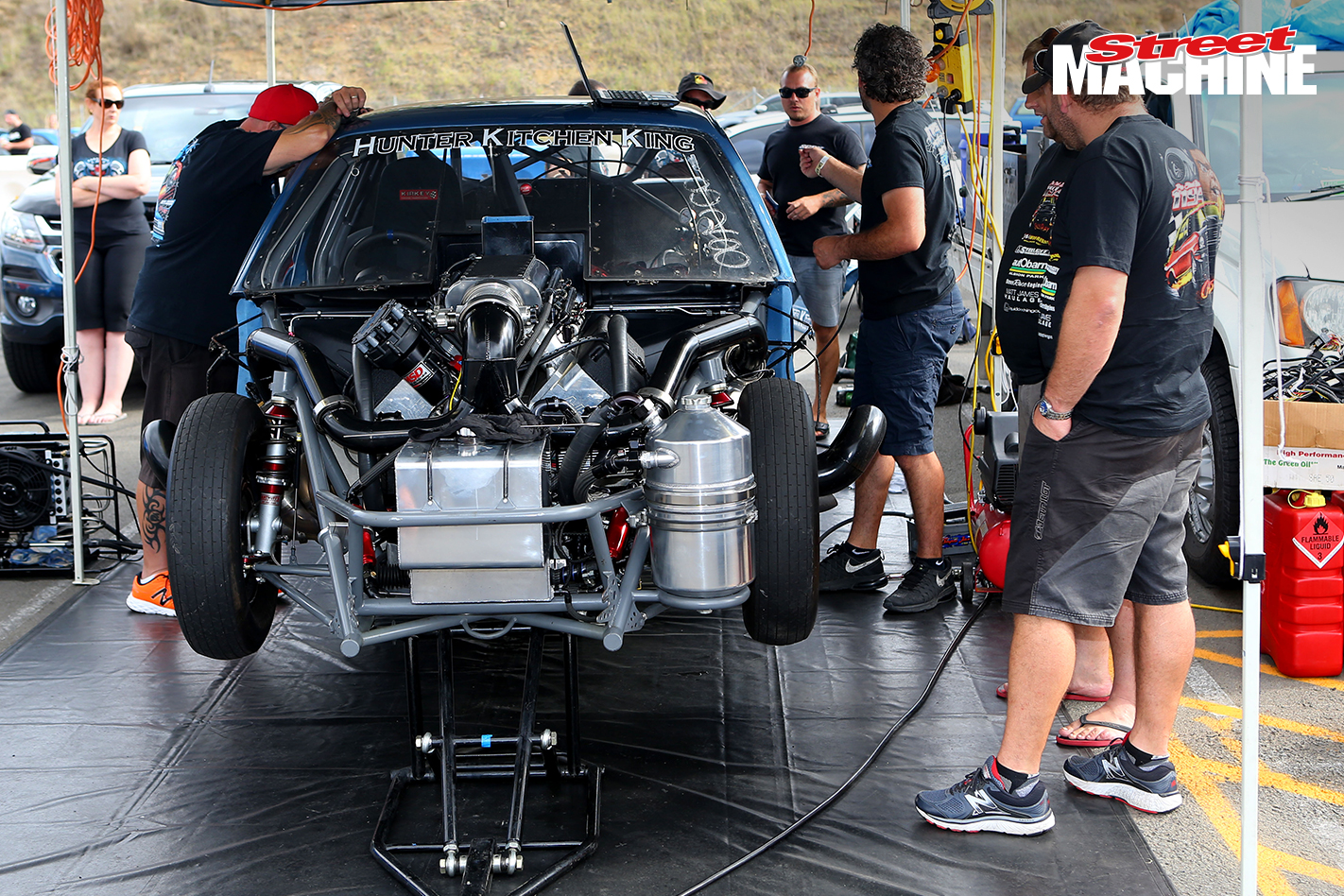 He then decided to give the VB another rebuild, this time opting for a mega-horsepower 481X Pro Line Racing engine. Boasting 526ci and making around 4000hp – yes, 4000hp! – the all-billet engine is equipped with a pair of 98mm Precision turbos, and runs on methanol. 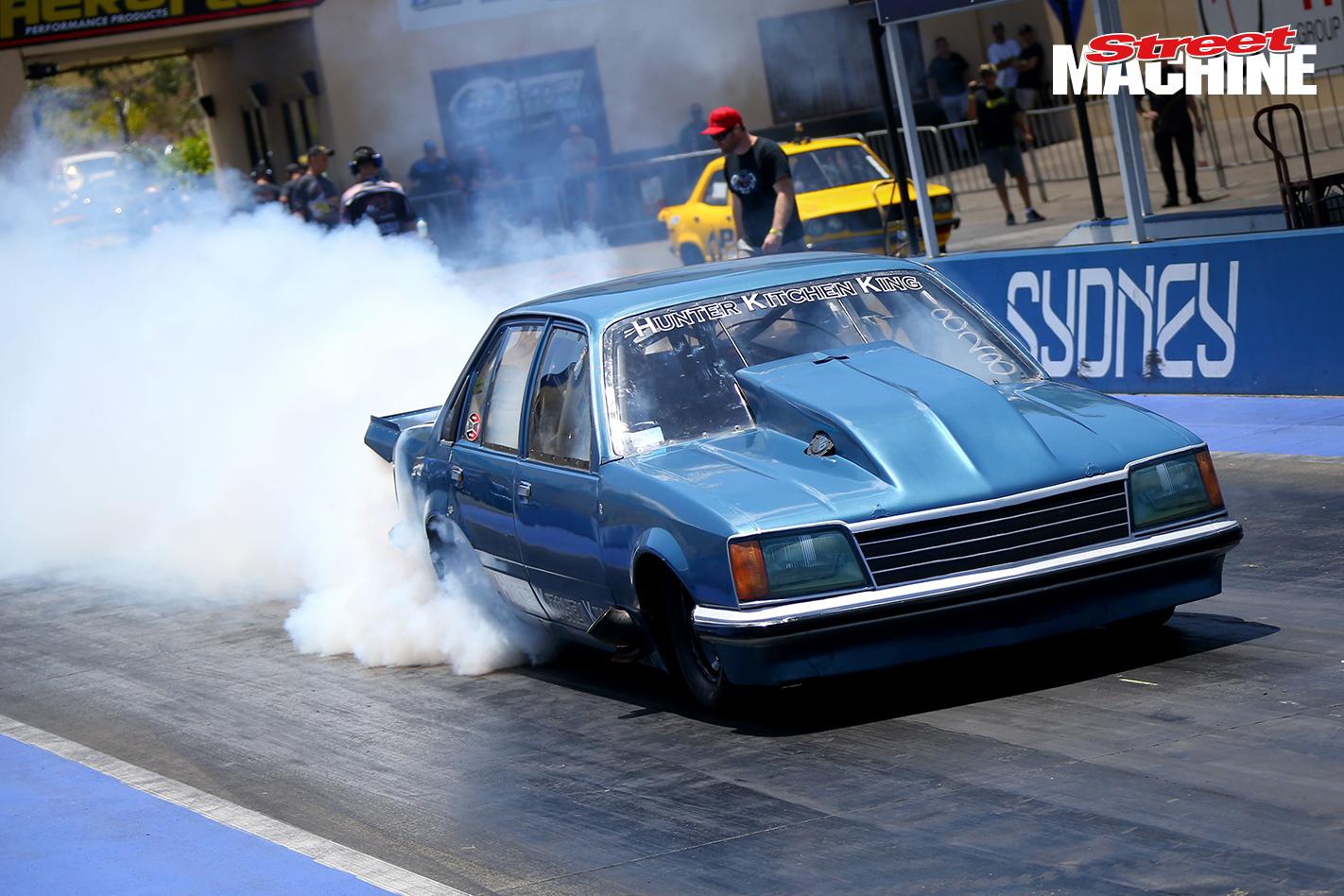 As you can imagine, Jeremy was keen to get amongst it at the recent eighth-mile grudge racing at Powercruise Sydney to do some testing of the new package. On one of his runs Jeremy lined up against Simon Kryger in his mega-tough nitrous-sniffing Torana. The pair left the line on-song, but then the VB decided to get out of the racing groove with a sharp turn to the left. Fortunately Jeremy managed to keep it off the wall. “She left the line hard and then a few seconds into the run we overpowered the tyres a little and she wanted to kiss the wall, but I managed to save it, luckily,” he said. 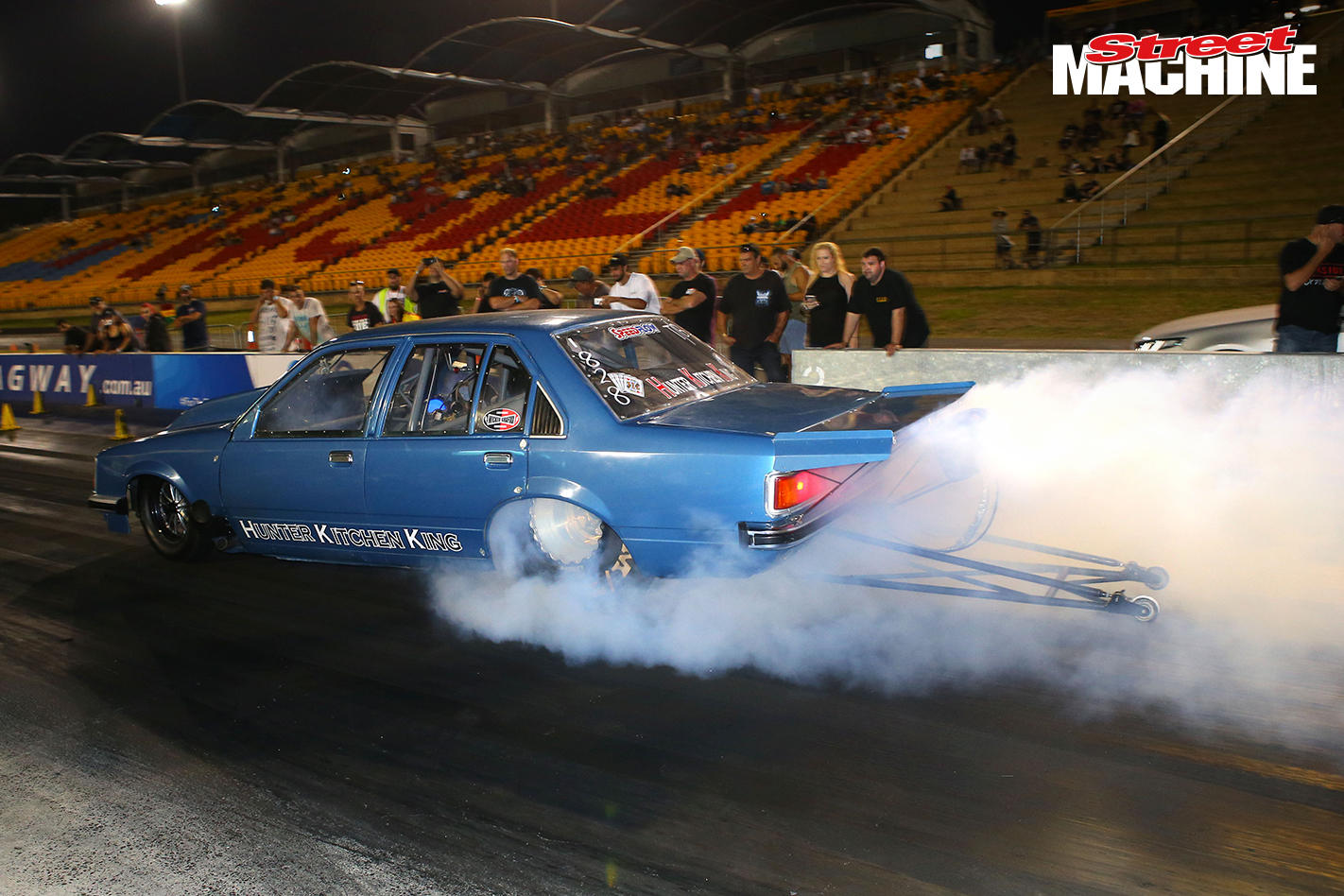 Jeremy’s overall goal for the VB is to run 5.90sec quarter-miles, and prove to everyone that you don’t need the latest and greatest USA-built Pro Mod car to do it!

“I have the best chassis builder and tuner in Australia – Craig Burns from SCF Race Cars – and the best engine package from Pro Line,” Jeremy said, “so there is no reason why the goal can’t be achieved.”

We reckon the JET Racing VB is well on its way to being the world’s quickest and fastest Commo! Check out the video to see it in action at Powercruise.