GLENN Henley bought this cool Datsun 1200 ute off Street Machine Drag Challenge veteran Louis Younis a few years ago. The ute was originally intended to be a burnout hack for Glenn and his son, but after the rear panels were destroyed by a few skids, he decided to clean it up and, well, it turned into a very tidy race car. “We ended up cutting the whole floor out and starting from scratch, and put a four-link coil-over rear end in it,” Glenn explains. 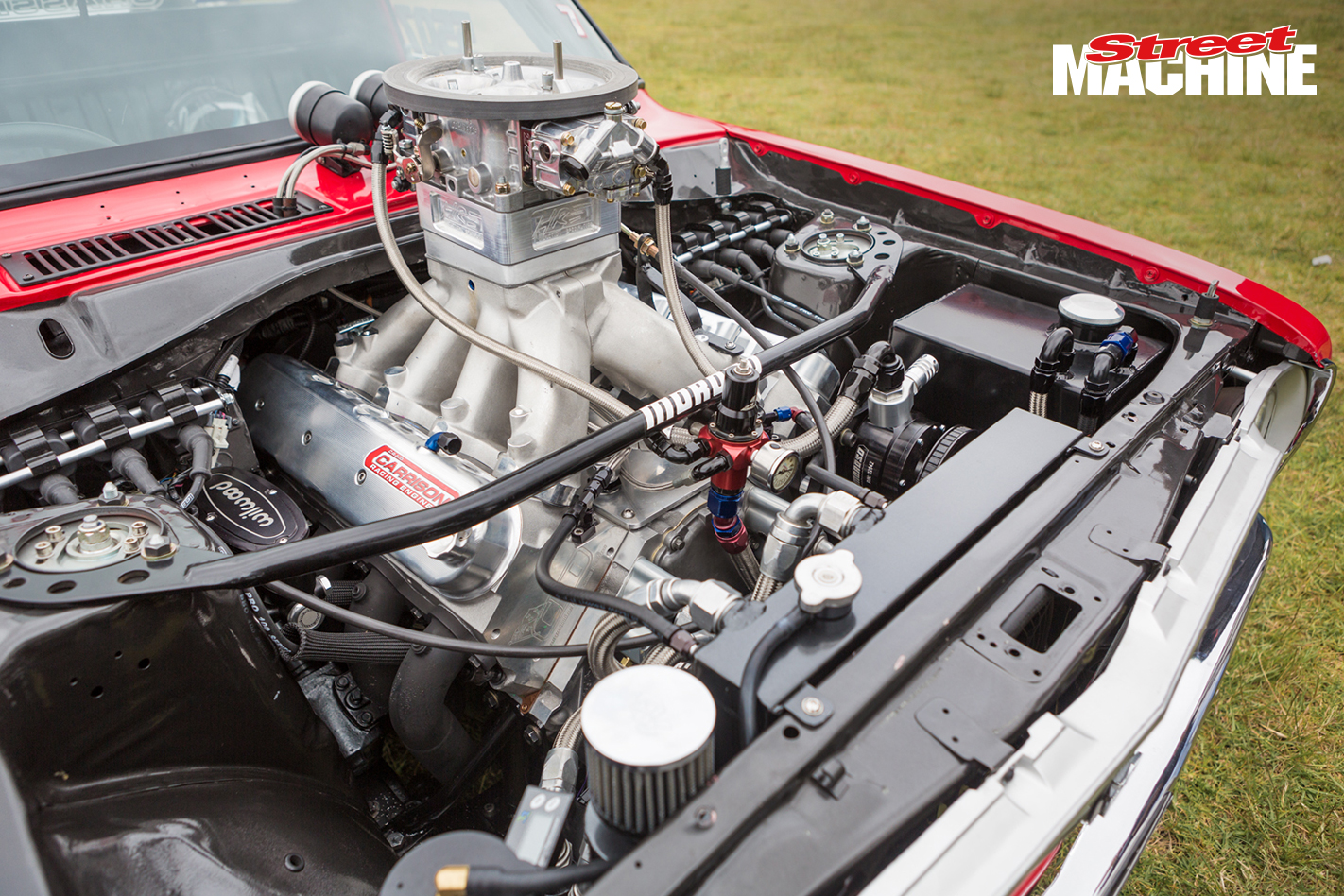 As for the motor, he went with an LS-based 440-cube Warhawk donk from World Industries. Aspirated it made around 930hp on the engine dyno, and in a light car like the Datsun it really gets up and boogies. Drive hits the rears through a Powerglide and nine-inch combo. 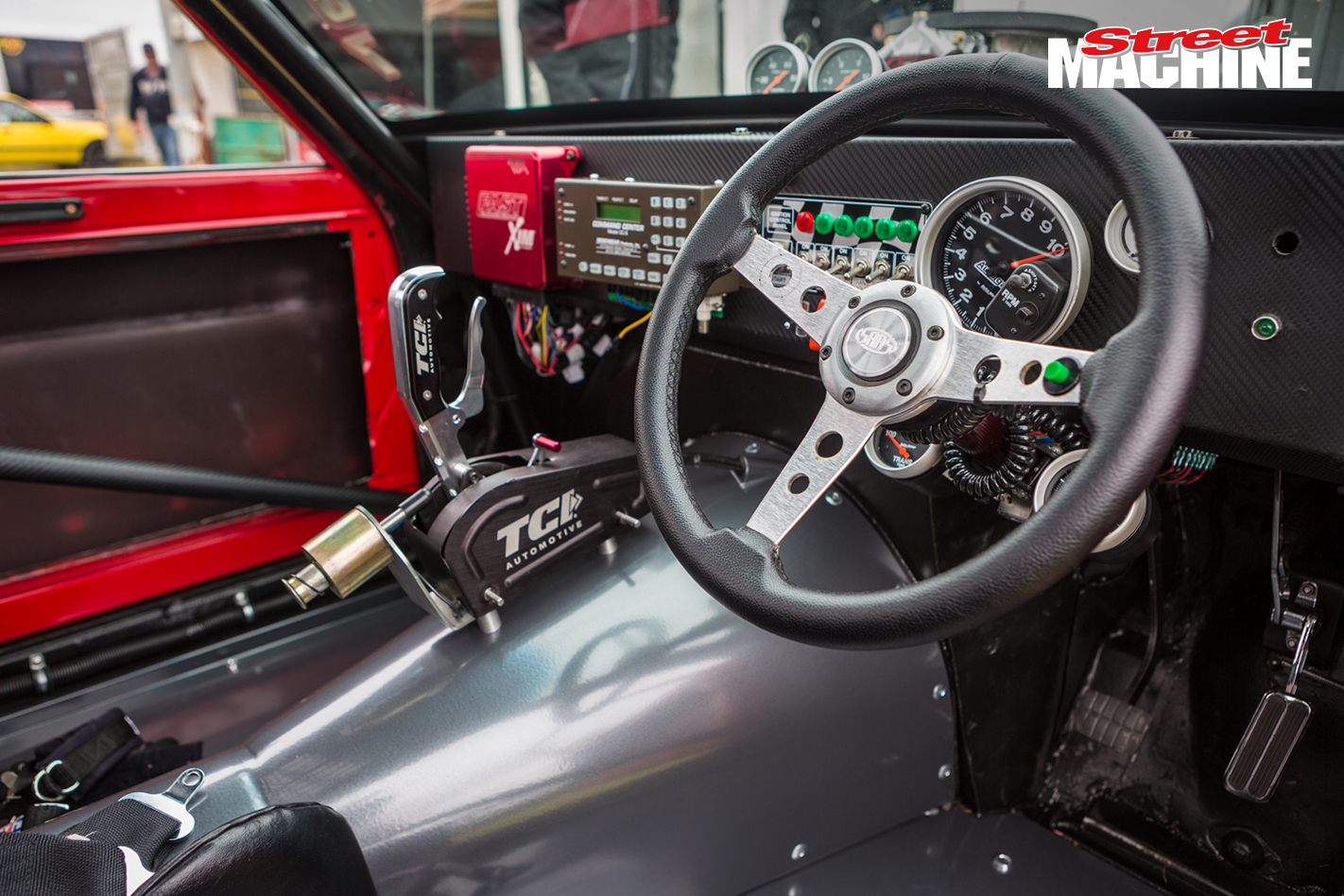 You’d think that with such a small car with a short wheelbase it would be a bit of a handful, but Glenn reckons it’s always gone straight without too many dramas. “It’s light and we’ve got a pretty big tyre so it has gripped pretty well,” he says. 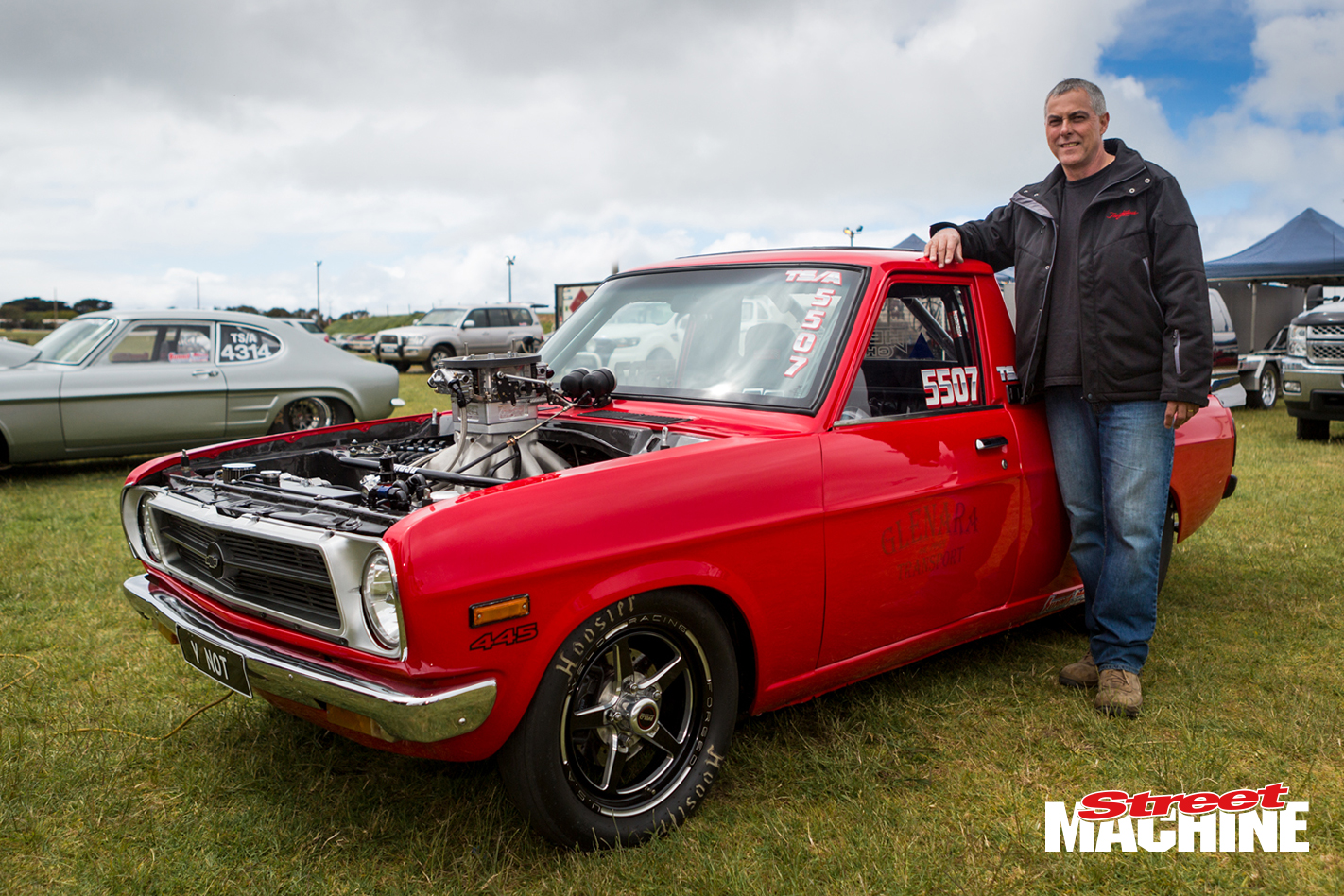 His issue with the car isn’t in the chassis set-up, it’s the electrical gremlins. “For some unknown reason it gets to a certain rpm and then it starts misfiring,” he says. “We’ve replaced every control unit on the car, everything in the ignition system and it still does it, but only when it’s in the car.” On the engine dyno it spins up perfect, Glenn reckons. 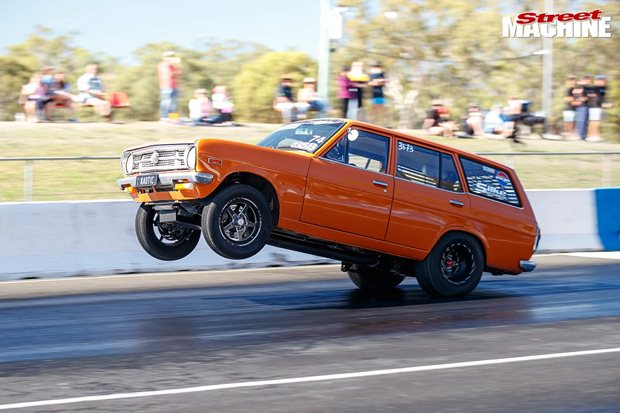