A VN V6 Commodore might not be everyone’s cup of tea, but we reckon Craig Wright’s example might peak your interest. Using an L67 3.8-litre V6 block and crank, TERAFI runs eights thanks to a stout twin-turbo setup, and makes somewhere in the vicinity of 800rwhp. 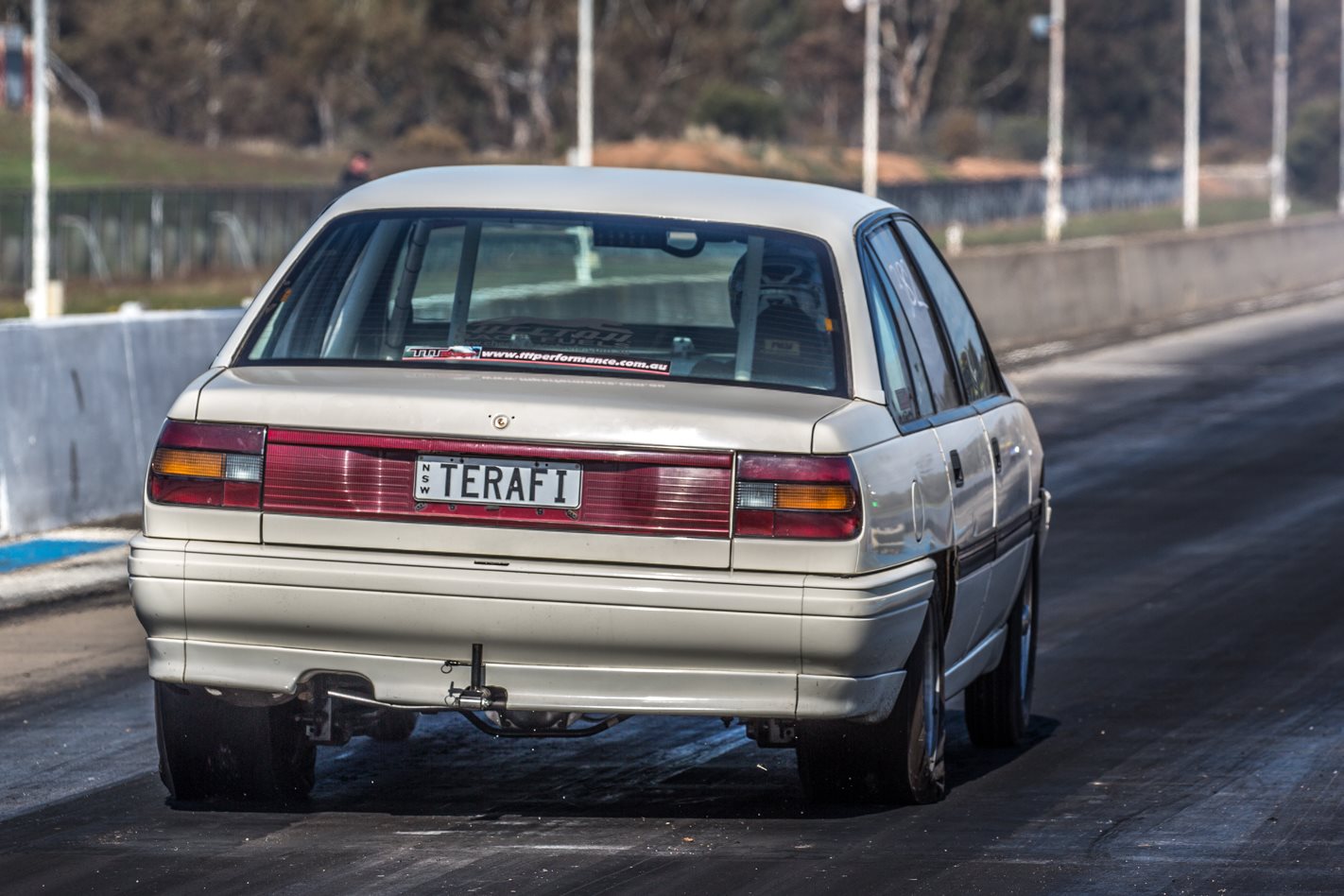 The motor in Craig’s VN started out as late-model supercharged VT Calais unit, and was built up with Pure Performance Motorsport rods, Arias forged pistons and CNC-ported heads by good mate and driver Daniel Rudge. That set-up ran tens in street trim VT, but unfortunately the car came off a trailer a few years ago and was beyond repair. A VN Commodore shell was donated to the cause and the running gear from the Calais was transferred into the new body. 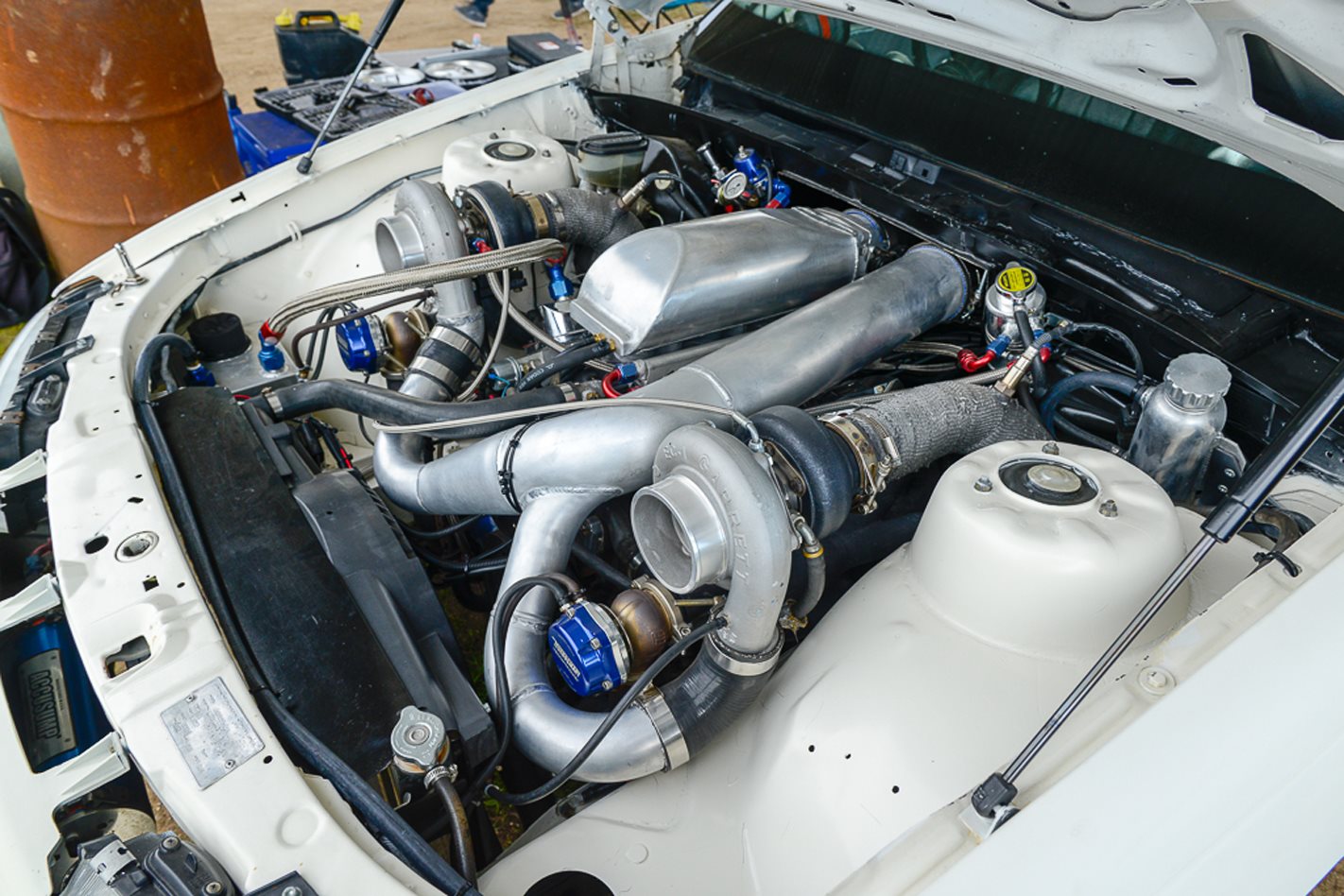 The decision was then made to go twin turbo and the car has been getting quicker and quicker ever since. The boys recently made the switch to billet wheel Garrett GTX3582R snails and a water-to-air intercooler setup, with great success. Daniel was still tuning the new combo at the Holden Powered Nationals at Heathcote on Saturday, and on 29psi with minimal timing the car went 8.98@160.66mph! 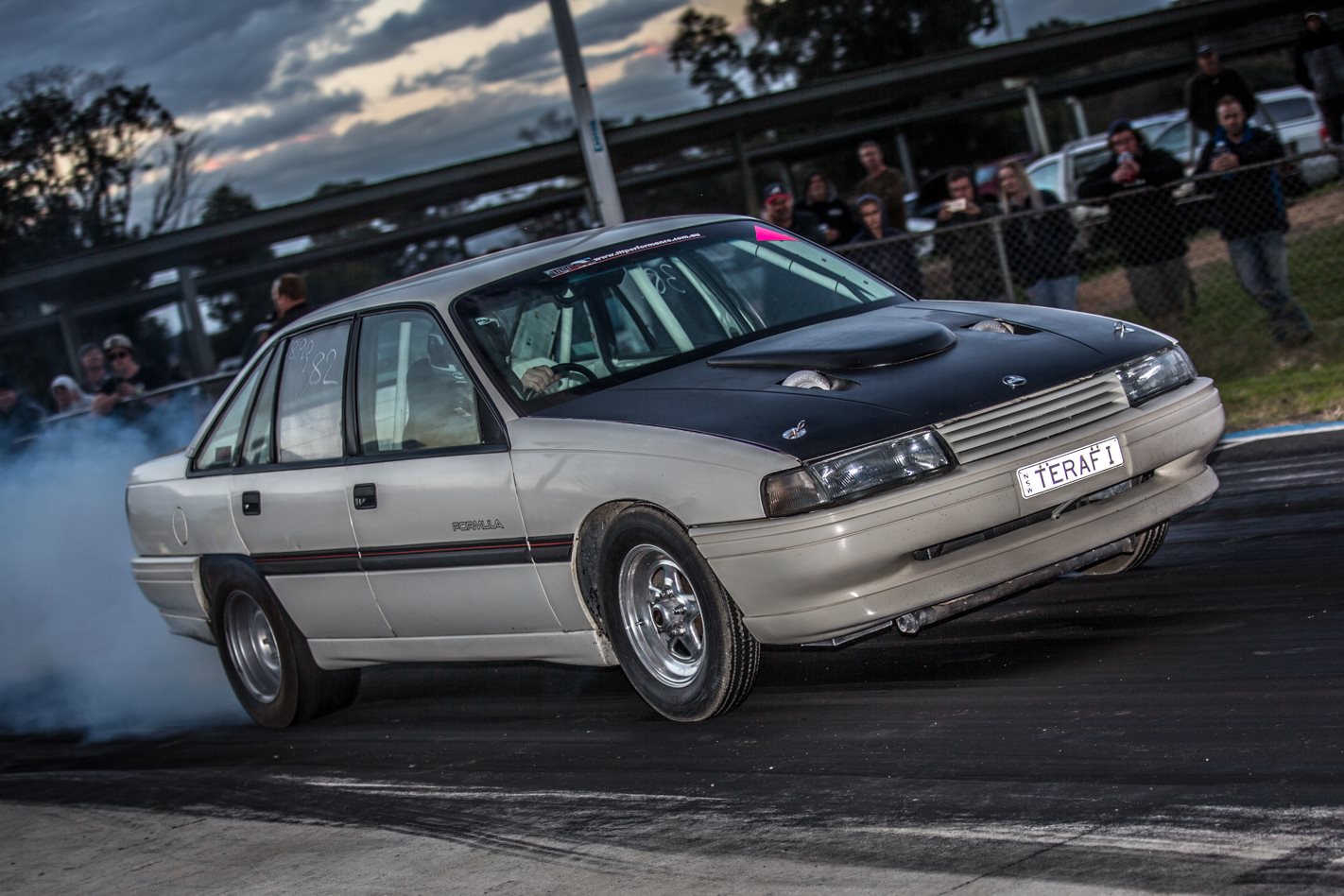 Previously the car has run a best of 8.81@158mph; the higher trap speed at Heathcote indicative of the car’s extra potential with the new turbos. With a bit more fine tuning and fresh tyres, Daniel is certain the ETs will start to tumble.

The rest of the car is fairly simple. The gearbox is a transbrake-equipped Powerglide which is teamed with a factory 28-spline VN Commodore Borg Warner rear end, modified with a full spool. Yep, eights on a 28-spline Borgy!

Check out the video to see the car in action. Thanks to the guys at fullBOOST for sharing their race footage of TERAFI with us.