WHEN it comes to quick late-model IRS Holdens, Luke Grima’s Gen-F HSV Maloo shows some serious potential. On its track debut, the full-weight six-speed ProCharged ute dipped into the nine-second zone on factory 20-inch alloys, while retaining the stock IRS rear end, and it seems like there’s plenty more to come. 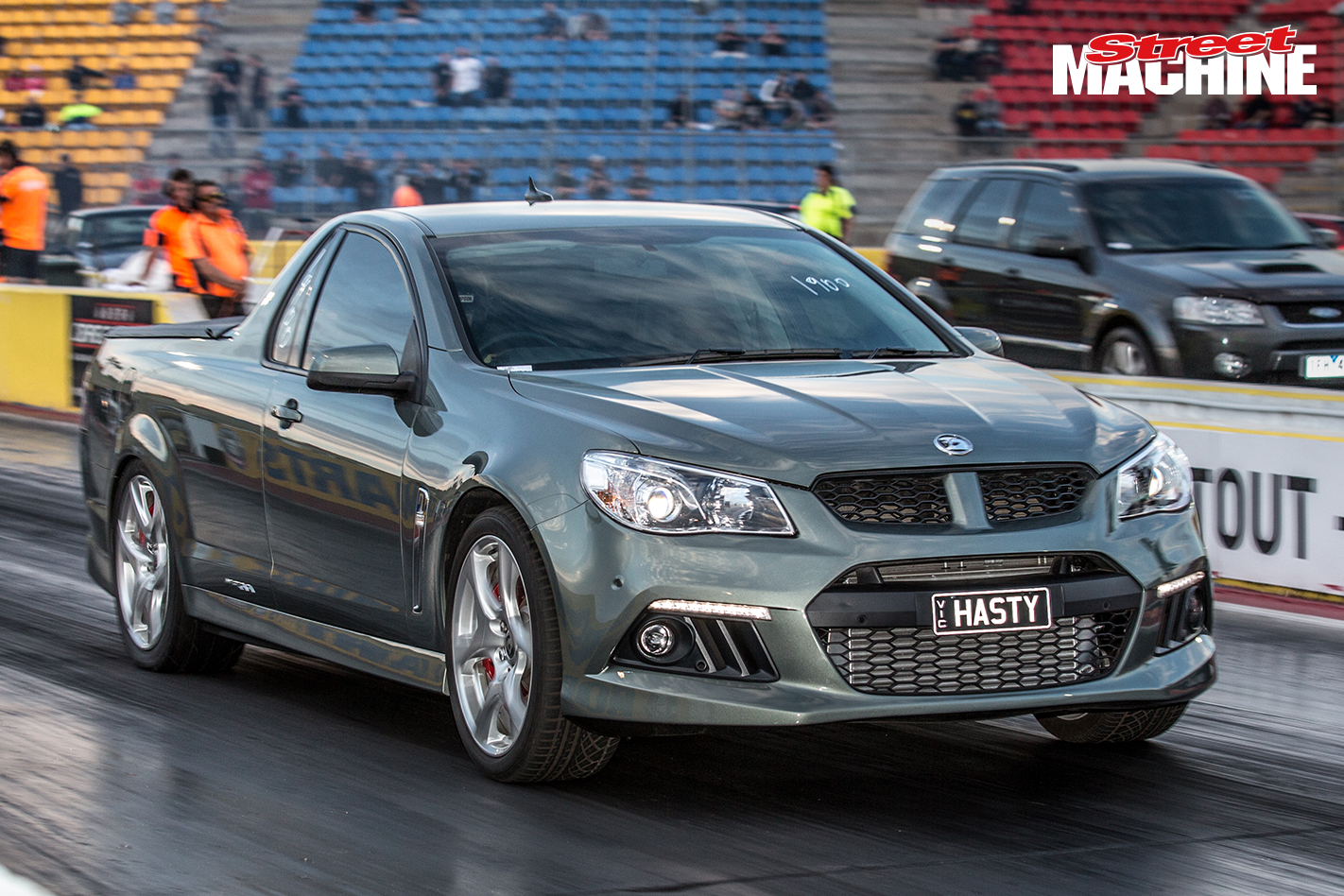 Under the bonnet the original LS3 has been swapped out for a built Dart 427ci LS Next with Higgins HRD six-bolt heads and Plazmaman intake manifold. The whole deal is boosted by a monster F2 ProCharger running 17psi, and on GM Motorsport’s chassis dyno the combo made just shy of 900rwhp on E85 fuel. Why go ProCharger over a turbo set-up? That’s simple. “I wanted to do something different, and I like the sound of a ProCharged engine,” said Luke.

The F2 blower is one of the big boys and rated at 1600hp on 30psi. So far, with high intake temps due to intercooler issues, it’s made 891rwhp with the factory GM computer. “We had 58-degree intake temps on the dyno and the ECU starts to pull timing out at 50 degrees, so it will make more once I get a new ’cooler,” Luke said.

Interestingly, the car also retains the original GM six-speed auto, which Luke has rebuilt. “Yes, you can have a ’Glide or a TH400, but with a nice late-model car, you lose driveability, and the six-speed can be built to last,” said Luke. “We’ve gone through it from back to front and changed everything; it has billet shafts, new clutches, modified valvebody and pump and custom computer tune. It drives like a normal factory car. 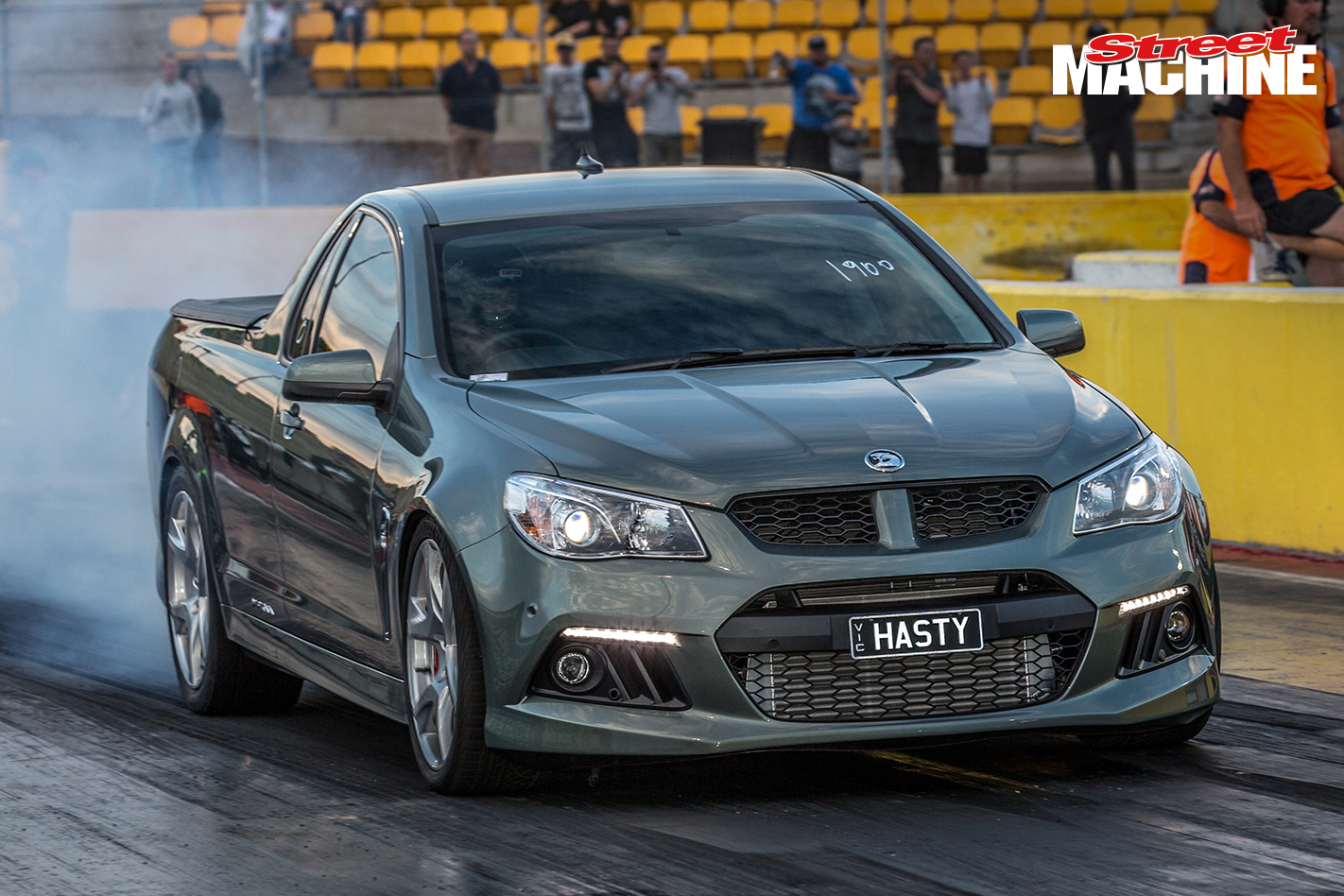 “The other benefit is you can leave it in automatic and it shifts perfect every time,” he continues. “Or you can even launch in second gear and ride the converter a bit more.

“I just drove it off the startline and on its first pass it went 10.60, but the ProCharger belt started to shred. We replaced it and finished the night with a 9.96@140mph with a 1.7-second 60ft, again just driving off the line.” Luke still has the ability to stall it up on the startline, and with a bit more grunt afforded by a new intercooler, this thing is bound to go quicker.

Once it’s all dialled in, the killer motor is coming out and going into another car for next year’s Street Machine Drag Challenge. Luke had his eight-second Magnuson-blown Torana at Drag Challenge in 2016 and finished fifth in Haltech Radial Blown.

Check out the video from the guys at Full Boost to see the car in action!