AN AUSTRALIAN team has claimed the honours in the $10,000-to-win Horsepower Wars Drag Shootout, which saw its decider contested at Lights Out 11 at South Georgia Motorsports Park over the weekend.

Drag Week regulars Jamie Farmer and Robby Abbott, plus Campbell Farmer, Nathan Clarke, Nigel Alexander and Jon Hedrick, were accepted into the shot-for-YouTube competition early last year and formed Team Enemies Everywhere. Kev Morton and Ross Wye were originally on the team but were not able to make the postponed date, which led to Campbell, Nigel and Jon filling in. Steve Metcalfe also joined the team at the track.

The premise of the show saw four teams purchase one of six pre-selected $500 vehicles, which they were to upgrade into drag-ready beasts with a $10,000 budget to spend and 10 days to do it. The picking order was decided by a hot rodder ‘Olympics’, which included packaging a parts order and delivering it to different stations, a ring-toss game, and a bolt-matching challenge where the teams had to match bolts to the right nuts. Farmer and company did not begin well, finishing last.

Watch next: Lights Out 11 at South Georgia Motorsports Park - video

Their first choice was a 2004 Ford Mustang, but they had to settle for a 1998 Camaro instead, regarded as a tricky option due to its engine placement and rear end. But the Australians rallied, and in went an LS3 with an 80mm turbo (the maximum allowed by the rules). 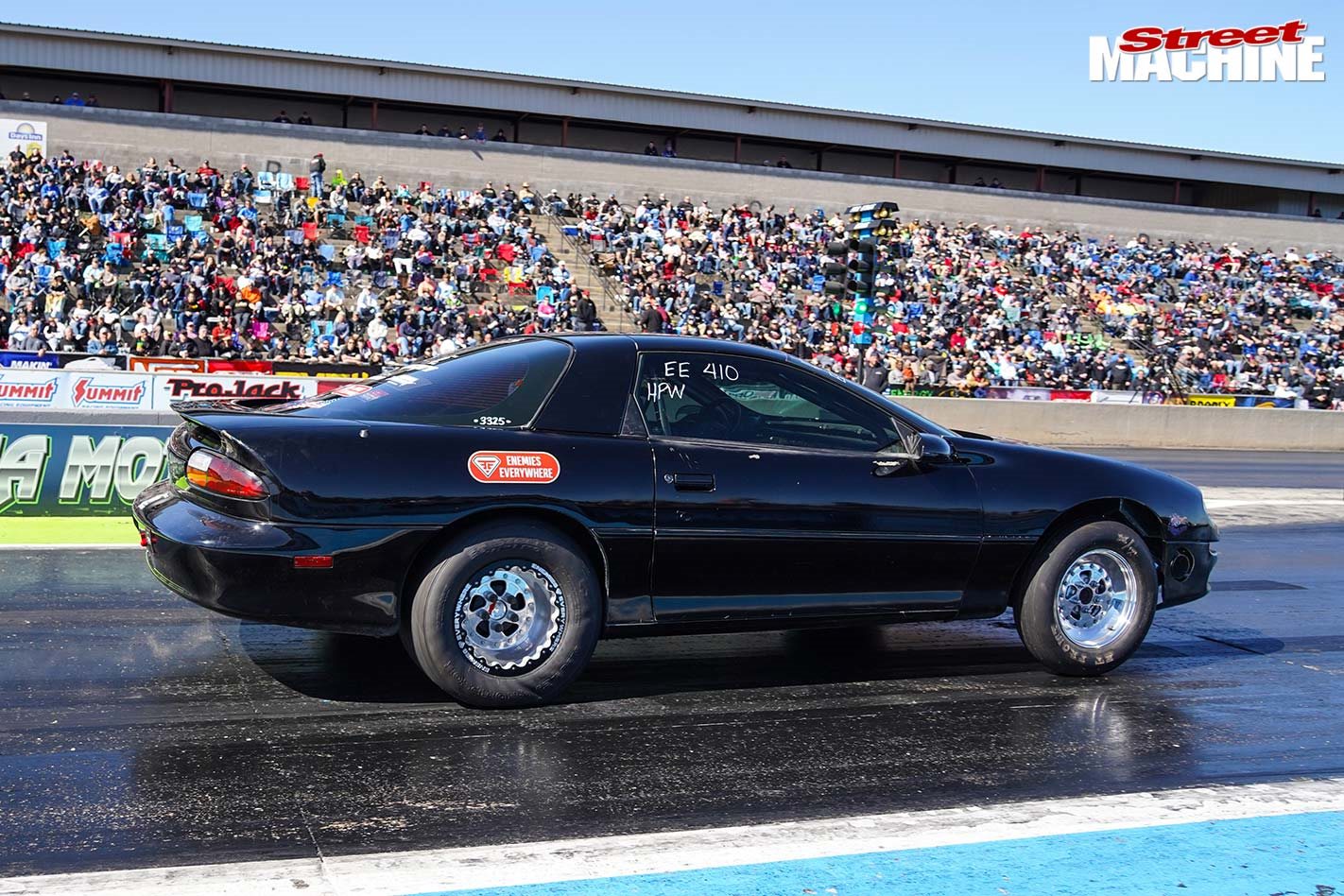 Horsepower Wars took a bizarre turn in September 2019, when all the cars were severely damaged by a fire while in transport. Farmer’s Camaro was the least injured of the lot, though it still needed a bunch of wiring replaced. The scheduled final at No Mercy was postponed to Lights Out to give the teams a chance to rebuild.

Once they got to the track, the Australians shone. Farmer top-qualified with a 5.59 and took out the Dream Team Mustang with another 5.59 in round one.

That set up a final against reigning Horsepower Wars champion Lyle Barnett and Team Bigun. Despite Barnett’s nitrous Ford Granada wagon being plagued with issues, the Aussies were still regarded as the underdogs. Farmer didn’t let the title stick though, as he holeshot Barnett .107 to .115 and then marginally outran him 5.721@121mph to 5.722@115mph.

“We dominated all weekend, but I think the turbo might be a little hurt,” Farmer said. “It was getting slower and slower and I knew Lyle was stepping up. I had to be sharp off the line and we just got him on the other end.

“We came over here and took on the world’s best in their own backyard and we dominated. Not only did we win the competition, but we made lifelong friends.”