Sport compact drag racing is big in Florida thanks to the strong influence of Puerto Rico, the small US island territory. The fans and racers are as passionate as they come, with brightly coloured shirts representing their favourite race cars and air horns going off in the grandstands. The Australian drivers enjoyed something of a hero status with the spectators, pausing many times a day for selfies and autographs. Two world records were set by the Aussies. The first came from Willshire, who piloted his Jett Racing Mitsubishi 4G63-powered Eclipse to a 6.200-second pass during testing before the event – making him the owner of the quickest four-cylinder sedan in the world. The old record of 6.228 by Tekno Toyz Racing’s Nissan 200SX was barely a month old. 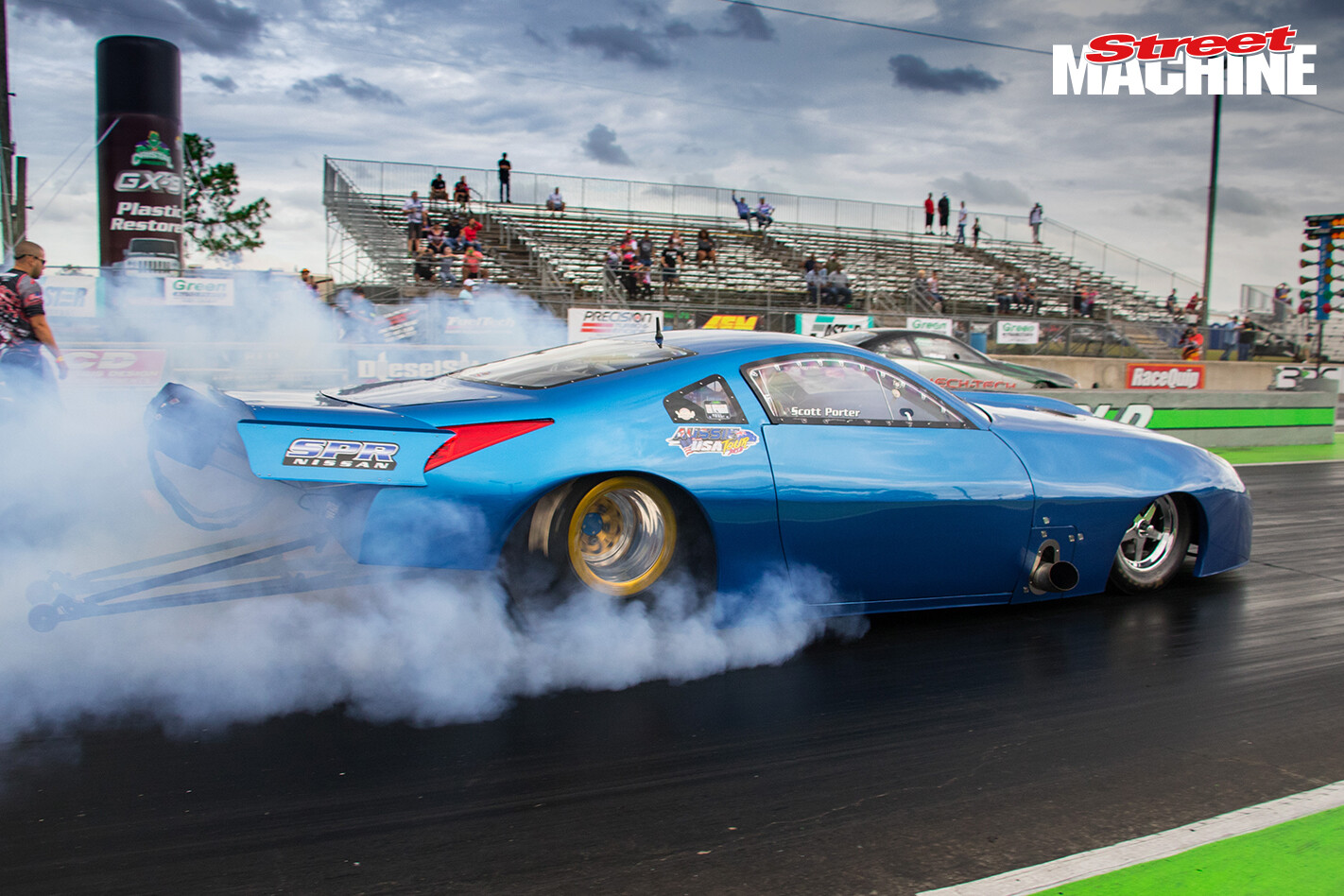 Next to set a mark was Scott Porter. His Nissan 350Z, equipped with a VQ35 V6, became the quickest Nissan-powered vehicle in the world with a 6.030, besting the former record of 6.065 held by Puerto Rico’s Lazcano Racing. While Porter had several runs with increments good enough for a five-second pass, engine dramas held him back from more full runs. Race day saw a mixed bag for the assembled teams. Willshire made it through round one with a strong 6.22 pass, but withdrew with some hurt bearings. Porter also took a win light, but like Willshire succumbed in the pits. After barely making the field in the Extreme class, Rod Harvey lost in round one, as did Kajewski. Hepburn was top qualifier in Street Rod on her radial-tyre Toyota 86, but bumped through the beams while staging and took a surprise first-round exit as a result. Australian hopes thus largely rested with Bettes, driving the Jett Racing Datsun ute, also powered by a 4G63. After setting a new personal best for the car of 6.94 in testing, the current Australian Top Fuel champion used her skills on the tree to great effect during racing.

A bye run saw her through the first round before she claimed a holeshot scalp in the second round, with a .008 reaction time getting a 7.04 across the stripe before her opponent’s 6.99.

A 6.99 in the semi-finals pushed Bettes into the final round against Hector Mendez’s Mazda RX-7. After putting a tenth on her opponent at the green light, Bettes had to get out of the throttle when the ute got loose, leaving Mendez to take the win.