LAST Friday night’s test and tune at Calder Park was one of the biggest of the year so far. Clearly, the cool temperatures tempted a whole lot of people to grab some fresh rubber, don the overalls and get racing! The boys from MPW Performance were out in full force all night, with Luke Foley’s twin-turbo 427ci VH Commodore streeter and a whole bunch of customer cars. Luke came so close to that elusive seven-second pass once again, running a couple of 8.0s on the limiter and spinning tyres through the top end of the track. Once that thing can lay down its huge power, it’s only a matter of time until it cracks a seven. 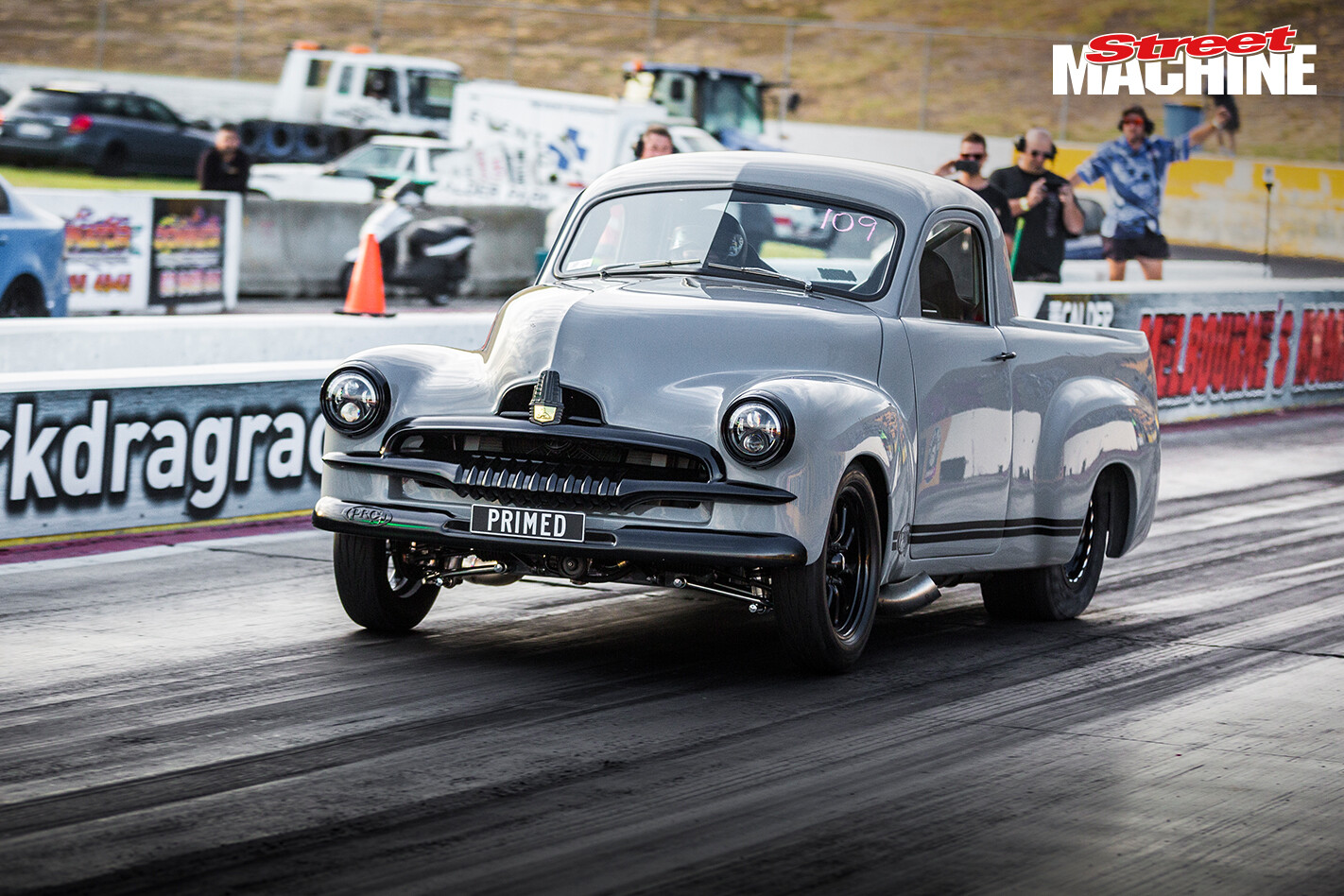 Troy David raced his fresh FJ Holden ute for the first time since Red CentreNATS in Alice Springs, where it won Grand Champion. This show-quality twin-turbo LS-powered humpy ute also scored really highly in the Summernats Grand Champ judging, and has been at MPW since for a mechanical check and tune before getting seriously into some racing. After a bunch of half-track runs, it went 8.50 off the pedal at 1000ft with wheelspin. Very impressive! 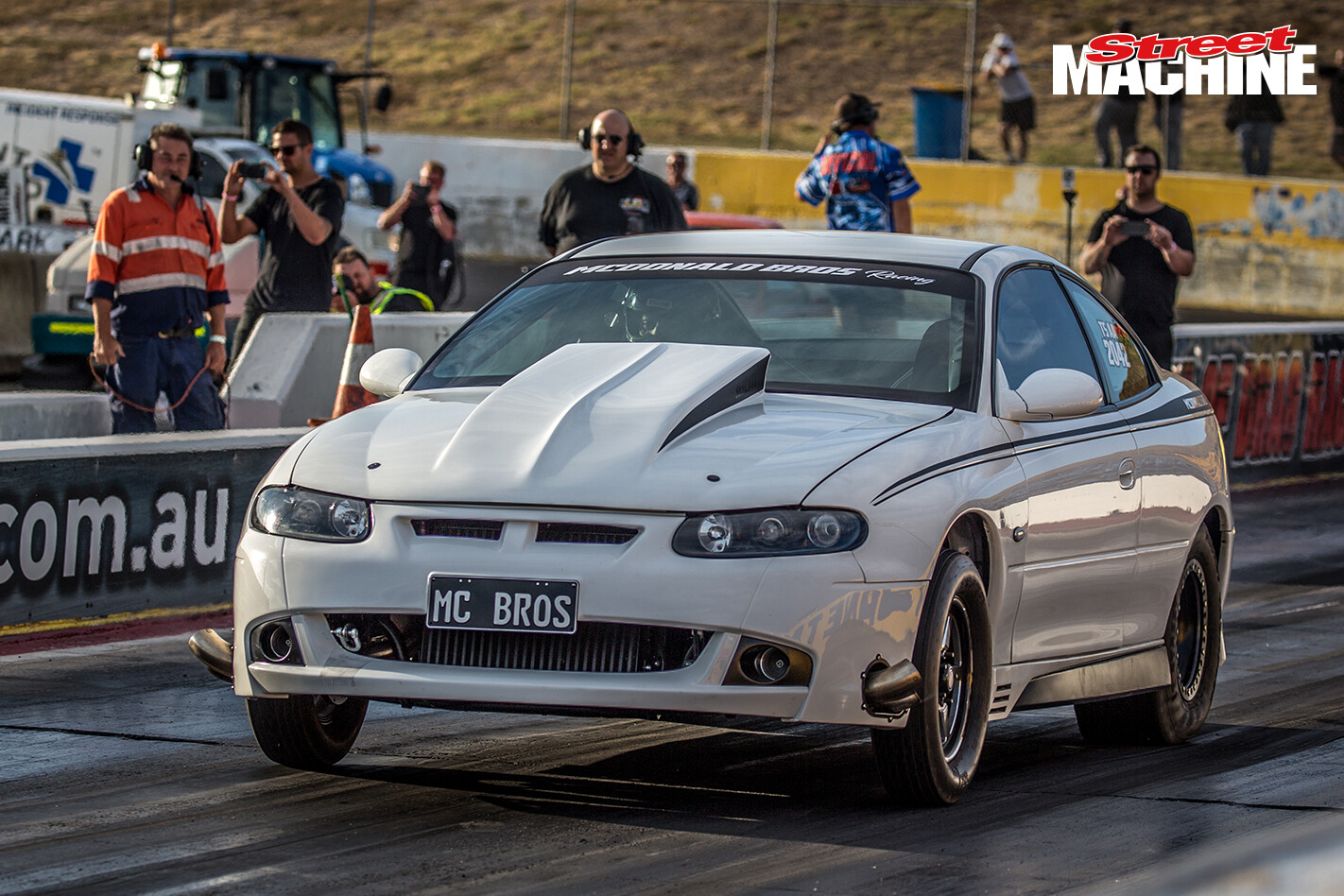 Chris McDonald from McDonald Brothers Racing also had a really successful night in the twin-turbo small-block Chev-powered Monaro. After a very scary save in the top end during his first pass, he kept tweaking it and finished the night with a new PB of 8.24@177mph. Frank Biondo also ran a PB in his little Mazda Capella, powered by a twin-turbo LS! We saw this car on the dyno a few months ago making around the 1000rwhp mark, and on Friday it put that grunt to good use and laid down an 8.18@172mph.

My highlight of the night had to be seeing Lance Tartner’s full-weight R35 GT-R run 8.42@171mph. I reckon it’s the quickest-accelerating street car I’ve ever seen at the drags from zero to about 330ft – it’s insane. The thing makes over 1500hp to all four wheels and runs a MoTeC ECU. It’s got the gear to run sevens; the issue at the moment is keeping it in a straight line.