DALE Heiler’s Castle Hill Exhaust & Performance-built VT Commodore has been around the traps for a number of years now. The full-chassis race car used to run a 436ci LSX donk with all the fruit and a big single Garrett GT55 turbo. 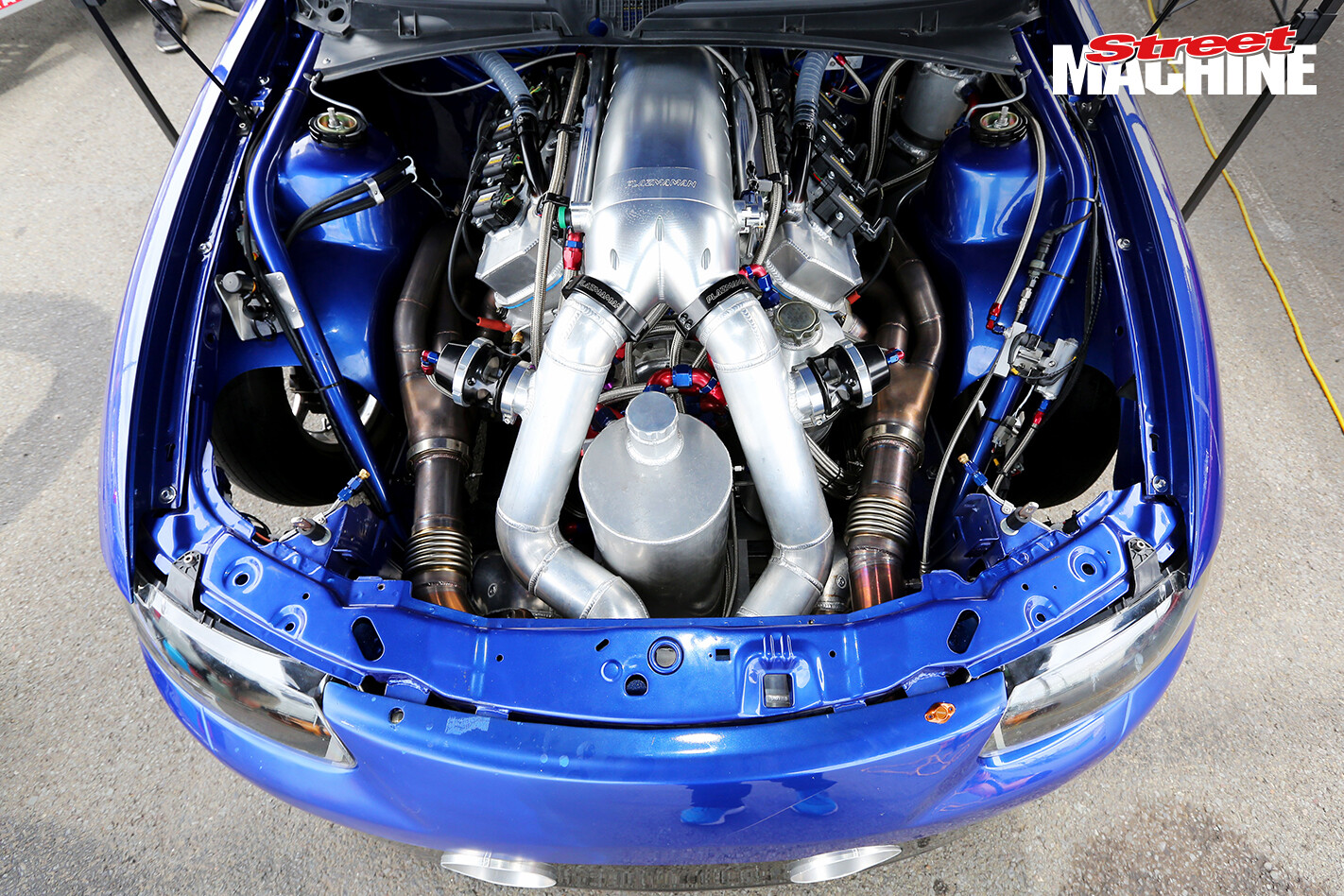 That motor took the heavyweight VT to a PB of 7.3@194mph before it went into Nathan Farrugia’s Mazda RX-3 with twin turbos. Back in 2017, Nathan claimed the quarter-mile world record for a 275 radial car, running 6.77@208mph. So yes, that motor was a killer bit of gear. However, that left the VT engineless, so Dale stepped up to a big-block.

MOREGet a hot deal at WhichTyre.com.au The big blue Commodore now rocks a 548ci Dart Big M with a Callies Magnum crank, JE pistons, GRP rods and Brodix heads, topped off by a Plazmaman billet intake manifold with 16 injectors. This time Dale has gone for twin 98mm turbos, and the result is 2400rwhp on 28psi. So far the car has seen a 7.0@207mph, and Dale expects to see sixes out of it in the near future.

“It’s the workshop car; I just drive it,” said Dale. “The boys at the shop do most of the work on it, and they’re largely responsible for how it performs.” We caught up with Dale at Sydney Dragway’s Lights Out event last weekend, where the car went 4.61 in the eighth-mile.