GEELONG lad Tim Bailey has been to every Street Machine Drag Challenge event, and two out of three were done in daily-driven 10-second VZ SS utes rocking ProCharged 6.0-litre V8s. Tim’s current silver VZ was built from a bare shell in seven weeks, with the work being done after hours and on weekends to be ready for Drag Challenge 2016. 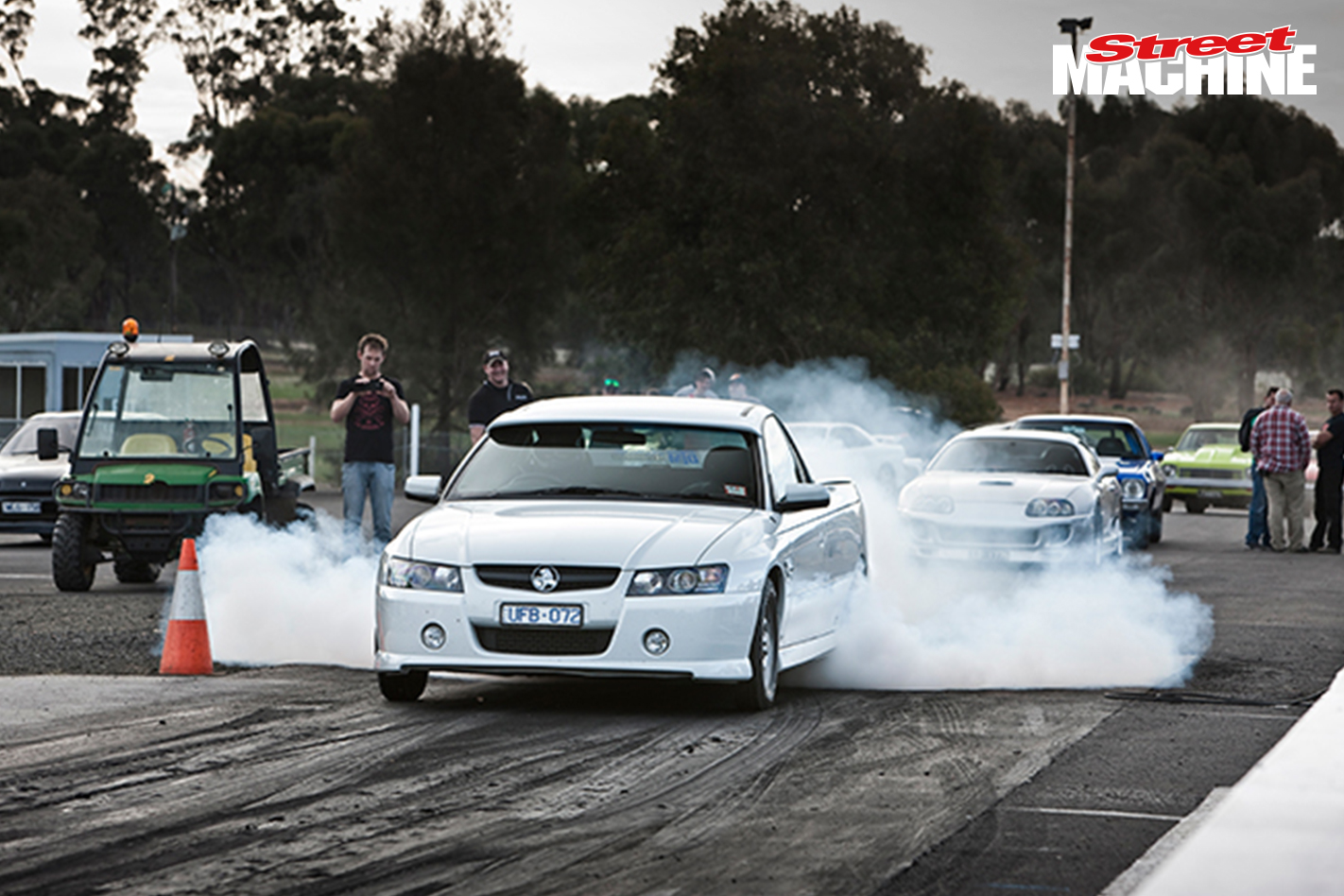 “Basically the silver VZ is my old white ute that I did the first Drag Challenge with in a new shell,” said Tim. “I bought it in ‘as is’ condition, stripped it down to a bare shell and then transferred everything across, including the immaculate interior from the white car, because the silver one was pretty run down.”

To help account for the many differences between the damaged Series II white car and the earlier series silver car, the wiring loom and steering column were also swapped over. The driveline was carried over with a few choice improvements here and there.

“It still has the 6.0-litre block from the white car, but I’ve upgraded to Compstar rods and CP Bullet pistons with lower comp,” explains Tim. 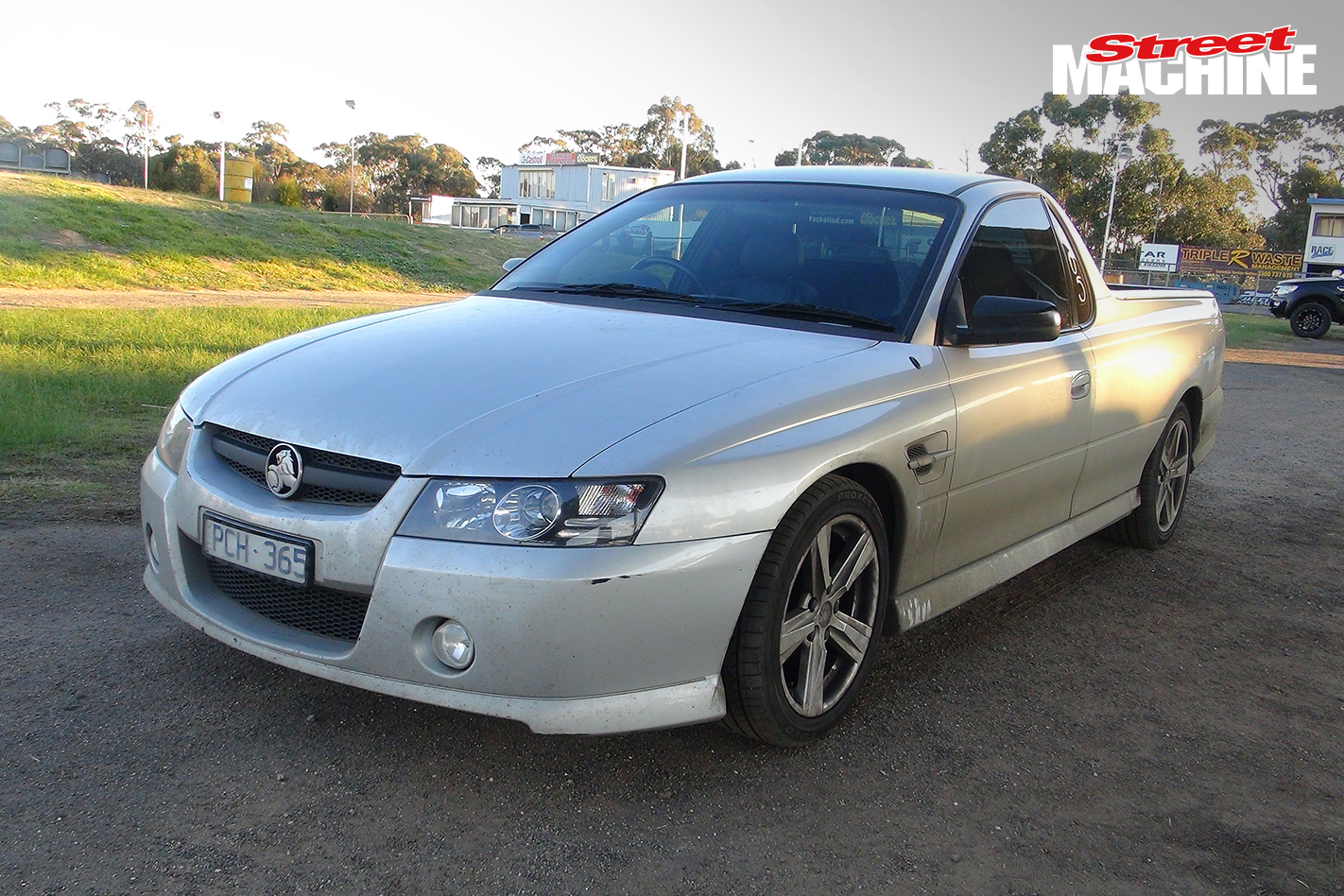 Otherwise it’s a stock crank and factory cylinder heads, albeit massaged by Eugene Ciappara at Flowcraft, and runs the same blower cam from Bob Beam’s Brutespeed. It also retains the old faithful F1A ProCharger, but with new piping and four-inch thick Plazmaman intercooler.

“Basically we just did the rods and pistons and GM Motorsport retuned it on 15lb instead of 11, and changed to a different high-stall converter. Otherwise it’s exactly the same as the white ute, which went 10.16@138.76mph with a stock six-litre and same ProCharger.”

The DTM Automatics TH400 trans with Gear Vendors under/overdrive was also carried over. The rear end is still basically the factory IRS set-up with a full spool and 3.73 gears – half shafts are still unchanged.

“I’ve been battling axle tramp off the line for a while with this thing,” says Tim. 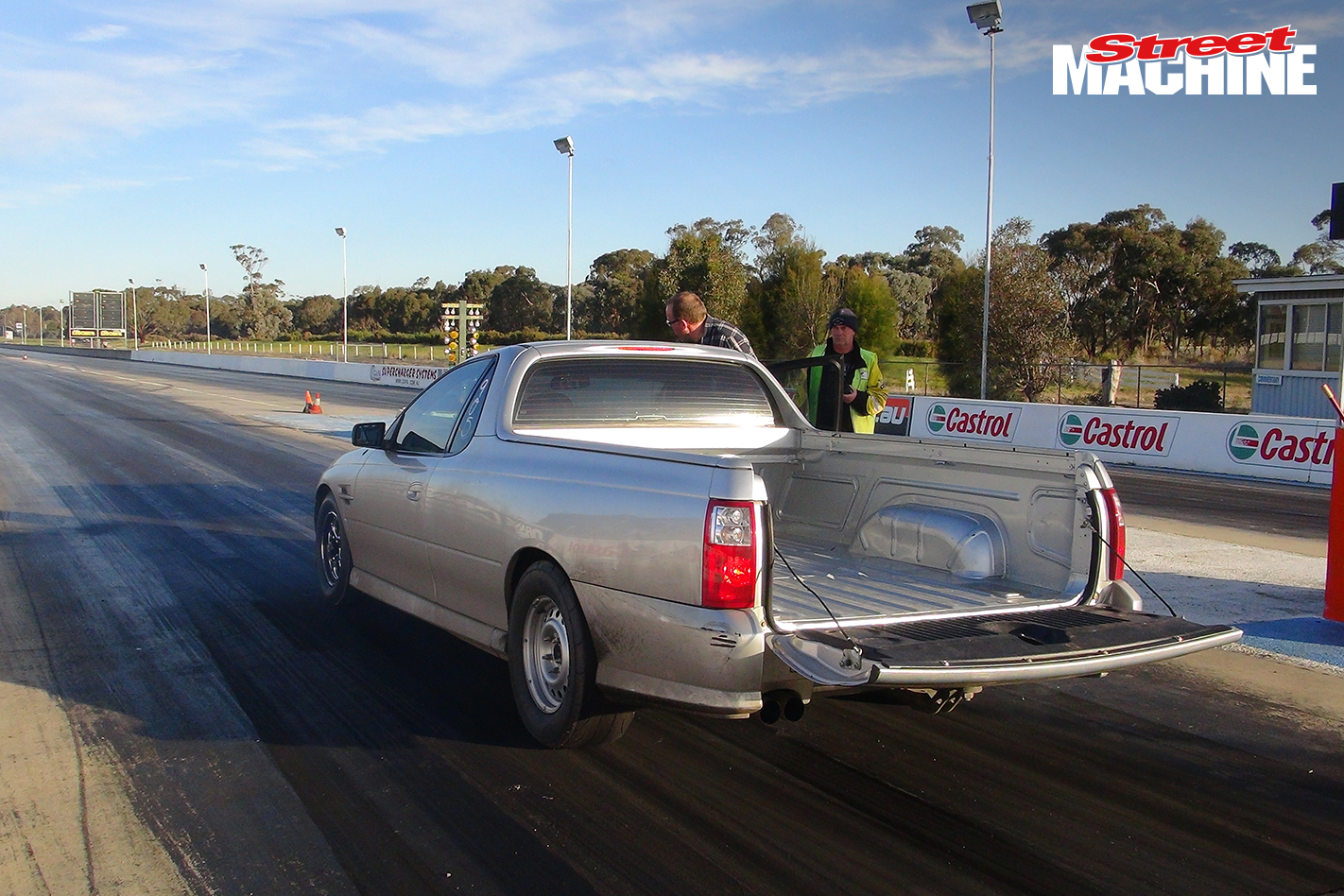 Tim was out at Heathcote last weekend doing some testing with good mate Mark Drew and his Crusty Torana. He had made the switch to a taller ET Street tyre and Viking adjustable rear shocks, and, hallelujah, no axle tramp!

“Since Drag Challenge last year (October) I’ve clocked up around 20,000 kilometres in it,” he says. “I do roughly 400 kays a week, and from street to race, all I do is swap wheels over, remove the passenger-side headlight and spare wheel and tub liner. The ProCharger and pipes are always on and running.”

Now that he’s run a nine with it, Tim is going to keep daily driving it and save the racing for Street Machine Drag Challenge 2017 in November.