QUENTIN Feast probably doesn’t need much of an introduction. His twin-turbo Torana has won Street Machine Drag Challenge twice – it’s one of the quickest true street cars in Australia.

But it’s not the quickest. There are less than a handful of cars that can call themselves genuine seven-second streeters, and Quentin wants to add his name to that list. Who is on the list? Well there’s Terry Seng, John Faraone and Adam Rogash for starters; all have completed either Hot Rod Drag Week or Street Machine Drag Challenge, and all have run in the seven-second zone. 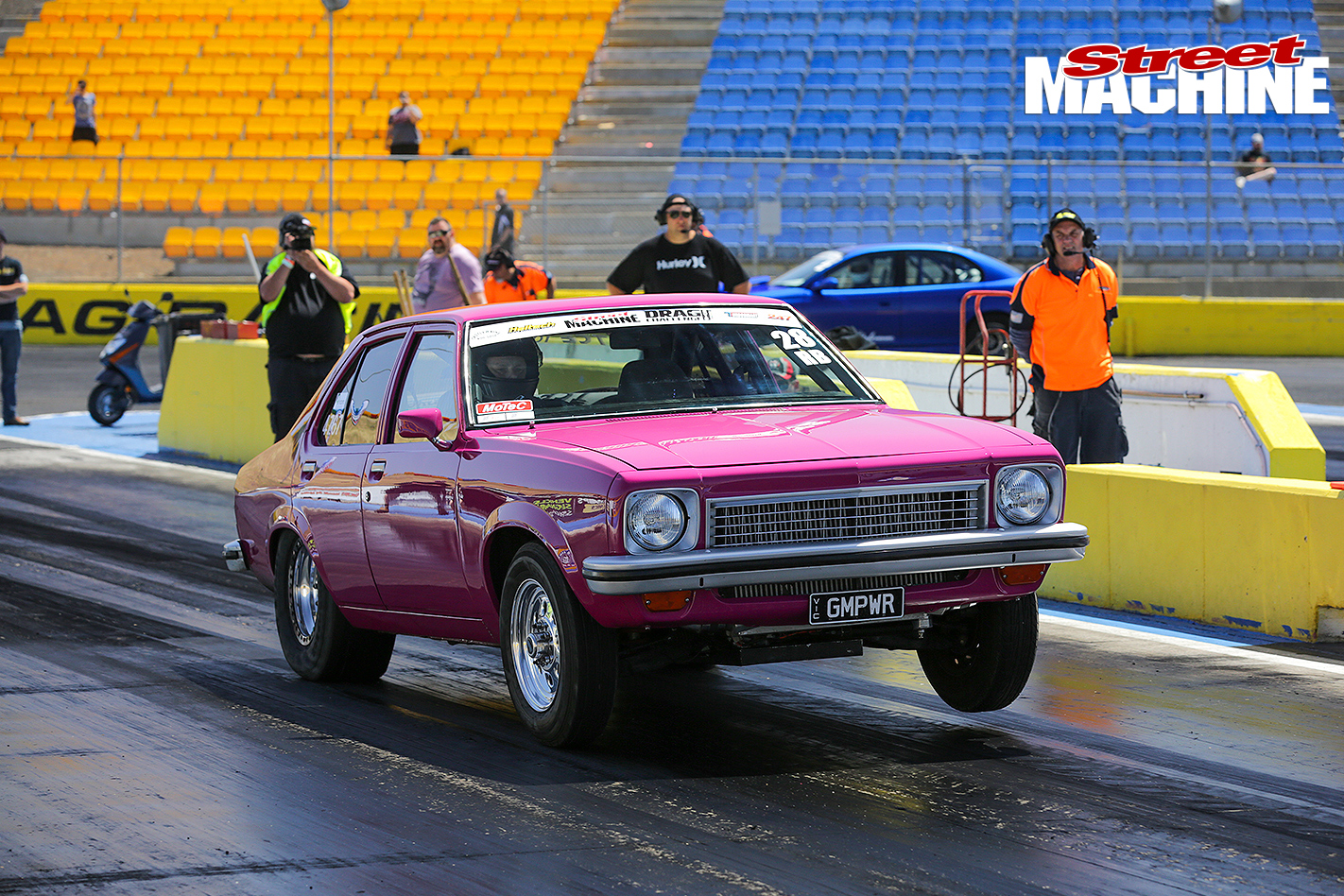 It’s a very small fraternity, and one that Quentin looked sure to join last weekend at Calder Park during the first round of the Australian Pro Street Association (APSA) championship. “We’re going to run a seven today,” he said confidently, and he was looking pretty good for it until the differential’s crown wheel decided to strip a fair few teeth. But we’re getting ahead of ourselves.

Even though he was running 275 radials, Quentin elected to run in Outlaw Radial against insane six-second monsters like Dom Luppino’s Mustang and Perry Bullivant’s Camaro, just so he didn’t have to back off for the 8.50 index in the X275 class. 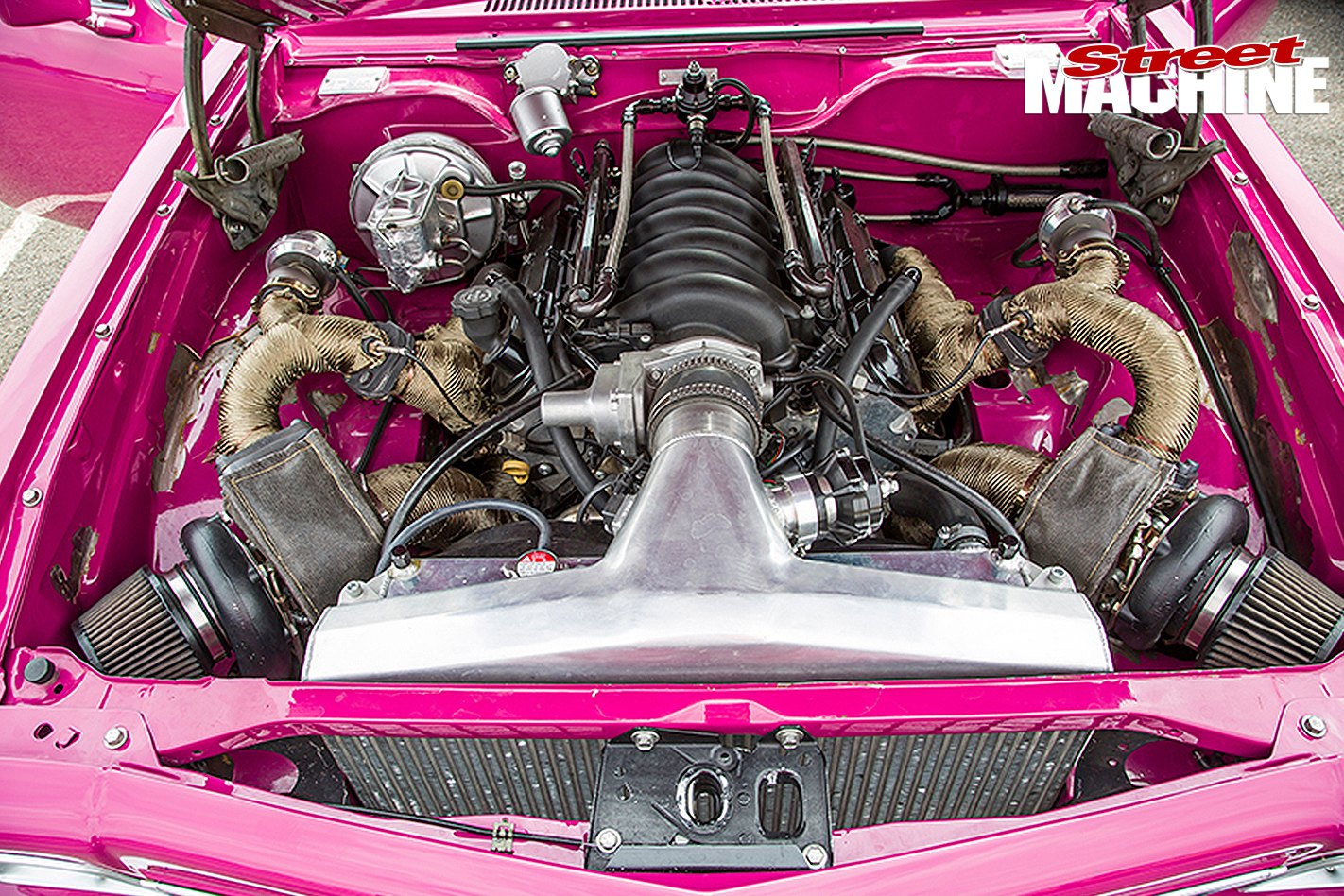 His first pass was a ‘soft’ 8.33@166mph, a time that would have had Quentin jumping for joy just a few months ago. “Now we’re going to turn it up just a little,” he said. For the next pass both front tyres left the deck as the twin-turbo Torry cruised through for an 8.09@169mph – Quentin’s first flat eight-second run.

They bumped up the boost a little more for the next run – a total of 22.5psi according to Quentin. The Torana launched hard again, with the tyres a foot off the ground, shaving around three-tenths off its 330ft time. This was the run. Quentin shifted into top, but then the front end nose-dived as the boost cut activated; Quentin knew exactly what had happened and he cursed loudly. But he stayed into it and ran 8.18@168mph. In a sport measured by milliseconds, losing all boost for six-tenths of a second was a major difference. 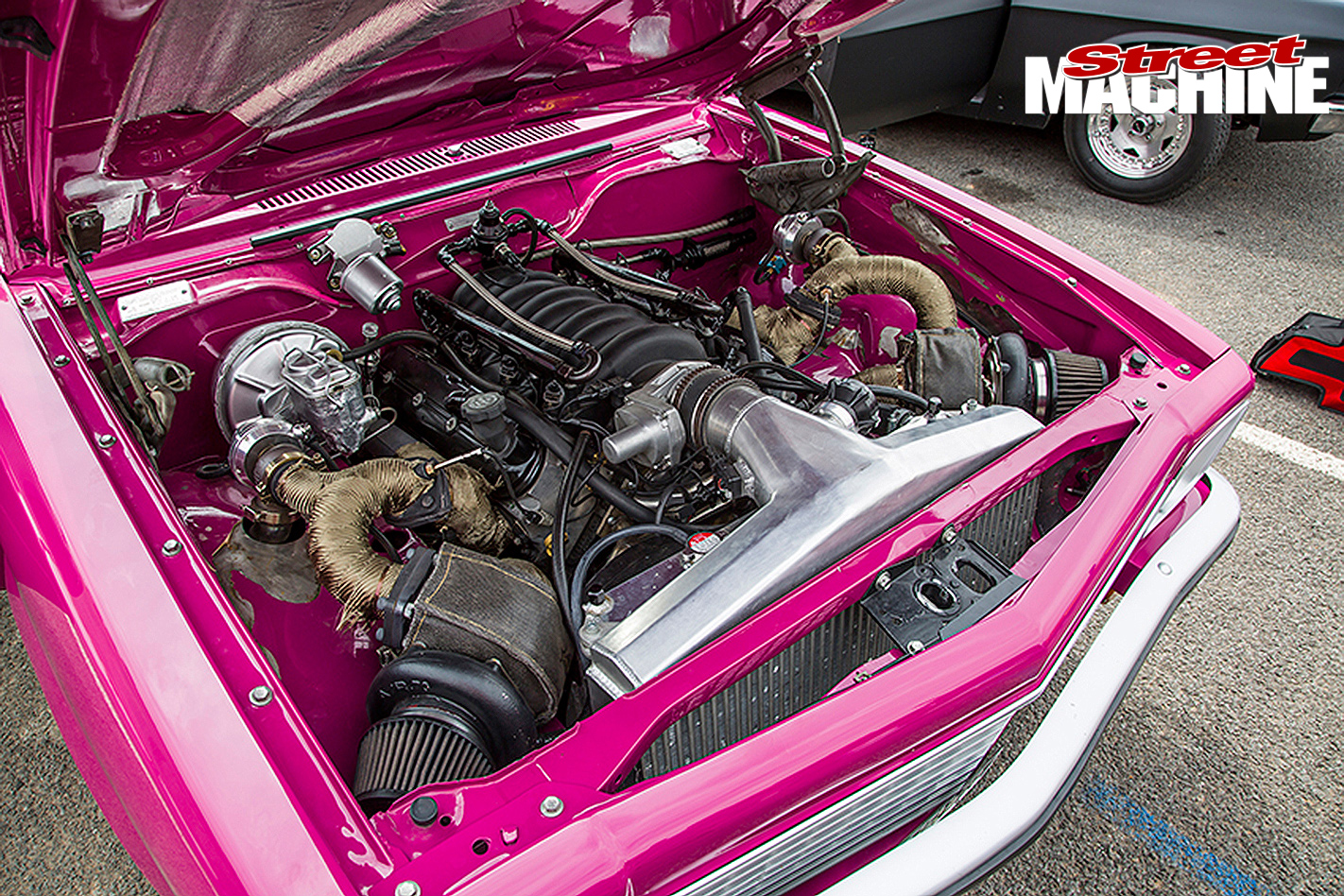 With qualifying over, it was time for racing, and by the time they were lined up for another run the sun was out and the track temp started to climb. With our GoPro hanging off the side and the boost cut disabled, the Torana went 8.06@170mph; its quickest and fastest times to date and more than enough to see off the turbocharged rotary Mazda RX-7 racecar in the other lane.

Next round would be the test. In the other lane was Perry Bullivant’s Camaro. The car has gone sixes, but we’d seen it run low sevens at over 200mph earlier in the day. Quentin staged and waited for Perry to bump in, but as keyed up as he was, Quentin launched as soon Perry’s second stage light came on and red-lighted. Adding insult to the big cherry at the bottom of the tree, the pinion and ring gear both sheared a number of teeth and Quentin shut the car down at the 60-foot mark, before being pushed back with the new diff centre clunking loudly. Looks like it’ll have to be another day. 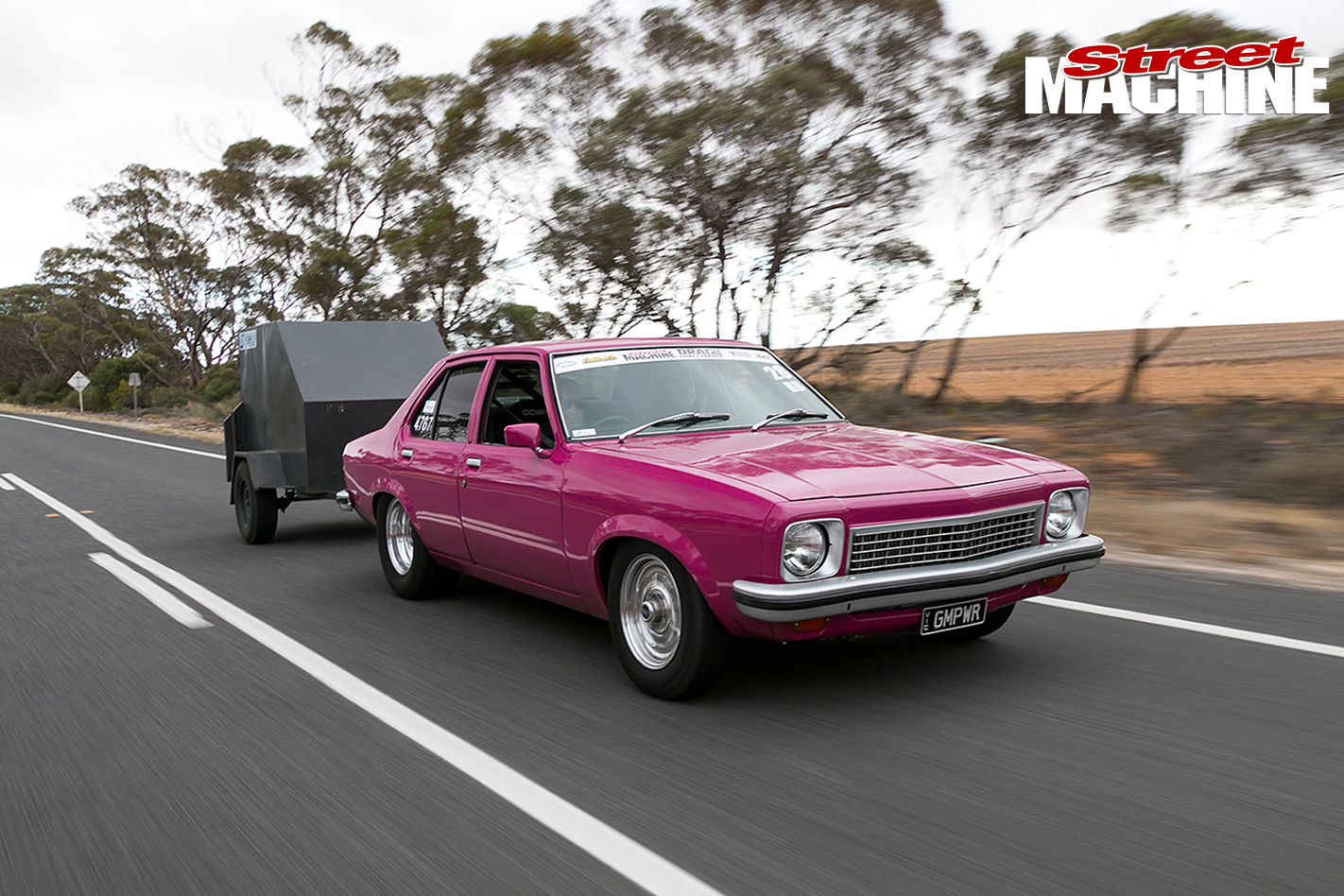 Check out the video of Quentin’s push towards the seven-second zone. For a car using a factory block and smallish turbos, it’s a very quick machine.