DARWIN bloke Troy David built his incredible FJ Holden ute to win Red CentreNATS Grand Champion, cruise on the street and have some fun at the drags. In Alice Springs last year, the FJ took out the RCN Grand Champion gong as planned. Then in January it was off to Street Machine Summernats 32 to have a crack at Grand Champ there, and it made top seven in the running for Australia’s most sought-after award in street machining. 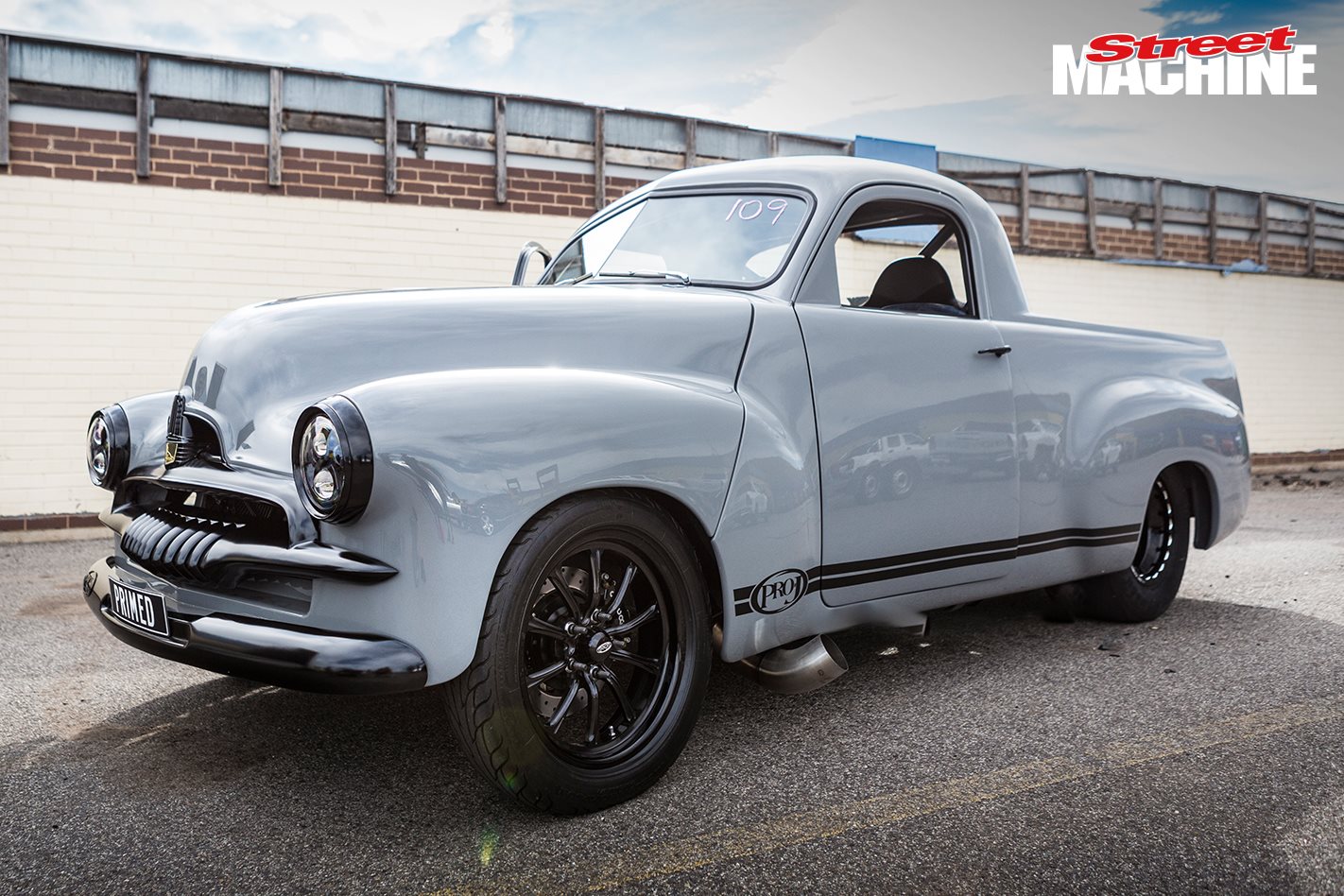 Unfortunately it broke down during one of the Summernats Grand Champ events, so Troy couldn’t continue. Regardless, he was chuffed to have come as far as he did with his humble FJ, built in Darwin by two blokes just having a go. 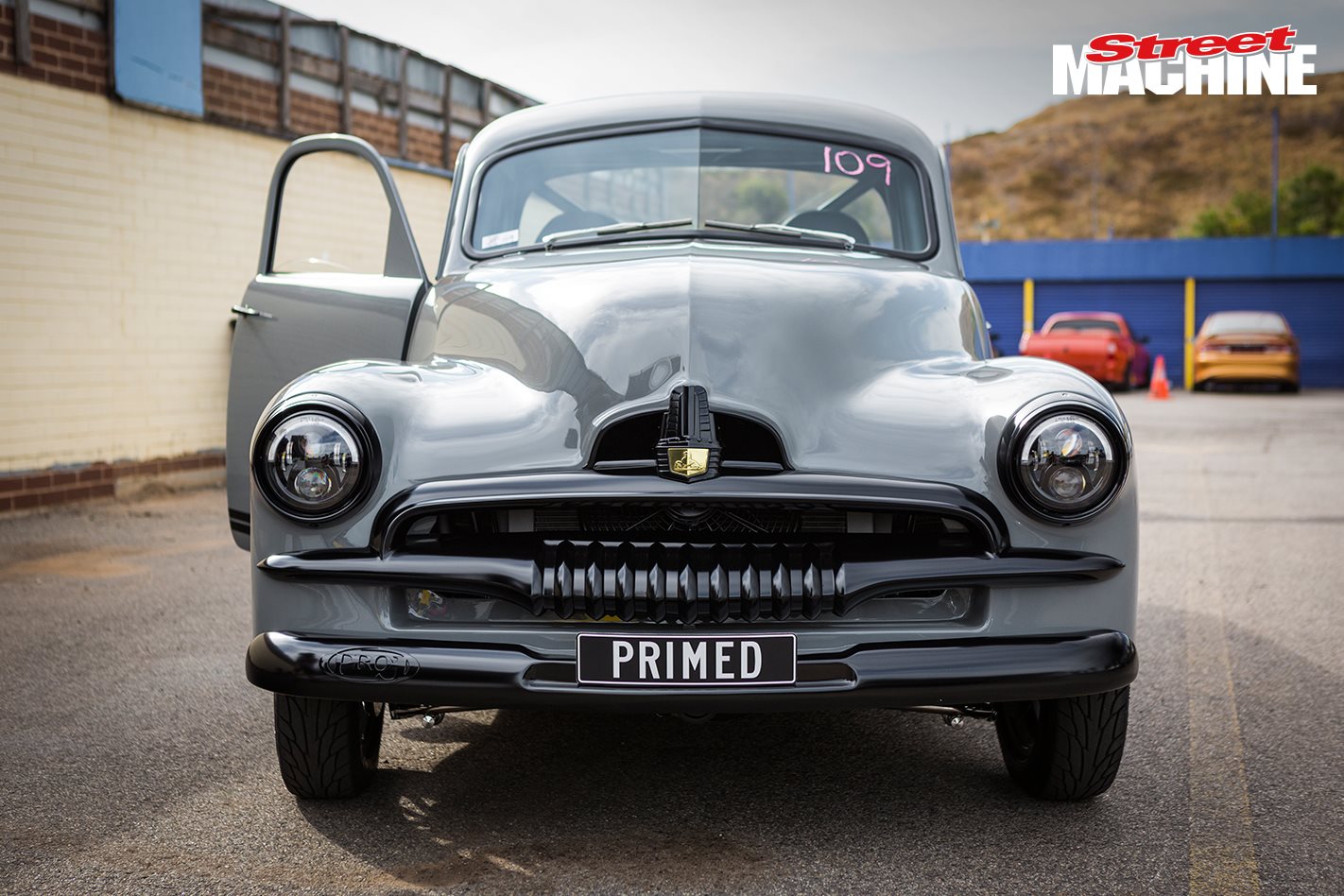 This is the second major rebuild that Troy has done with the FJ; the first was many years ago, and he describes it as being a bit rough around the edges. It had a nitrous small-block, ran nines and had all the good gear, but it was no show car. So for this build, Troy more or less did the same thing but to a much higher level and with nicer parts. 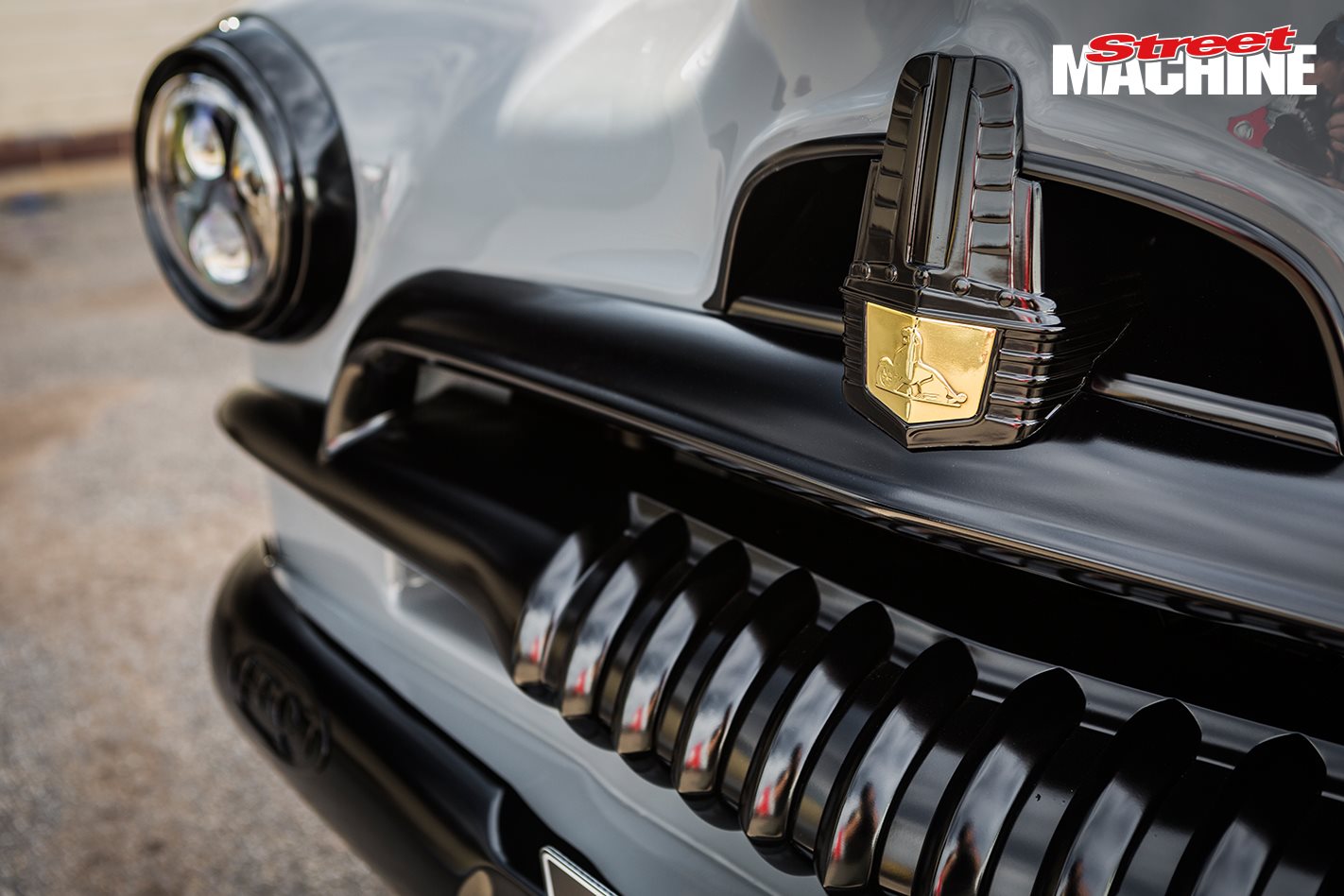 To modernise the mechanical package, the old Chev was swapped out for a stout 427ci LS motor with twin Garrett turbos. On the dyno at MPW Performance, where the car has lived since Summernats, it recently laid down around 1200hp at the rear treads! 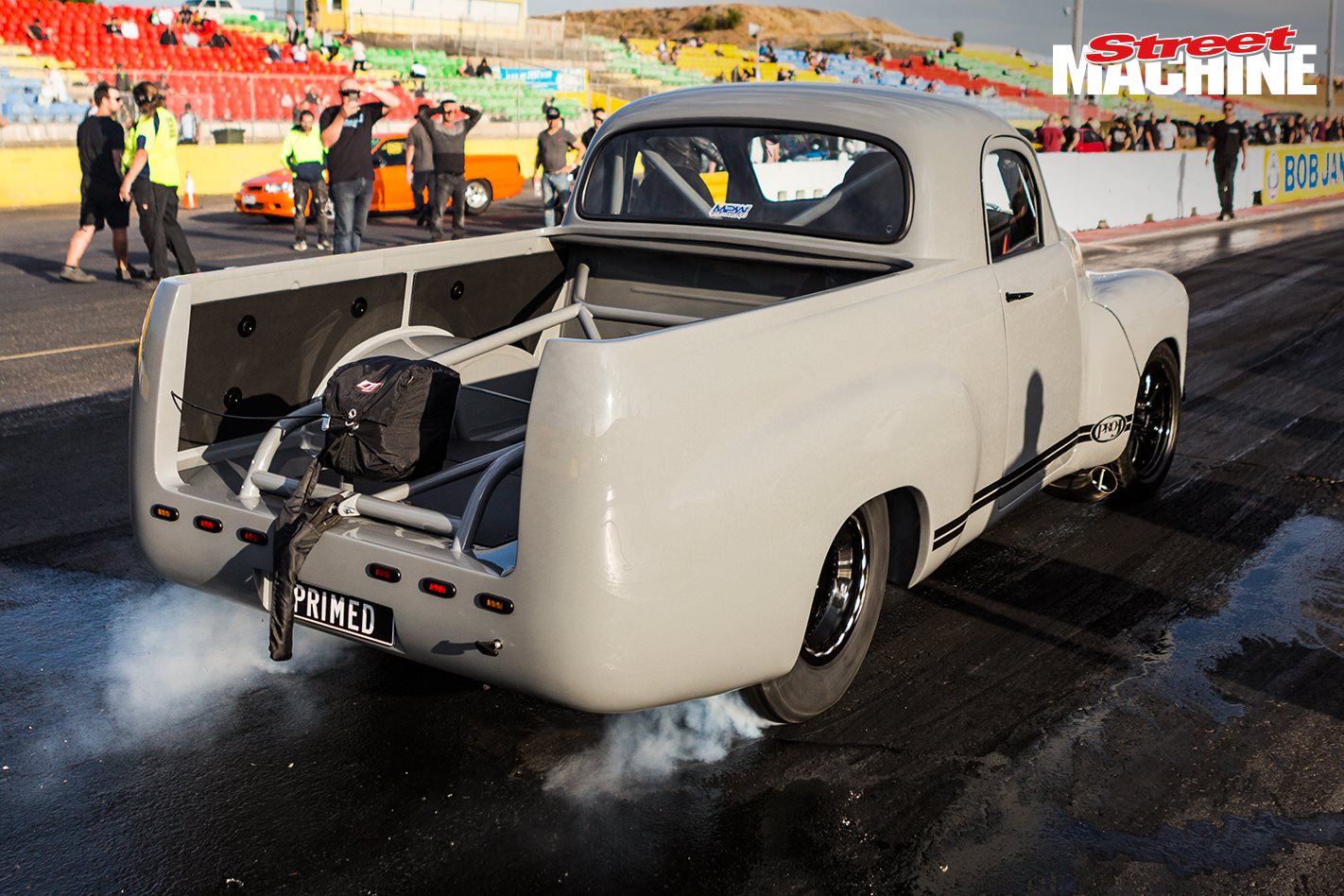 Troy flew down from Darwin with a few mates last weekend to get some seat time in the FJ at Calder Park, where it made its first laps down the quarter-mile. For the first few runs they left on low boost and went to half-track, before attempting a high-boost full-track pass. Troy hadn’t raced anything near as powerful as his FJ for a number of years and didn’t want to stick his pride and joy into the wall! 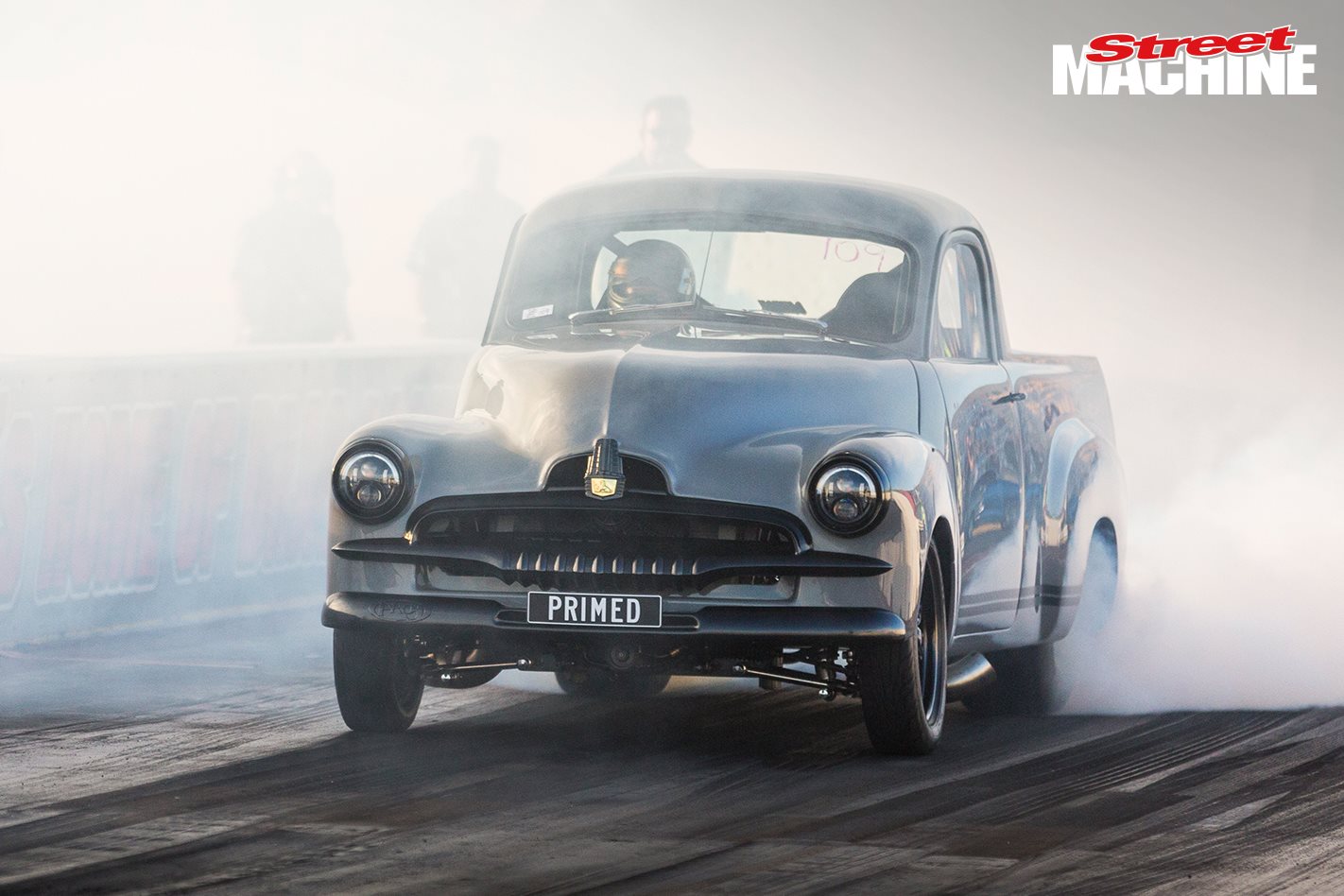 Troy’s final pass of the evening saw the FJ run 8.50 through the traps, getting off the throttle around the 1000ft mark because it was spinning the tyres. A good result, and clearly there’s plenty more left to come from this car. 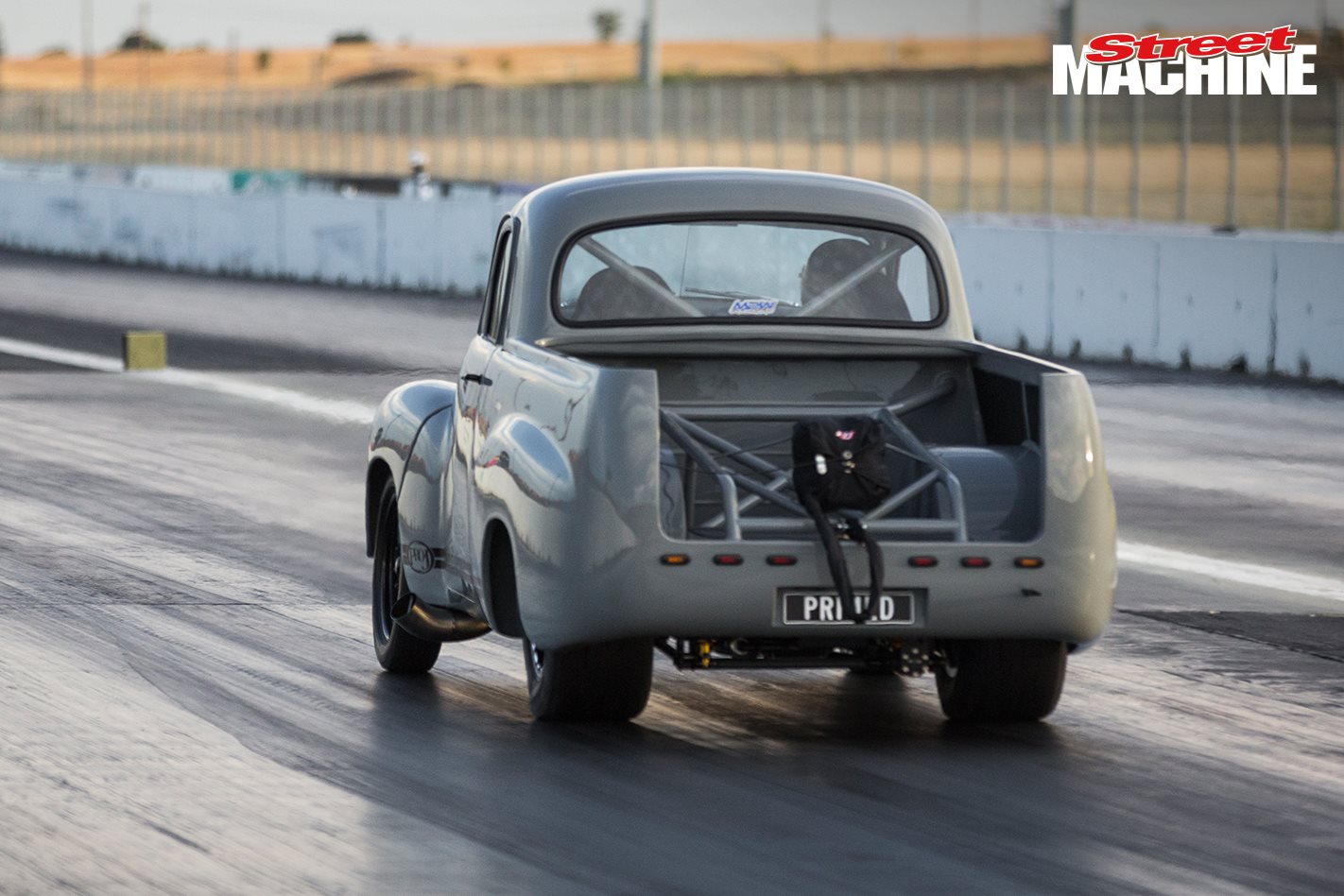 Troy is going to come down to Melbourne every few months to race the ute, as there aren’t many drag racing meets up in Darwin. He also might do Street Machine Drag Challenge, but probably not this year – PRO-J is still way too nice for that sort of punishment!