OUR 2015 video on Kris Van Krieken’s Barra-powered ED Ford Falcon PSIPOP has been one of the most consistently popular pages on our website for two years! What started as a budget street car project blossomed into an ex-taxi BA Falcon Barra-powered beast with plenty of goodies – enough to run mid-nines on 275 radials and with E85 fuel. 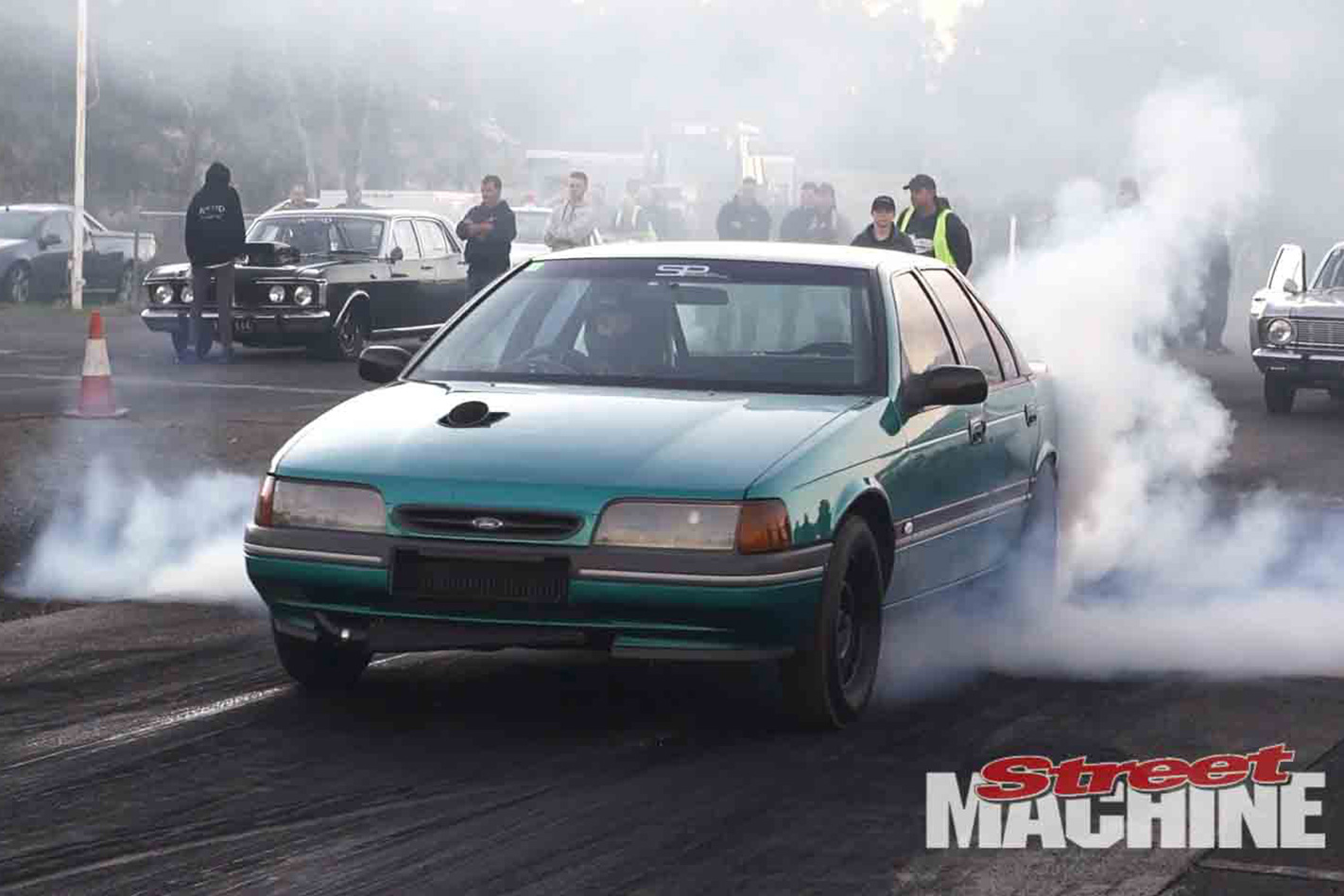 Kristian has been slowly leaning on the car and at the Ford Forums Drag Nationals at Heathcote Park Raceway last weekend, the ED cracked into the 8-second zone, to the tune of 8.92-seconds at 163mph.

Despite the big jump in performance, Kristian attributes the new PB to simply to winding up the boost to 25psi and being more confident behind the wheel. Congratulations!