ELECTRIC cars have been popping up in showrooms more and more over the past few years, but aside from the Tesla Model S, a lot of them have proven to be about as interesting as an empty pot-plant. 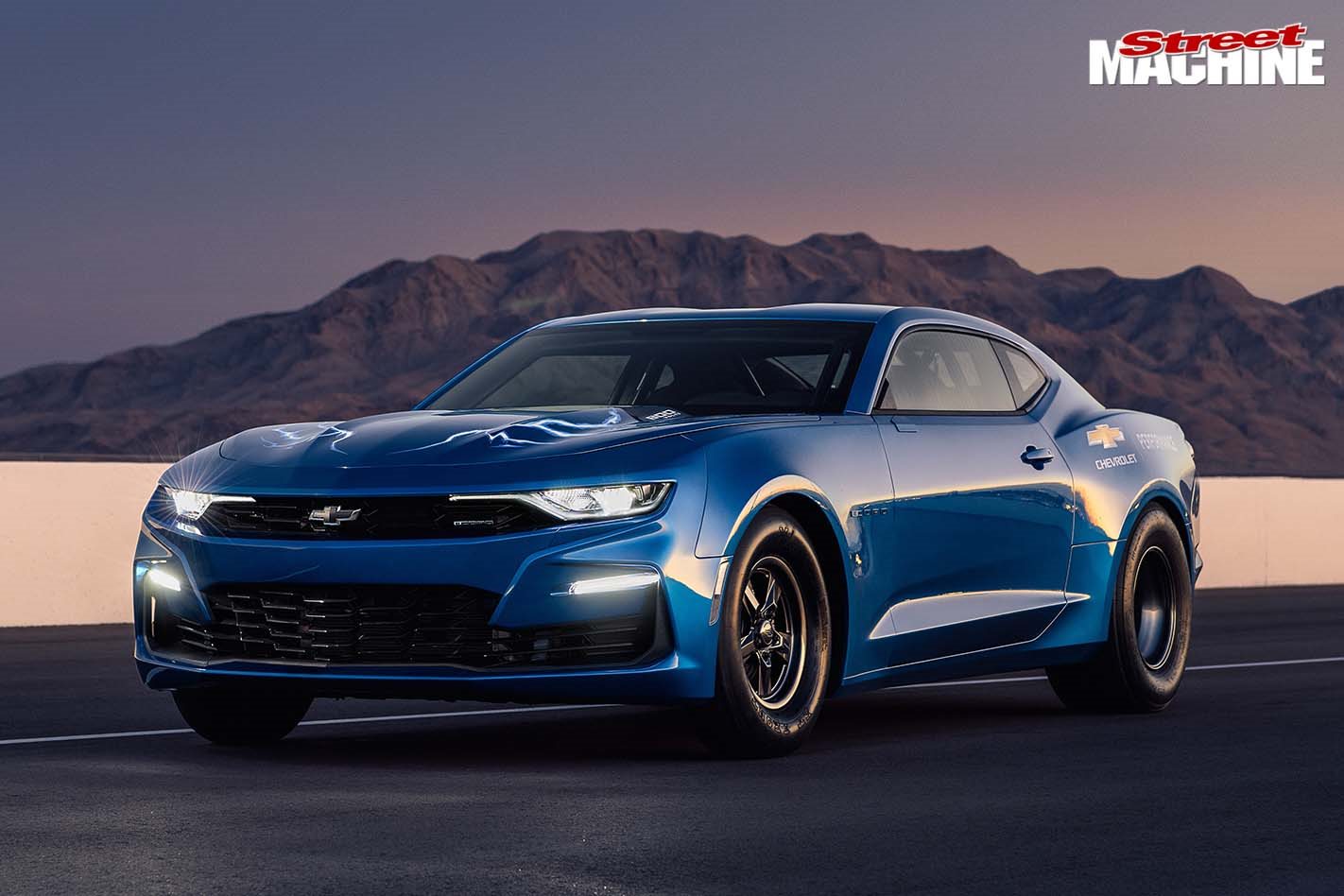 Thankfully, the Yanks have come to the rescue once again with Chevy’s new version of the COPO Camaro. Dubbed the eCOPO, it was unveiled at SEMA 2018 to celebrate the 50th anniversary of the COPO program. While it may piss off some purists that Chevy built an electric car to celebrate a pretty important milestone, they perhaps shouldn’t get their hair in a knot just yet. 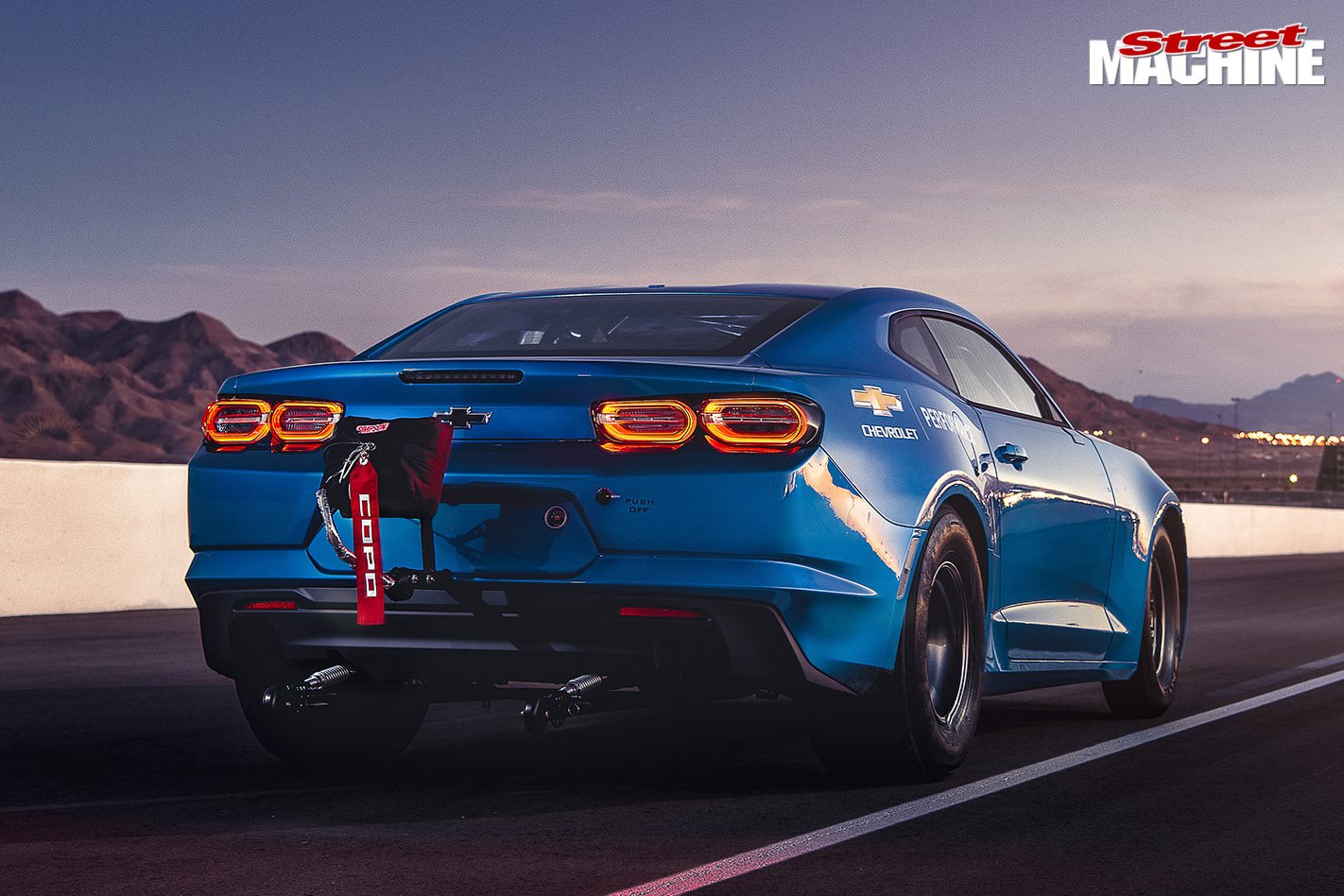 The eCOPO is powered by two electric motors or ‘cores’, powered by four separate 200-volt batteries to make an 800-volt system. It makes the equivalent of 720hp and 630lb-ft at full noise (or more accurately, compete silence), but being electric, all that torque comes in immediately and goes all the way to the electro-equivalent of 10,000rpm. 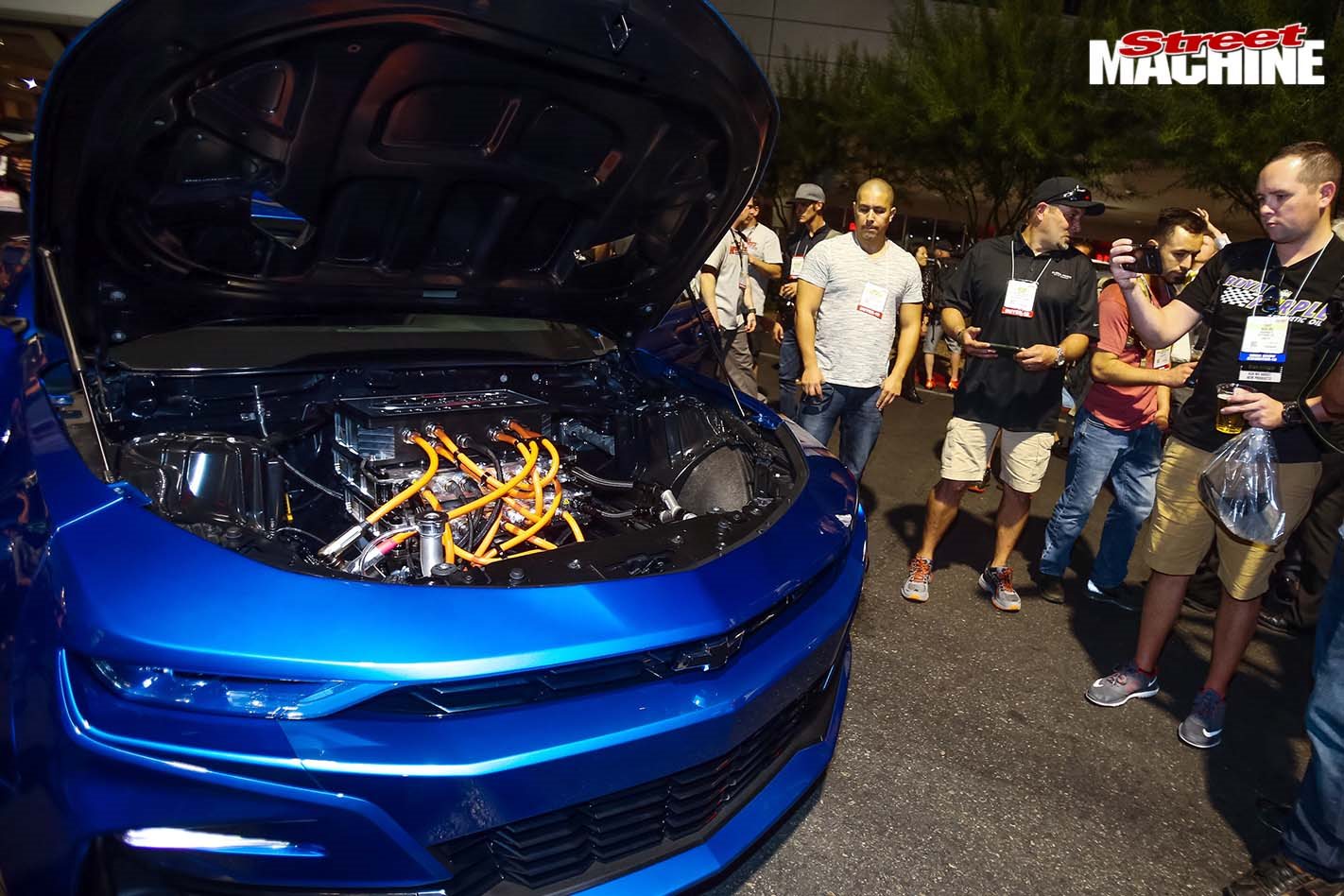 All of this may be well and good, but it isn’t the most interesting part of this new concept. Being designed by Chevy’s performance wing, the electric package has been engineered to replace any small-block Chevy. That’s right, this new electric combo can drop right in place of a fossil-fuel burning LS and it’ll bolt right up, torque converter and all. Maybe we should put one in the MX5.7!

After a few test runs, the eCOPO ran a PB of 9.837@134mph at the NHRA Winternationals, doing so in bizarre silence.

While the eCOPO and its running gear are still in the prototype phase of development, it does beg the question: Will drag strips soon fall quiet thanks to electric power? Only time will tell.