The purists won't like it, but Scott Van Strien's VL Calais with a 4-litre Barra donk and 900hp on tap is a strip storming monster

IF YOU want to upset a whole bunch of people, take a popular car and put another manufacturer’s engine in it. Hot rodders have been doing it for years, but when it comes to streetcars people seem to get very angry. Scott Van Strien made a whole bunch of enemies when he put a 4-litre Barra engine in his VL Calais – but there’s no denying its awesomeness.

Scott originally built another VL first, which was purple, to prove the concept and that ran into the mid-nine-second zone. Then he found this shell with a full cage and nine-inch and he has transferred all the running gear into that for some high-eight second action.

But the craziness doesn’t stop there. They discovered the GT42 turbo was actually holding it back, so they found an enormous GT47 turbo and released another 120rwhp. The VL ran 8.97@153mph with the old turbo; who knows how quick it was go with the extra power but Scott intends to find out. The engine is chock full of Atomic Motorsports parts, controlled by a Microtech ECU and there’s a two-speed Powerglide to transfer the grunt.

If having a VL with 900hp at the tyres wasn’t crazy enough, how about the fact that Scott only has one arm! So he’s got to shift gears and steer while this absolute weapon threatens to push him into the wall at any moment. Watch the video and you’ll see just how crazy this beast was at the recent Powercruise Powerplay at Queensland Raceway. 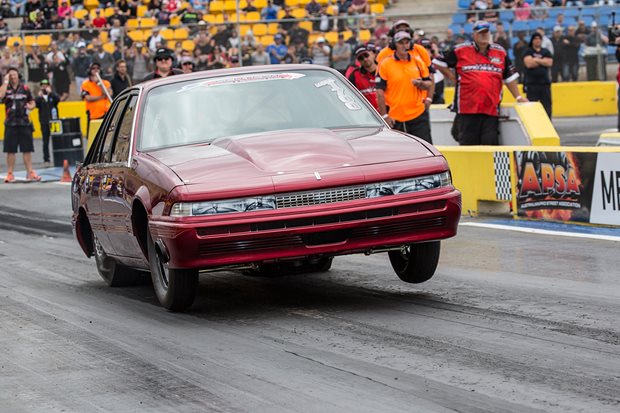 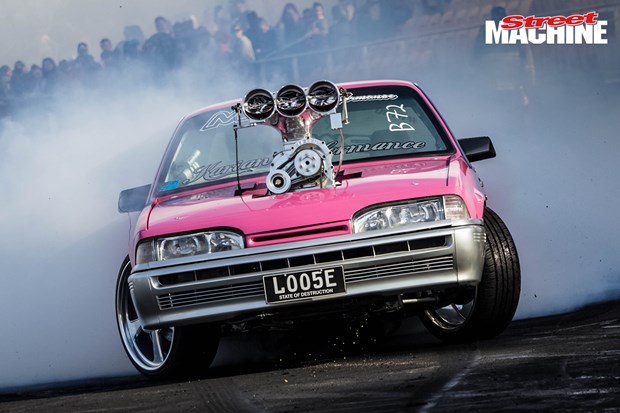 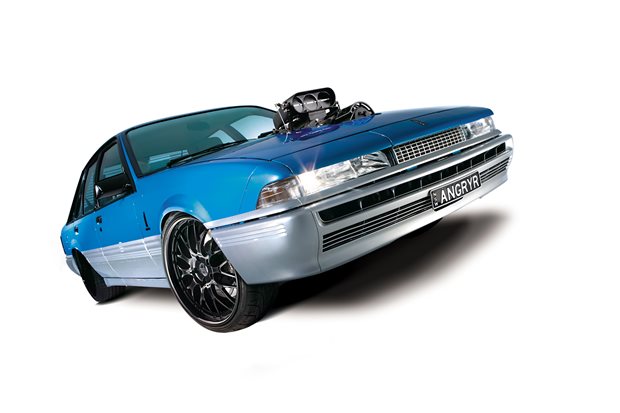 After Brendyn’s VL 2ANGRY was written off while on debut at Summernats 26, be bounced back with the mental ANGRYR VL