TERRY Seng has reset the Australian street car record, with his HDT275 VC Commodore running 7.37@186mph at Willowbank Raceway recently. But where to now for the extreme streeter?

“I’m not developing this car any further,” Terry says. “The plan is to build a quicker and lighter car, probably a VH Commodore with a 315 tyre. With less weight, and the new LSX 376 engine I have here waiting, it should run a six.” 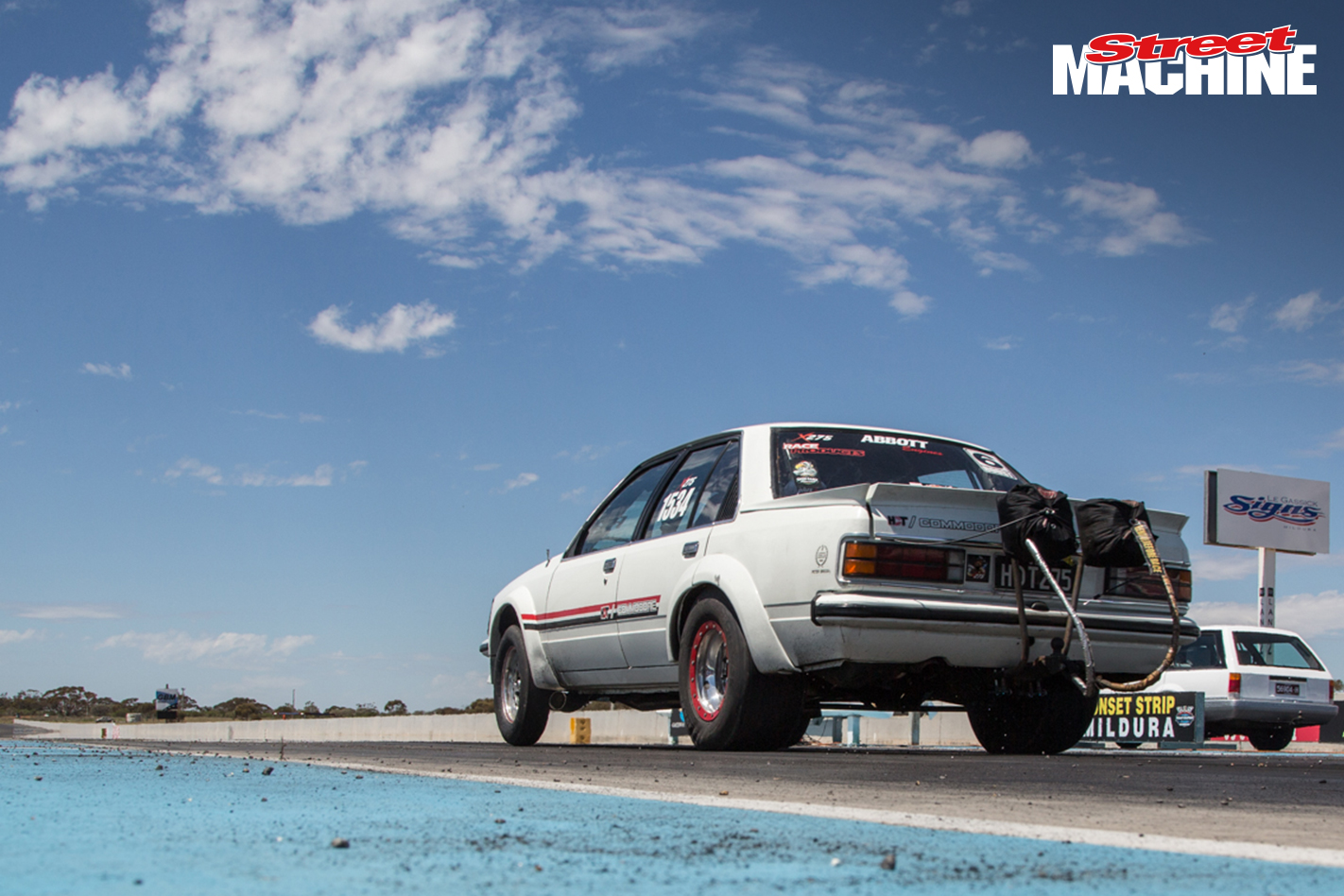 That’s not to say that Terry, from Paramount Performance in Toowoomba, is going to retire HDT275 just yet; it’ll take a while before the new car comes about, so the white VC will still get out there, especially for eighth-mile meetings.

“It’s a heavy car and it takes a bit to stop; that’s why I haven’t been running on the quarter as much as I used to,” Terry says. “It’s showing around 1700hp weight-shifted; it was 3440lb on that Willowbank run.” 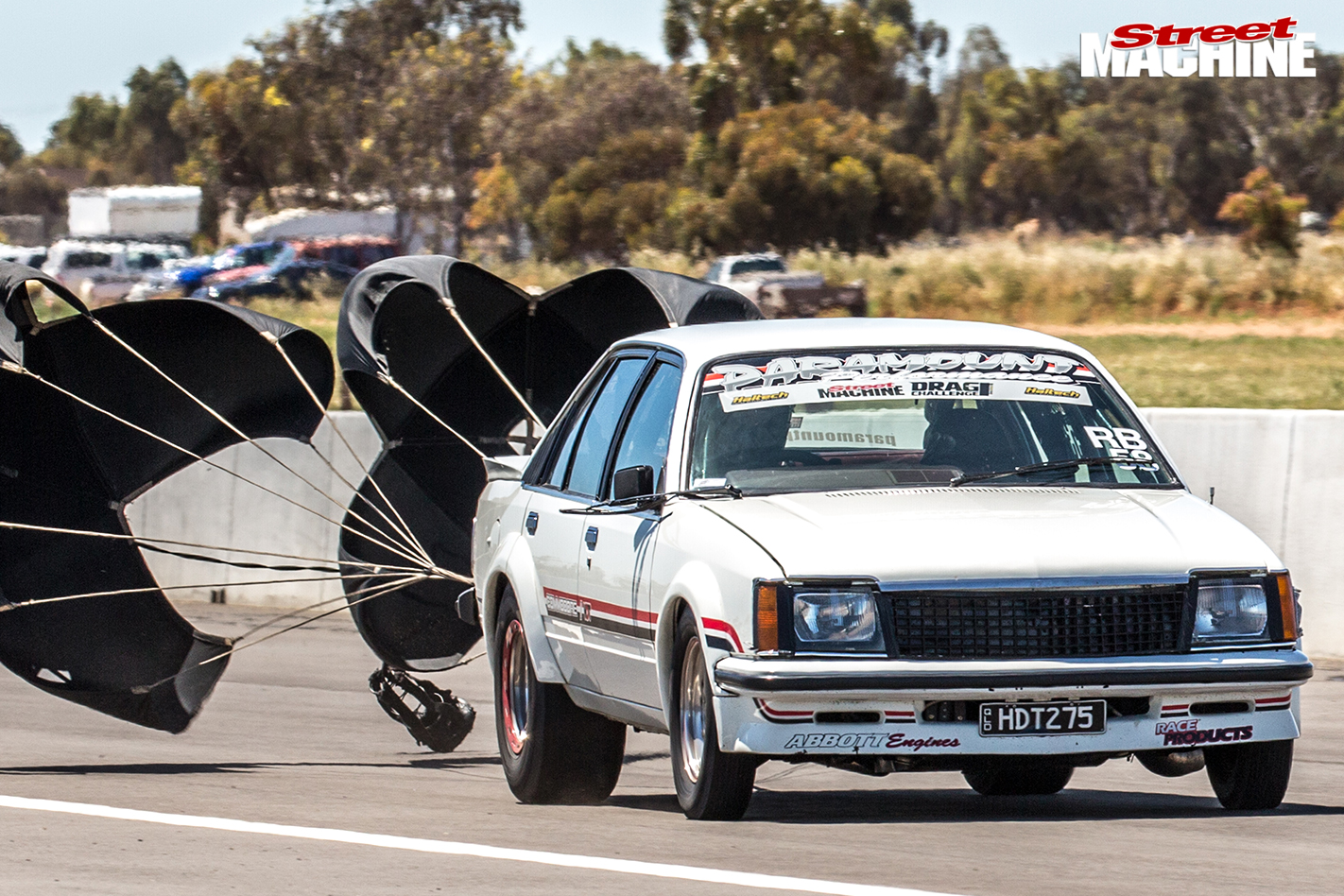 There haven’t been too many changes to the car since Drag Challenge 2016. Terry pedalled his way to a best of 7.76@177mph on the last day at Calder Park, but he had no traction issues at Willowbank. The only differences were a set of 3.7 gears to get the car to the 660ft mark quicker and the complete removal of the exhaust system, which Terry had disconnected but left in place for Drag Challenge. Other than that, the Commodore was essentially the same as we saw at DC2016, complete with full interior and running on 275 radials. 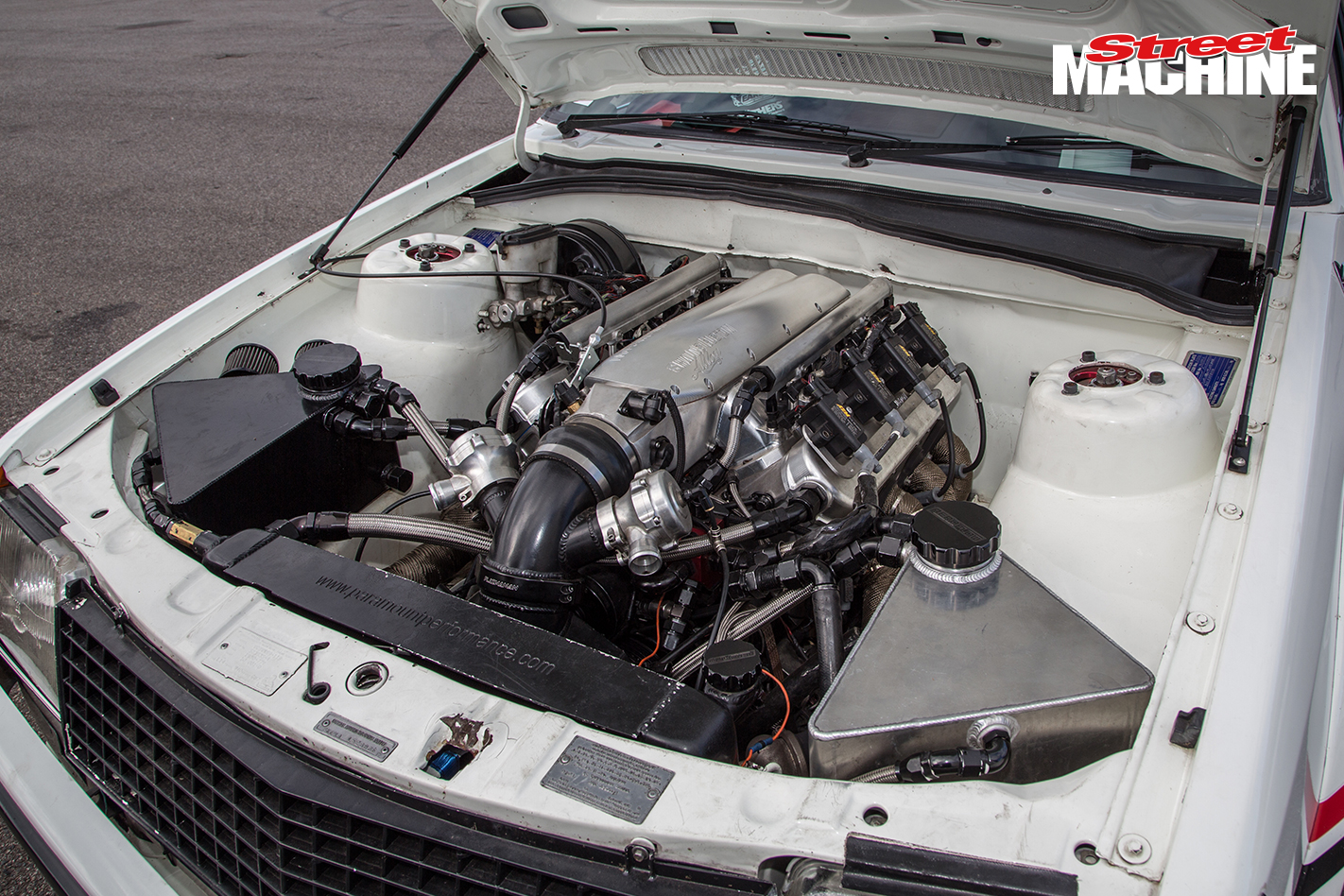 The engine set-up is basically what Terry has been running forever: 364ci with a pair of 62mm Precision turbos and built Powerglide with a Coan converter. Amazingly, the combo is still running a hydraulic cam, despite the fact that the engine is seeing 8460rpm across the finish line. “Valve-spring pressures and oil are critical with a set-up like this,” Terry says. “I change the oil every meeting, but I spent a lot of time discovering what works.” 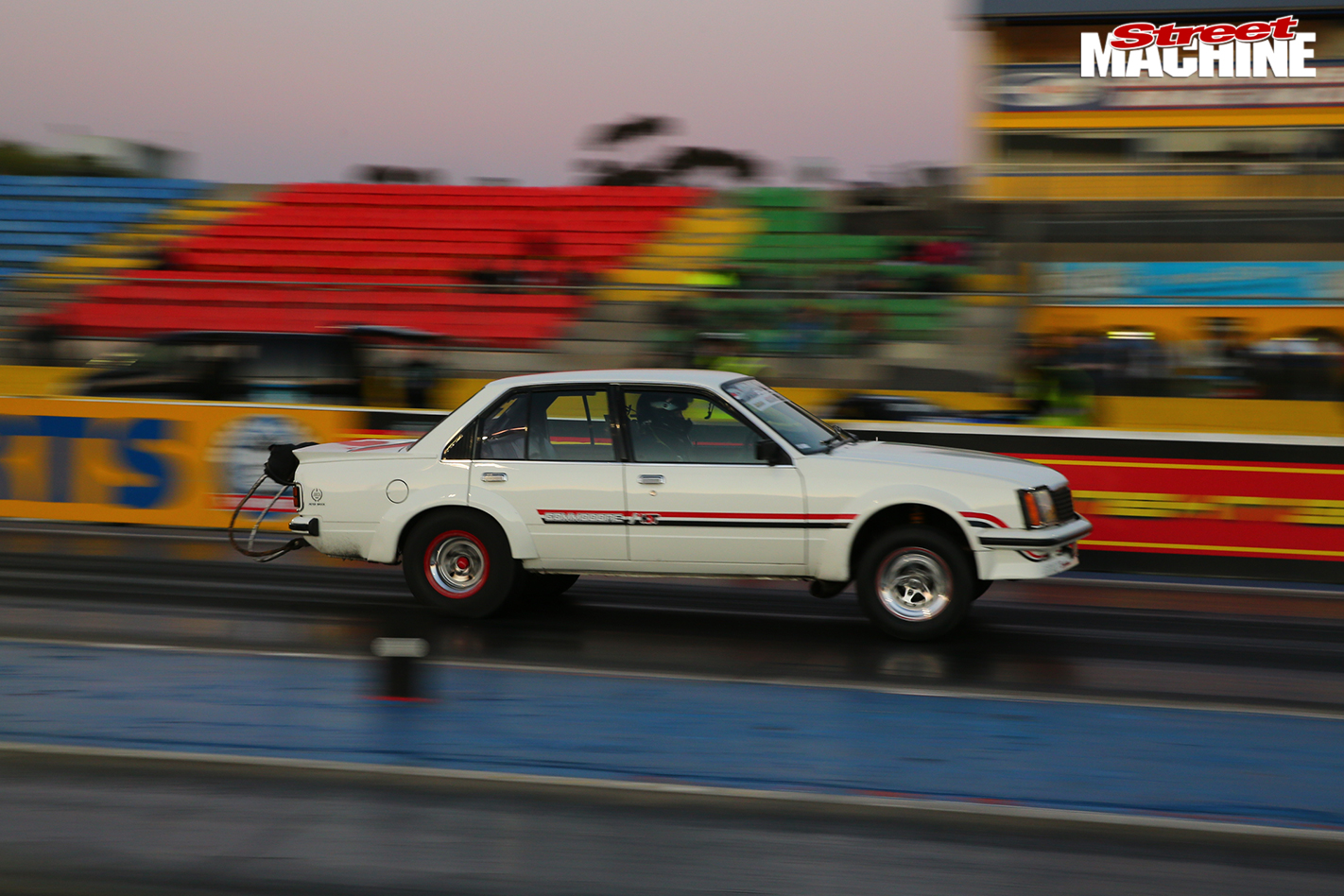 The only real engine changes since Terry ran his previous best of 7.41 have been a pair of Next Gen CNC-ported heads and a Shaun’s Custom Alloy billet intake manifold.

“What I’d really like to do is to take a car to Drag Week in the US, but obviously money has a lot to do with these things,” Terry says. “I hope to get the new car finished this year, and that will be built to be ‘streetable’ in the States; maybe 2018.” Obviously his involvement with the Aussie Chevelle has given Terry a taste for more US action. Whatever happens, you know this isn’t going to be the last we hear of Terry Seng.