THERE aren’t too many guys running quick aspirated six-cylinder street cars at the drags these days, so it’s cool when you come across something like Wayne Roberts’s home-built two-door LJ Torana. Wayne was at Heathcote last Saturday for the Holden-Powered Nationals, where he ran a PB of 12.90@103.5mph after accruing a handful of 12.95-second timeslips. 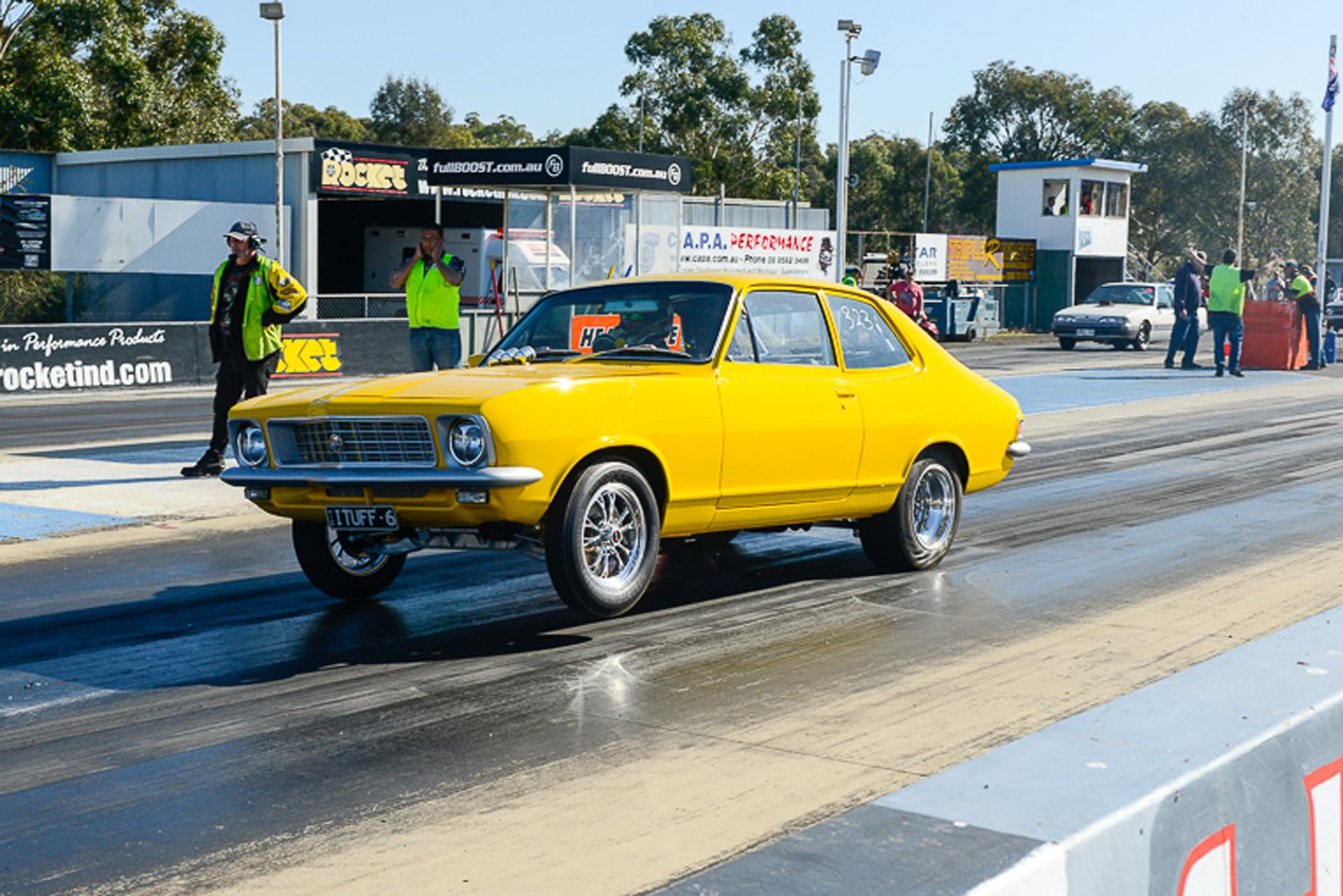 The tough little six-pot LJ started out as a 186-powered car, which Wayne and mate Mark modified with their own custom-ported cylinder head design. The boys also went with a set of triple Dellorto carbs they picked up at a swap meet instead of the usual Webers. That set-up made 230rwhp and went 12.95 down the quarter. Recently Wayne decided to give the car a freshen-up, with a built 202 replacing the old 186, while still retaining the custom cylinder head and triple Dellortos.

The rest of the driveline consists of a BorgWarner single-rail four-speed gearbox, Yella Terra lightened flywheel and button clutch, which when teamed with the full-spool HiLux diff with 4.3 gears makes for some pretty aggressive launches. It even pulls a wheel off the ground! The hard launches have contributed significantly to the quick ETs, as the Holden six tends to run out of steam in the top end.

The Holden-Powered Nationals was Wayne’s first time out with the new combo so he was stoked to run a PB, especially after blowing a head gasket the night before the event and spending all night replacing it before leaving Wangaratta at 5am. Check out the video as Wayne talks us through the car.