Highlights from the Holden Nationals at Heathcote Park Raceway

THE DTM Transmissions Holden Nationals was on last weekend at Heathcote Park Raceway and what a day! The best in the business were out in full force as some of the fastest street cars in Victoria mixed it with out-and-out racers. There was even a Ford! Queensland’s Jamie Farmer brought his twin-turbo LS-powered Falcon ute down fresh off a Drag Challenge Weekend second place.

The rules were simple, if you had a Holden or any other make that was powered by a Holden/GM engine - you're in. And all the racing was done Dial Your Own style. 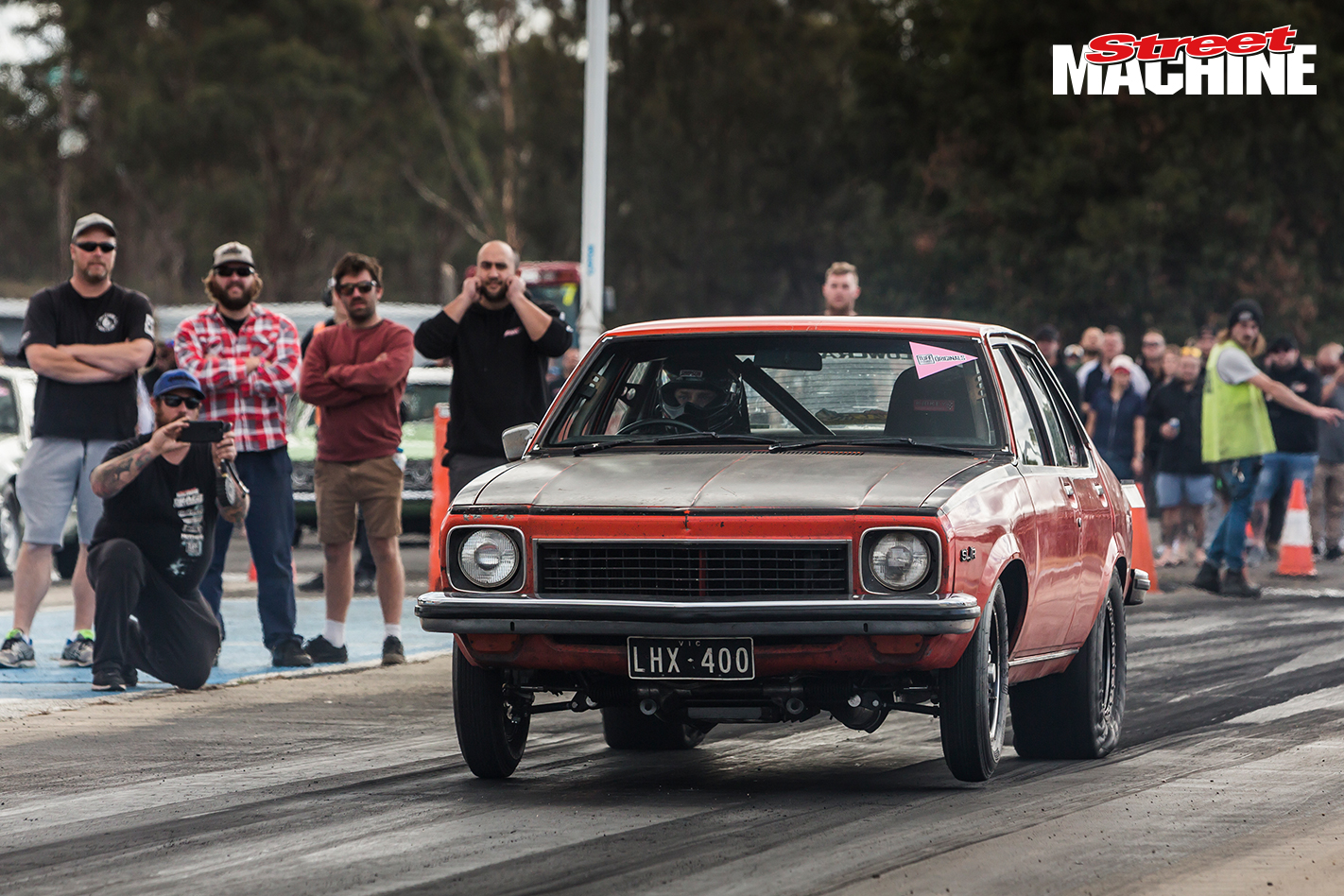 Mark Drew was back with his new methanol setup on his crusty twin-turbo LS-powered seven-second Torana getting some testing under his belt. He also brought wife Raelene’s single turbo LS HR Holden down for a mate to drive. 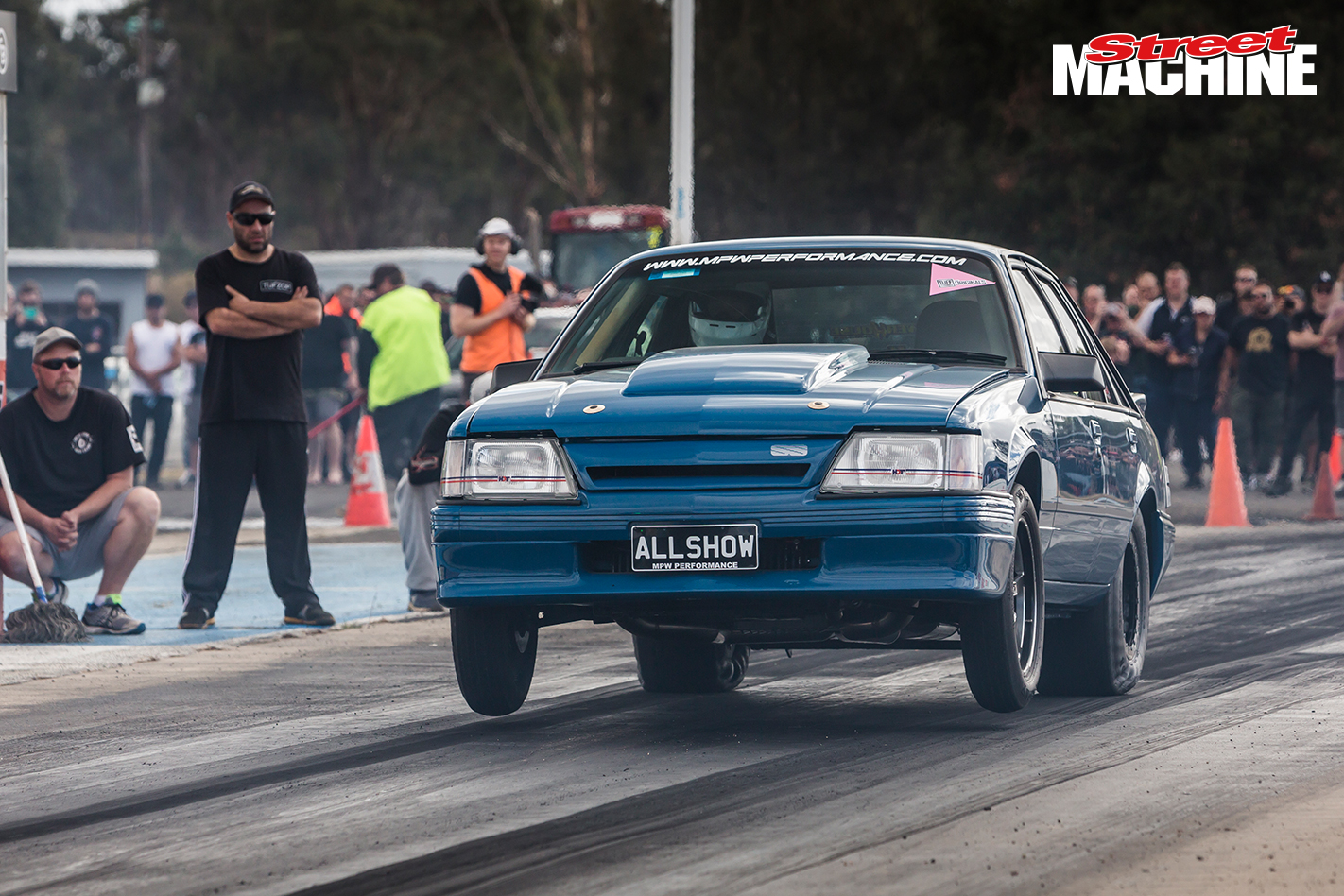 Adam Rogash had his ALLSHOW VK Commodore out and after running 8.0 in the dark at Friday night’s test and tune we went even quicker with a couple of 7.9-second passes on Saturday, making it one of the fastest cars of the event.

Mark Sass had his VT Commodore out for the first time in a long while after moving to a fresh LS combo with a big crank driven supercharger. He broke his gearbox at Friday night’s test and tune but had a freshy in for Saturday’s main event. 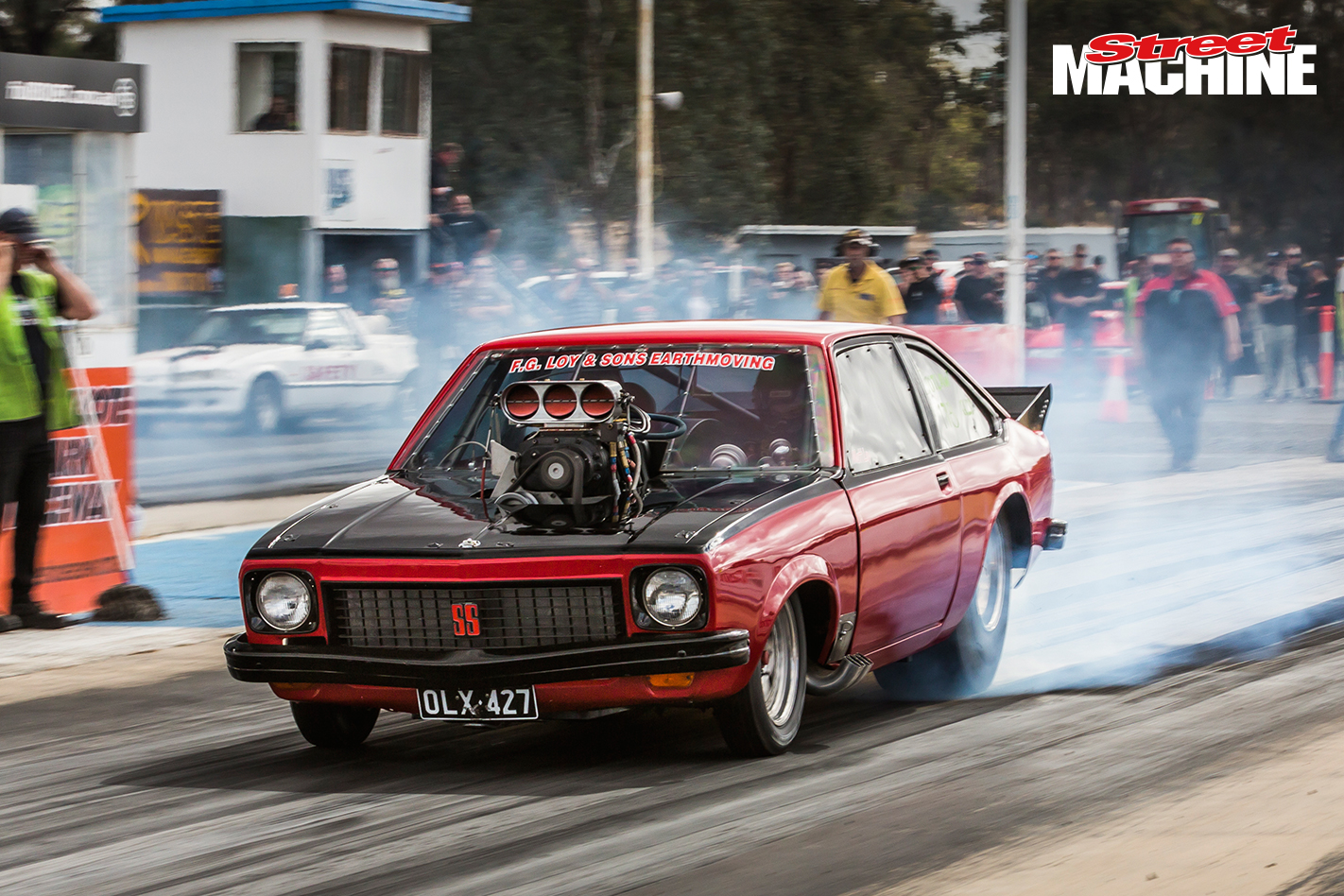 Another crew all the way from Qld was Matt Loy in the mental blown big-block Chev-powered Torana hatch. He went deep into the sevens. 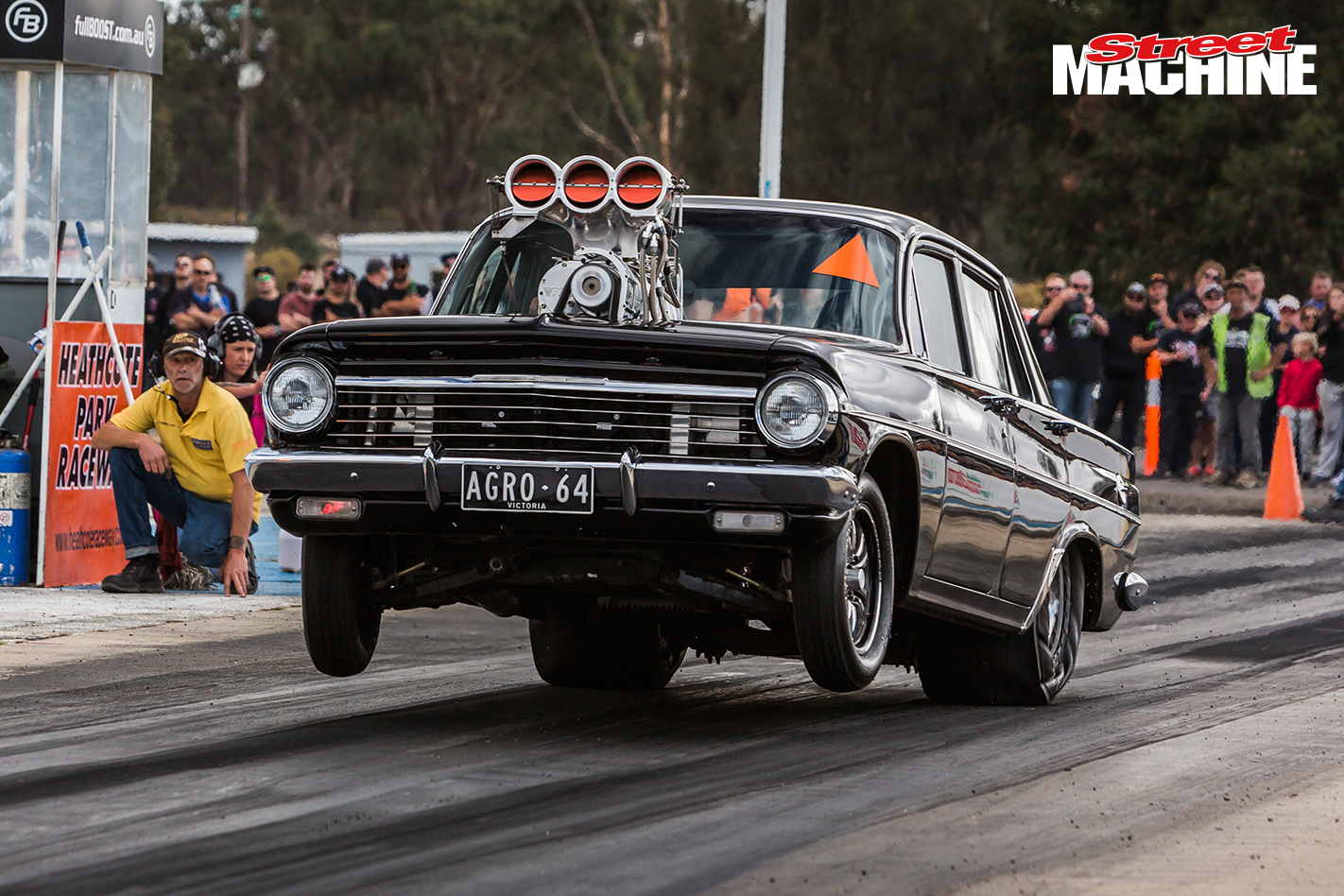 Anthony Trevaskis’s AGRO64 EH Holden is always a favourite and put on a great show at the Holden Nationals. He went mid eights down the quarter once the car decided to hook. 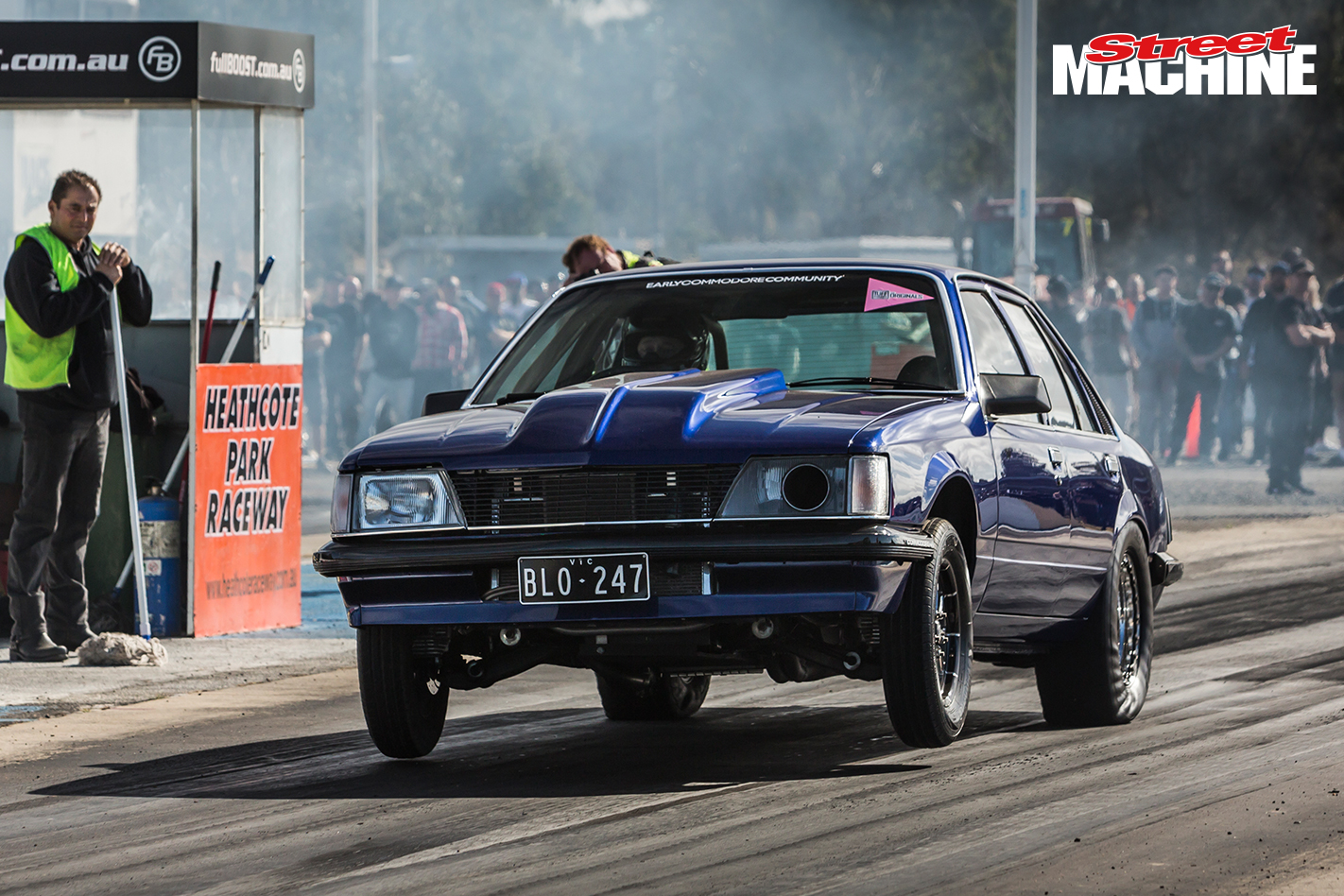 Todd Foley was busy running the event but he still had his recently revamped eight-second VH Commodore out on track, only brother Luke was doing the driving!