THERE’S just 60 days until Hot Rod Drag Week fires up again and with 400 pre-entries there is no doubt that this year we’re going to see the biggest line up of insane streeters yet. Drag Week is one of the craziest things you can do with your car; 1200 miles (1920km) of driving, and five race tracks in five days. They also have some wild street cars, from the twin turbo ‘Pro-Mod’ monsters through to the rusty machines that people haul out of a paddock, slap a motor and go racing. But one of the most impressive machines from Drag Week is David Schroeder’s 1966 Corvette.

Hailing from Toronto, Canada, the C2 Corvette is a monster in more ways than one. Up front there’s an 872ci Reher-Morrison mountain motor that makes 1600hp naturally aspirated. Activate the four stages of nitrous and you’re talking anywhere up to 2700hp!

There’s a Powerglide and a Gear Vendors overdrive to make the trip a little easier but the reality is that nothing’s easy when you’ve got 872 cubes of race motor to look after. The car has run 7.38 at 189mph naturally aspirated and David was looking to bump things into the six-second zone with the giggle gas, but they had problems getting the power to the ground. On day two at Indianapolis the Corvette went 7.14 at 189mph with a little sniff of nitrous, but eventually the car succumbed the overheating issues on the drive when the thermo fans died. That put the ‘Vette out of competition, but the guys still made it back to Gateway Motorsports Park for some testing on day five and the blue bottle machine roared down the track to a 7.11 at 199mph.

No doubt the Canadian will be back again this year for another crack at Drag Week. Will we see the first six-second pass from a non-turbo car at Drag Week in 2016? Only time will tell. 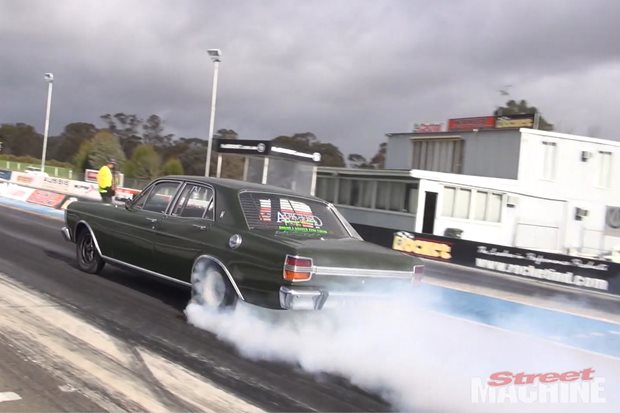 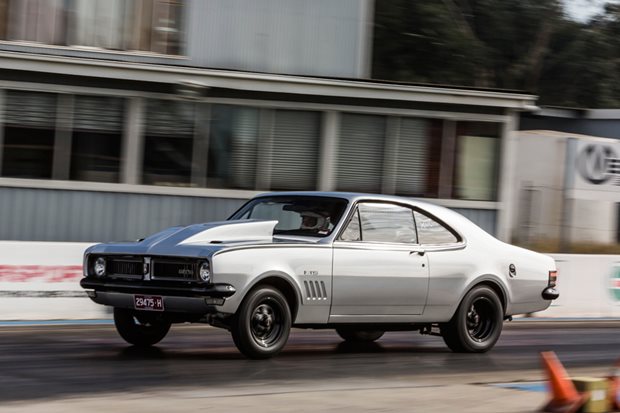 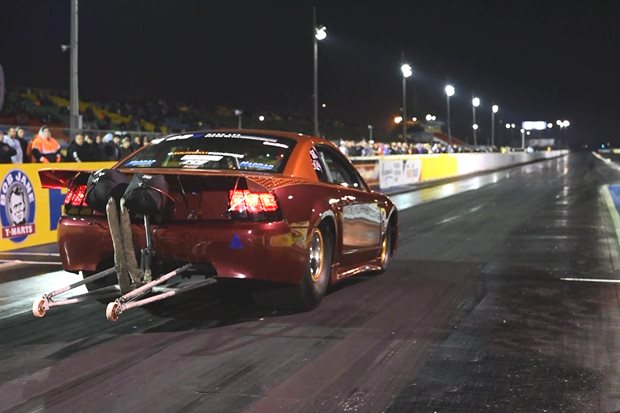