YOU may remember Jesse Boothroyd as the man behind the Crusty Kingswood – a single-turbo HZ Holden that runs high eights. Now it’s a pretty wild machine, but Jesse jumped at the opportunity to drive MPW’s NOSHOW ClubSport recently, and he reckons it was a blast! 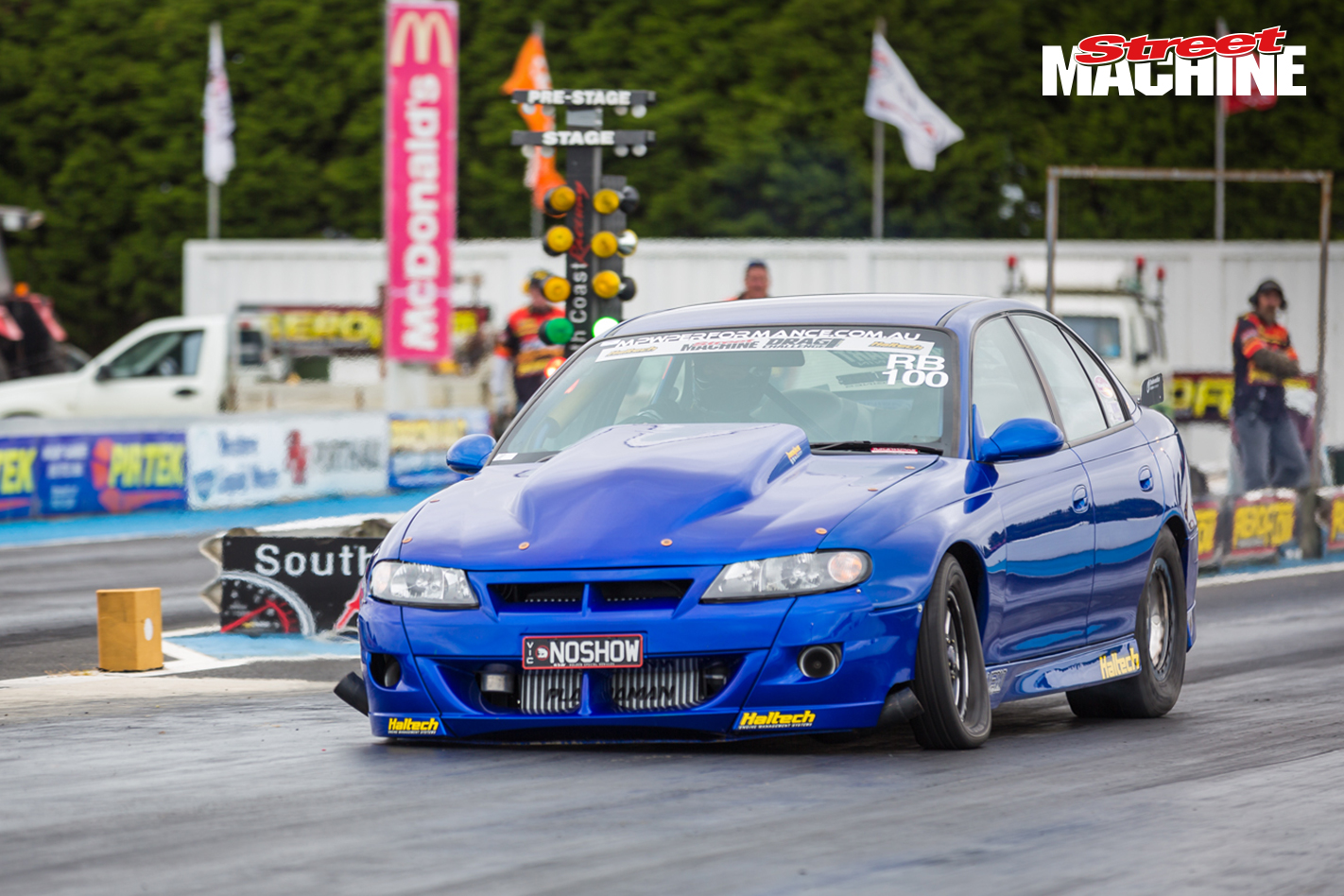 Why would Adam Rogash hand Jesse the keys to NOSHOW? Well Adam double-booked himself; he wanted the car at the LS Nationals in Portland, Victoria, but also wanted to attend his mate’s 40th birthday. So after watching Jesse go down the strip a couple of times he hit the road and let the guys give the seven-second beast a flogging. 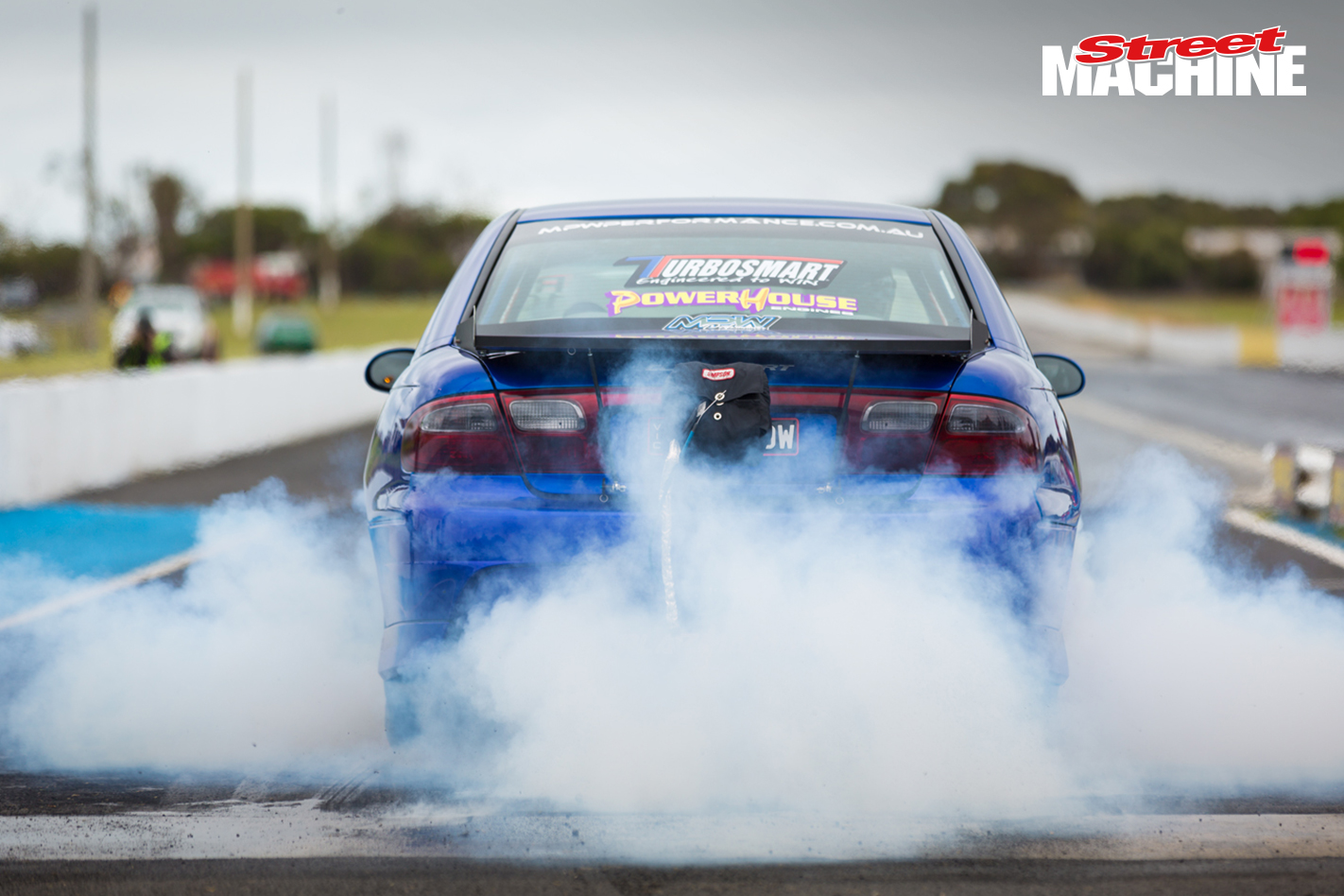 Remember that NOSHOW just finished Street Machine Drag Challenge and came in second overall, in addition to winning the Haltech Radial Blown class. The 440ci twin-turbo LS-based combo cranks out somewhere in the vicinity of 1600hp, and has run 7.99@172mph with the old combo. This new combo is a lot more potent, and the guys are trialling some new rear suspension changes to get the car down the track more consistently, before they crank it up. The street-and-strip monster certainly had no trouble getting off the line at South Coast Raceway, and seemed to get quicker with every pass. 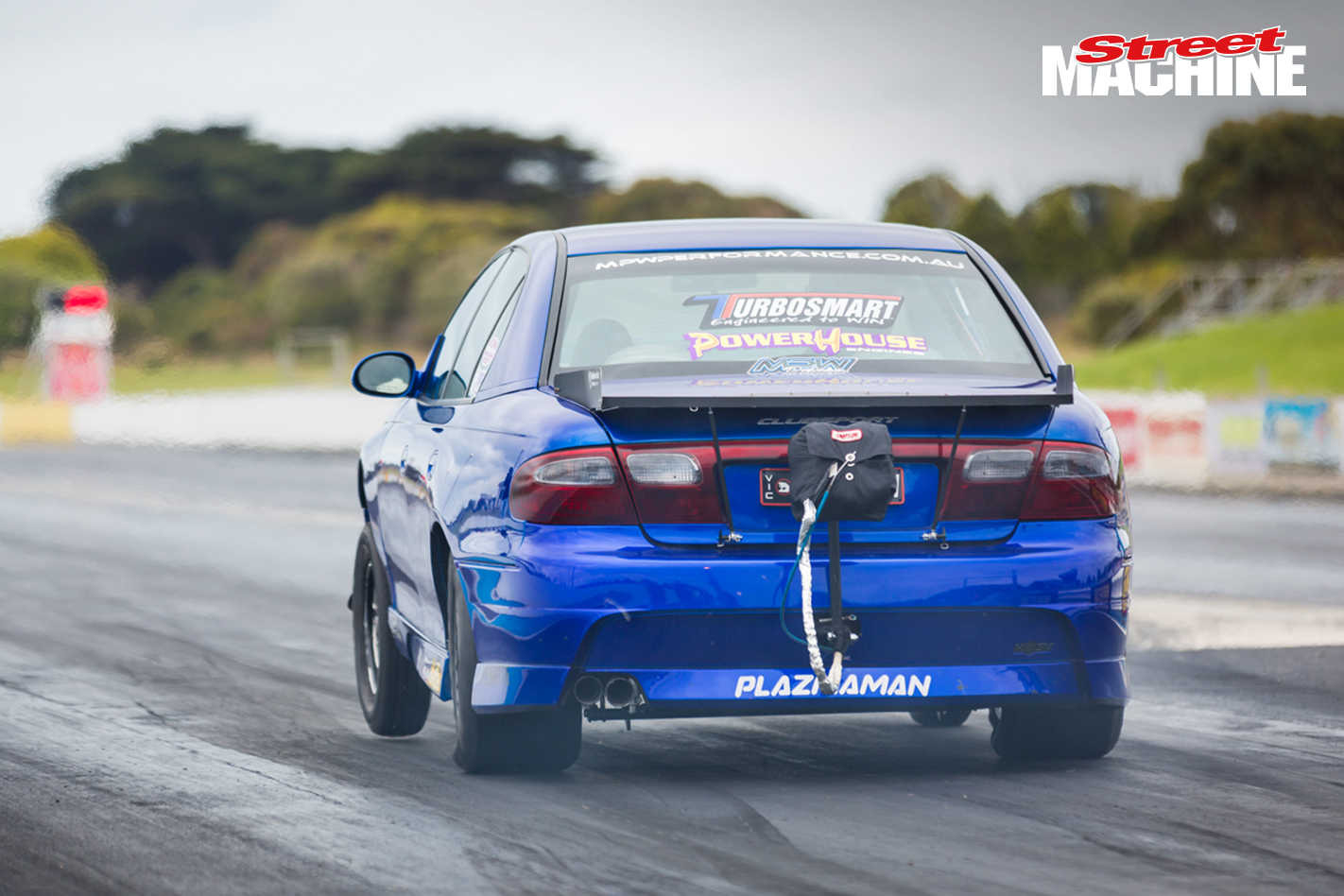 When we went to Portland last year for Drag Challenge 2015, the blue ClubSport ran a best of 5.41@134mph, but Jesse shaved almost three-tenths off that with a quickest time of 5.12@138mph. Not bad considering it’s not even his car and this was the first day he’d even raced it.

That tells us two things: Firstly, the crew at South Coast Raceway know how to prep a track and it’s a great place to do some testing, and secondly, Adam’s NOSHOW has a lot more in it, and we’re sure to see consistent seven-second passes from the car in the next few months. Maybe he’ll give us a drive!