JOHN Faraone had his Chrysler Valiant Charger out on track at the Kwinana Motorplex in Perth last weekend. John’s Charger is a veteran of Hot Rod Drag Week in the USA, having now competed at the event several times since its first campaign in 2013. If you’re not familiar with the event, it’s basically a five-day, five-track competition for the world’s quickest street cars, with a heap of drag racing as well as around 1500 miles of street driving. 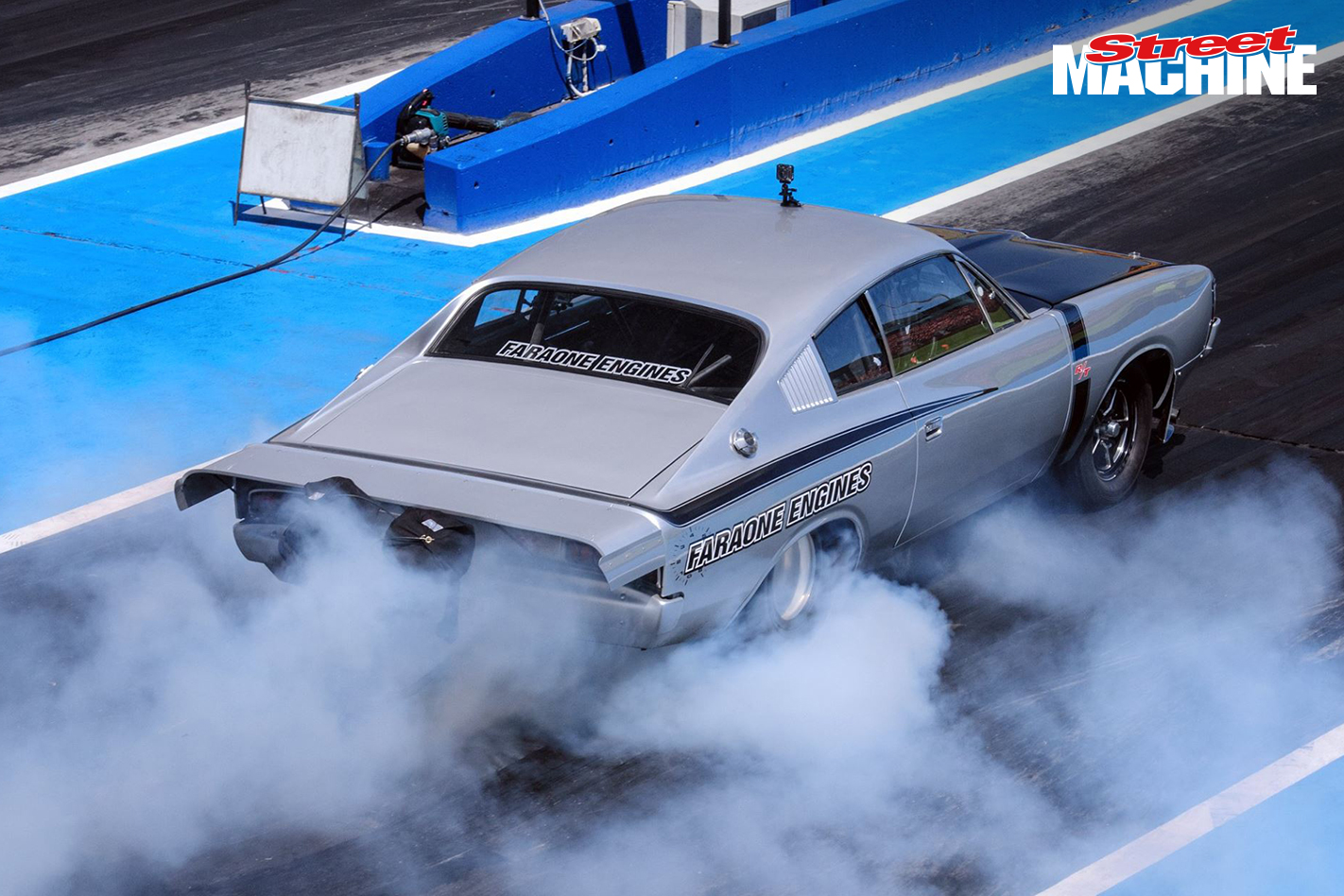 The Aussie Charger is a seven-second car, and on Day One of Drag Week 2017 John ran a PB of 7.34@195mph on slick tyres. The car’s twin-turbo 572ci Keith Black alloy big-block Chrysler motor was running on 22psi on that pass, where it made over 2000rwhp. Over the scales, the full-steel-body Charger weighed in at 3847lb.

Back on home soil at the Motorplex last weekend, John decided to give the car a run on a set of radial tyres as opposed to the big slicks he ran on Drag Week. The result was an 8.7@185mph, turning tyres for most of the track. 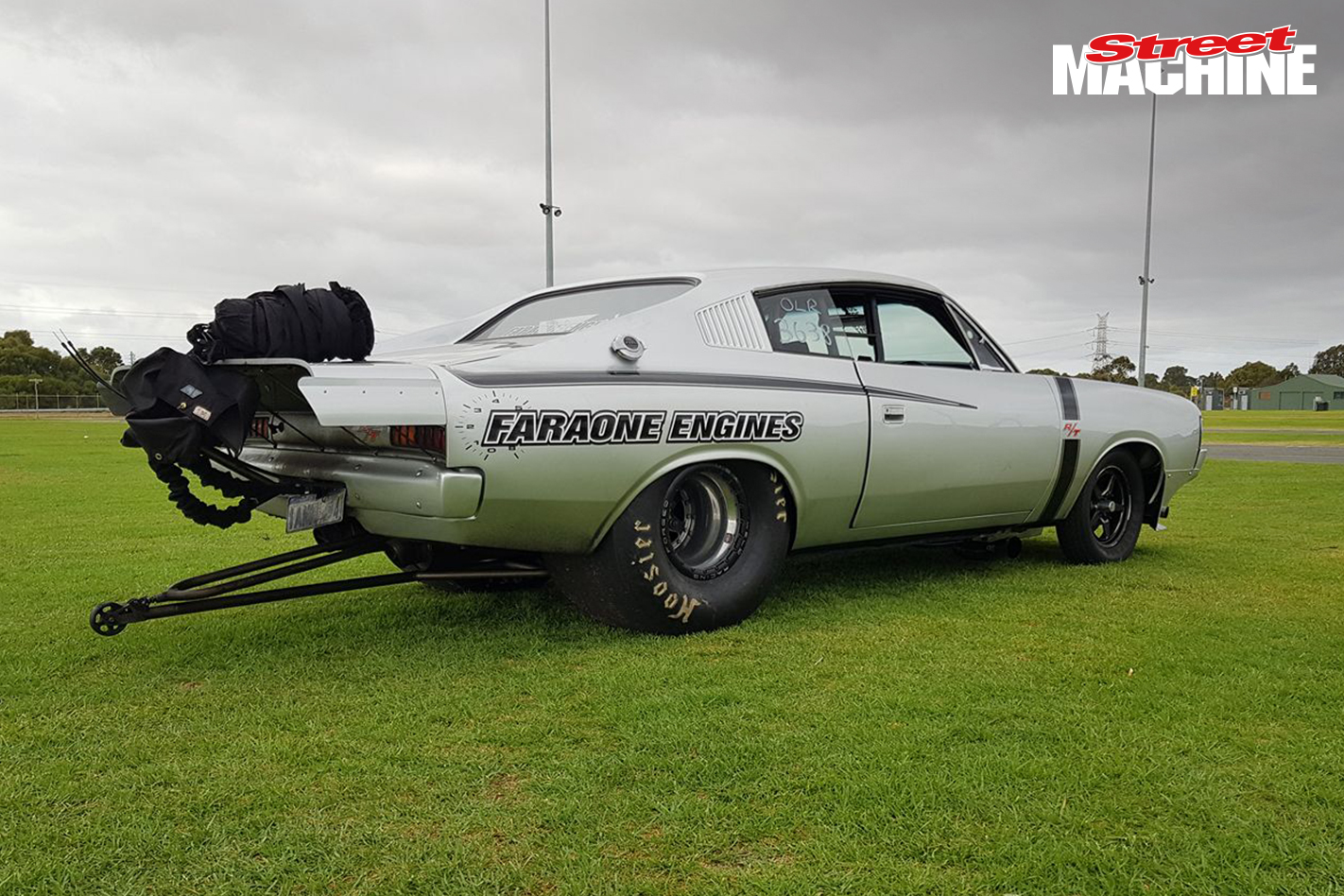 John then decided to go back to the worn old slicks he’d used over in the States for over 2000 miles of street driving plus passes at the track. On the first pass it demolished the tyres; the second pass saw a lazy 2.0 to 60ft and 8.25@195mph across the quarter, followed by a wheel-spinning 8.0 on pass number three. The fourth run saw a pretty lazy 1.39 60ft and 7.64@194mph, which you can see in the video above. On the final pass of the night, the Charger shook the tyres hard and damaged the rear quarter panel, but still ran a 7.56@201mph! 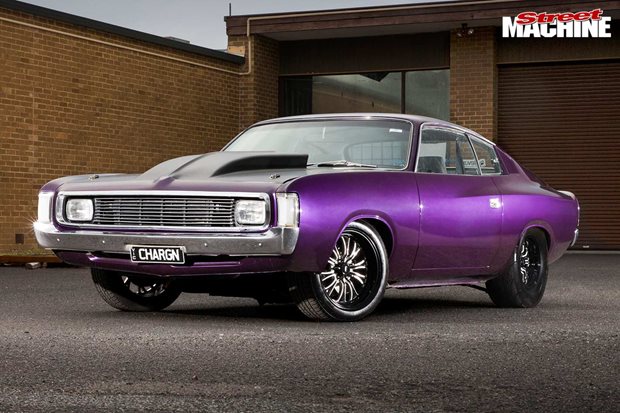 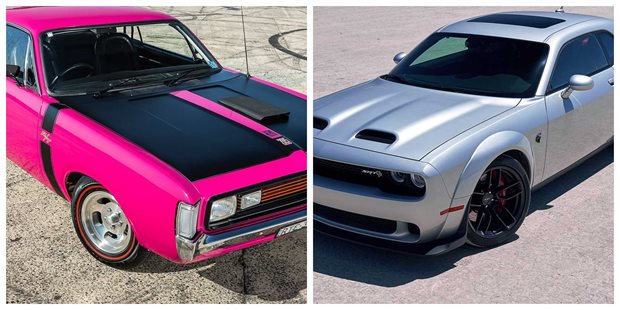 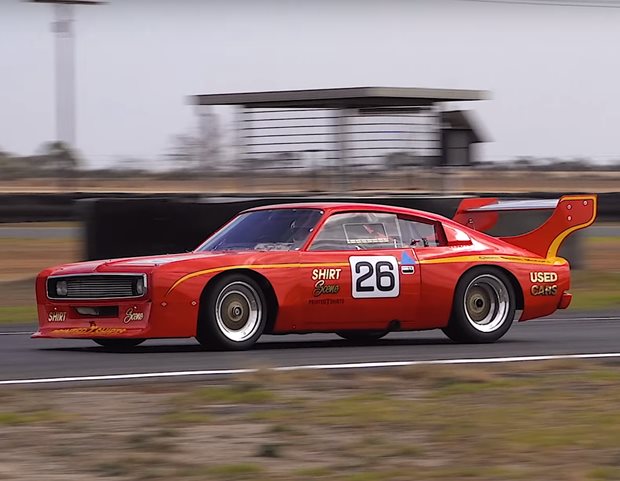