Jason and Vince turn up the boost and run nines in the Scorpion!

JASON Ghiller from Tunnel Vision Turbocharging is well known for his sleeper XD Falcon. With a big-boost Barra on board, it runs mid-eight-second quarters yet looks like the beige Falcon your grandpa would drive, still retaining the factory snowflake wheels. What people probably don’t know is that Jason also owns another sleeper car with good mate Vince Riccotti – a Mitsubishi Sigma Scorpion powered by a turbocharged Nissan VG30 motor. 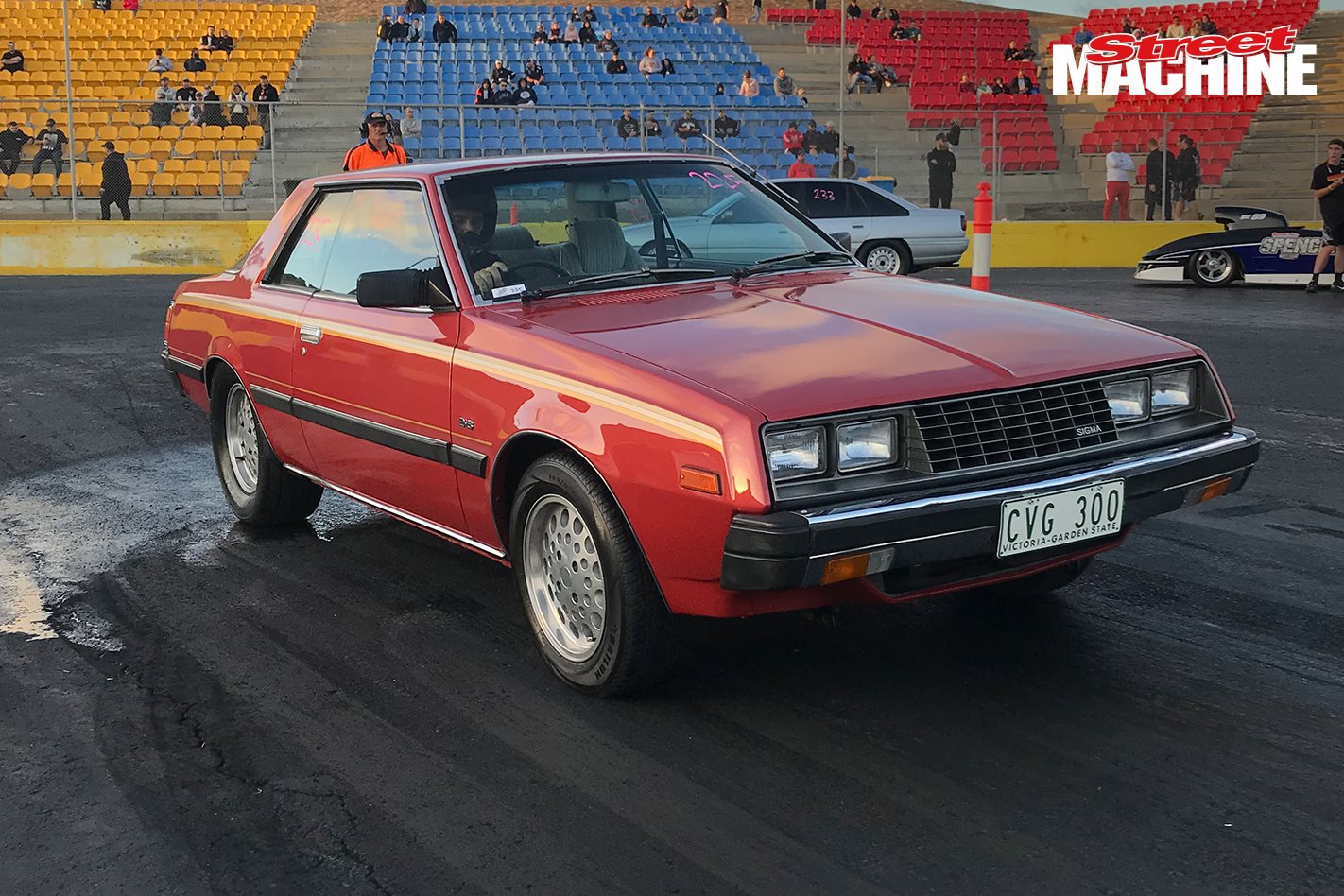 The pair came up with the idea to turn the Scorp into a sleeper when Jason had the 300ZX 3.0-litre V6 sitting on the floor of his factory and they spotted the browny-red Scorpion while surfing Gumtree. The V6 was meant to go in Jason’s work ute, but later that day it was sitting in the Mitsubishi coupe!

The VG30 is a stout bit of gear. Jason built the thing with Eagle rods, SPS pistons, custom camshafts and ported factory cylinder heads. It’s boosted by an old-school Garrett GT45 turbo and runs a Haltech Platinum Sport ECU. The rest of the driveline consists of a two-speed Powerglide with a transbrake and a nine-inch rear end. 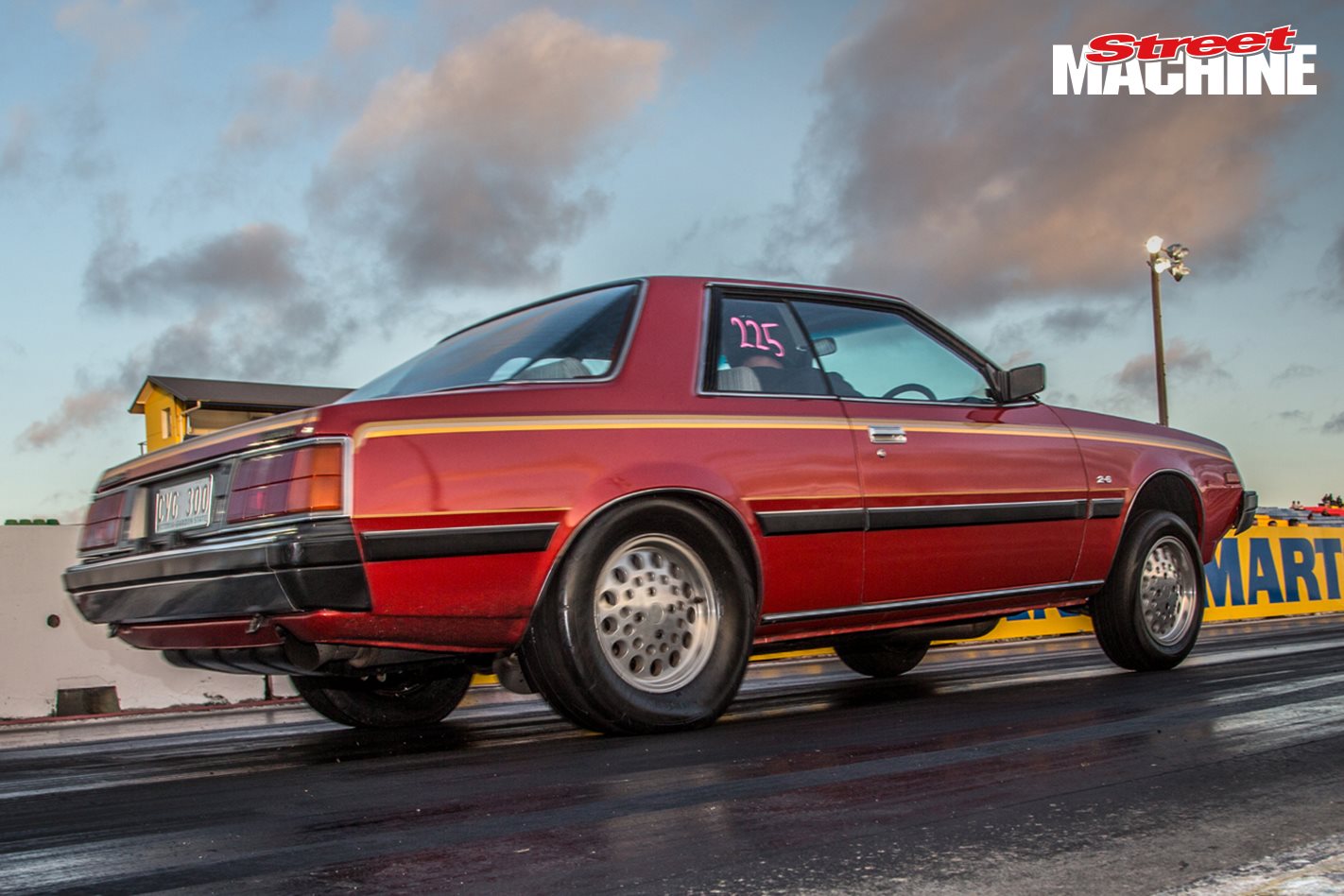 The car was built a few years ago but up until last week had never been on a dyno and had only been raced at the track once. Back then it ran a mid-10 over the quarter, but Jason got off it early as the car had no rollcage.

The Scorpion takes on King of the Street - Video

Jason and Vince got it on the dyno at Jason’s workshop last week to see just how much power they could squeeze out of the little V6, and at 41psi it maxed out the fuel pumps making 760hp! At that point it was starting to max out the turbo too.

They then took it to Calder Park on Friday night to see what it would run with a full quarter-mile pass. The first pass saw a 9.46@145mph, at which point Jason was asked to slow down or go home by an ANDRA official. He lined up again with a bit more boost in it and the little Scorp ran a PB of 9.43@145mph.

The converter is a bit too tight for the power the engine is now making, so it’s holding it back from going quicker. But this is a street car, not something Jason and Vince want to bring out and chase times, hence why it has no rollcage. It genuinely gets driven everywhere, and that’s not something you can say about a lot of nine-second, six-cylinder streeters. 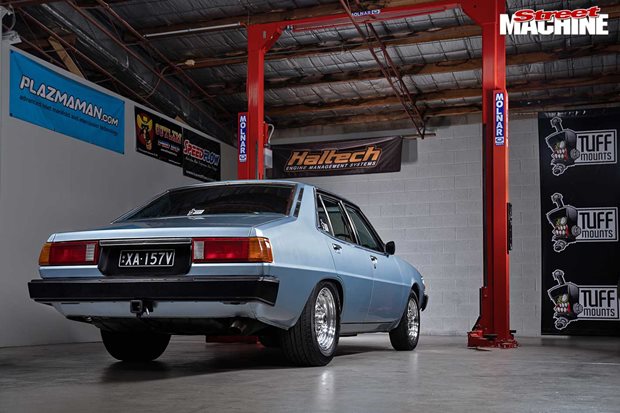