DRAG racing is as much about style as it is about pure speed, and Josh Calgaro’s WK HSV Grange combines the two with great aplomb.

“WHEN I first built the car, I had a bit of trouble getting it to survive Powercruise and events like that,” ACT-based Josh says. “So I decided to get a bit more serious, and after some discussions with Bill at BK Race Engines, I decided to build a fast, street-driven drag car. The aim is to run a seven-second pass. I thought that might be a bit optimistic, but seeing the boys from MPW run 7.9s in the NOSHOW Clubsport makes me think it will be achievable.” 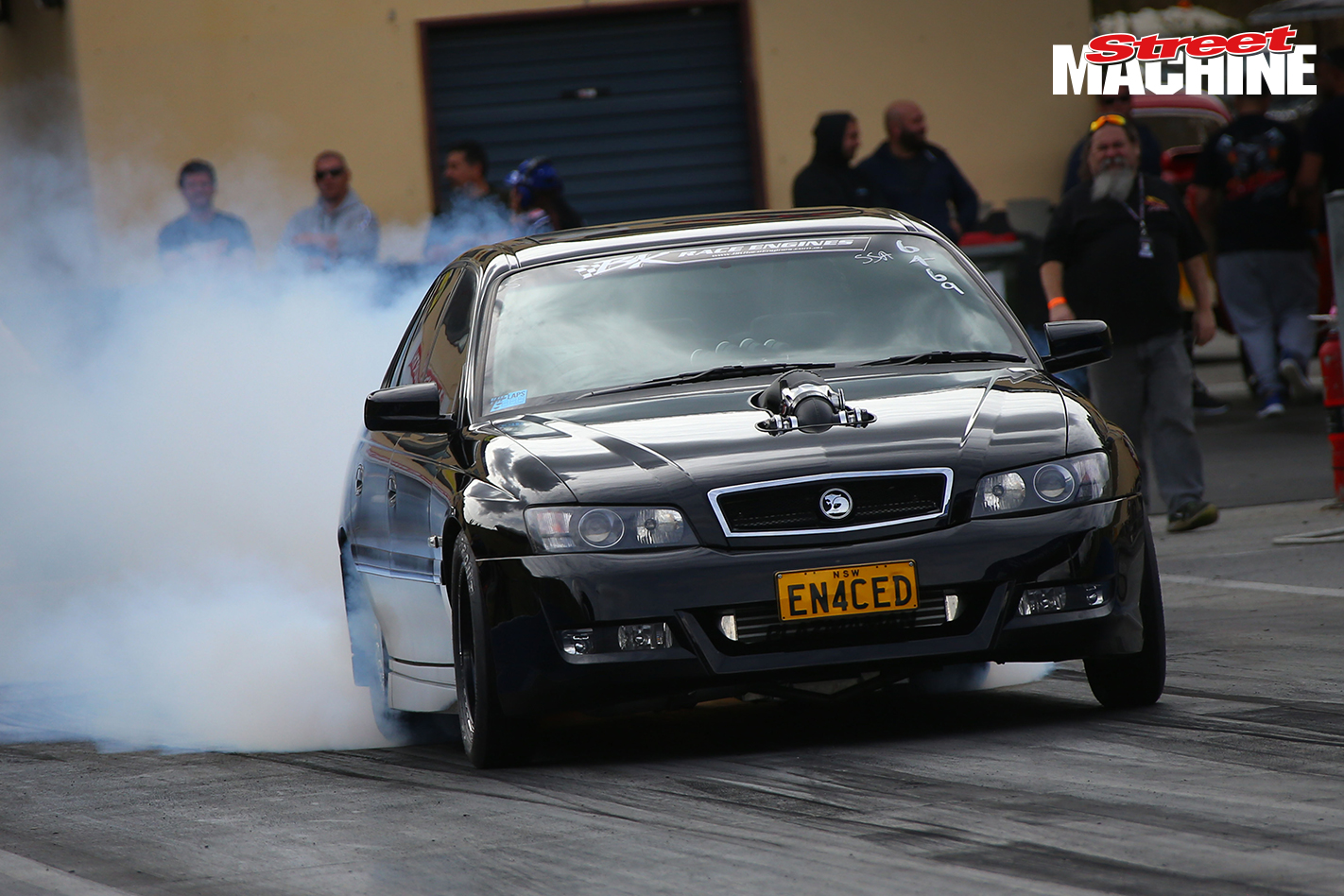 The motor is based around a Dart LS Next 427, with Callies crank and rods, Diamond pistons, Brodix heads and a Bullet cam. A dry sump, mechanical fuel pump, PWR radiator and a Jesel distributor drive all point to the car’s very serious intent. External hardware includes a Holley intake manifold, twin Precision 76mm turbos, a Plazmaman intercooler rated to 2000hp, and twin Turbosmart 60mm wastegates. The brains of the operation is a Big Stuff 3 ECU, with an AMS-1000 C02-operated boost controller. 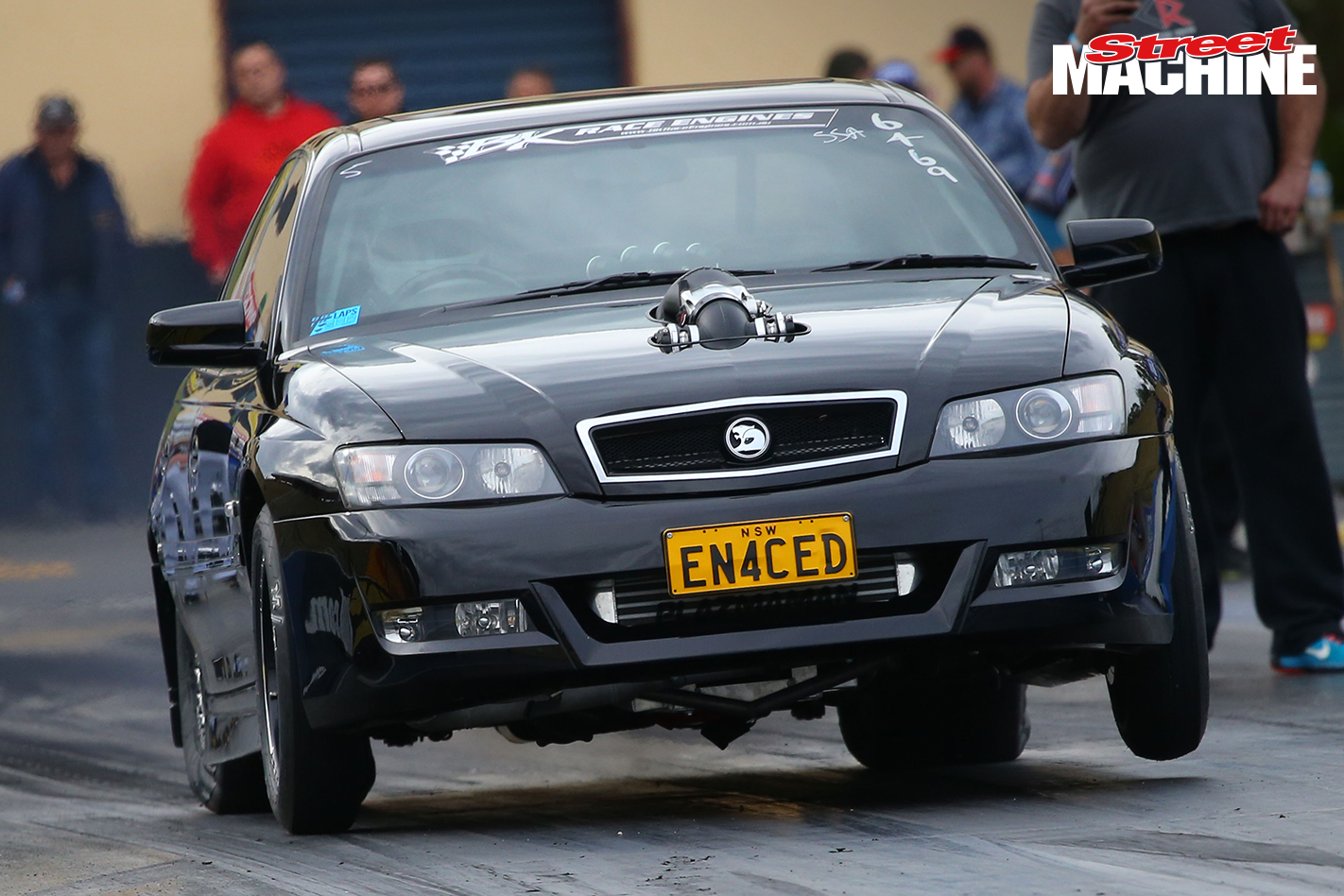 Behind the motor is an Al’s Race Glides Turbo 400, with a TCE converter and a Race Products sheet-metal nine-inch with all the good gear. A McDonald Bros Racing four-link will help get the power down to the 315 Pro Radials the car wears on race day. The race rims are a set of Weld V-Series, with some 22in Simmons wheels for street duty. The car runs monster brakes all around and uses a Wilwood pedal box. Another interesting touch is the Porsche electric/hydraulic power steering. 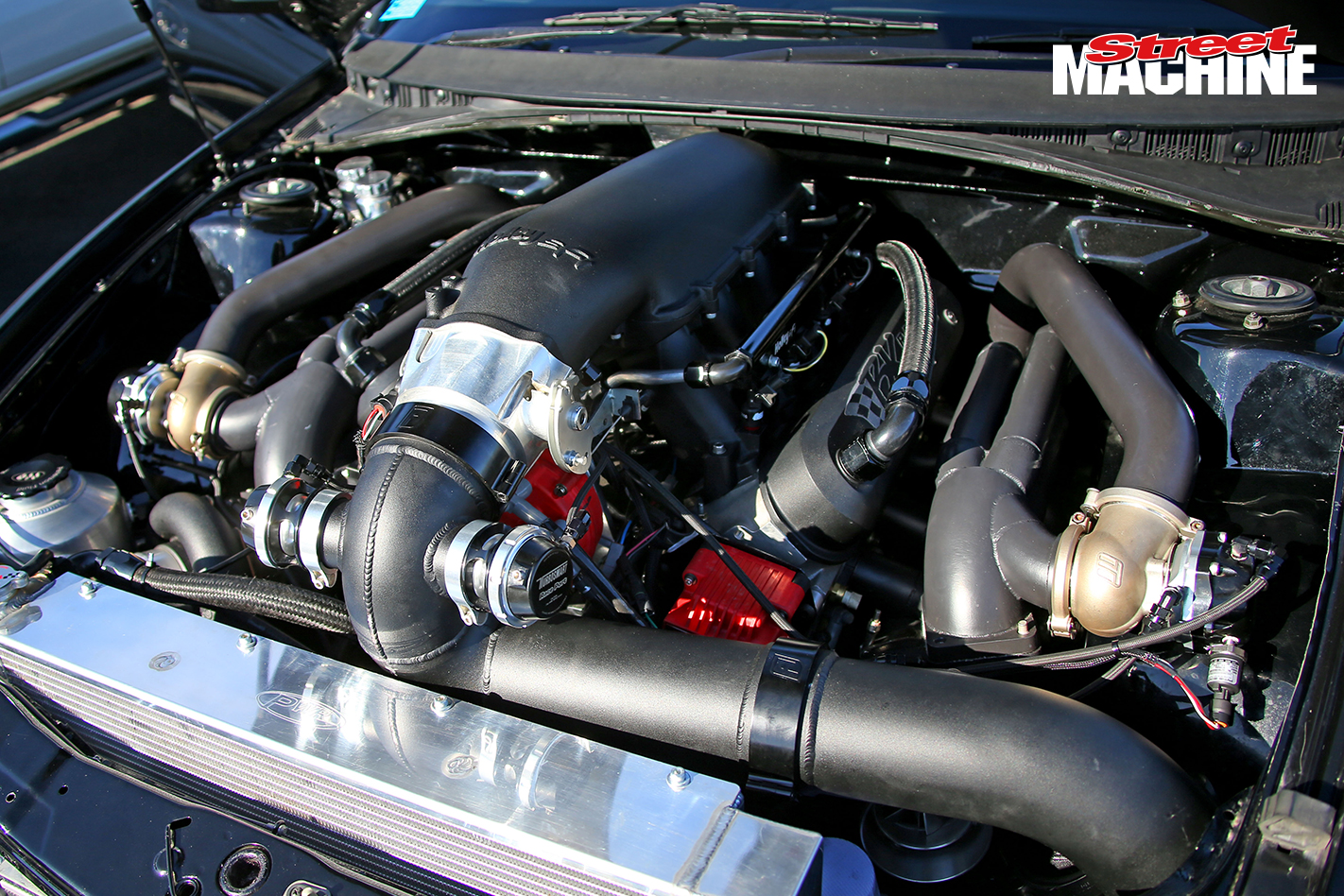 Plenty of fabrication work has gone into the Grange for both practical and aesthetic reasons, including a shaved engine bay, boxed rails, wheel tubs, a flat floor in the boot, the exhaust manifold and a six-point chrome-moly ’cage. Inside, Josh has upgraded to a VE Senator interior. 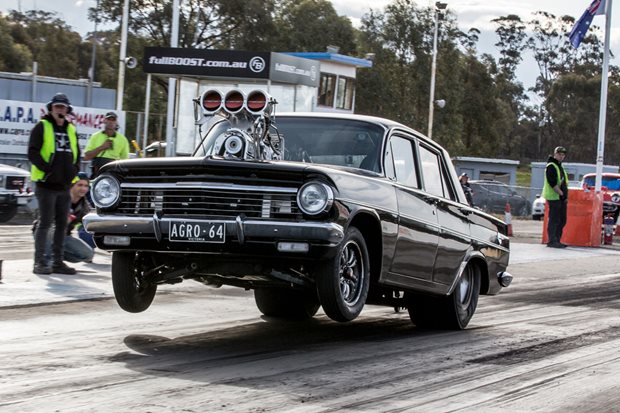 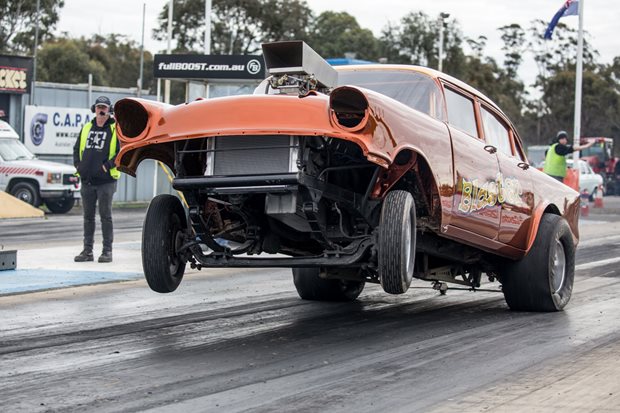 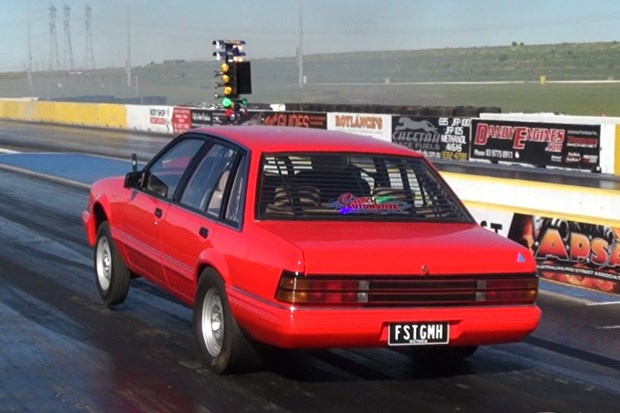