BY NOW you’ve probably heard about Street Machine’s Turbo Taxi, a project car we’ve been building up as part of our new video series, Carnage.

In short, we bought an ex-Melbourne taxi for way too much money, then whacked on a turbo setup worth more than double what we paid for the car, and hooked up a custom LPG fuel system run by a Haltech Elite ECU. Our aim is to run tens in full street trim, and we’re getting closer and closer every time we hit the track. We thought we were breaking new ground with the project, but it turns out someone out there has already boosted up an old FG taxi – and they’re running nines! 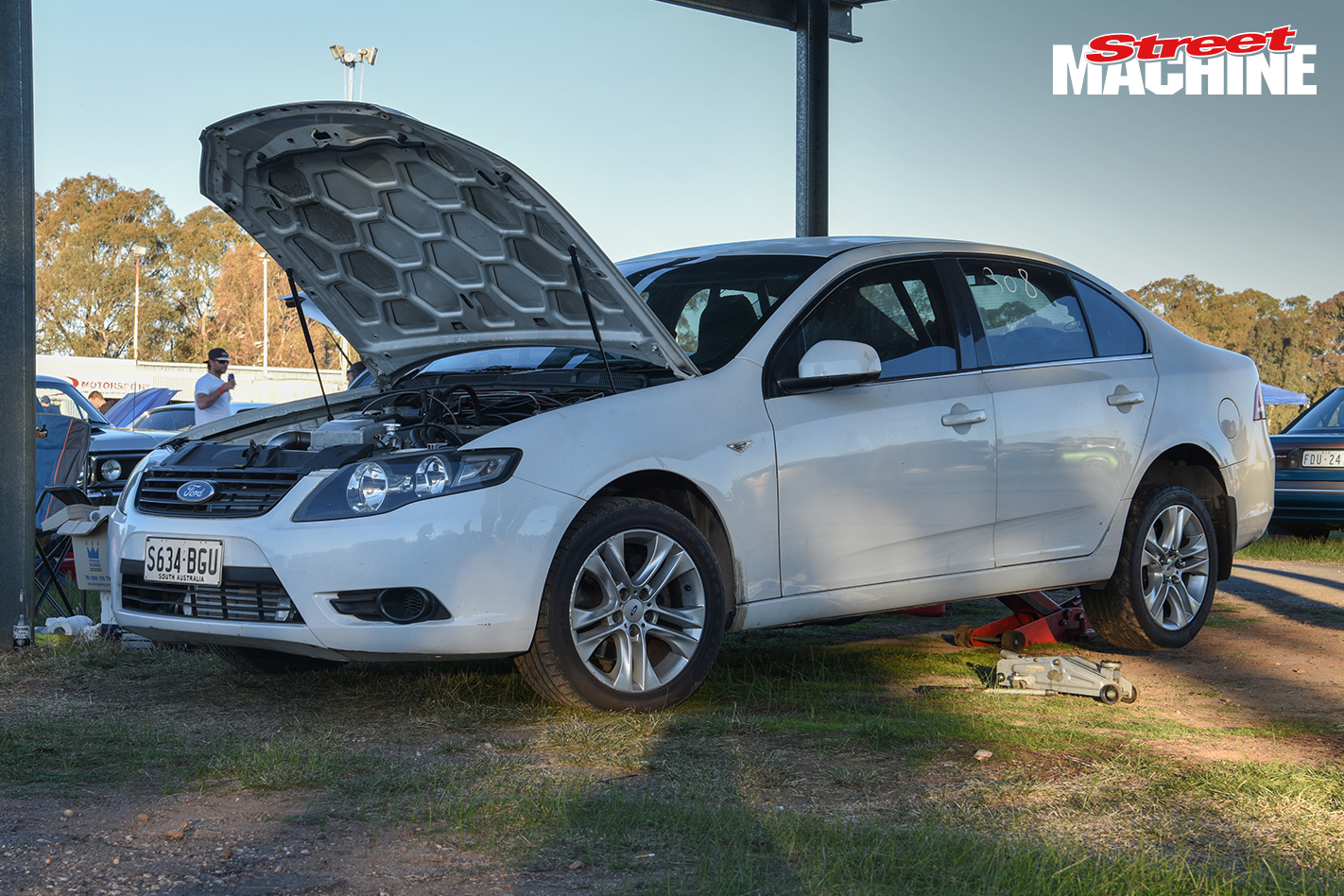 That person is Will Baddam from Adelaide. He picked up his Adelaide-spec (read: white in colour) taxi with 577,000km on the clock and strapped on a Chinese 66mm turbo, converted it to E85 and went racing. Would you believe it ran tens completely standard save for a set of valve springs? 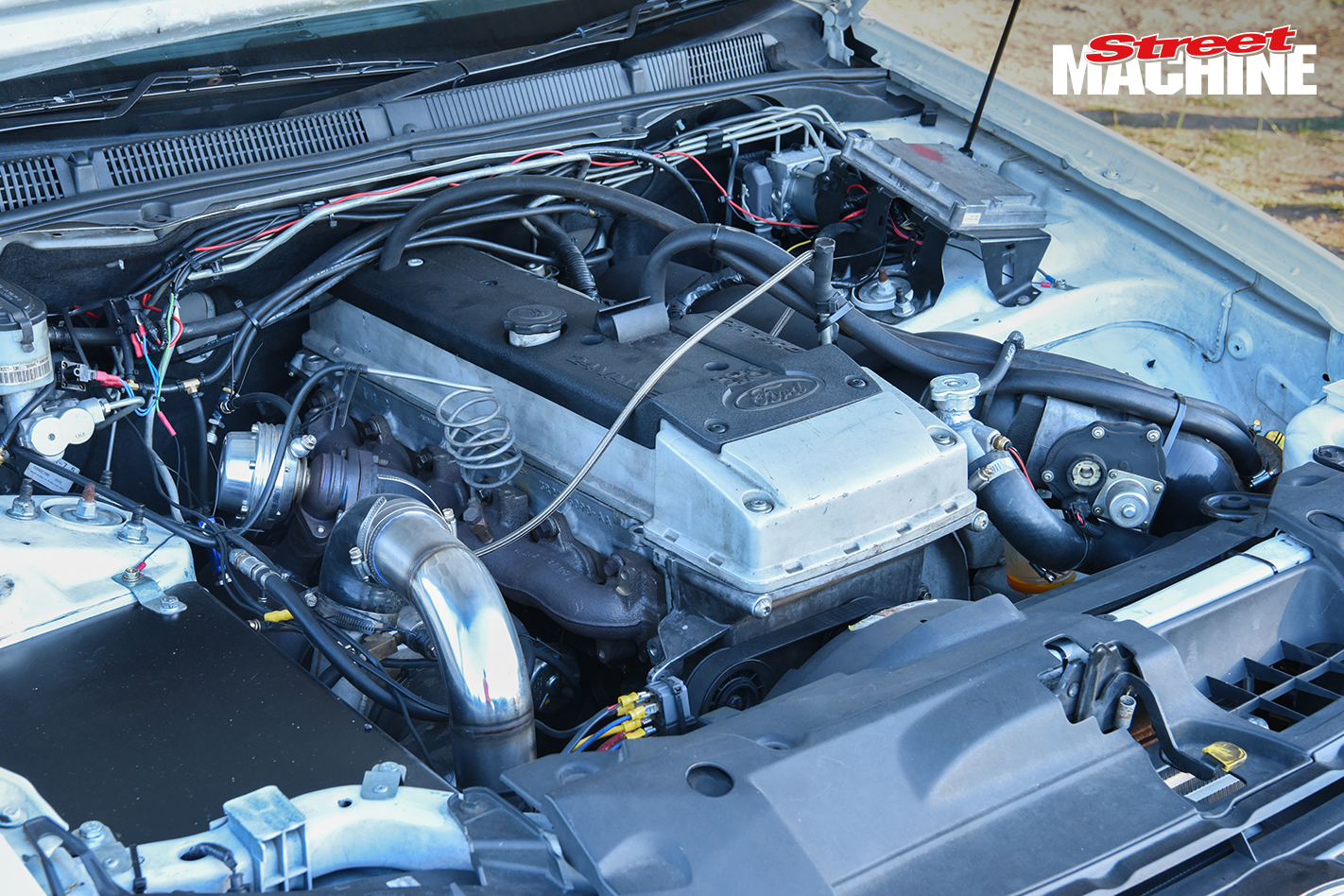 Since then Will has got the full weight Falcon into the nines, blown up a few motors, gearboxes and just about every other mechanical part in the car.  “I slapped together this engine for the Ford Forum Nats, and it has Egas rods from a couple of different motors and it has four Egas pistons and two petrol pistons,” said Will. Sometimes you just have to work with what you’ve got and that’s what makes backyard-built projects like Will’s taxi interesting.

It still made 420rwhp on 22psi of boost and drove fine, until the factory-spec driveshaft broke, smacked against the output shaft on the transmission and damaged the ‘box. It was Will’s first run for the weekend too, during Friday’s practice session. “I normally leave on 10psi but because it was the first run I only had 8psi in it. When it hit full boost it just smashed the driveshaft to bits.” 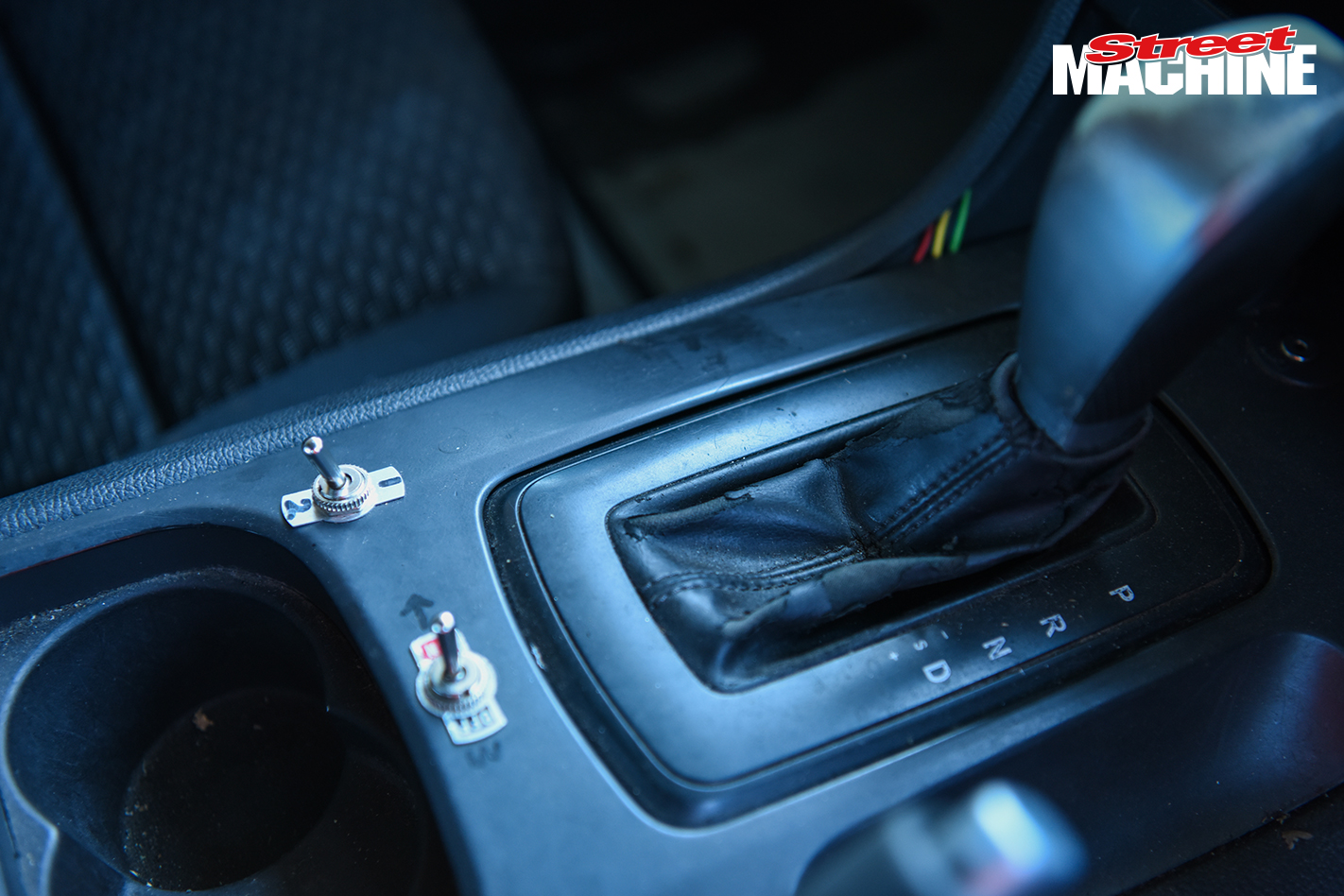 Fortunately the gearbox is nothing special. “It’s just the standard Falcon four-speed – not a turbo box or a built one – just with line pressures adjusted.” And with Will’s special gear shift mechanism – a couple of rocker switches mounted on the centre console – one controls shifting from first to second, the other third to fourth! It’s insane, but it works.