DANIEL ‘Pazzo’ Nunziante has once again made history by becoming the fastest guy in the country on radial tyres. Last night at Sydney Dragway, Pazzo went 6.58 at 221mph in his twin-turbo big-block Cortina, beating his previous best of 6.77 @ 228mph. Why the lower mph? “I’ve been pulling the chutes early recently just so I can stop in time, I’ve ended up in the nets at Sydney before and it’s not ideal,” said Pazzo.

“It probably could go 6.40s maybe 6.30s, but stopping such a heavy car at those high speeds is a bit of a problem.” 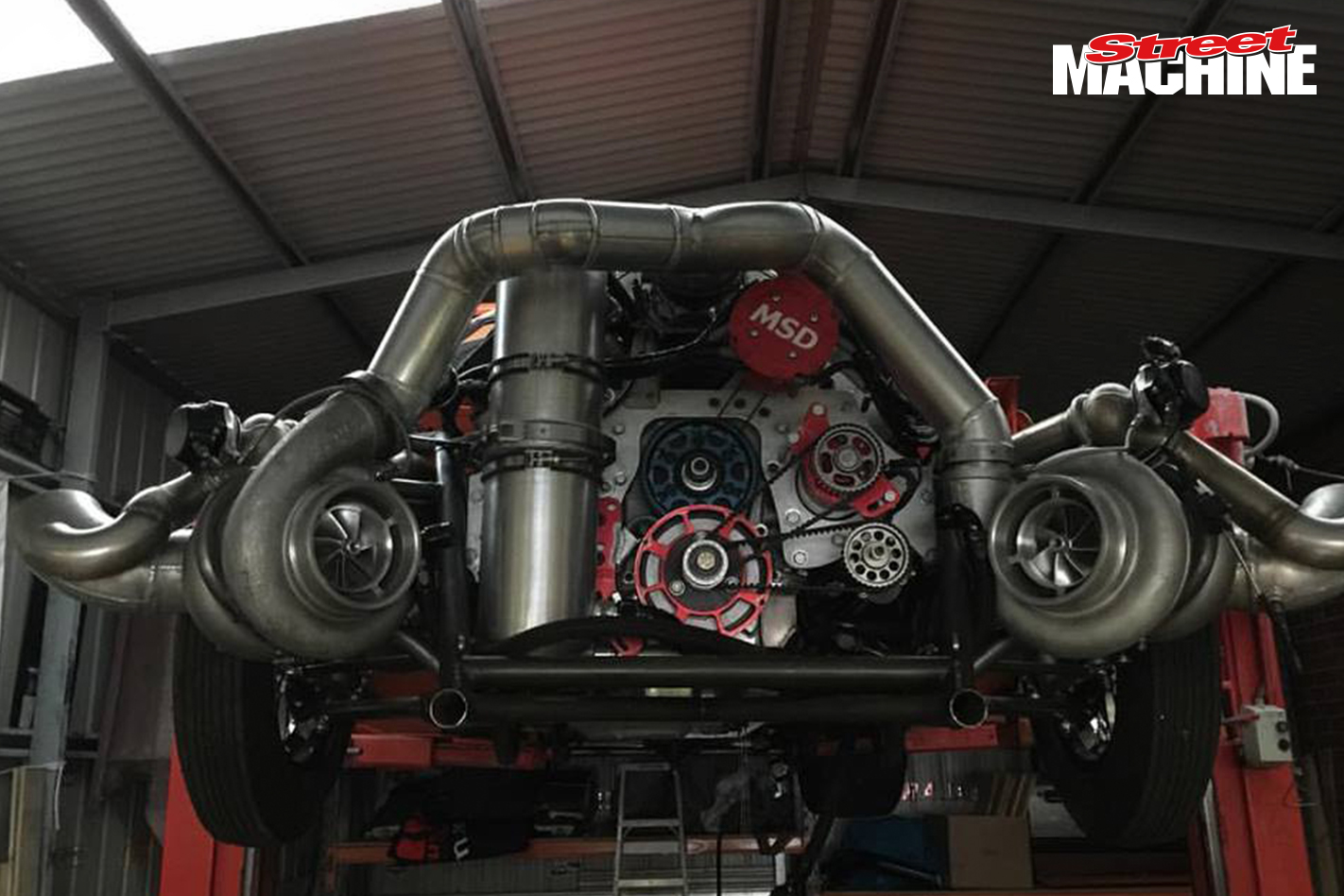 What makes Pazzo’s new Aussie radial record even more impressive is that his car isn’t a full-chassis build, or even a three-quarter car - though it is pretty crazy, as you can see by these photos. “It’s a standard suspension deal. We use all the original mounting points and chassis rails, Craig Burns at SCF Race Cars did all the fabrication and we only modified the front end so we could fit the engine in.” he said. “From the firewall back it’s all standard.”

And that engine, as you would expect, is a serious bit of kit. Built by Glenn Wells Engines in Narre Warren, it’s a 632-cube big-block Ford with twin Precision 98mm Pro Mod turbos pumping around 40psi. The Big Stuff 3 ECU is tuned by US guru Kevin Fiscus, the mill makes around 3500hp at the crank.  Sadly, you can’t throw that much grunt straight at a radial tyre and expect it to hook up, so Pazzo uses an AMS 2000 boost controller to enable the car to take off clean. 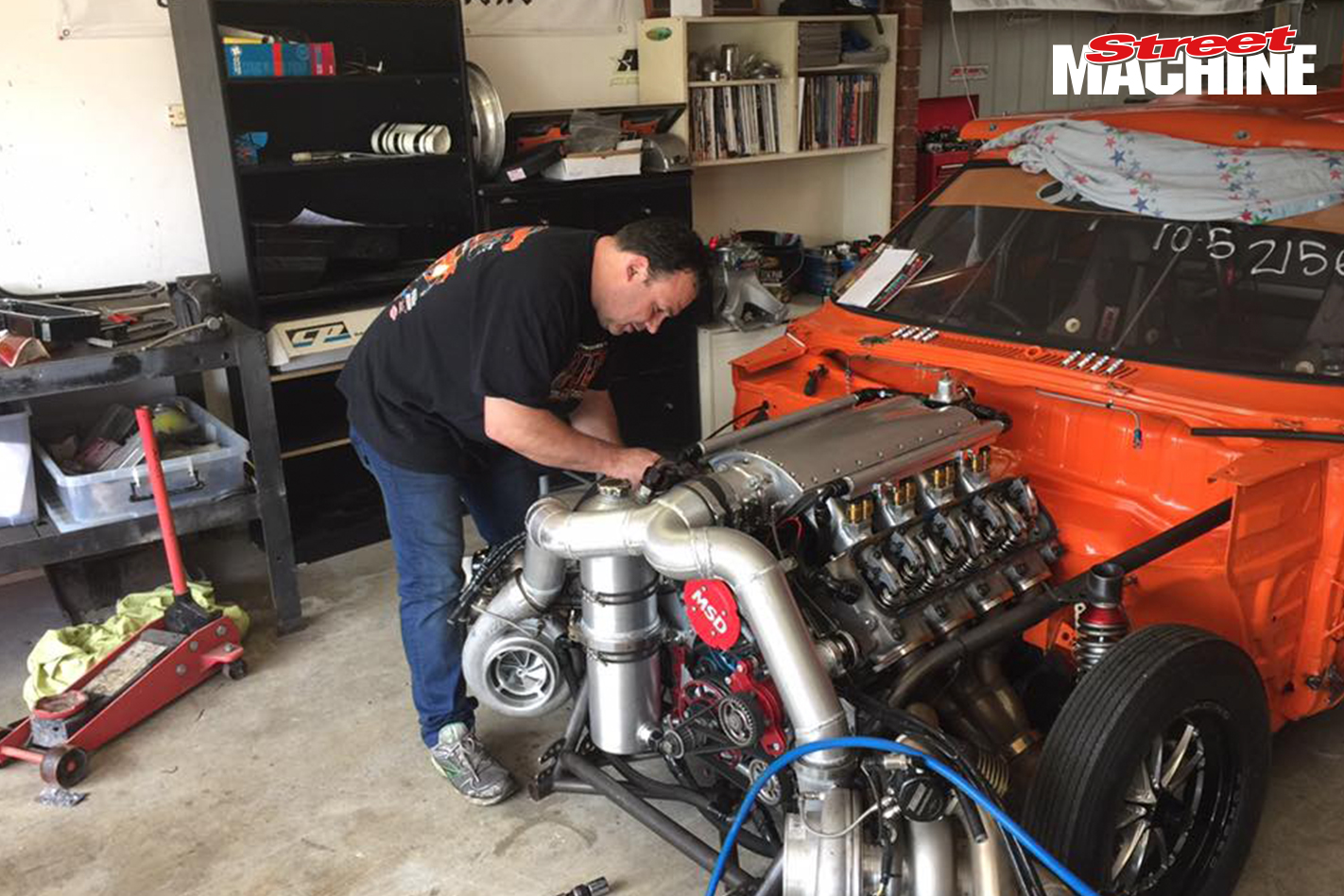 The transmission is a two-speed TH400 built by ProFormance Racing Transmissions in America with a Pro Torque converter, and Matt DeSpirt from MDT handles the maintenance. The rear end is a SCF custom-fabricated nine-inch housing with a Mark Williams centre.

Pazzo’s Cortina became the first Aussie car to run a six-second pass on radials in 2014, going 6.89 @ 222.84mph and before that he had a lot of success in the Mod Street class where he was the first to go 200mph. “I really like the radial racing because it’s small tyre, no wheelie bars and you really have to drive the car,” he said. 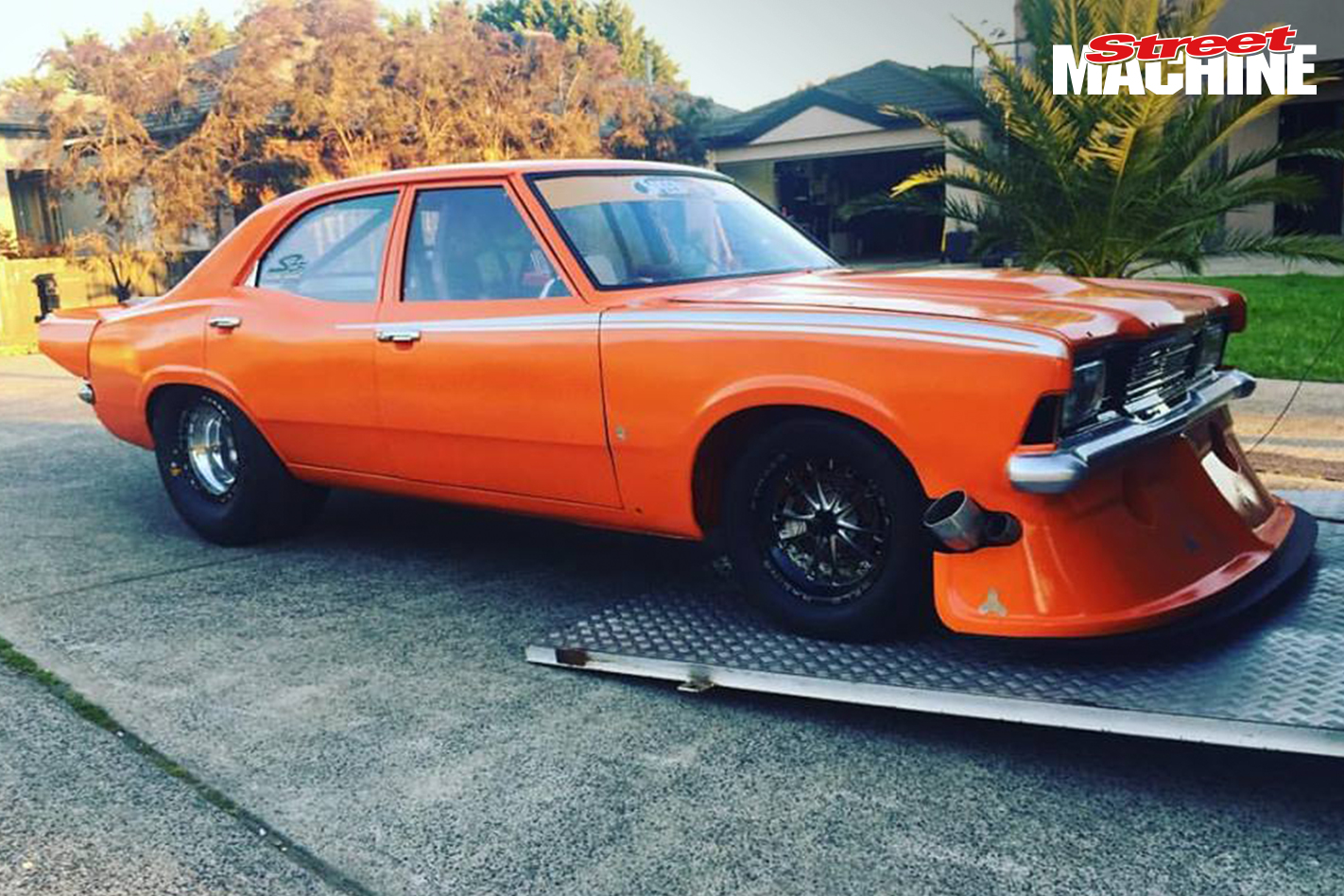 So what’s next? “I’ve got a new car in the build at the moment that’ll also be for radial racing, it’s a Fox-body Mustang that’s going to be a lot lighter than the 3240lb Cortina. It’ll have a carbon fibre panels and billet Pro Line Racing 481X engine out of a Kevin Fiscus Pro Mod car,” explained Pazzo. “I’m hoping to run fives with it – on the same 315 radials as the Cortina.”

“I’d like to thank everyone involved in getting the car to where it is now, Glenn Wells Engines, Kevin Fiscus, Proformance Racing Transmissions, Menscer Motorsport, Matt at MDT, Craig at SCF Race Cars, SpeedPro, Lucas Oils, Turbosmart, Alfa Fiberglass and Pro Torque Converters.”