QUEENSLANDER David Williams has owned a bunch of tough street cars in his time, but his latest and greatest, PSIPREM, is by far the toughest. The twin-turbo LS-powered HG Premier made a healthy 8.59@169mph pass on its first full hit at Willowbank Raceway last week, with plenty more left in the tank. It’s a full-weight, street-spec build with a full Premier interior, and with the factory-look wheels and stock hubcaps in place it looks like a neatly restored stocker, save for the reverse cowl bonnet. Under that bonnet lurks a 376ci LSX-based combo with a matching pair of Precision 62/66 turbochargers, which has proven handy for over 1200rwhp on E85, with Ricky Fenwick performing tuning duties. “To be honest I thought it had probably only run a nine because it didn’t look particularly fast or exciting,” said Dave. “That pass was on 20psi, and there’s probably another 10lbs in it. But it was great for me and great for Ricky, too. I’ve gone to a lot of trouble to make it neat and tidy and there’s a lot of attention to detail. It looks like a stocker and that’s the way I wanted it.” Once it’s dialled in, Dave is looking for seven-second passes out of the leaf-sprung, radial-tyred, full-weight, street-registered weapon. At 3700lbs with him in the driver’s seat it’s by no means a lightweight, but if its first hit out is anything to go by, the goal certainly looks to be within reach. 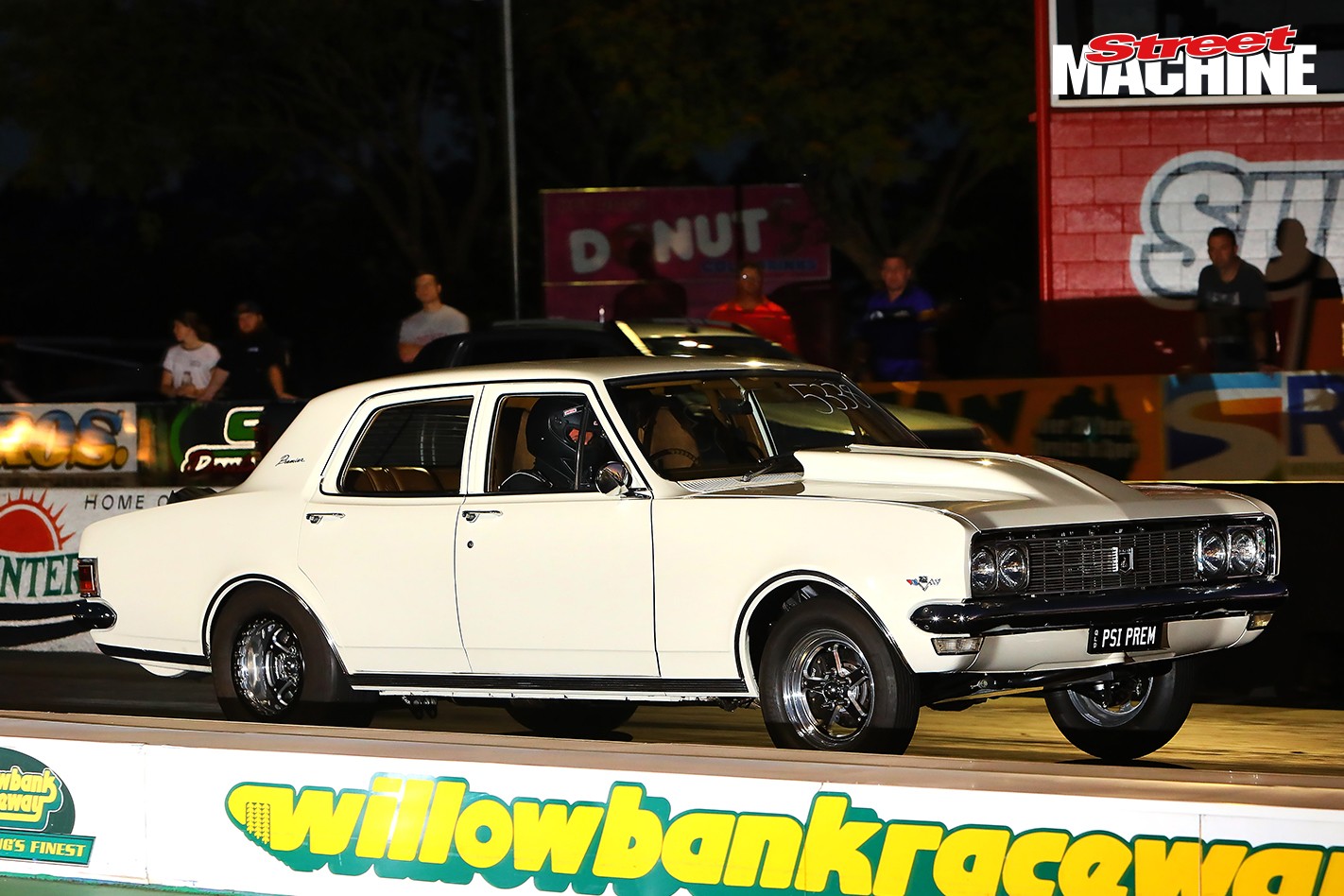 “It’s a proper street car; it’s street registered and I’ve probably done 1000km in it so far,” said Dave. “I want to run a seven in full street trim and at full weight, and it’ll take some work but I think we’ll get there. If it wasn’t for the cooked brakes could have driven it home the other night!”