SPOTTED recently performing full street duties was the seven-second TC Cortina of Goran Ivanovic. The twin-turbo LS-powered Corty recently ran a 5.11@140mph over the eighth. Goran then cranked a little into it and went 7.96@169mph on an early shut-off on the first full pass.

“He was only into it for 7.56 seconds,” tuner Justin Simpson of Horsepower Solutions said. “It’s gotta go 178-182mph with what it’s got, and to be honest it’s not a mega-dollar set-up. It’s running an old Haltech Platinum ECU and an early LS motor, but the car went 1.25 in the 60ft, so it’s all kinda there. We just need to string it together.” 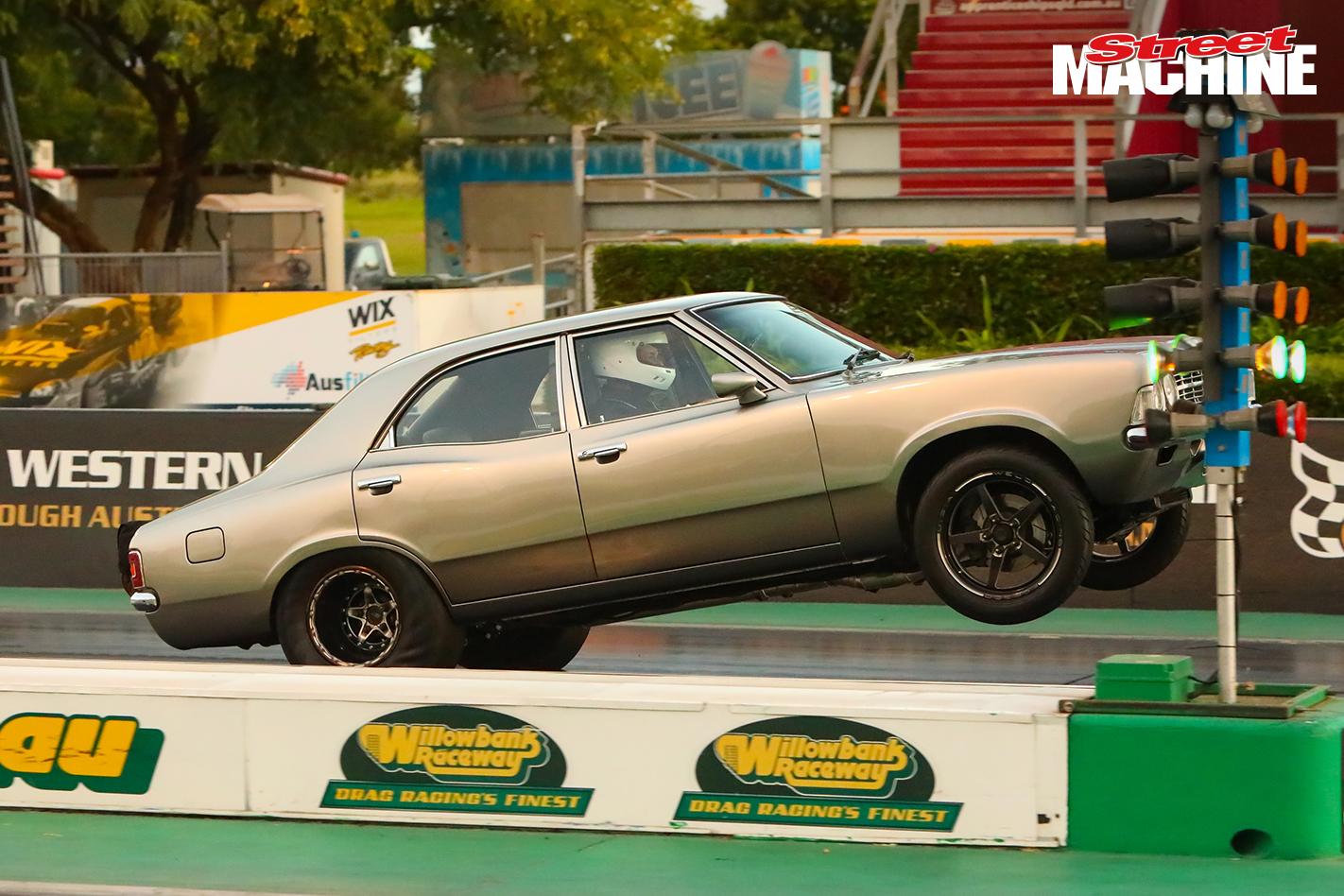 The combo is the built LS2 out of Goran’s old VL Commodore which crashed on its way to its first seven-second pass, teamed with new AFR cylinder heads and twin BorgWarner SXE66 turbochargers. The old combo ran factory LS heads and a single Garrett turbo, so there’s a lot more in this setup power wise. From there it runs a Powerglide and a bulletproof nine-inch shortened for fat Mickey Thompson 325/60 tyres. For more info check out the full feature on Goran's Cortina here.

At the moment the combo is running around 26psi over the finish line, and the Cortina is said to be mega-reliable and a real family car. From where we are sitting, it has the makings of an absolutely killer Drag Challenge package!