ONE thing we love seeing is street machines, hot rods or race cars from days gone by that are still out there, decades after they were first built, blowing minds and torturing tyres. Another thing we dig is when someone takes it upon themselves to lavish bulk development on an antiquated engine, pushing it far beyond the limits of what most experts think is possible. And if you combine the two, you really have our attention! 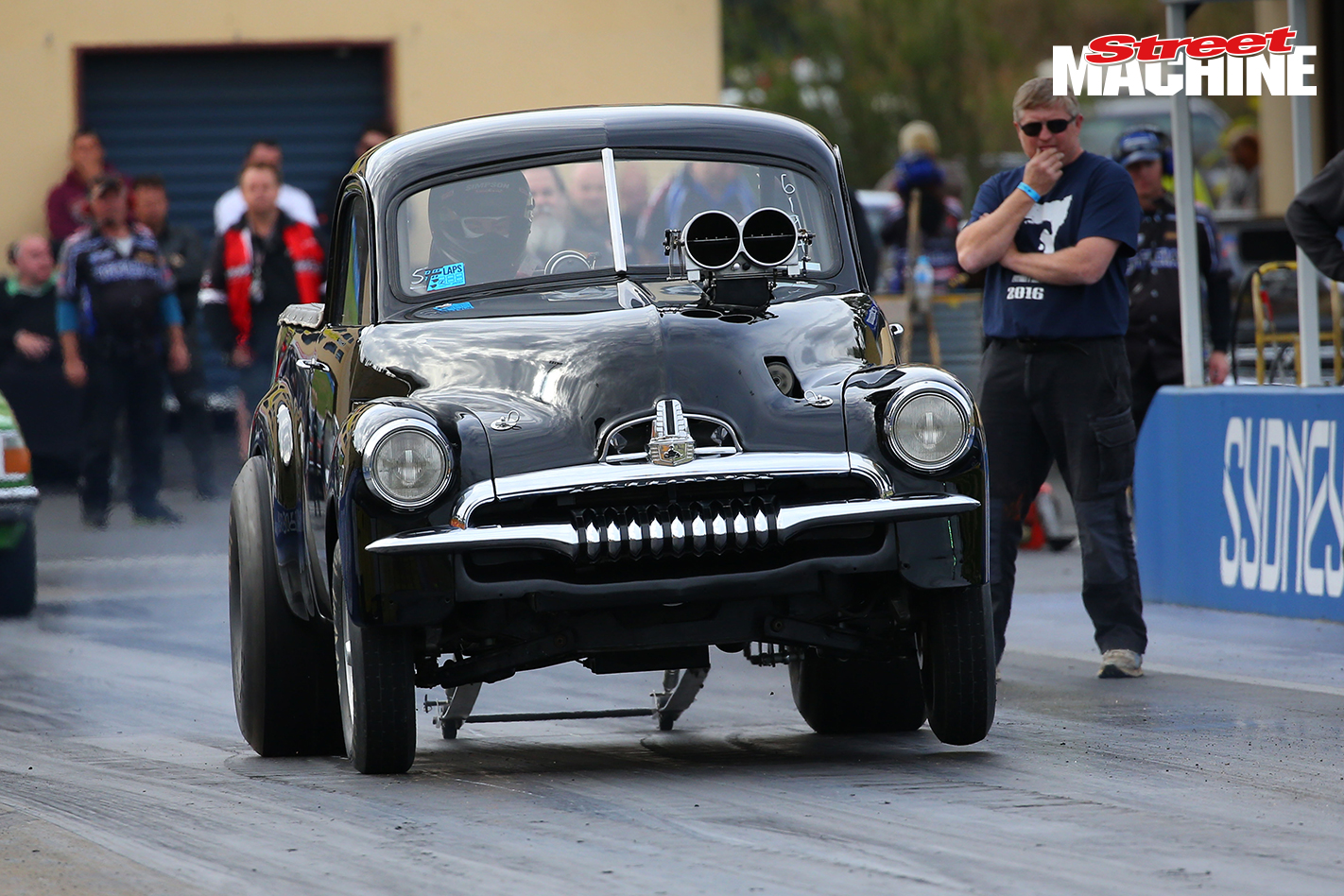 A case in point is Jeff and Matt Ramsay’s FJ Holden ute. It was originally raced in the 70s by Sydney racer Ray Walker. Dubbed Brumby, the FJ ran in the 13-second zone thanks to an aspirated Holden six. 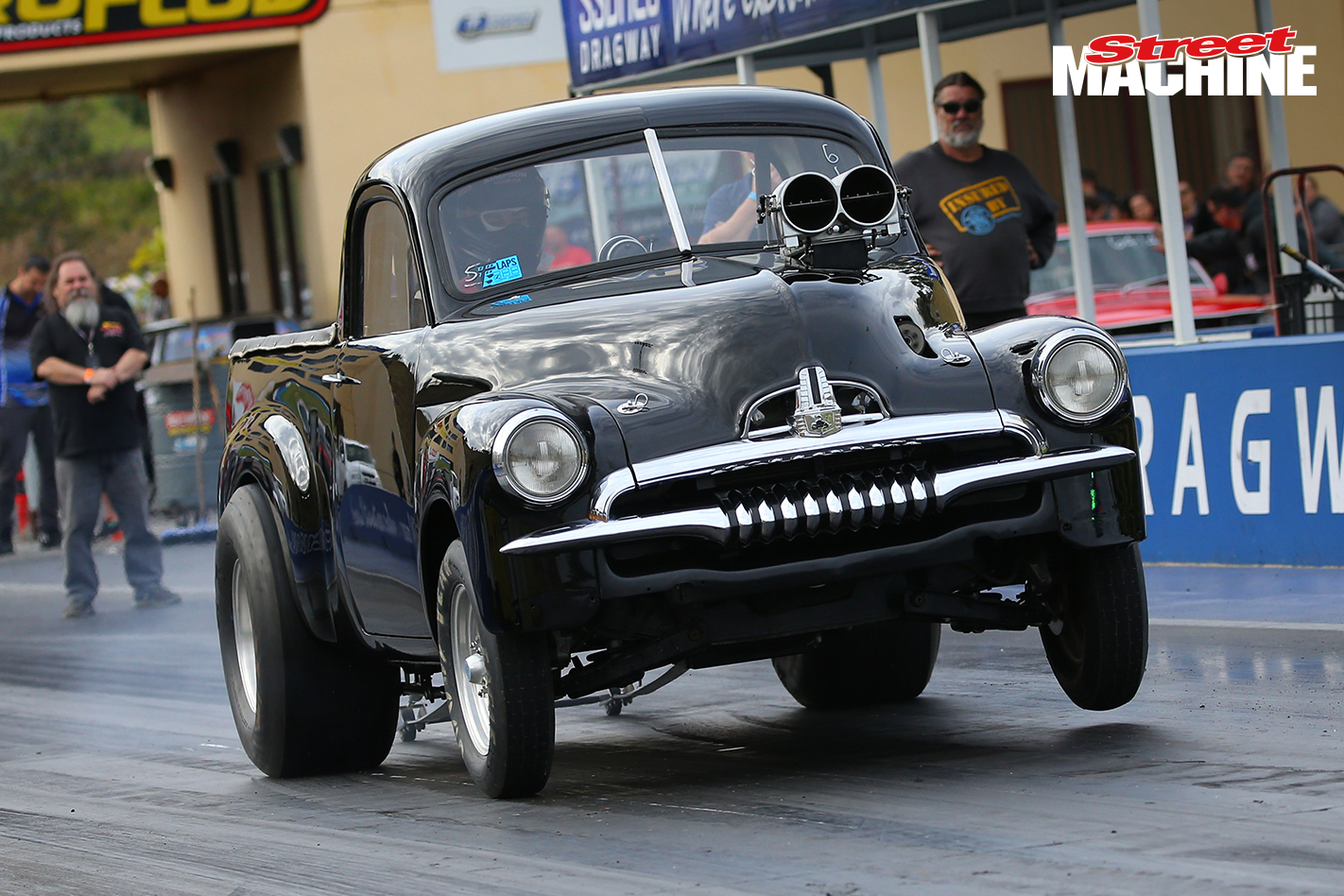 Jeff and Matt love the history of the car, but they also want to go a lot faster than Ray ever intended. Luckily, the pair have the skills for the job – Jeff is a supercharger specialist with over 30 years in the game, while son Matt is a CNC programmer and machinist at Plazmaman Racing. 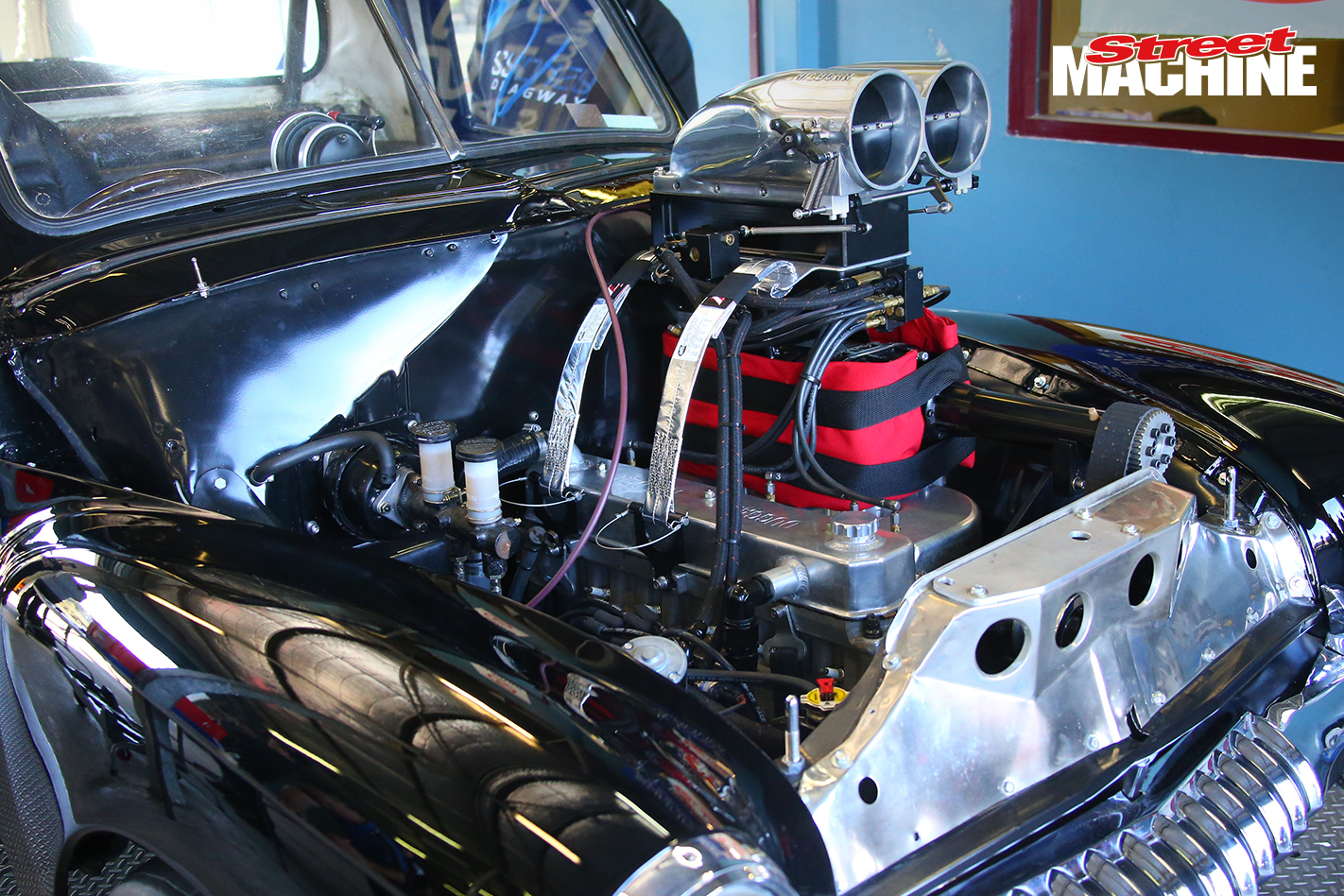 You can check out the full story on the engine itself here, but suffice to say it is based around a humble 186 red motor with a factory Holden crank and a bunch of bespoke internals. One of the big problems with putting serious horsepower through these old engines is keeping the blocks intact, so the plan was to make the engine breathe as efficiently as possible, rather than rely on massive RPM. To that end, the boys combined a Duggan aluminium cylinder head with a super-efficient 3.3-litre Whipple blower. The result? 700hp on the Westend Performance engine dyno at 7250rpm. 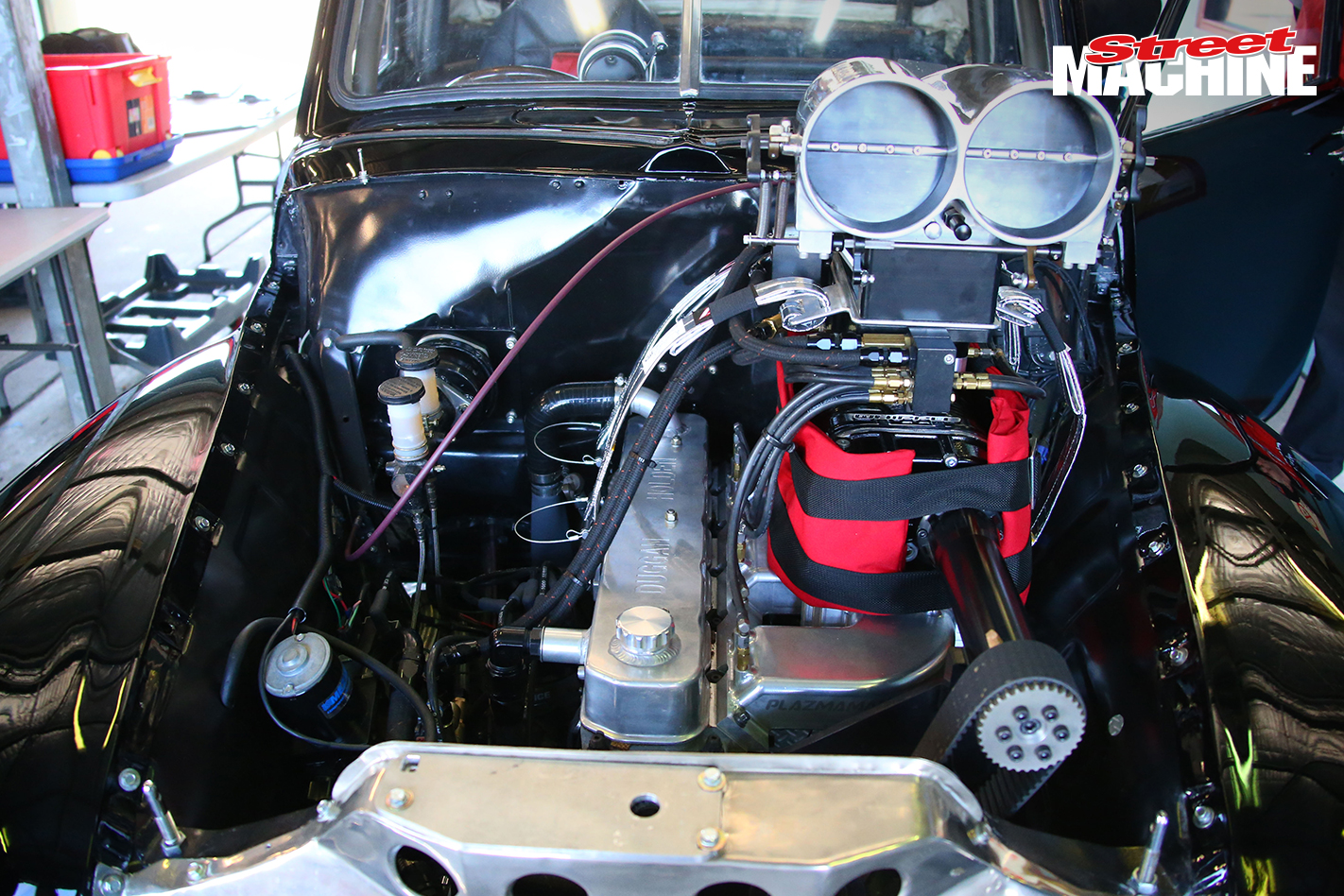 It has been a lot of work, but the car has made its first exploratory passes down the strip, with Jeff behind the wheel at Sydney Dragway. The carbon fibre injector hat that we saw in our tech story has been replaced with a Hilborn item, but otherwise the combination is the same. “It was running about 22psi, which is about as much as the blower will produce,” says Matt. “We only got one pass in, which was a half-track pass at 11.5-seconds at 93mph. It sounds awesome and we can’t wait to get back out there.”