“It was the first day and we were in the staging lanes and I just crossed paths with Les,” Terry explains. “He introduced himself – I obviously knew who he was – and we got chatting.” 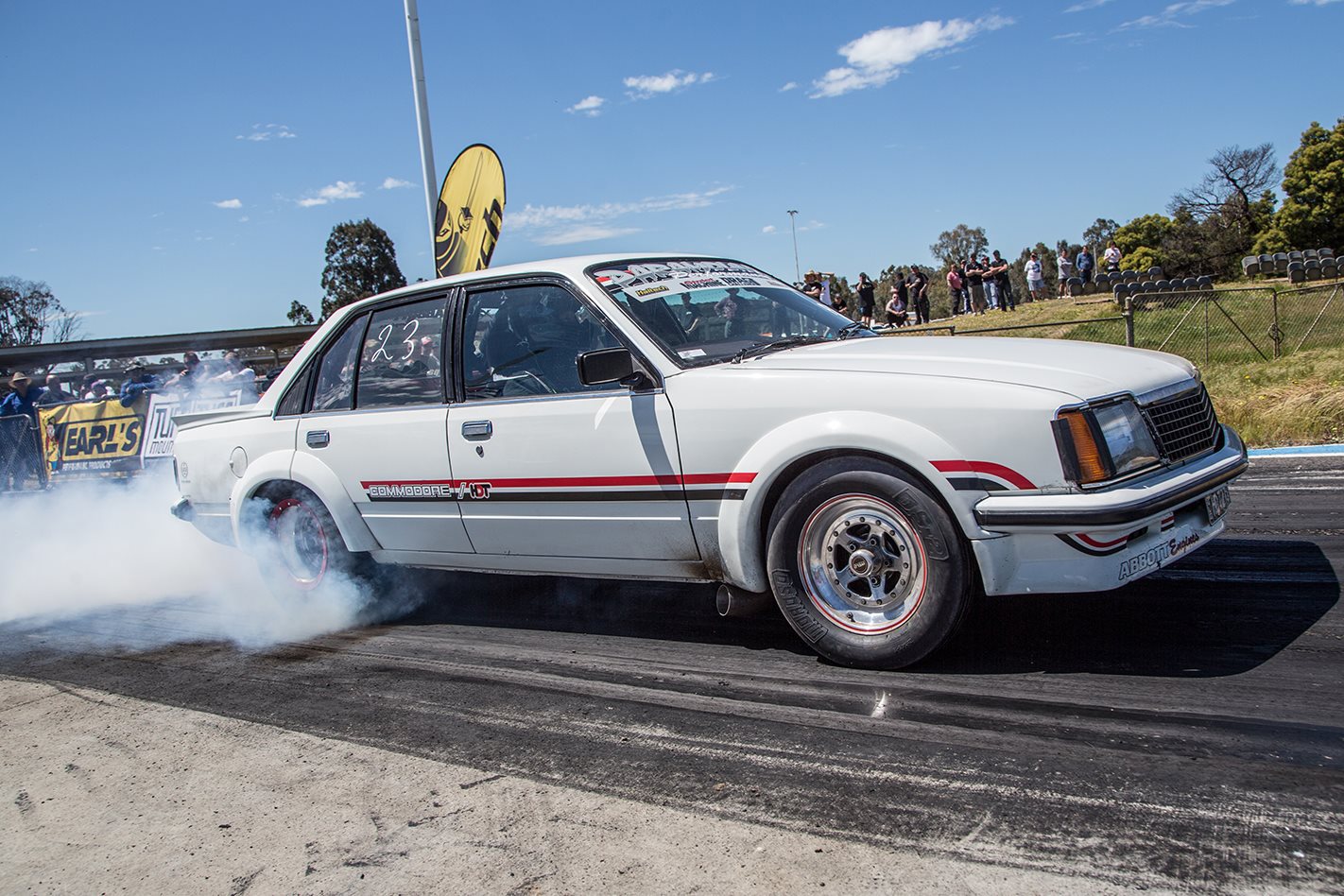 Terry’s VC Commodore street car has done Drag Challenge for the past three years with a PB of 7.37@187mph, making it one of the fastest factory block and heads LS-powered cars in the world. The record for the outright quickest factory-block LS car was held by Mike Moran with a 6.866@205mph.

Terry and Les got talking about the performance of his 364ci LS combo, and Les was impressed by how much grunt Terry was able to squeeze out of such a small-cube, factory-block engine. They discussed potentially sticking it in a lighter car, and after a few more chats, Les suggested Terry come and take a look at his former Top Doorslammer ’55 Chevy. Terry liked what he saw and the pair decided to transplant the engine from Terry’s VC Commodore into the Chev. 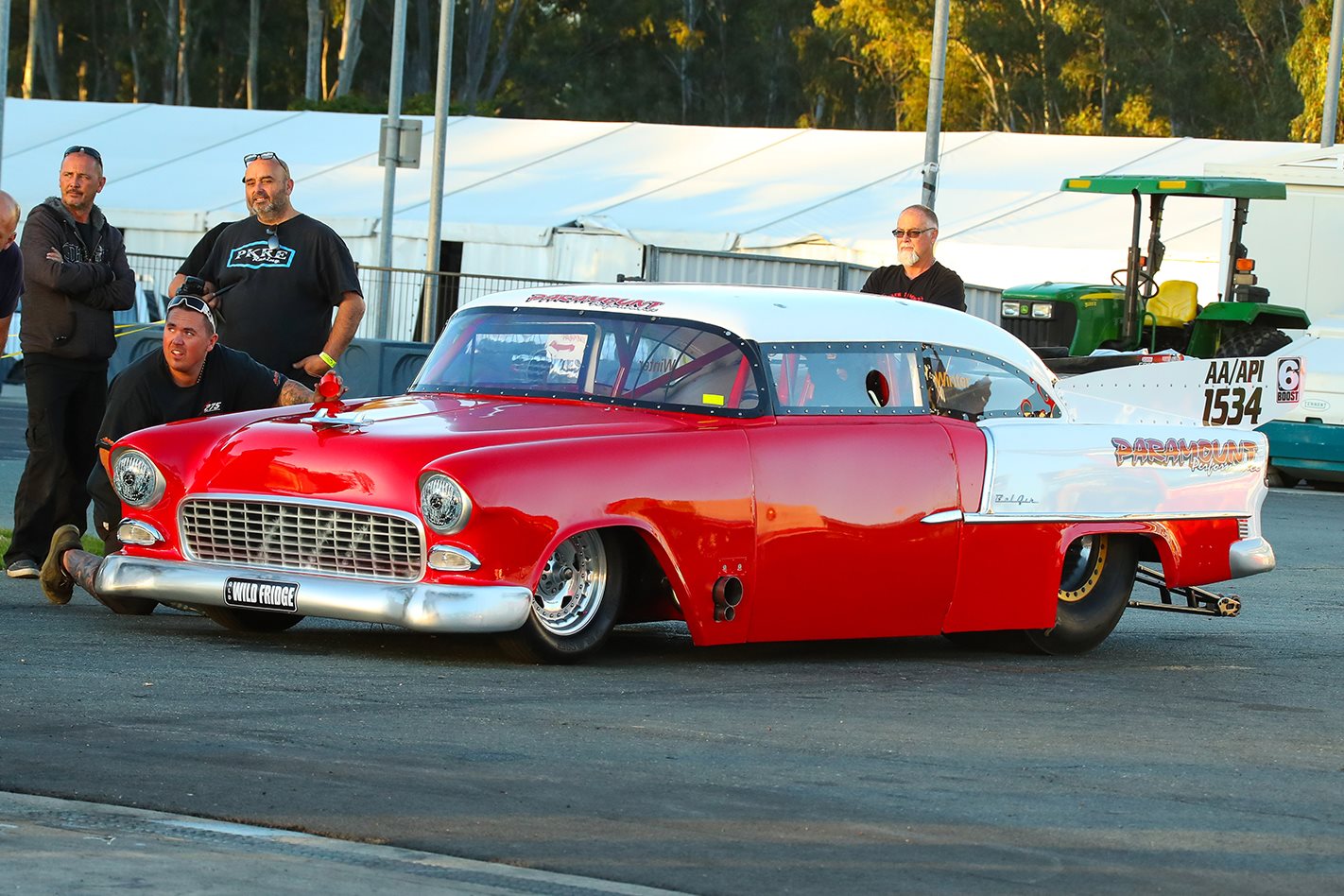 It’s still the same 364ci factory LS block and SRP pistons that Terry has been using for years; it’s just the rods, crank and turbo combinations that have changed over the years.

“It’s the same block and pistons I ran my first nine-second, eight-second and seven-second passes with,” Terry says. “I actually ended up selling the engine out of the VC and built a new one exactly the same for this car, but on our first burnout we dropped a valve and damaged it, so I bought the old engine back and stuck it in this car.

“It still runs the same twin 62mm Precision turbos that I’ve been using for years, but for the new car we’re running methanol fuel,” he continues. “Otherwise it’s essentially the same combo but with NextGen Engineering CNC-ported heads, punching out around 1900hp.” It also uses the exact gearbox and converter out of the VC. 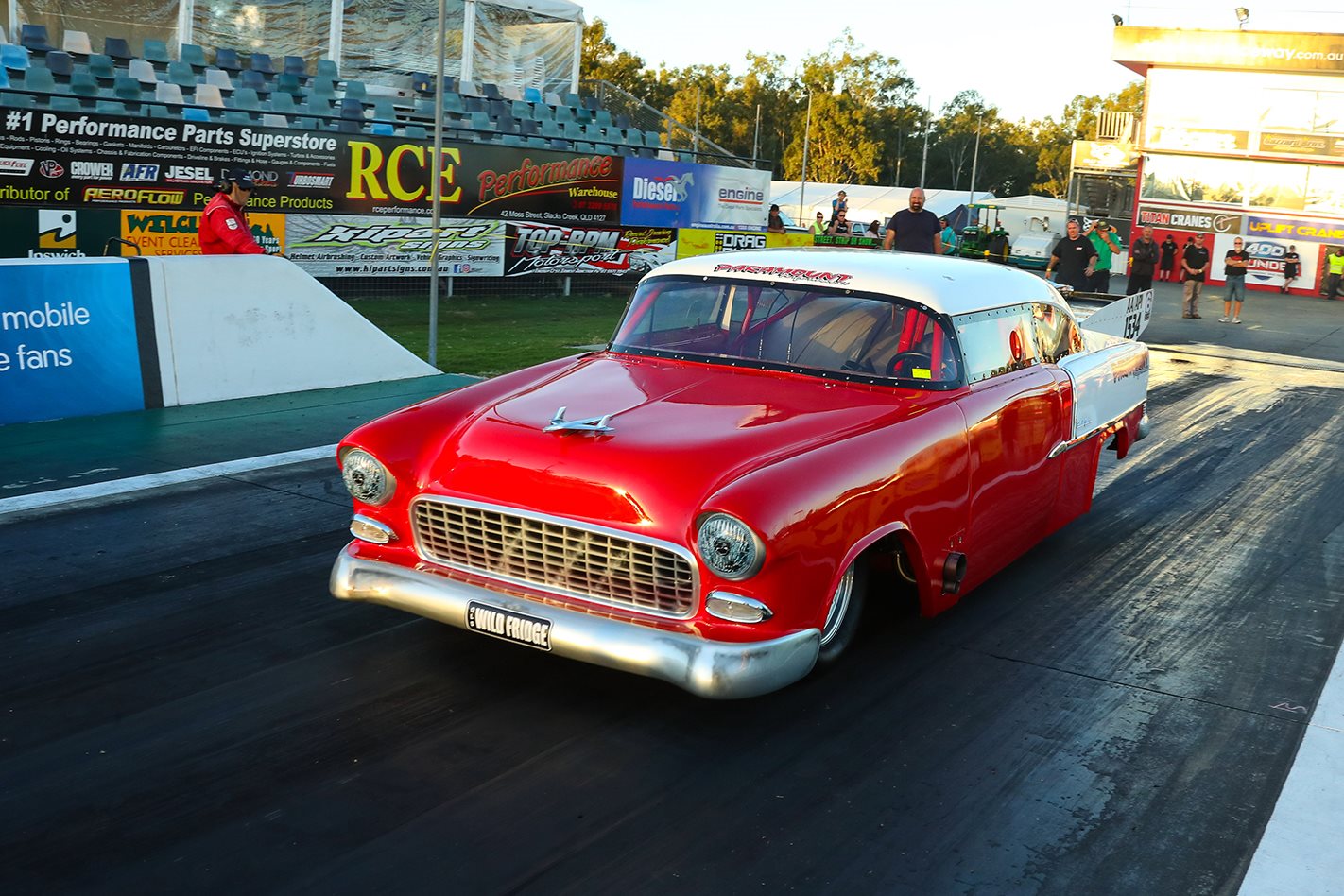 “In terms of the actual car, we didn’t really have to do much to it,” Terry says. “Les kept the car in immaculate condition; we just repainted the front because we wanted to lower the bonnet and give it more of a street-car look. Other than that we just updated the safety equipment and changed the rear shocks.”

On its first full-throttle pass, the ’55 Chevy easily sunk into the six-second range, managing to beat Mike Moran’s factory-block LS record, laying down a 6.73@200mph. “So now it’s the same block and pistons I ran my first six with, which is pretty cool,” Terry says. 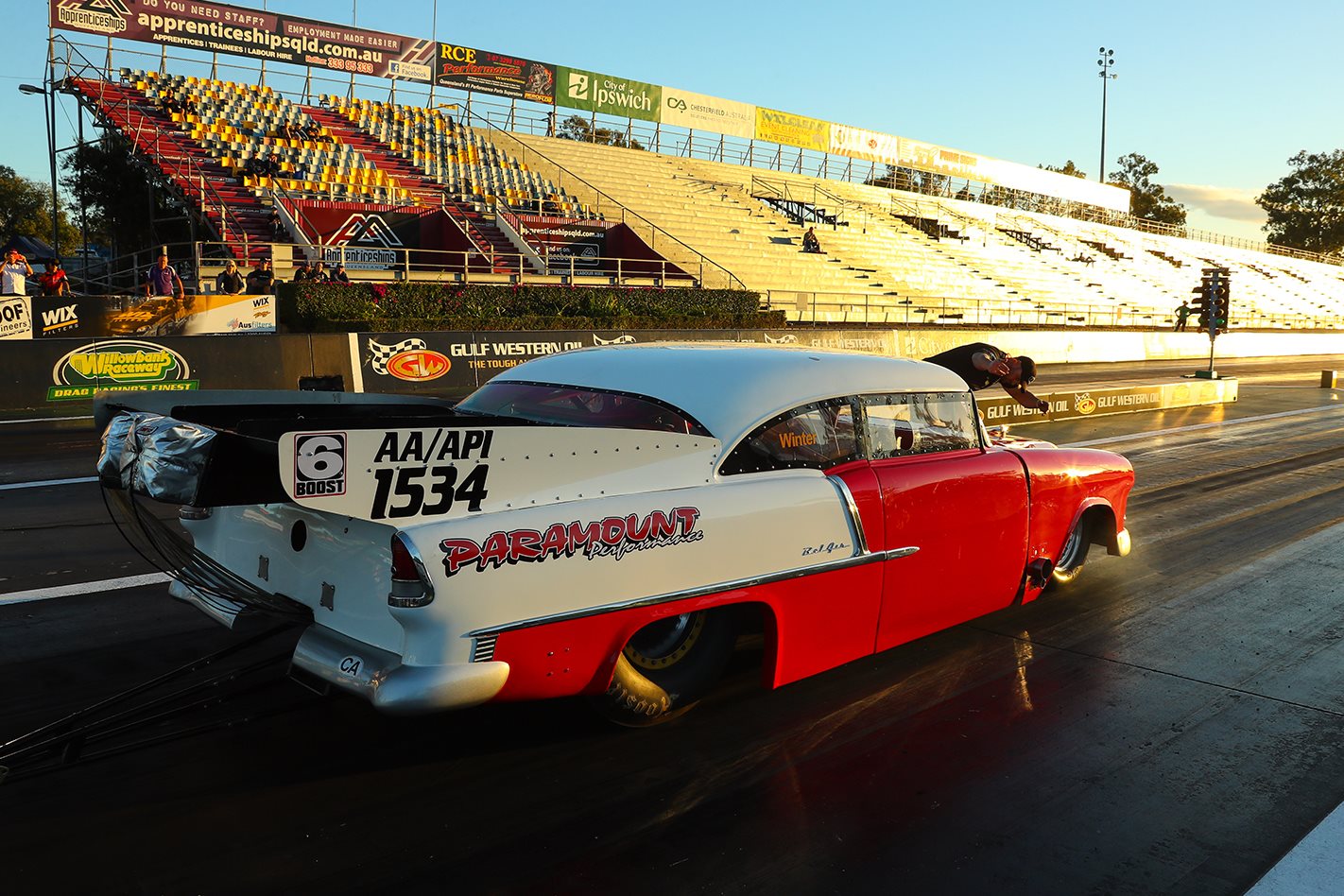 “It hasn’t really been that different from driving the VC. Obviously it’s way louder, but because it’s the same engine all of the procedures inside the car are very similar. Being a left-hand drive and big-tyre car is a bit different, but having tuned and watched a lot of big-tyre cars I had an idea of what to expect. We’ve had a couple of issues with tyre shake, but it was everything I expected.

“The other thing is the steering ratio is different, so the first time I raced it I under-corrected and had to get out of the run – they’re just things you get used to. 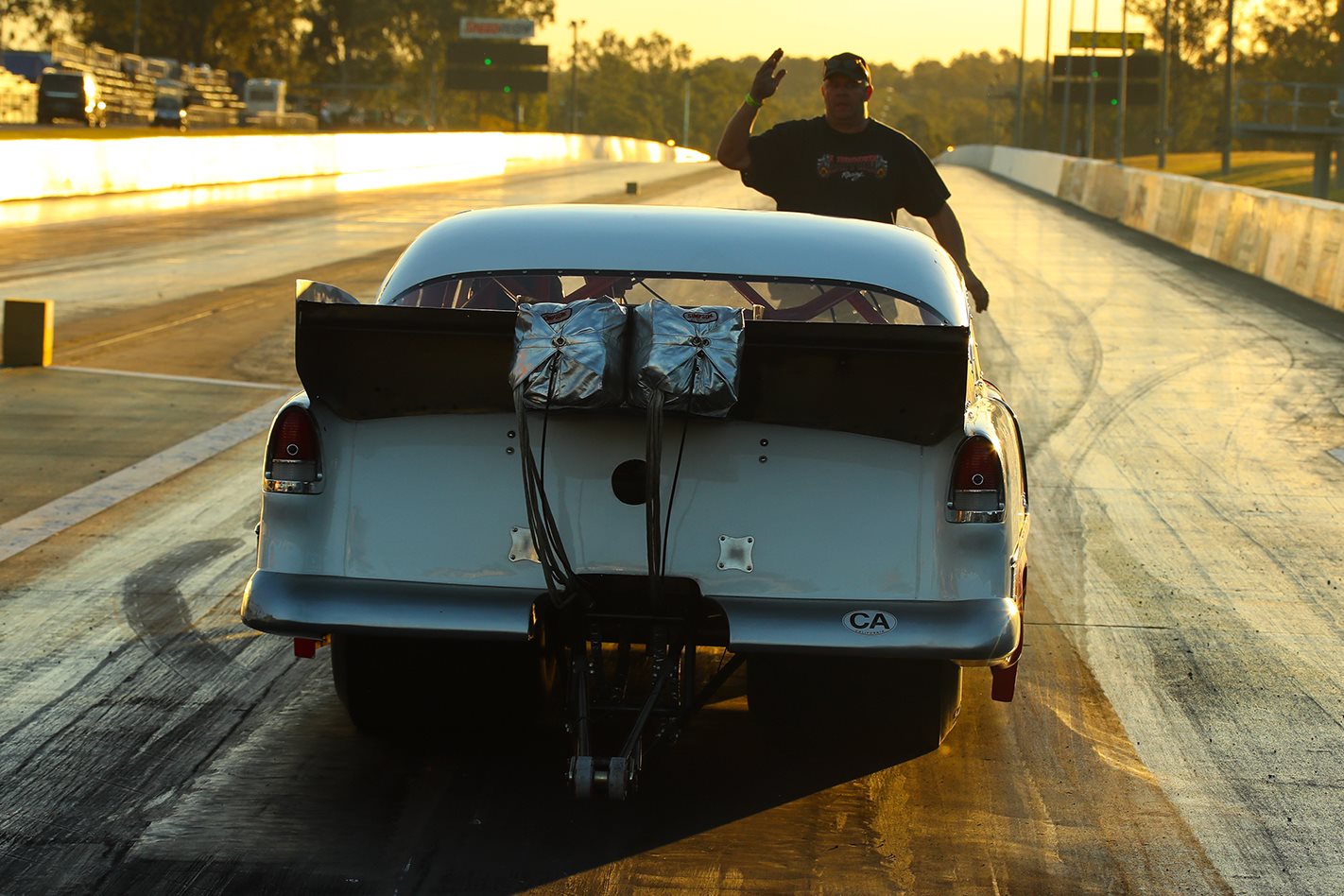 “At the moment it runs really consistent 6.80s but we reckon there’s a 6.60 in it,” Terry concludes. “There’s still a bit left in the launch and we’re not using all of the horsepower potential of the engine yet.”

Terry is hoping to race the Wild Fridge ’55 Chevy at Sydney Dragway in a few weeks’ time for the 400 Thunder event. The car is also currently for sale, so if you're interested drop us a line and we'd be happy to put you in touch with Terry.