WHILE some come and go, it is amazing how many Pro Street racers have stuck with their passion for decades, taking their street-based cars to ever more ridiculous feats. A great example is Wollongong’s Tomi Raikko, who has been campaigning his home-brewed LJ Torana sedan for over 20 years and is now knocking on the door of his first six-second pass. “The first set up was a 308 on nitrous that ran a best of 11.2 at 124mph,” says Tomi. “By the mid-2000s, it had a 355 Holden in it, again on nitrous. Like that, we ran a best of 8.55-seconds at 155mph.” That made it one of the very quickest Holden V8-powered sedans in the country and a permanent fixture in the Modified Street Blown Top 10 list. 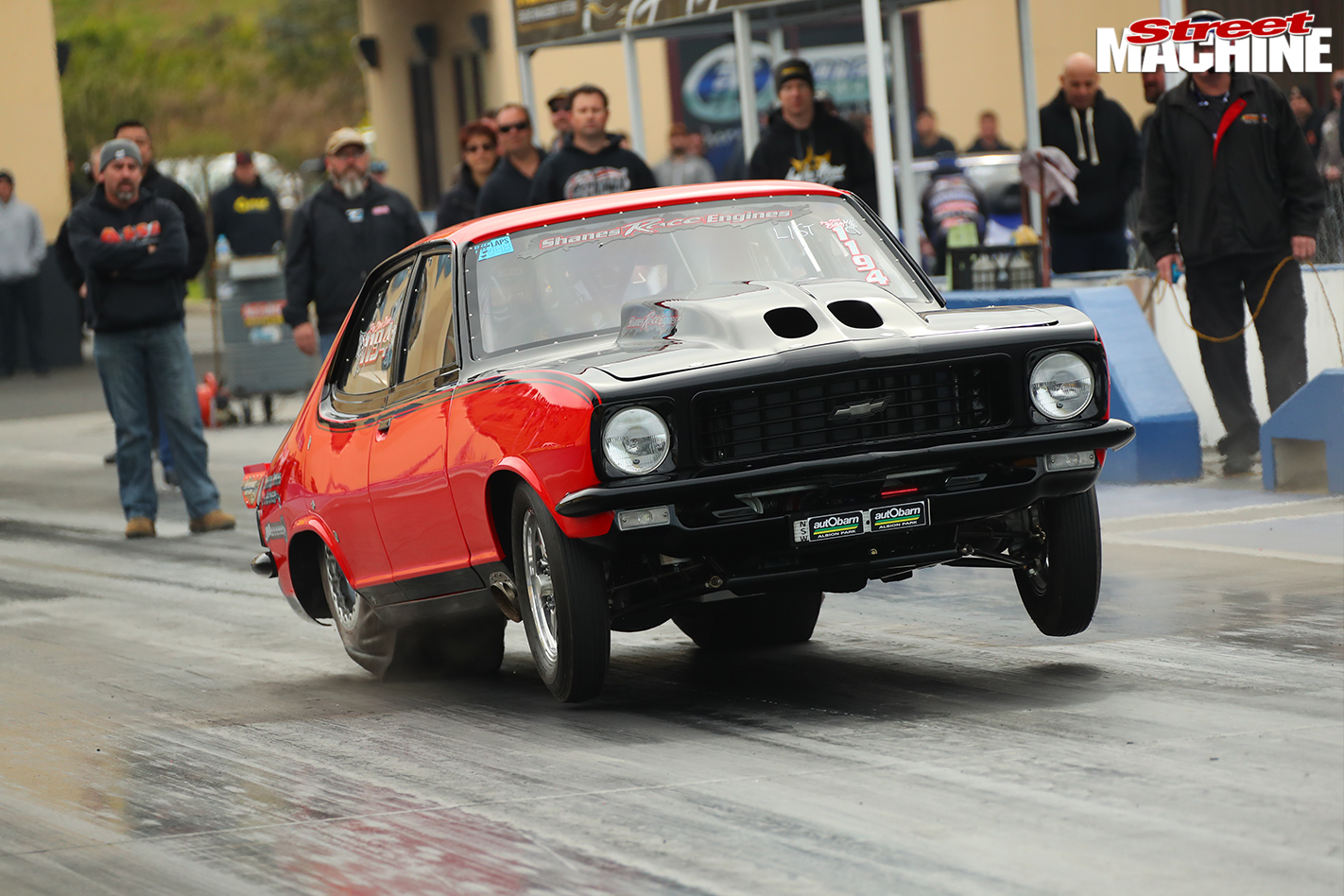 A couple of years ago, Tomi gave the LJ a big birthday, moving to a twin turbo, 400ci Chev powerplant and converting the car to a three-quarter chassis for a tilt at the big-tyre Pro Street Blown ranks. “I cut the rear end out, bought a TIG and taught myself to TIG weld,” he says. “We did most of the chassis and tin work at home, though I had some great help from JB at Somoracz Race Cars.” 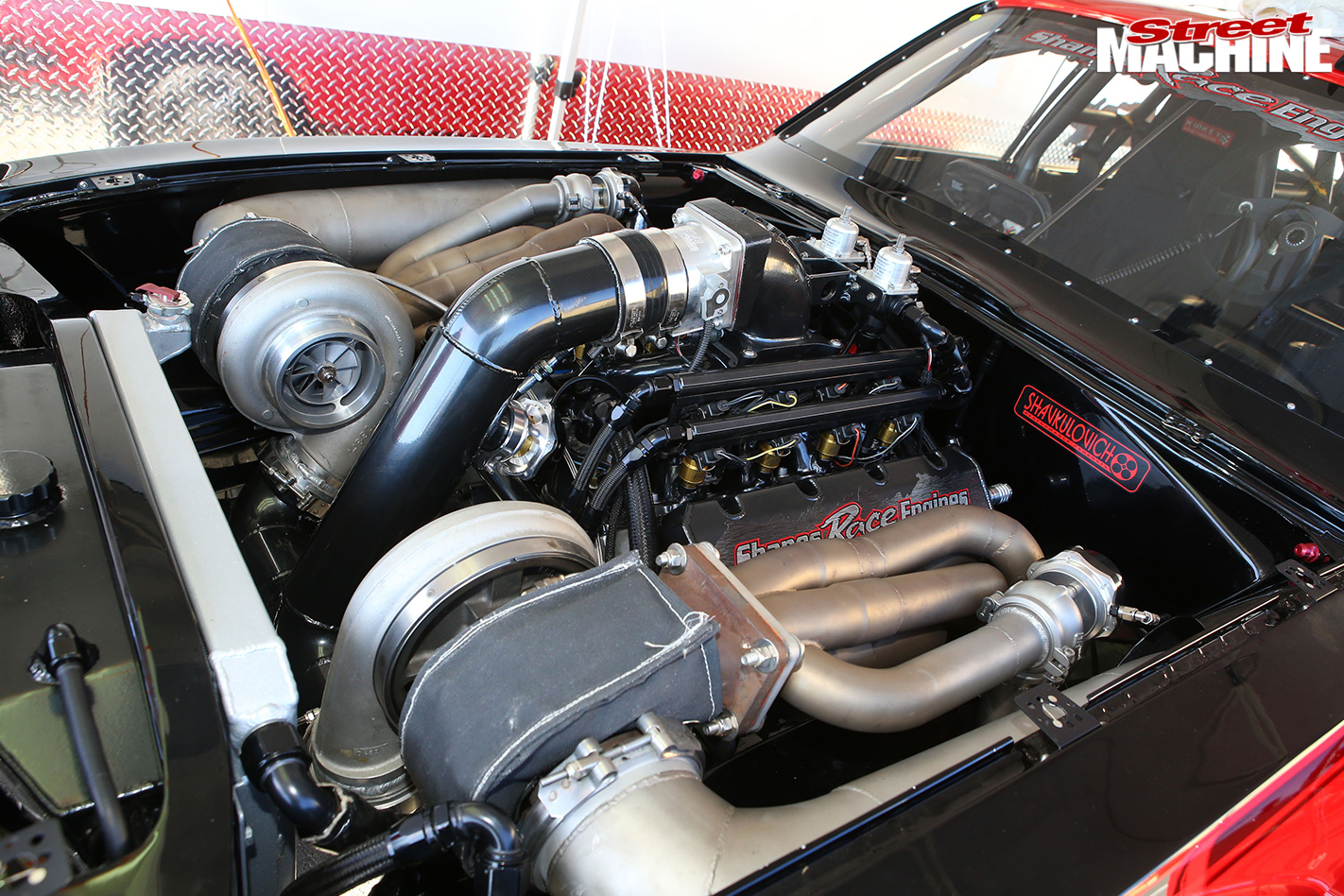 The motor itself is a dry-sumped, SB2-headed methanol 400ci small block Chev, screwed together by Shane’s Race Engines in the ‘Gong. Some 38psi of boost is generated by a pair of S400 80mm Borg Warner turbos. The engine runs 16 injectors and the whole lot is managed by a Big Stuff 3 ECU. Behind the small block is a Powerglide from Victory Gearbox. The car quickly made it deep into the sevens during its initial bout of testing in 2014 and it came oh-so-close to running its first six at the recent Grudge Kings meet at Sydney Dragway. 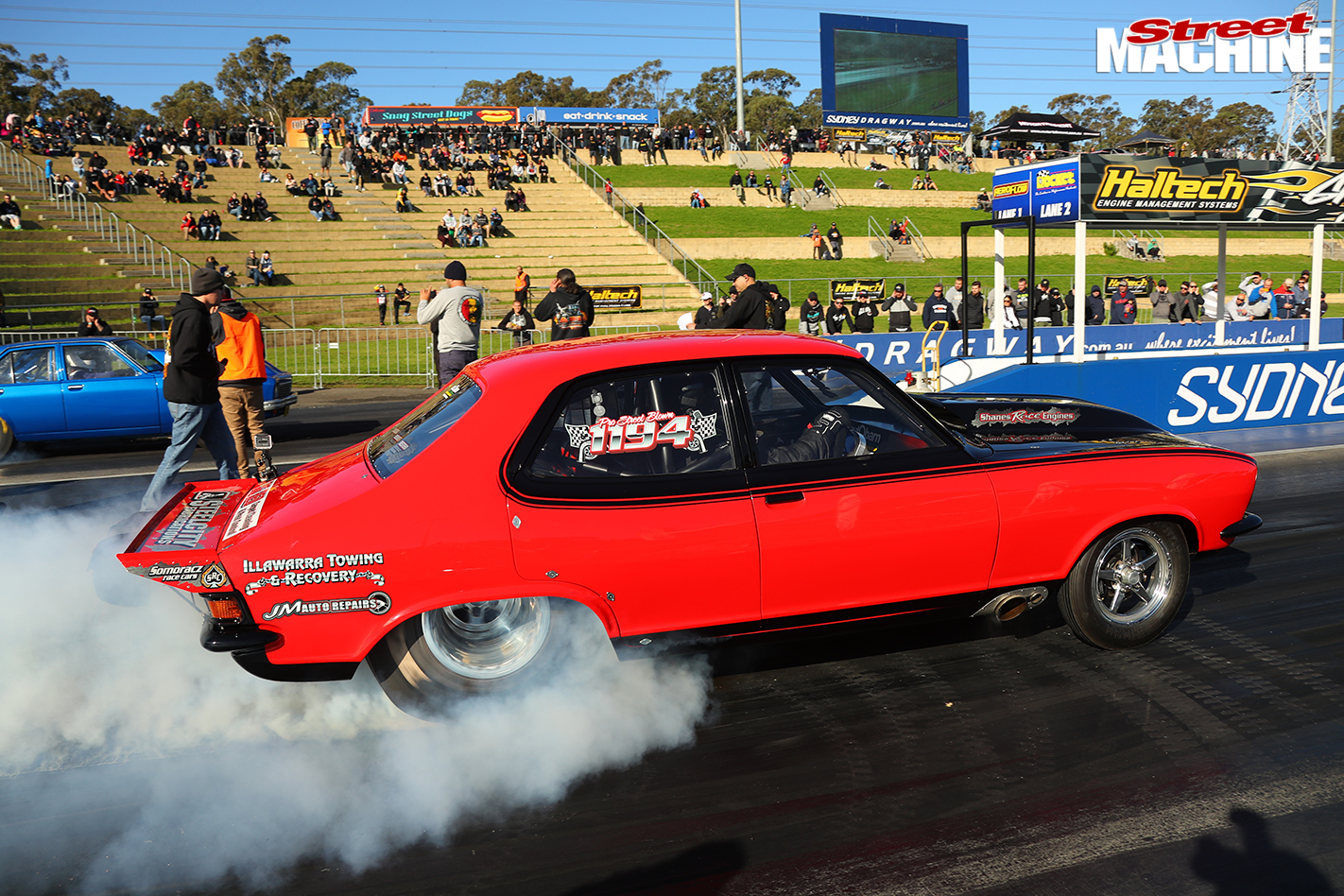 “Two days prior to the event, the LJ was in the shed in pieces,” says Tomi. “A group of mates came around and we got stuck into the car to get it ready for racing. At the track, we had some ignition dramas and found that the tyres were off, so we changed those. I got Kon from Wollongong Auto Services had a look at the tune up for me and he took some power out.”

And with that, the crew had the car on song, running a best of 7.00@203mph. The Torana spent a lot of time with its front wheels in the air, so much so that Tomi won $500 for the wildest ride, amongst some stiff competition. He also finished in second place in The List, behind Gina Bullians in her RX7. 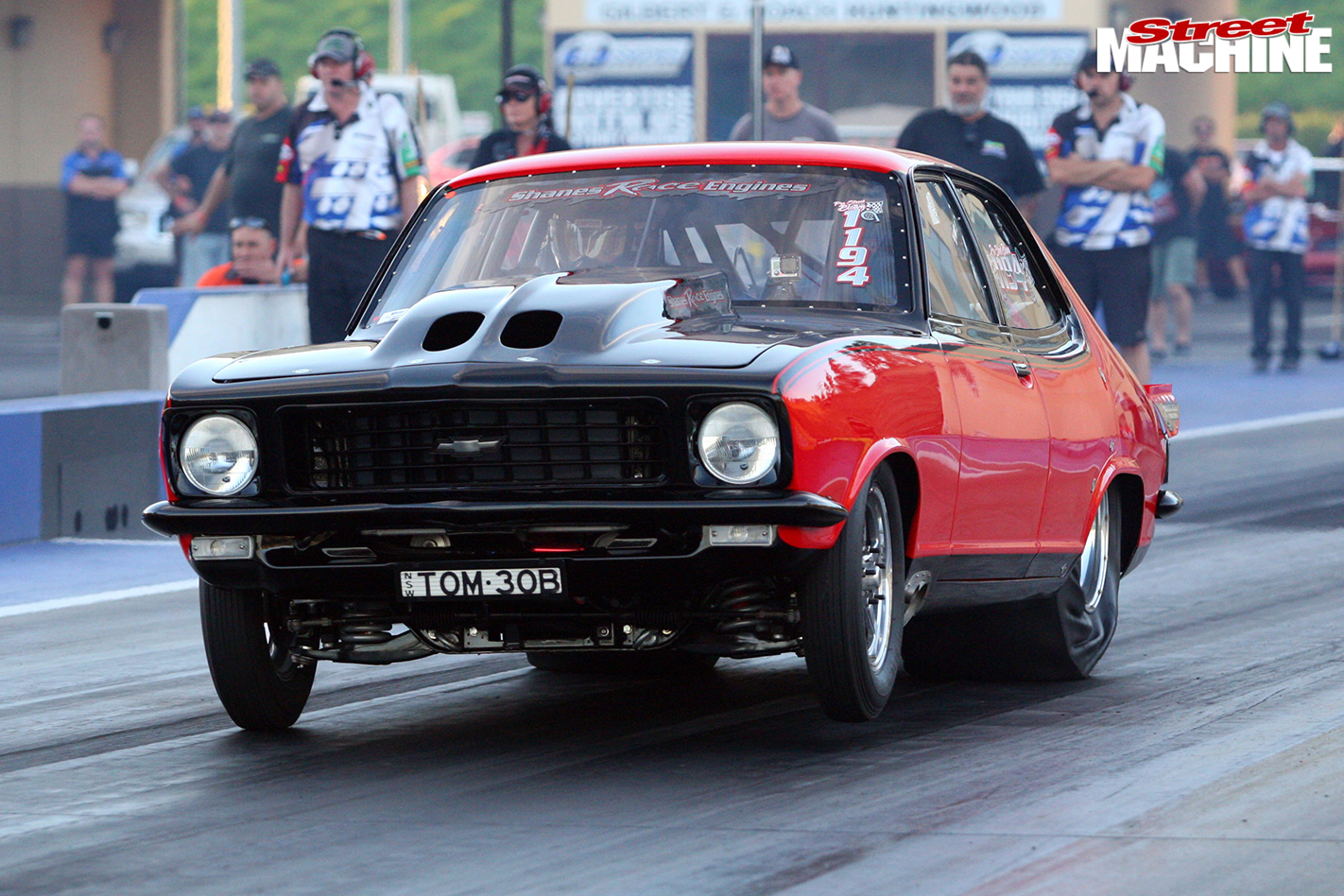 “I was only aiming to run mid-to-low sevens, so to be this close to a six-second pass is just awesome,” says Tomi. “As well as the people I’ve already mentioned, I have to thank everyone who helped out. The majority of the work on this car has been done at home, but I couldn’t’ have done it without a lot of assistance and advice, so thanks to JM Auto Repairs, Turbologic, Steel City Fabrication, Albion Park Autobarn, MJ Haulage, Illawarra Towing, Big Red Carpet Cleaning, Speedy Diffs, my wife Tammy, Rude, Craig, Crowie, Harri and Chloe.”