TOP Fuel pilot and series points leader Steve Torrence walked away from a massive crash at the AAA Texas NHRA FallNationals in Dallas against Aussie driver Richie Crampton this weekend. As the Texan crossed the finish line, the left-hand tyre of his dragster blew, sending him straight into the left wall at around 300mph. From there the car speared across the track and into the right wall, before finally coming to a stop. 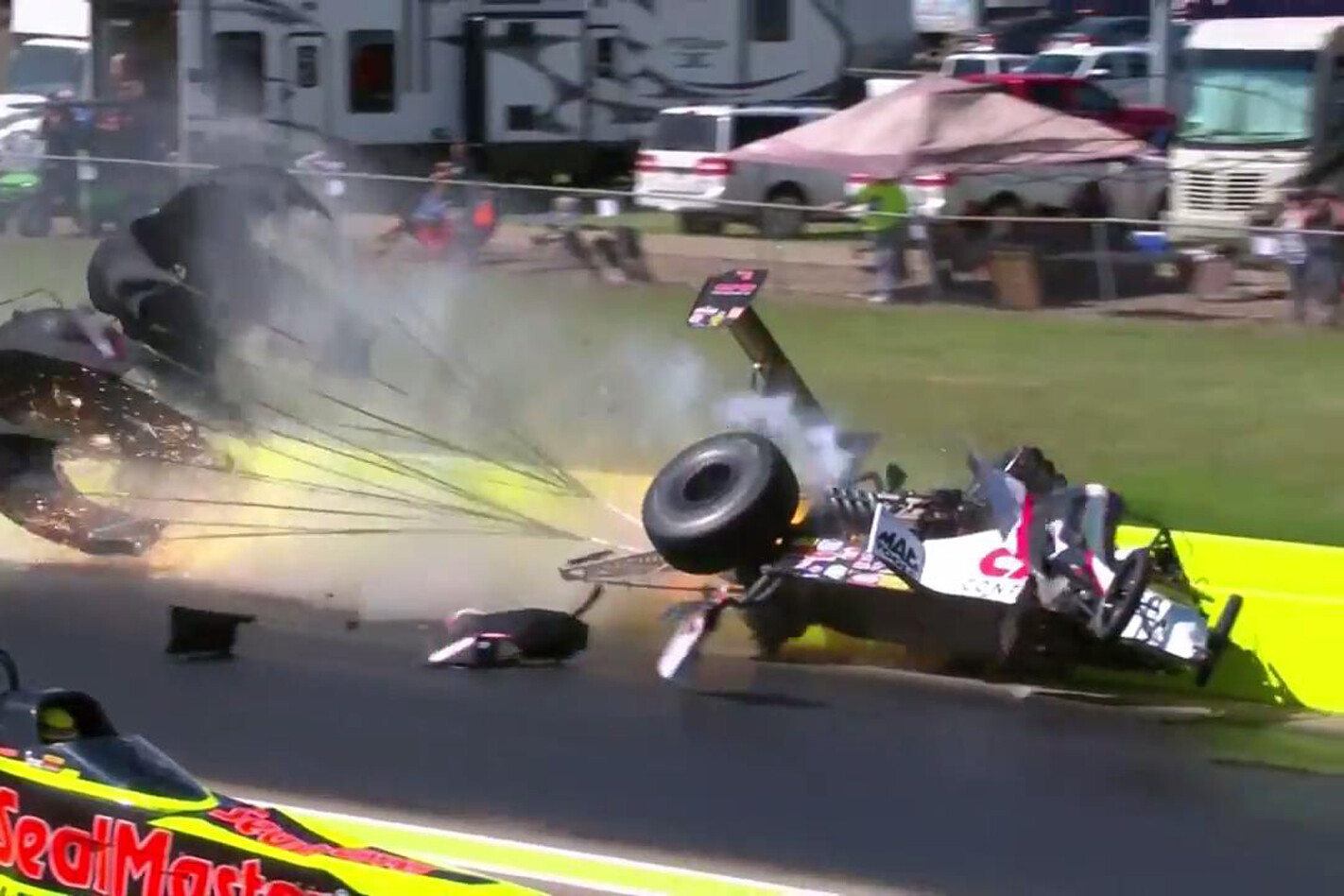 Remarkably, Torrence still crossed the beams ahead of Richie. Despite a 3.72 versus 3.71sec ET in favour of the Aussie driver, Torrence’s reaction time was a smidge quicker, handing him the win despite the massive accident.

Fortunately, Torrence was able to unbuckle and walk away from the crash immediately after the car came to a complete stop in Richie’s lane. To have a crash like that and still get the win in front of his home crowd was incredible, but Torrence was just thankful that Richie didn’t collect him on the way through, and praised the safety of the modern Top Fuel cars. Funnily enough, his chassis was built by Richie at the Morgan Lucas Racing shop in Indiana.

Obviously the car was a total wreck, but having turned on the win light, Torrence was into the semi-final round against Brittany Force. The team had a backup chassis which more than thirty people hastily prepared for the next race. Incredibly the car was finished in time and Torrence got behind the wheel for the race with Force.

The backup car went through for a 3.72, just losing to Force who reeled off a 3.68. As Torrence says, “Hell, Texas boys, we just keep on going!” Check out the video to see how it all unfolded.

Torrence and Capco Racing lead the championship by 42 points. Top Fuel cars are the fastest accelerating race cars in the world and are powered by 500ci, blown and injected, nitro methane-drinking Hemi V8s. They make around 10,000hp, which is enough to push a 2300lb chrome moly chassis through to the 1000ft in around 3.7 seconds at over 330mph.