THE Oceania College and 101 Motorsport Toyota Supra ran its first 200mph pass during testing for this weekend’s Brisbane Jamboree at Willowbank Raceway last night. Piloted by Varun Sharma, the 2JZ-powered stock-bodied Supra ran a couple of 7.1-second quarter-miles at close to 200mph before finally running the PB of 7.06@201mph on radials.

The Supra has recently undergone a transformation, which included the move to a billet alloy 2JZ block. The Bullet Race Engineering aluminium block is the first billet 2JZ to be built in Australia at the company’s HQ in South Australia. Bullet makes a variety of billet-alloy engine blocks, including RB, SR20 and Mitsubishi Evo 4G63.

Naturally, the billet engine can handle a heap more boost than a factory cast-iron 2JZ, and it’s designed to run on methanol so there are no water galleries in the block, so strength is improved immensely. 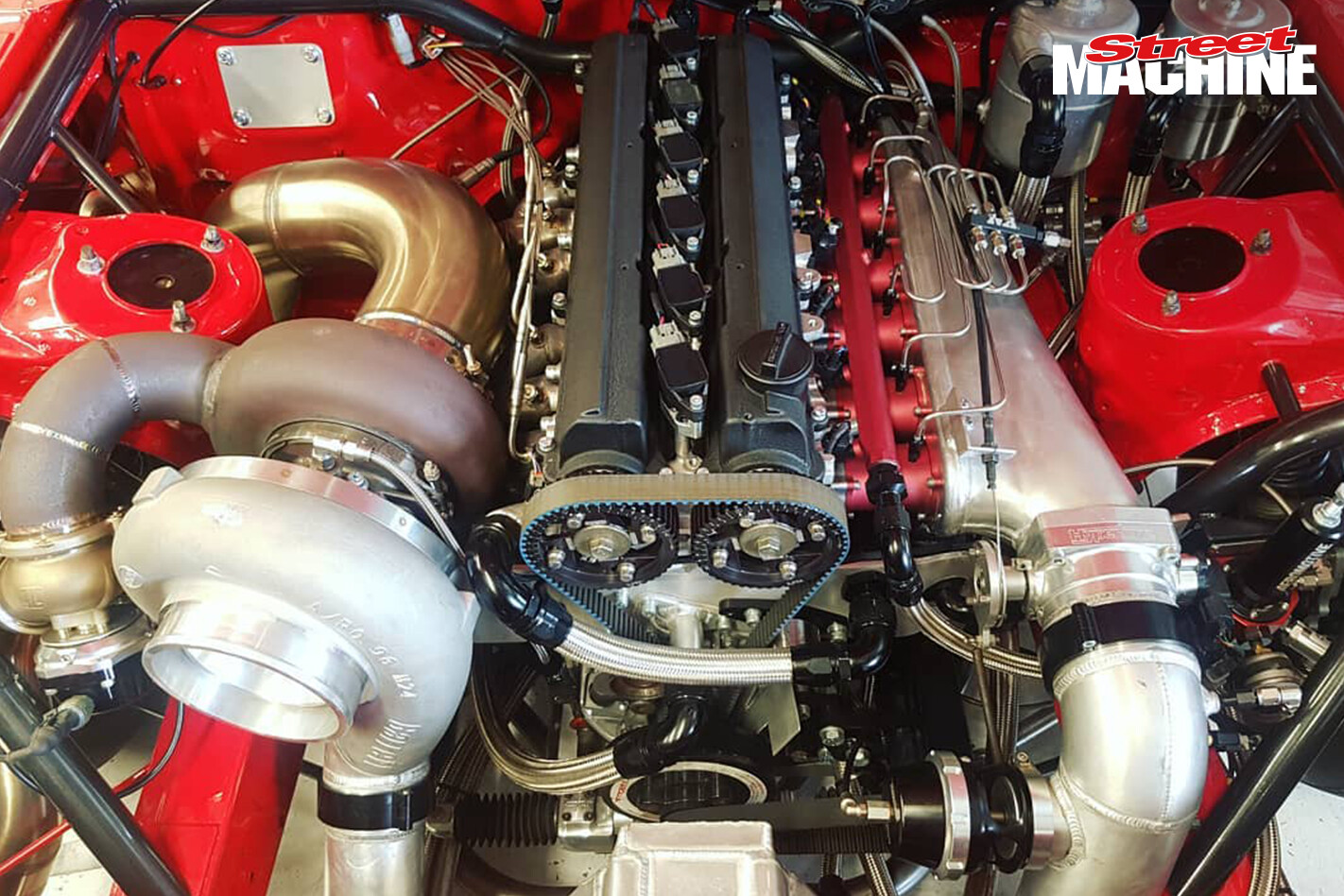 Varun and the team at 101 Motorsport have already seen over 1600rwhp on the dyno from this new engine through a Garrett GTX55 turbo running low boost. As you would expect for a dedicated race car, it runs on methanol, and the whole thing is controlled through a Haltech Elite ECU. Boost management is through Turbosmart gear.

Varun and the team at Oceania College and 101 Motorsport will continue testing today, before the Jamboree kicks off tomorrow! A few more tweaks and hopefully we’ll see the Supra into the six-second zone.

There’s also another Supra at the Jamboree this year that we’ll be keeping our eyes on, only this one isn’t from Australia; it has been brought here by the guys at Titan Motorsports in Orlando, Florida. The Copper Supra, as it’s known, has run over 200mph with IRS in its previous incarnation, but has just had a full ground-up rebuild with a solid rear end, and should be quicker than ever.

UPDATE: Over the weekend the OCEANIA Supra ran a 6.99@204mph at the Brisbane Jamboree on a 275 radial tyre. Impressive!