WE’RE really not sure why Aaron Featherstone has named his six-cylinder LJ Torana coupe UNSAFE, but it has run 11.6 with its old motor and 11.9 with this slightly detuned combo.

The really interesting part is that Aaron’s Torana has a draw-through carby set-up hanging off the side of its 202ci six. Why is that special? Well we haven’t seen anyone run a draw through set-up in a while. These days, most people either run blow through carby or EFI.

If you’re not up on the terminology, let us explain. Draw through set ups place the carby in front of the turbo inducer, which means the fuel and air are both drawn through the compressor housing of the turbo before heading to the intake ports via a manifold. The draw backs with this set-up are that you can’t intercool a draw through set-up and the turbo needs seals that won’t break down in the presence of fuel. It’s also a pain to find a good position for the carby and air filter. 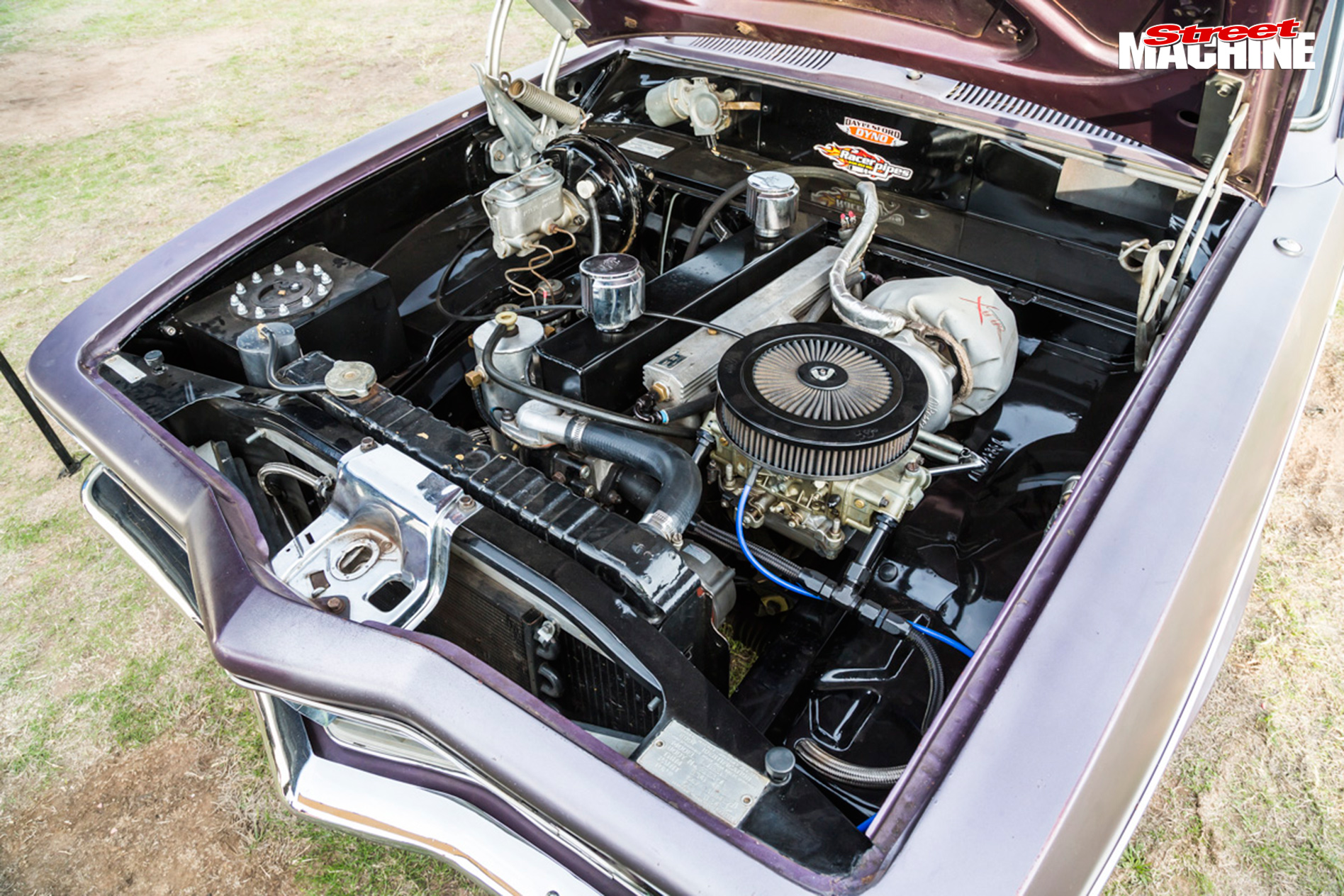 A blow through set-up places the carby on the intake manifold where it would normally sit, and air is blown, from a turbocharger, through the carby into the engine. You can place an intercooler between the turbo and the carby to help control inlet temps and generally the whole set-up is a bit easy to package in the engine bay. As for EFI it kills both carby set-ups for drivability and power output. There’s a lot of heat in turbo engines, and EFI can compensate fuel delivery and ignition timing for the various heat and load conditions an engine may encounter, making sure your engine makes the best power and drivability for every situation.

Which brings us back to Aaron’s set-up. It’s simple and effective, and the car is decently quick and it even looks pretty cool with its genuine patina. So what do we know? Maybe it’s better to keep things simple.