ONCE upon a time this car was the most famous Commodore in the country, maybe even the most famous Street Machine in Australia. It won everything there was to win, but Kit Hunter is taking the old Beauchamp VL Calais to a whole new level on the drag strip. 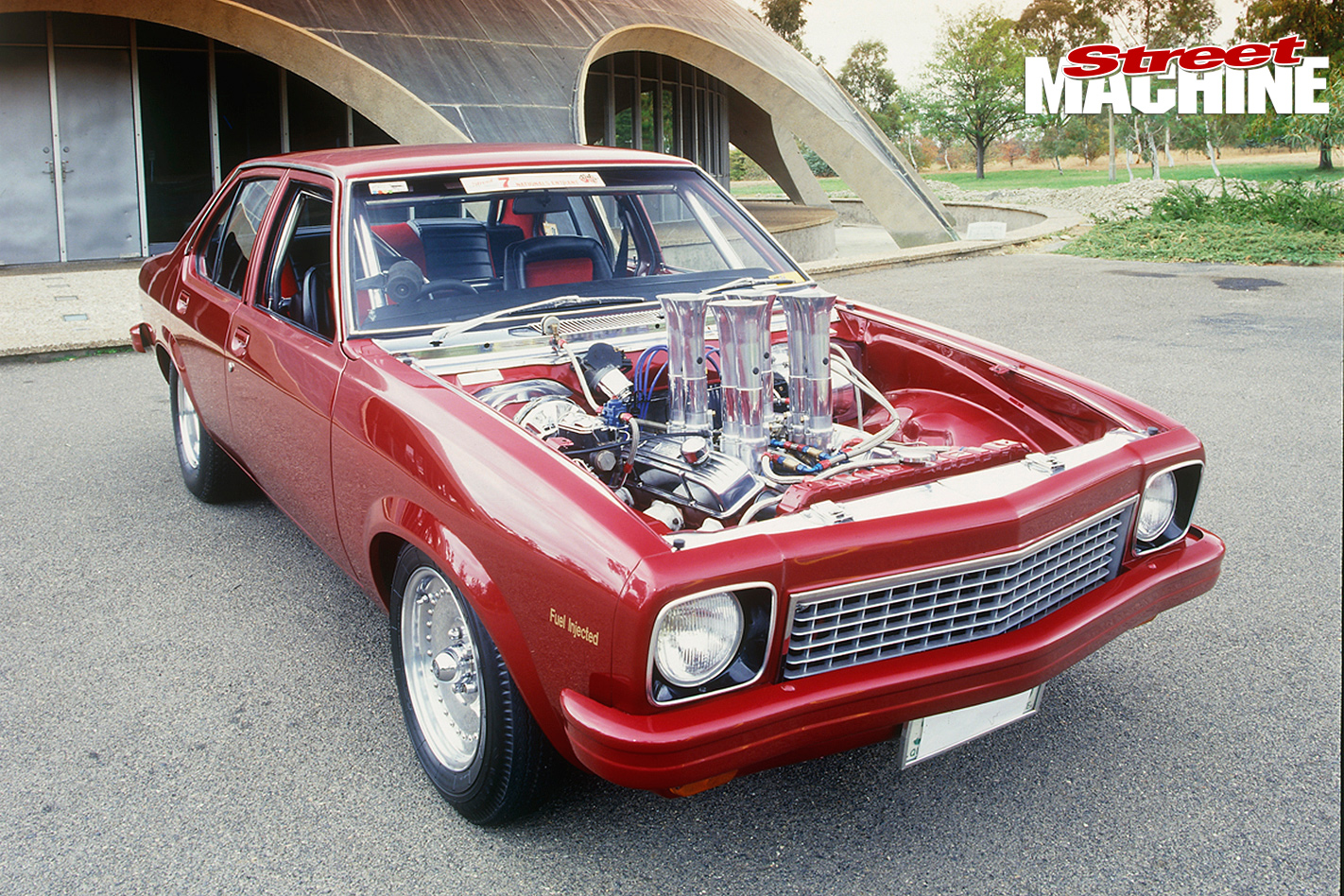 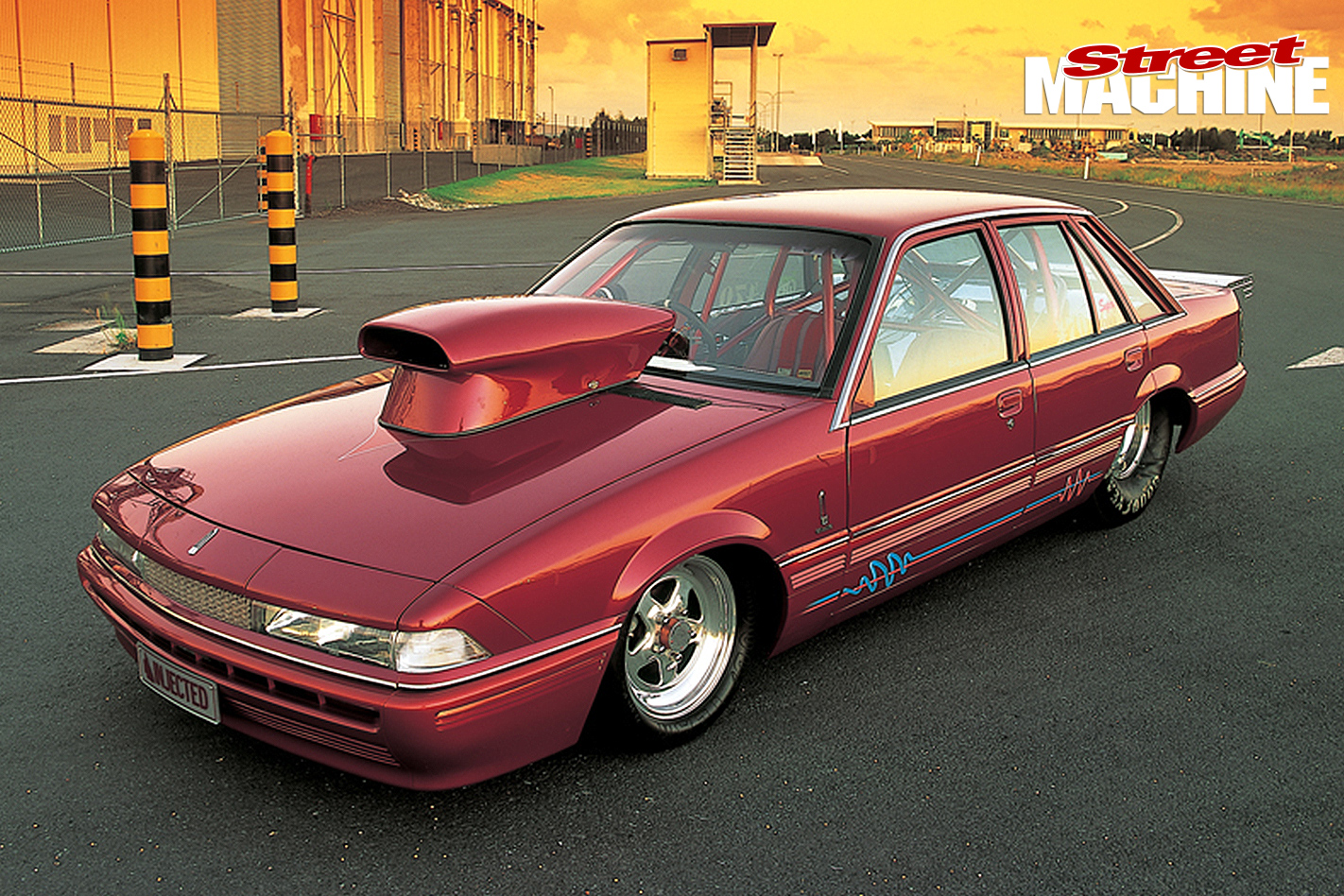 Eventually the car found its way on to the strip with Rob behind the wheel and was eventually sold off to another racer and then found its way into Kit Hunter’s hands in 2005 where he rebuilt the whole car. A high speed top end racing incident at Sydney Dragway a few years later saw the VL needing a few repairs to the Calais’s front and passenger side so Kit went right through the car again to bring it up to the standard you see today. 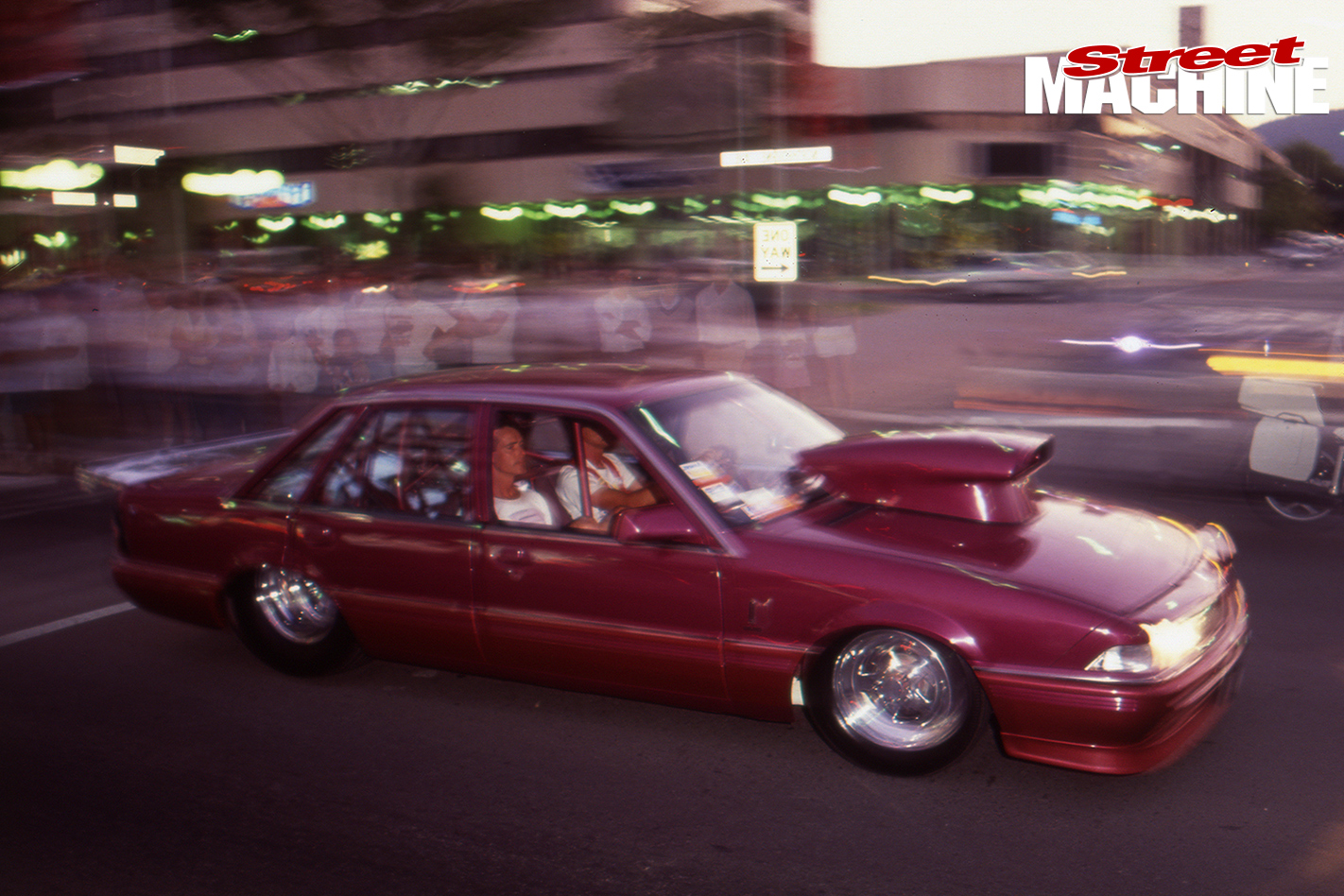 Up front there’s a 414ci SB2-headed small block Chev controlled by a Big Stuff 3 ECU and the whole show runs on methanol with 16-injectors supplying fuel. The turbo is a massive Precision PT106 and Kit is feeding the small block around 27-28psi boost at the moment. The car has gone as fast as 7.09 at 200mph, but transmission issues at Calder Park limited the car to a best of 7.41 during the Nationals last weekend. 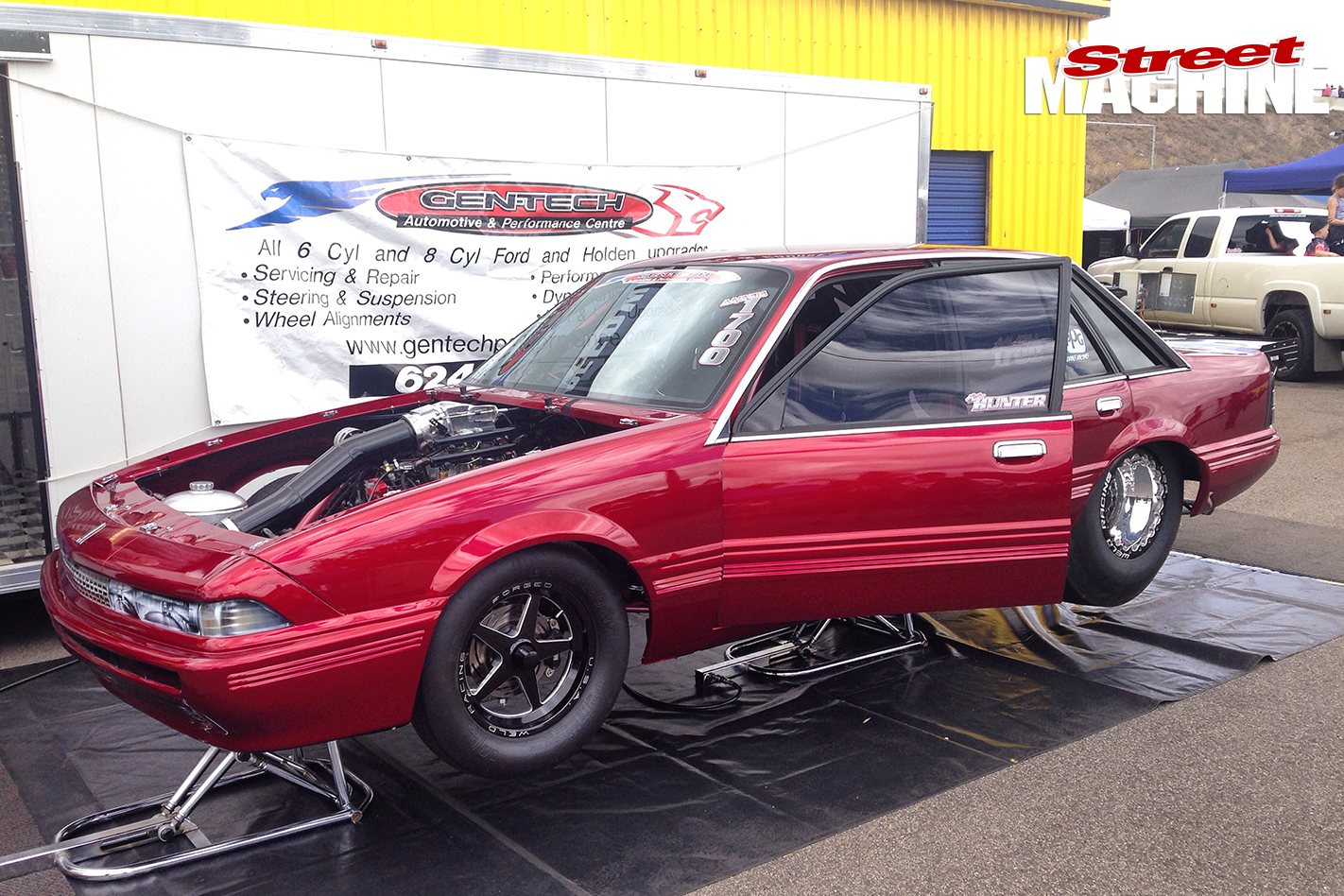 “I smoked the band in first gear, so we spent all Saturday afternoon fixing it, and I think we did it again Sunday, so the box will have to come out again,” Kit says. “But it was good down there; there was plenty of crowd and a good atmosphere.”