Matt Blasco’s flat black & dirty Dodge Dart is insanely quick. We caught up with the Canadian at Drag Week 2015

DRAG Week attracts cars and people from all over the world, and we met up with Canadian Matt Blasco at the 2015 event to talk about his insanely quick, but very dirty 1972 Dodge Dart. 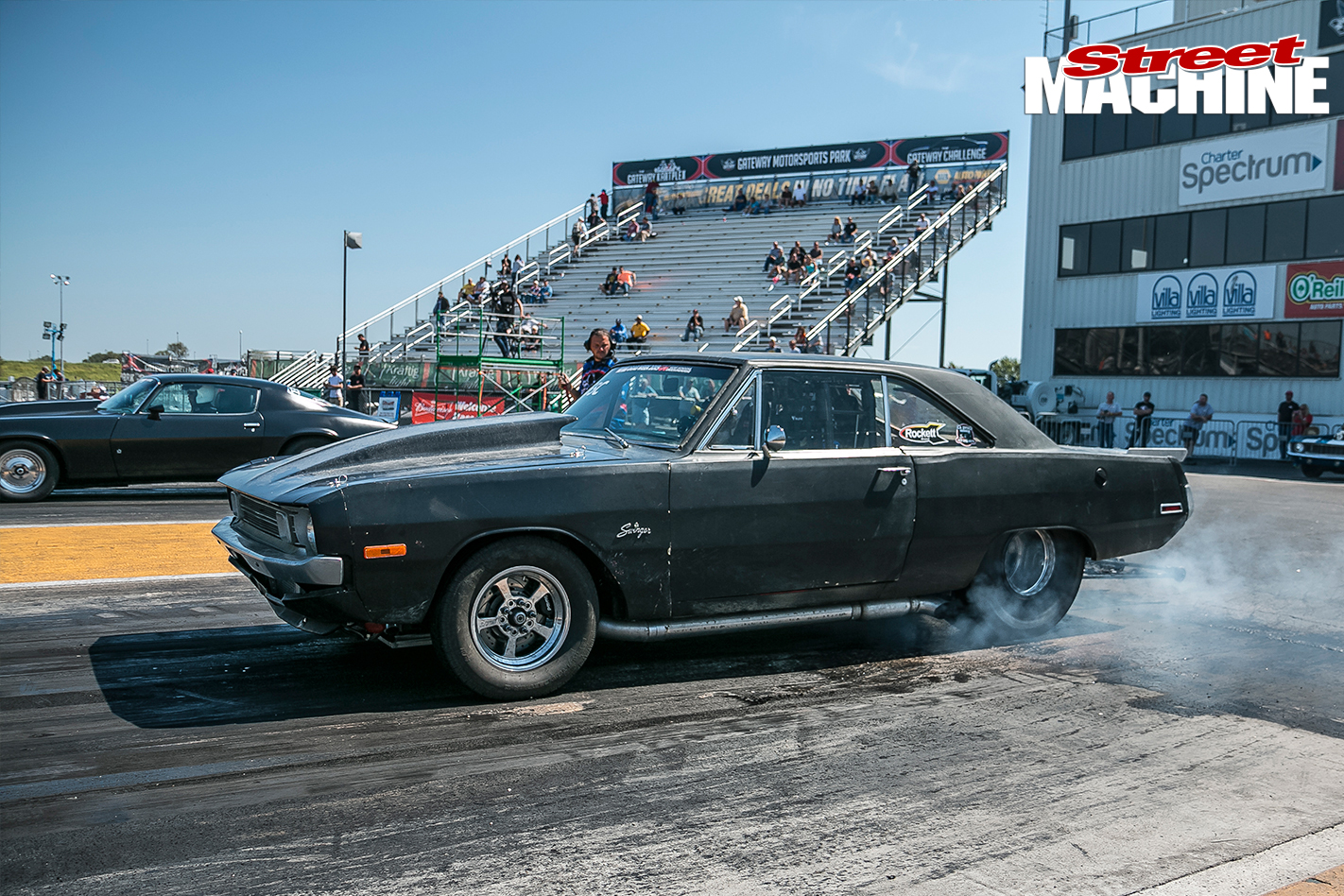 So just how quick is it? Try 7.70@185mph; that’s just a whisker short of 300kph! The flat black Dodge had never made a full pass with this combo before Drag Week 2015, so to run seven-seconds straight up is just phenomenal, but not so surprising when you hear the horsepower figures. With 572 cubes of Predator-headed all-aluminium Mopar grunt and a pair of 91mm billet turbos the Dart punches out a ludicrous 1970hp at the treads! 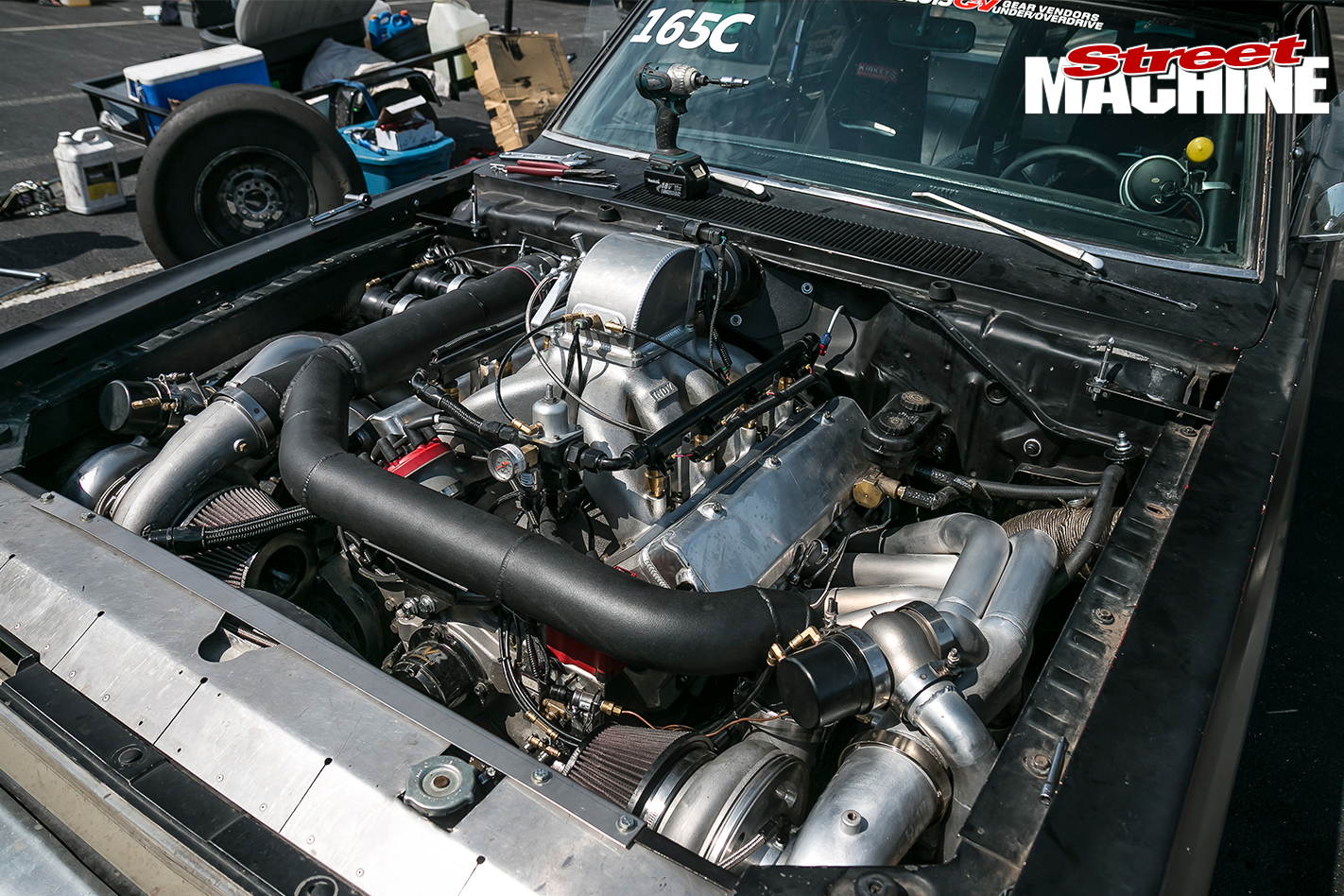 “Mum bought me this car 18 years ago,” Matt says, “It’s had a few changes since then.” Over the years it’s had a bunch of different combo’s with the penultimate being a single 118mm turbo set-up that ran 7.90 before Matt decided to unleash the twins. Mopar fans will be disappointed to hear there is a 40-spline Ford nine-inch diff and a TH400 Chevy trans, but with the nearest track 1.5hrs away, and Canada’s very short racing season, Matt doesn’t have time to mess about developing an all Mopar combo. “Plus I’d like to keep my legs,” Matt quips, referring to the Torqueflite’s tendency to let go in spectacular fashion when faced with extreme horsepower. 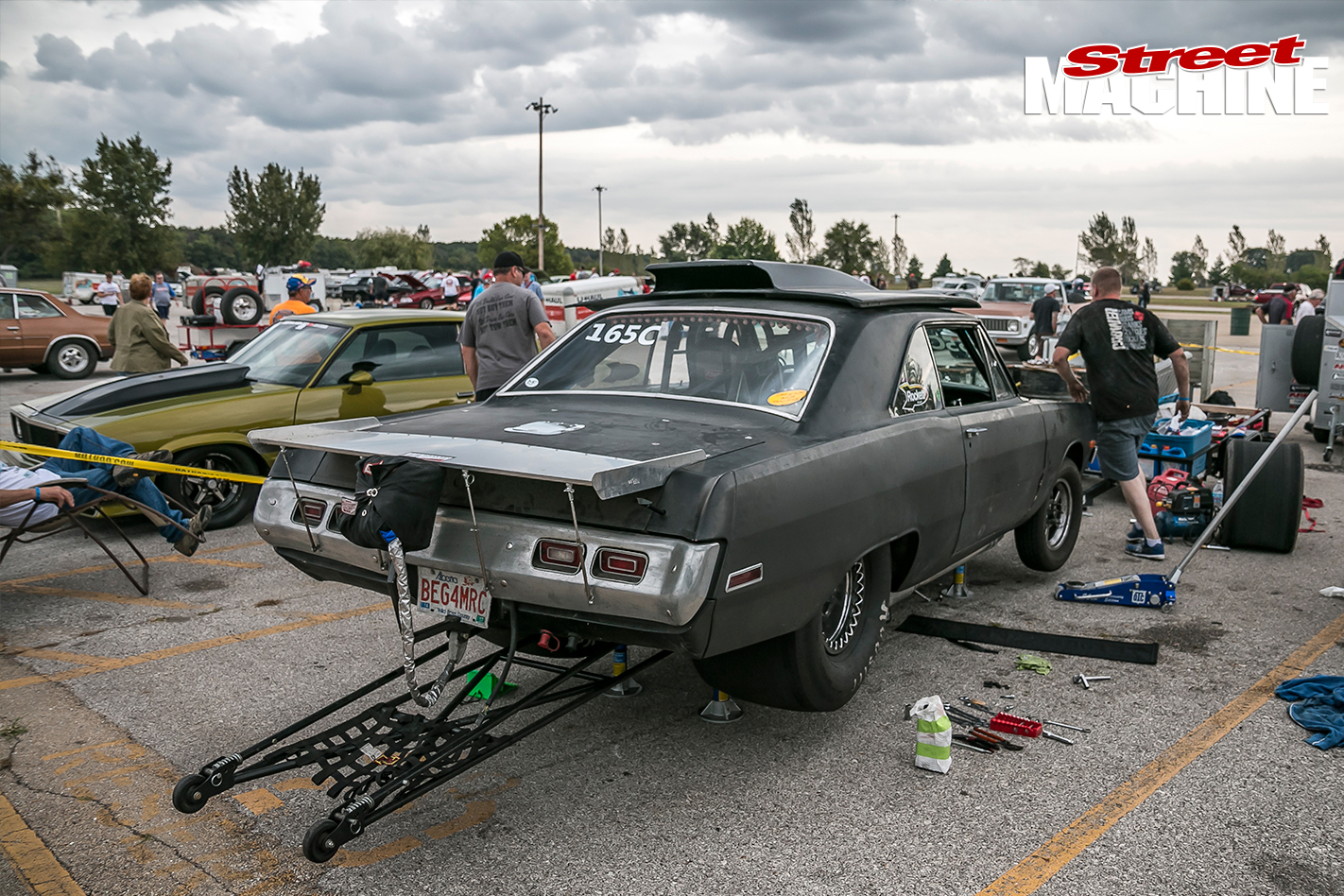 As a computer consultant he’s well versed in the dark arts of data manipulation so Matt does his own tuning, and he has his own chassis dyno. In fact Matt’s had a fair amount of involvement with the Mega Squirt over the years and he runs a Mega Squirt 3 Pro. Matt’s got a bit of friendly rivalry going with John Faraone at Drag Week. Both run very similar combos, and both want to be the quickest Mopars at Drag Week. Matt still has a few tenths to make up with Faraone running 7.43@193mph in the Aussie Charger, but if the Canadian gets his transmission issues sorted it could make for an interesting matchup. 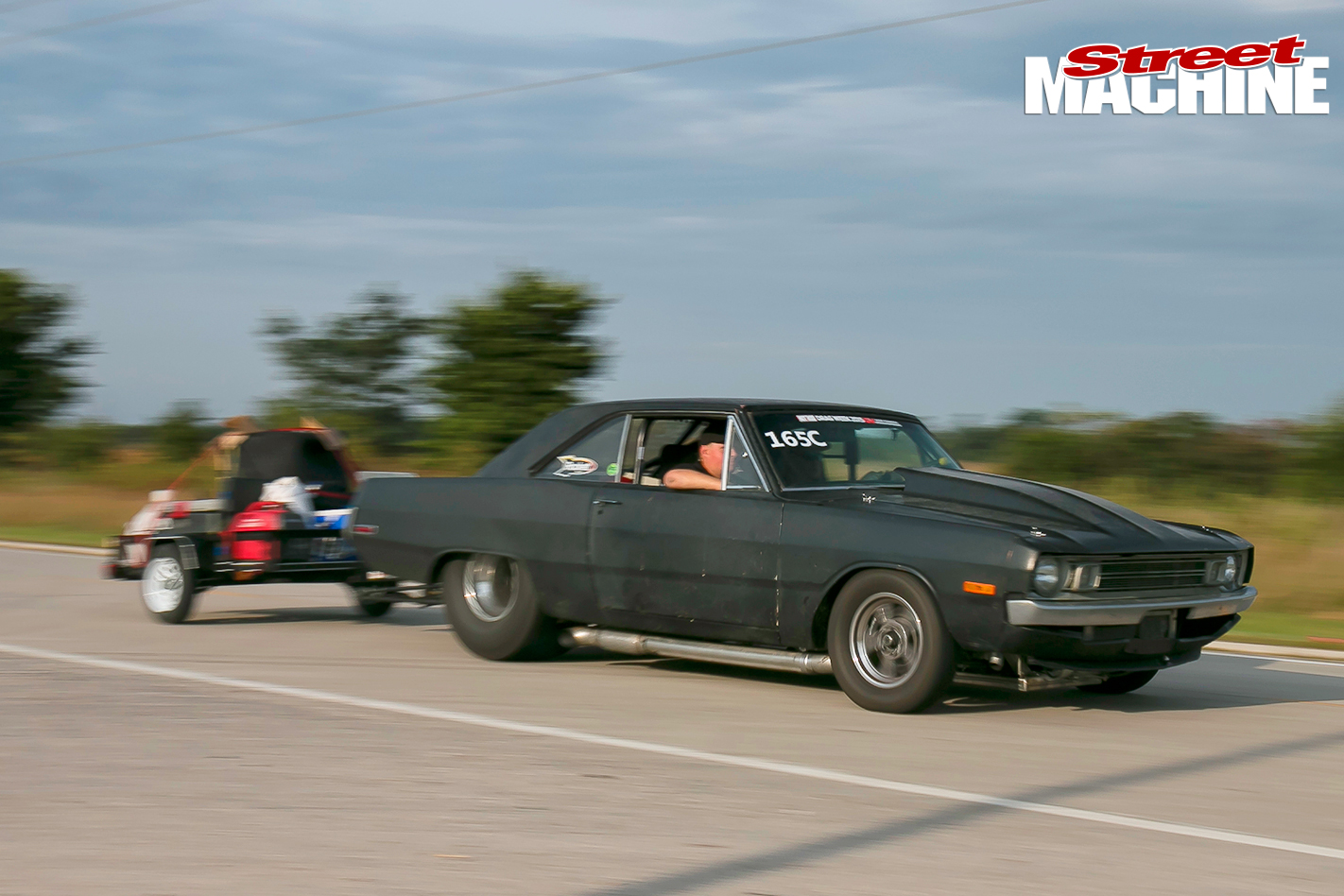 Watch the video and take a close look at the on-board footage from Indy. Pay particular attention to the distortion around the bonnet pins at the front of the car; that’s sheer velocity in action.