ONCE upon a time, fuel altereds were the kings of drag racing, thanks to the combination of short wheelbases with blown nitro Hemi power. Safety concerns saw them largely relegated to the dustbin of history, so any chance to see an original or replica AA/FA in action is always welcome. Put a bunch of them together from three different countries and you have a hell of a show - as we discovered at the Bay Rodders’s Nostalgia Drags, held at Meremere Dragway in New Zealand in April. Here are just some of the highlights: 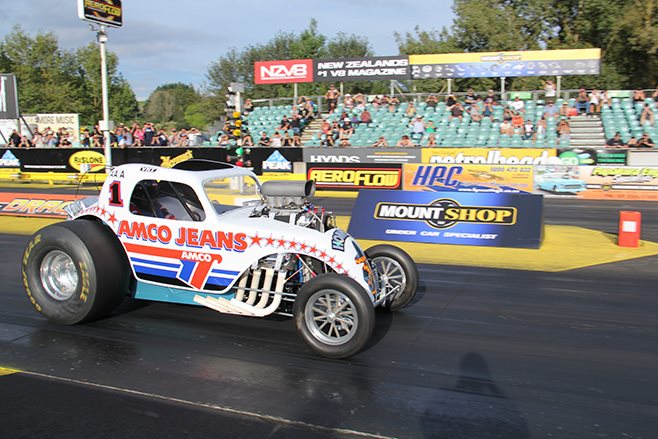 It was a thrill to see the iconic Hombre Fiat Topolino – winner of Top Eliminator at the 1977 Drag Racing Nationals - back on track. Custodian Grant Stables has treated the car to a six-year restoration, assisted by the car’s original builder/driver, Peter Lodge. Peter’s son Shane was behind the wheel for Hombre’s return to the quarter mile, and while the Fiat ran at the back of the field, it was welcomed back to the track by fans both young and old. 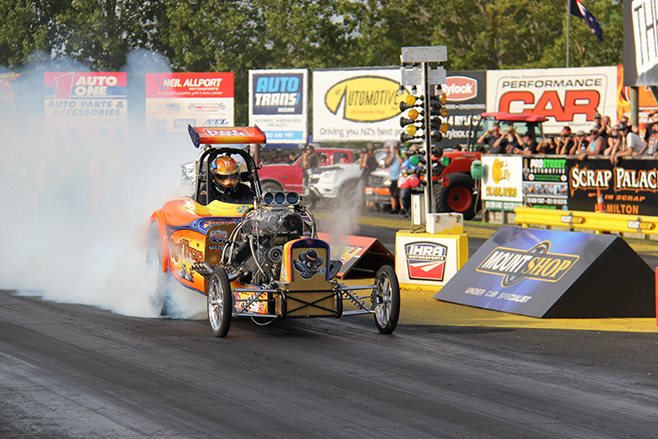 Celebrating the 50th Anniversary Word Tour of the USA-based Rat Trap fuel altered, Ron Hope didn’t disappoint the fans running hard-charging, wheels-up, six-second passes at over 200mph. The Rat Trap tour has been extensive, traversing Europe and the USA. “We love coming to New Zealand to put on a show for our fans, and it’s great to have a World Series here in New Zealand,” said Ron Hope. 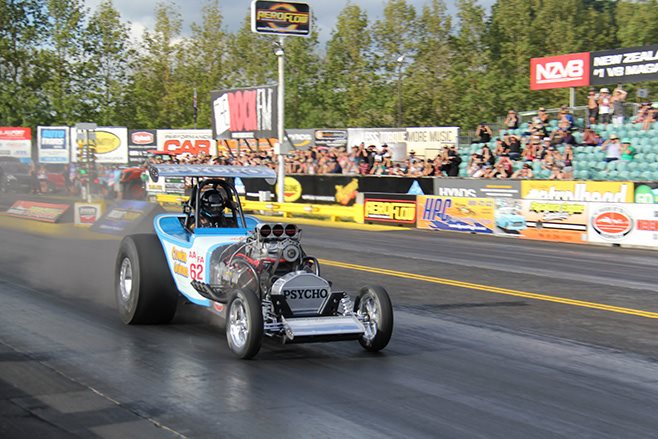 Psycho III is a replica of the famous Cowins & Johns altered and was one of three cars brought over to Meremere by Australian drag racing legend Graeme Cowin. The car was piloted by Justin Walshe, who clipped the wall on the way to a 6.63 at 206mph pass. 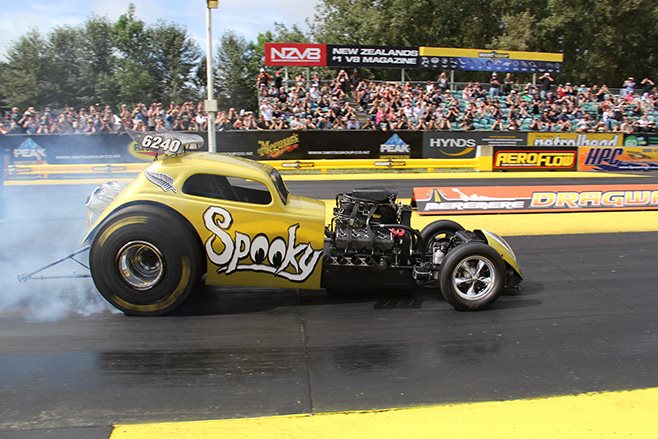 It was a bittersweet event for expat Kiwi Morice McMillin on the Australian Fuel Altered team in the newly-constructed Spooky Fiat. It was a dream come true for Morice to drive a fuel altered on the track which he grew up racing on, from junior dragsters through to funny cars. Morice took out two wins on the way to the final, but ended up brushing the wall on the way to the runner-up trophy. 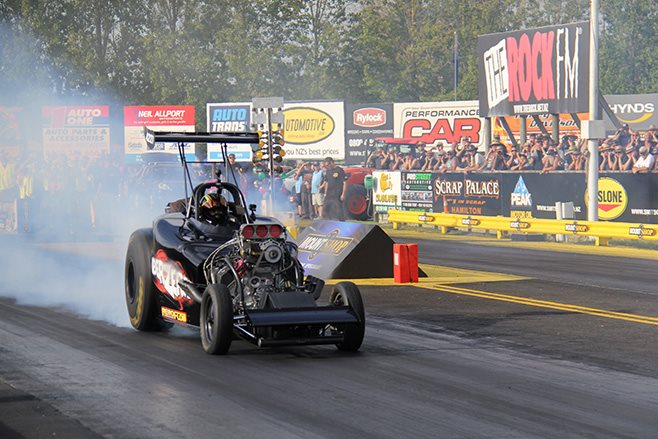 The other cars in the Australian contingent also put on a show, with Rick Gauci in the Beserk fuel altered winning the challenge with a storming 6.14-second pass at 236mph! 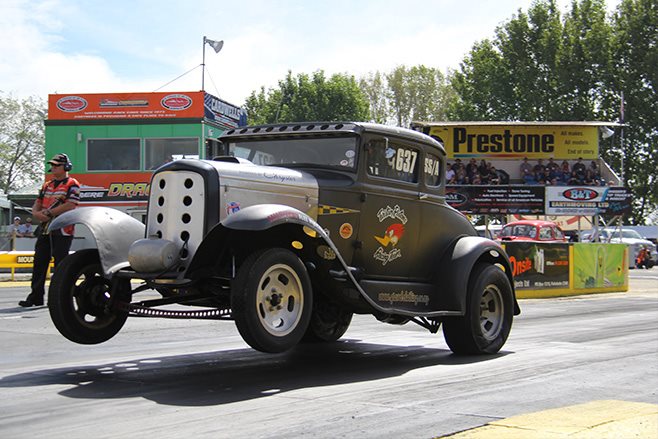 From Tauranga, Dave Best was running his Twistin’ Pistons Model A coupe, with a Hilborn-injected Chrysler Hemi. This car was built by Dave and his good friend Paul ‘Pins’ Sattler back in 1991 in the true low-buck spirit of early hot rodding and drag racing. Over time the car has been raced and street driven with countless engine and gearbox combinations in the 10-second zone. Its current guise has it wearing fenders and an alloy hood. 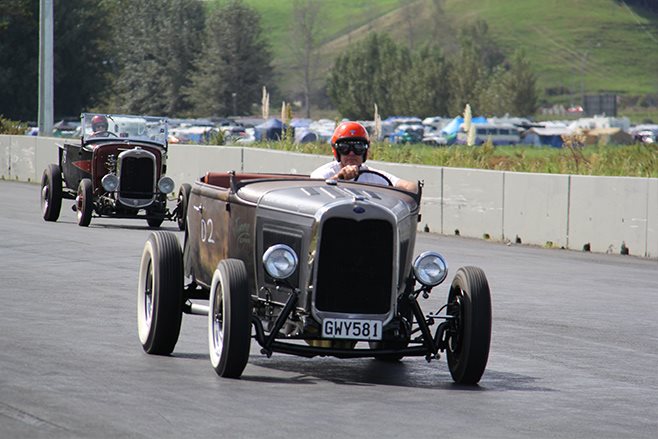 For almost thirty years, the Nostalgia Drags has been an event hosted by hot rodders for hot rodders. Celebrating hot rod history and turning back the clock is what it’s all about, from the nitro-guzzling blown Hemi dragsters and altereds to flathead V8 and four-banger-powered gow jobs. The Four Banger class was won by Russell Barry in his Model A roadster with an 18.74@71mph, shown here with Kirstin Courtney bringing up the rear in her Model A roadster pickup. 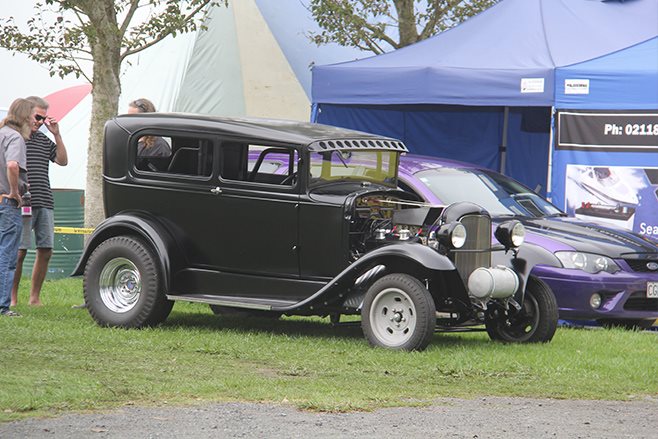 Aside from the racing, there’s always an array of cool hot rods and race cars in the pits. Russell Long had his recently completed Model A Tudor gasser there. Built as a street/strip vehicle by Mac’s Speed Shop, the tudor runs a hot 355ci Chev and Tremec five-speed combo, with fenderwell headers and other cool gasser styling cues. 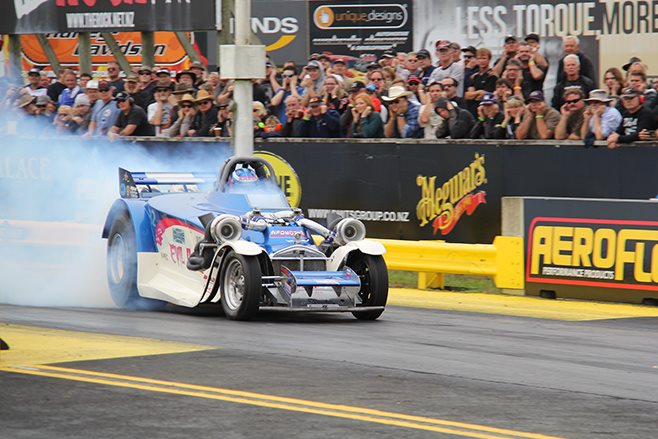 Karen Hay reset the record for the quickest and fastest woman over the quarter mile in NZ, with three runs over 200mph, including one at 6.34-seconds at 222mph! 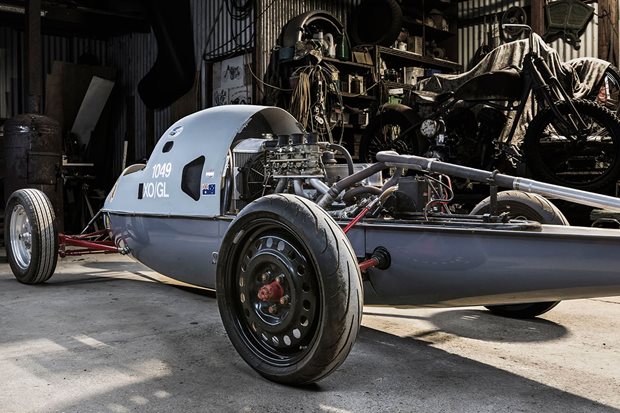 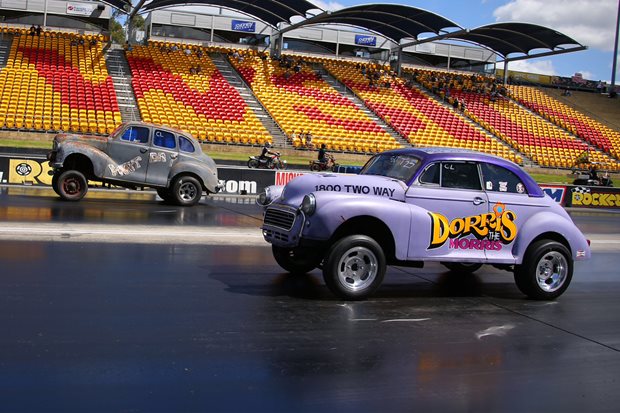 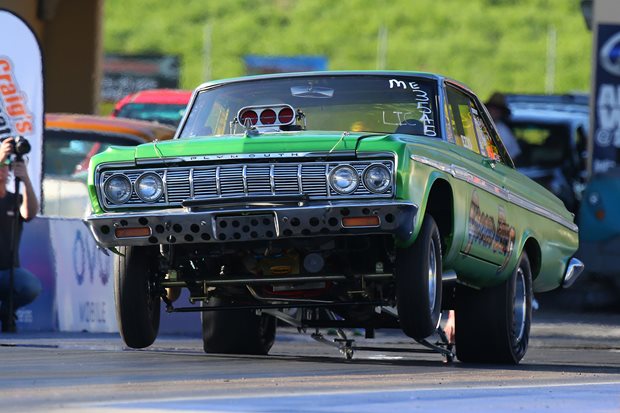