SYDNEY bloke Mitch Stevens now has the fastest WK2 series Jeep Grand Cherokee in the world, running well into ten-second territory at Sydney Dragway last weekend. AD Motorsportz in America who build some crazy turbo Jeeps previously held the world record for the 2014 and onwards Grand Cherokees with one of their built motor cars, but Mitch and the guys at Pure Motorworks in Sydney were able to do it on a stock engine!

His SRT Jeep runs the factory 6.4-litre Hemi V8 with stock headers running into a straight pipe and down to a Garrett GTX42 turbo mounted under the rear of the car. From there it has a dump pipe straight out the factory tailpipe, external wastegate and intake pipe back up to a front-mount intercooler and back into the engine. For more info on how rear mount turbo setups work click here! 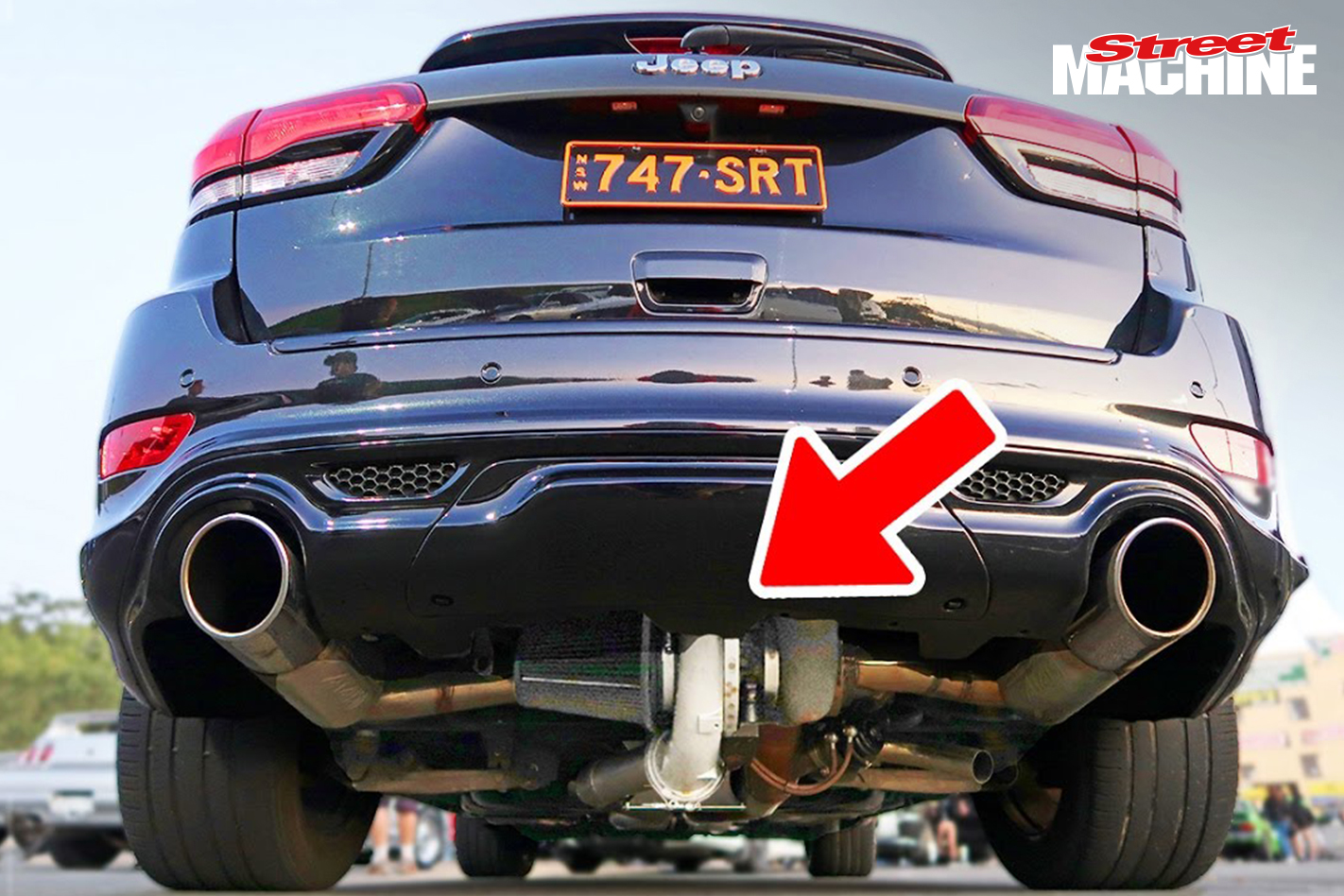 Mitch has also upgraded from the factory fuel system to a larger in-tank pump and a set of 1300cc injectors, while the standard ECU has been retuned for E85 juice. Otherwise the engine is pretty much standard, though the result is anything but - 750hp at all four tyres on just 8lbs boost!

The Jeep retains the eight-speed auto and all-wheel drive system, though the factory box has been swapped out for a built unit from Paramount Performance in America who do upgrades for the Hellcat and SRT transmissions. 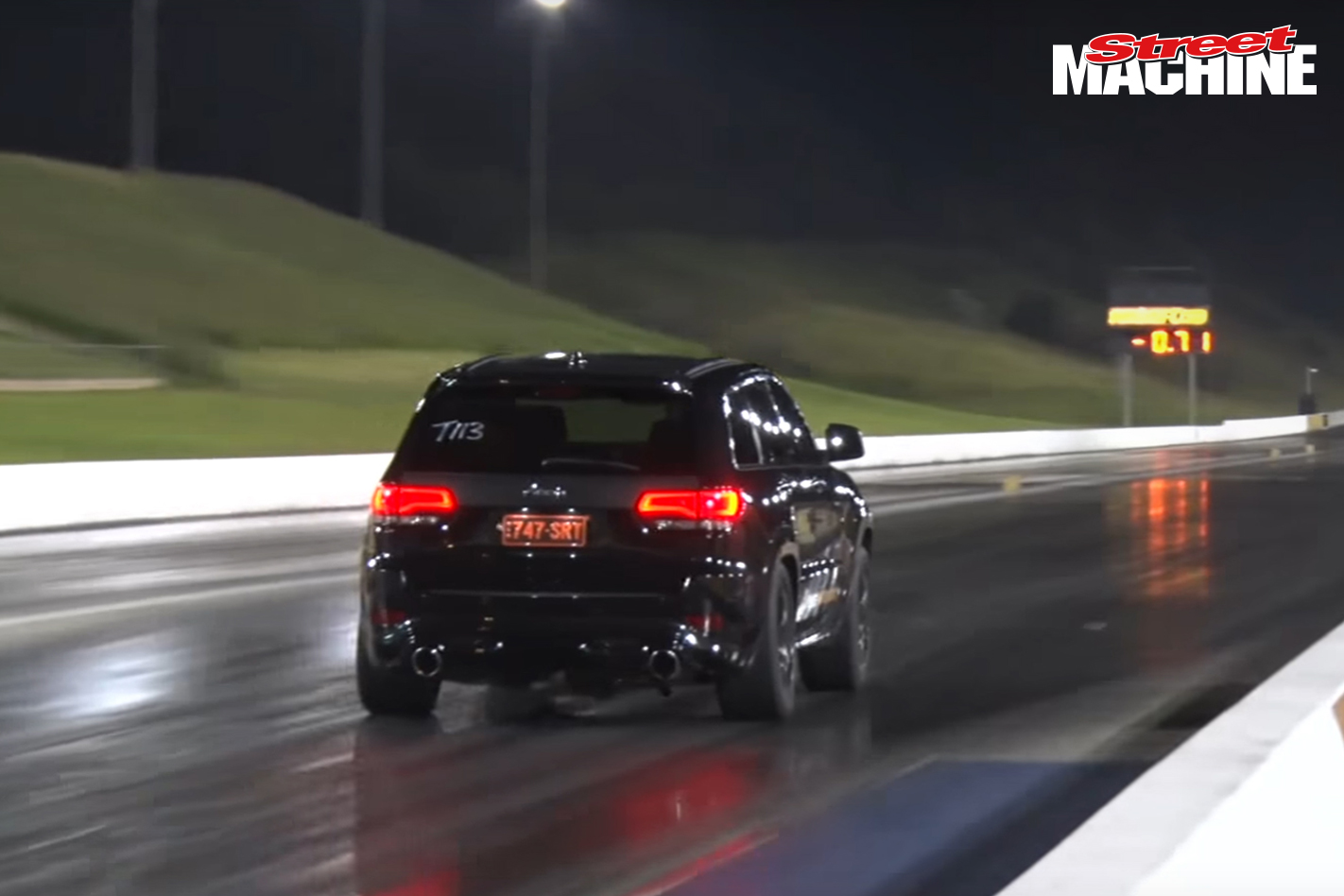 It’s easy to see why these big Jeeps are so consistent on track – the all-wheel drive system provides perfect traction off the line every time, and with 2500kgs pressing down into the tarmac that has to count for something! Yep, a 2500kg brick runs 10.70s – that’s pretty cool.