THE Toyota Supra and 2JZ are names that have been synonymous with bulk power for decades now, and as far as the internet is concerned, if a Supra is making less than 1000hp, it may as well be a Prius. So when we got word that a big-horsepower MkIV Supra was on the dyno at QuickBitz, we knew it would be worth bringing the cameras down. 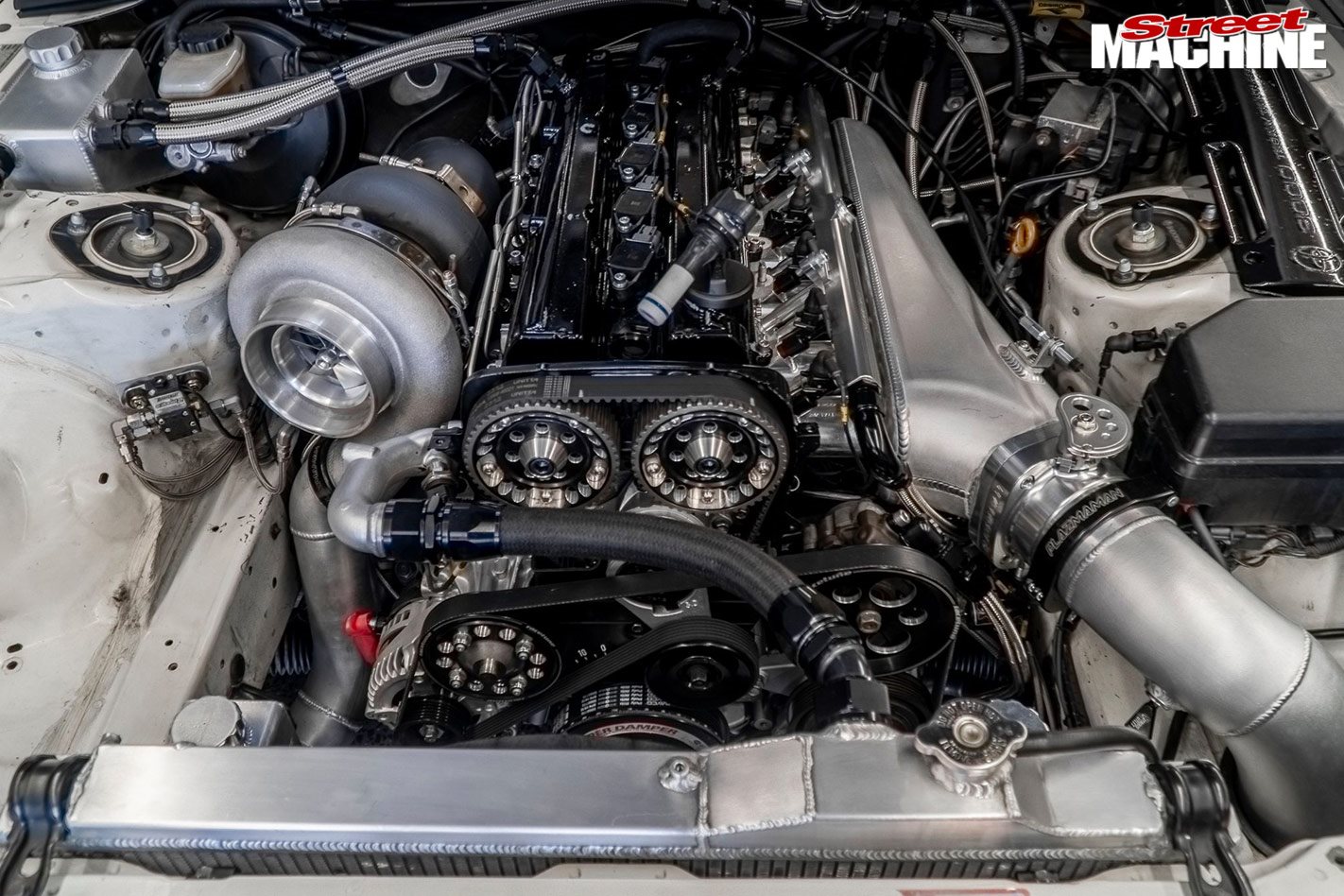 QuickBitz is a performance parts distributor in Dandenong South, Melbourne, but its main party piece is the hub dyno out the back. Michael – aka ‘Stix’ – from QuickBitz has tuned some of the toughest cars in Australia, and this Supra is no different.

Under the bonnet is a Gas Racing-built 2JZ force-fed by an 83mm Precision turbo, along with nitrous to help get the thing on boost and eliminate as much lag as possible. It’s backed by a beefy Turbo 400 ’box, while an Emtron ECU helps Stix monitor the 2JZ’s vitals. 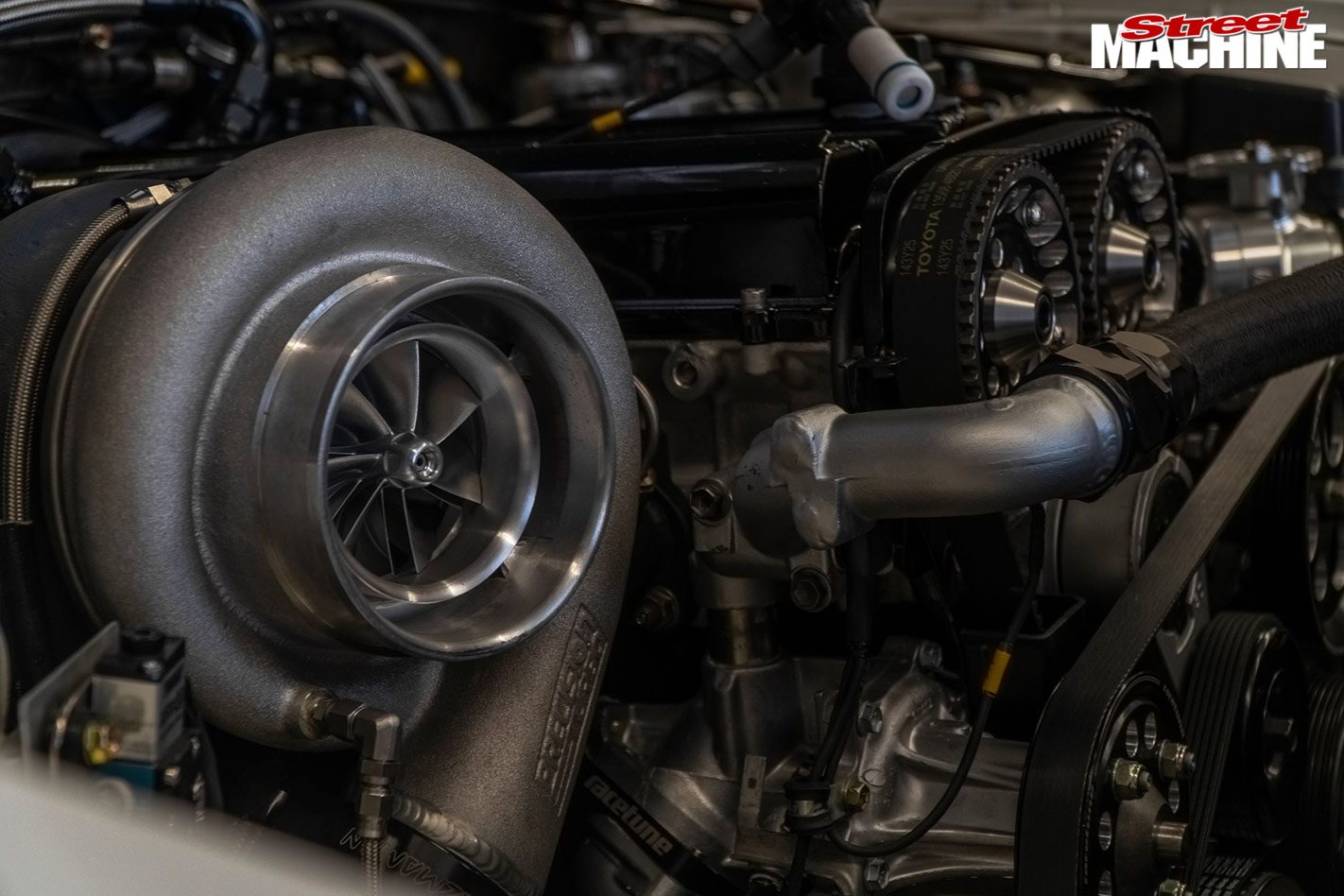 Initial runs were solid, with the Supra punching out 537kW/720hp to the hubs early in the day; the boys were being cautious due to a misfire in the top end of the rev range.

With the plugs gapped correctly, the misfire was sorted, so Stix upped the ante and increased the power dramatically to eventually record a peak of 837kW/1122hp after a bunch of runs in the 830kW area. 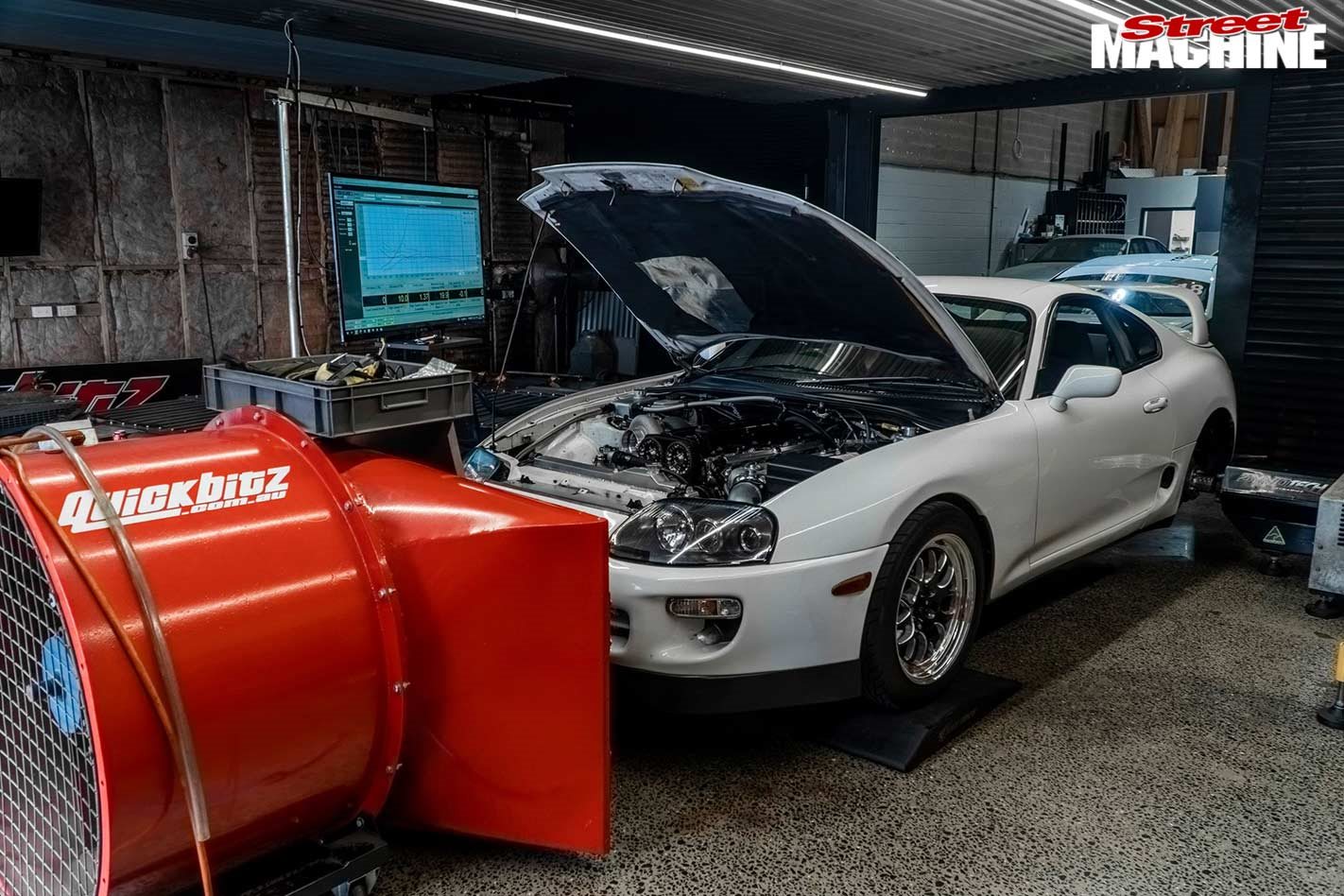 “We’re running the thing very rich and retarded at the moment,” Stix said. “We’re just gonna try and get it to the track, make some hits and then start leaning on it. You could get excited chasing the dyno, but you’ll do 100 passes and need a new engine,” he said. 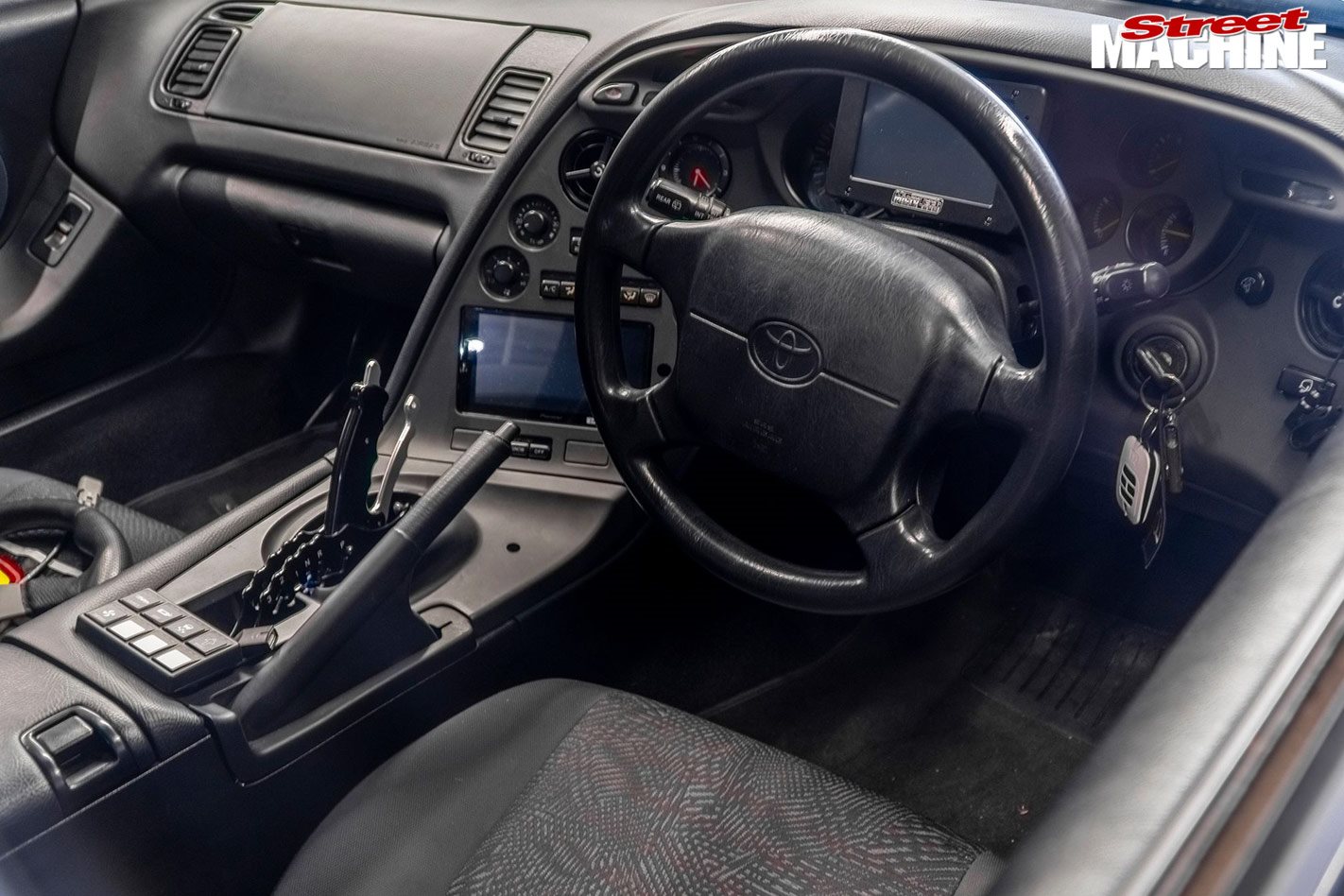 Clearly, there’s still more left in this package, so we’ll be keeping a close eye on the Supra to see where it ends up once it heads down the track.