FANS of John Coliadis’s ’65 Mustang might be sad to hear he has ditched its turbocharged Intech six-cylinder. But then others will claim the ’Stang’s new V8 engine is the one it should have had all along.

John’s bright orange Mustang made a name for itself a number of years ago when it became the quickest LPG-fuelled car in Australia. It ran 8.97@154mph with a turbocharged 4.0-litre Intech six-cylinder engine out of an AU Falcon, geared up with a custom LPG fuel system by Jason Ghiller from Tunnel Vision Turbocharging. John then switched to E85 fuel and got the car down to an 8.16@172mph quarter-mile with further tweaking and tuning. 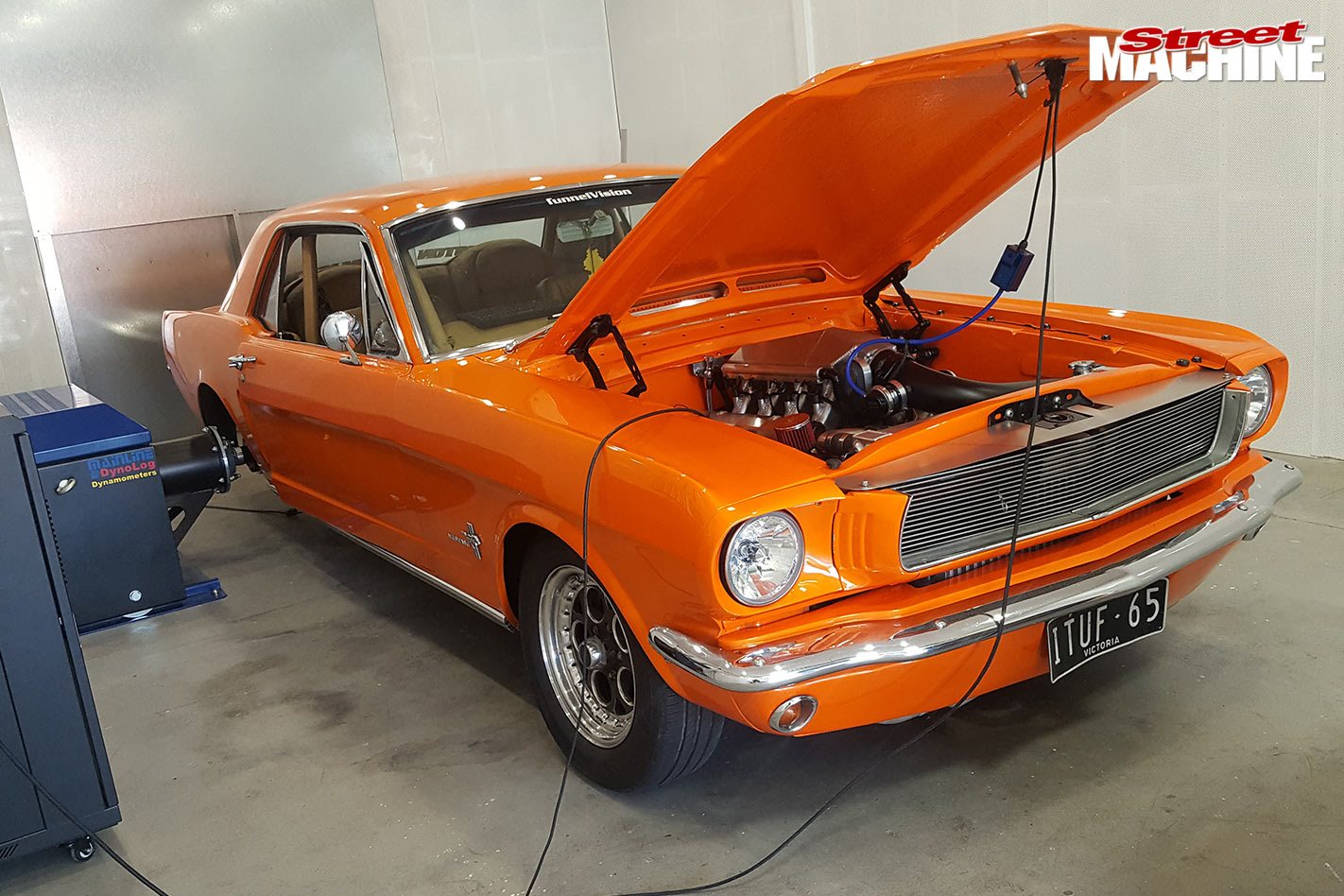 The best part is, it was a full-weight street car with a beautiful custom interior, and John genuinely got out and drove it pretty much everywhere.

But the Mustang has been off the road for the past few months while John put together its new engine combo – a 427ci small-block Ford Windsor built by Heathcote Race Engines with Higgins Cleveland heads and twin Garrett GTX3584R turbos.

The rest of the car is more or less the same as before; it runs the same two-speed Powerglide gearbox and nine-inch leaf-sprung rear end. However, with the extra grunt this new engine combo makes over the old six, John has stepped up to a larger 325 rear tyre. He hopes the new combo will run into the seven-second zone over the quarter-mile – something the old Intech never quite managed to do. 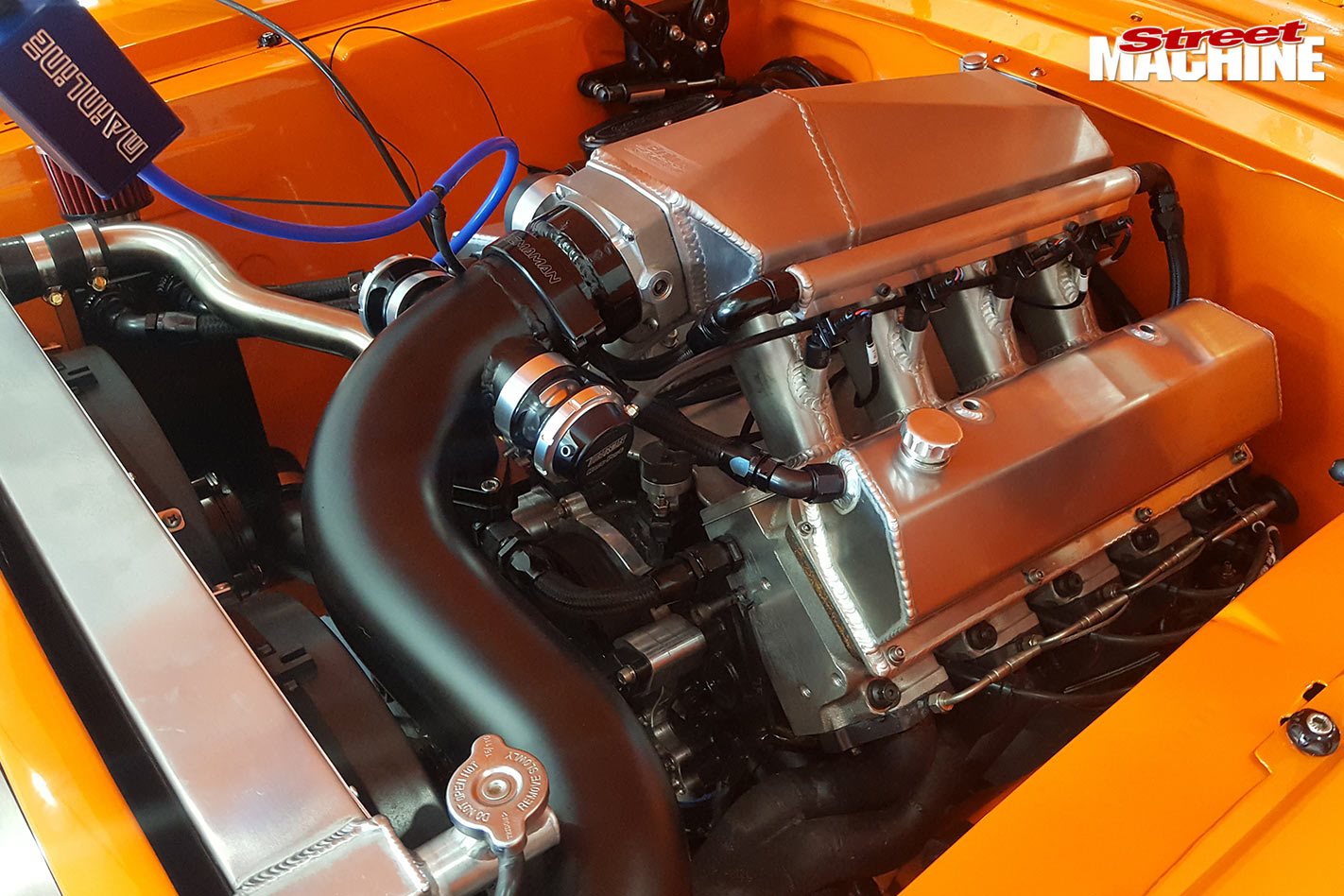 It certainly now has the power to do it. On Tunnel Vision’s brand-new 3000hp Mainline hub dyno, the new motor made an impressive 1546hp at the hubs on 28psi through a Haltech Elite ECU tuned by Jason.

So what happened to the AU 4.0-litre? Well John hasn’t given up on it – far from it, in fact. John’s a big fan of six-cylinder engines and wants the old Ford Intech to go even quicker than it did in the Mustang, so you can expect to see it in another project in the future. 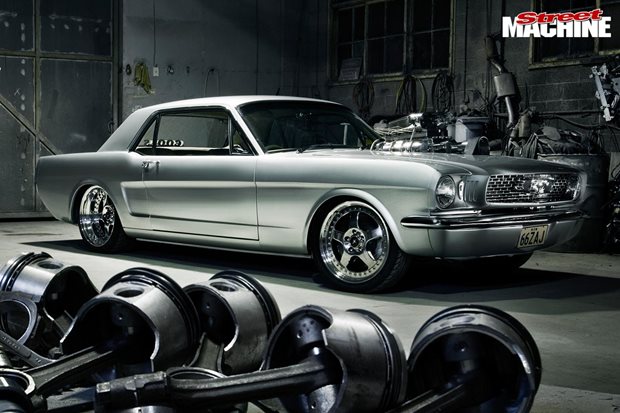