DALE Bickham got sick of hurting expensive angry aspirated engines, so with his latest build he has gone down the turbocharged route – but hasn’t taken the path well-travelled. Dale went and stuck a Ford Barra six in his Holden VS Commodore ute which had served as his daily driver until the old Ecotec made way for the sledgehammer Barra. 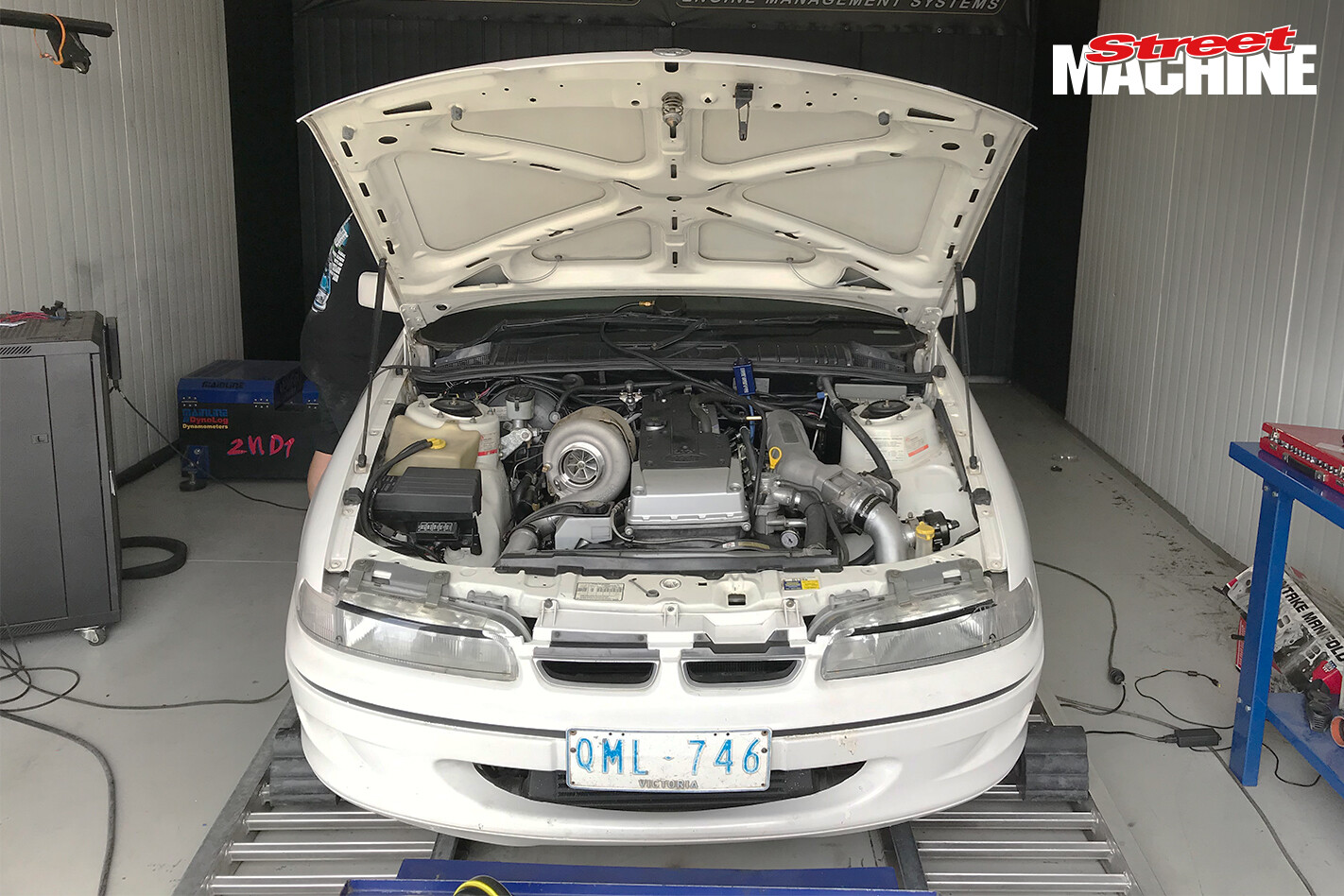 The combo started out pretty mild. Dale had an old LPG-spec Barra engine with all the usual bolt on turbo bits and an E85 fuel system and that was pretty quick. But he wanted more, so Dave from Frankston Engines put together a built motor with all the gear and solid cams. The old turbo made way for a big BorgWarner slug and Dale built a TH400 auto and nine-inch rear end rather than persisting with the old BTR ‘box and BorgWarner diff. Dale went to Adam Rogash from MPW Performance to have the car tuned last week with the new engine combo  for the first time. The car rolled in with the factory BA Falcon ECU and loom which Dale had carried over from the previous engine combo. However with the solid cams it was becoming tricky to tune up around the 550rwhp mark. So to keep everything safe and provide more flexibility, Adam suggested upgrading to the new Haltech Barra Pro Plugin. 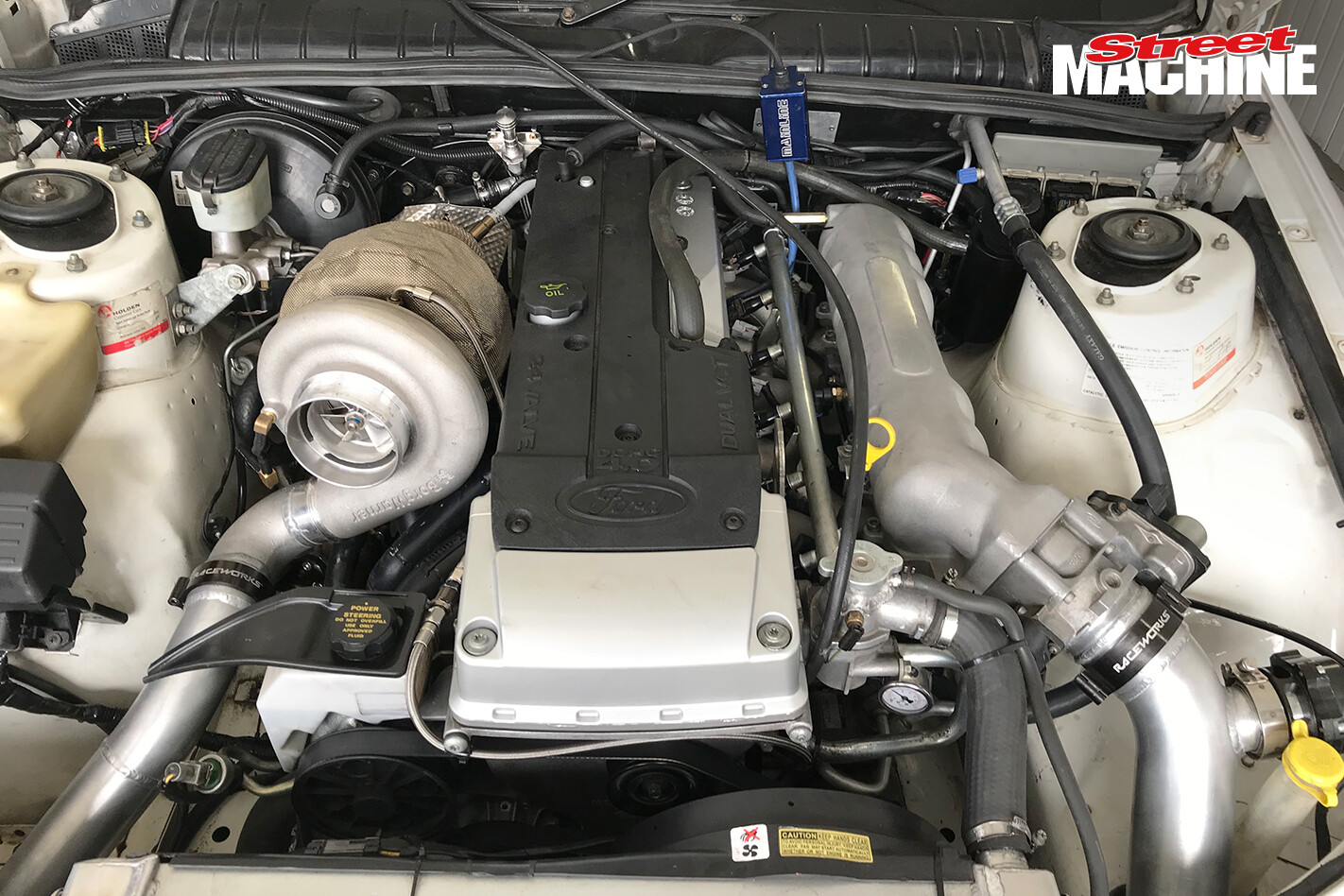 Given that the car already had the Barra harness ran through it, the Haltech Plug and Play unit was an easy upgrade – you literally unplug the original ECU box and plug in the Haltech. While a simple upgrade, it has provided far more scope for tuning and getting the car ready for Dale to race with data logging, transbrake, two-step rev limiter control, boost control and the rest of the features that come with a Haltech ECU that you just don’t get with the factory Ford stuff.

In the end the Barra-powered Holden ute made a tickle over 730rwhp on 22lb boost with everything fairly conservative. The ute doesn’t have a rollcage and the rear end is fairly basic for now so there’s no need to go any higher because the car won’t be able to use it. Eventually Dale wants to put 30lb in this engine but that’ll be some time in the future.