MATT Lampard’s HZ Kingswood, LUMPER, has competed at the last two Street Machine Drag Challenge events rocking an alloy 6.0-litre L98 motor and big single BorgWarner S400 75/83 turbo. The first year the motor was just a stock bottom end with a blower cam, and the car ran a best of 9.8 down the quarter. Last year Matty stepped it up with forgies and went 9.29@147mph, but that still wasn’t enough. So he sold off the turbo kit from his old motor and had a Dart 427 LSX built up with all the fruit, including a fancy Plazmaman billet intake manifold. From there Matty and his mates fabricated a twin-turbo set-up with BorgWarner S300SXE puffers, and to make all the plumbing fit they had to cut out the radiator support and install a split radiator. The fun didn’t end there; a Holley EFI ECU was wired in and the existing E85 fuel system upgraded to handle the extra grunt of the new engine. Likewise, the rest of the driveline needed an overhaul to cope with the ETs and power level Matt expected of the new combo. The old ’box was ditched for an FTI Powerglide, and the rear end was changed to a full-floater nine-inch. 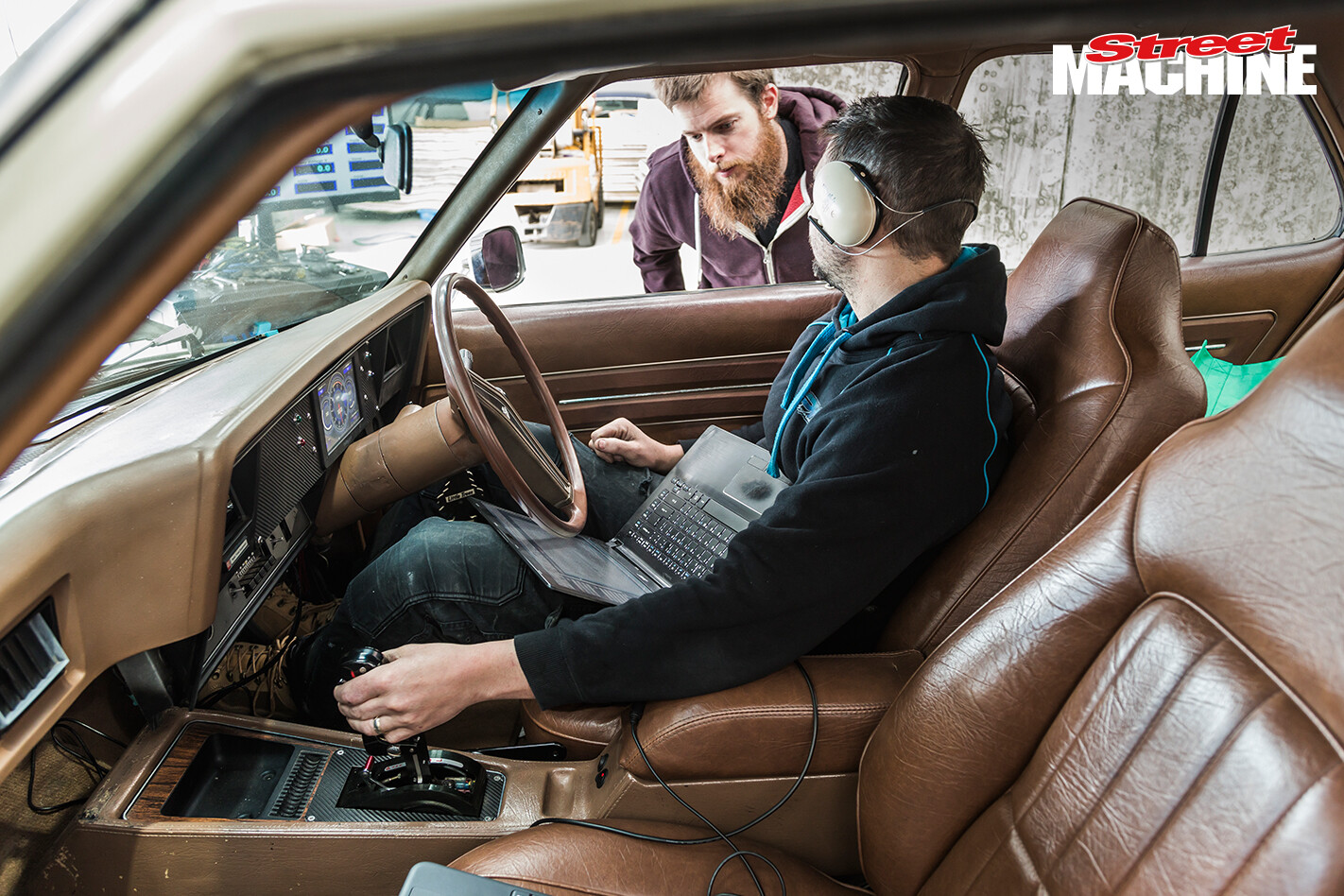 With all the hard work done, Matt and crew brought the car down from Warrnambool to MPW Performance in Melbourne for a tune-up. LUMPER was the first car to grace the dyno at MPW’s new workshop in Keysborough, and it did not disappoint, laying down an easy 940rwhp on its first run with tuner Adam Rogash tapping away at the keyboard. The Holley ECU is easy to tune with because it does most of the hard work for you and there aren’t many adjustable parameters, unlike a Haltech or similar that has virtually infinite customisation. That makes it a great ECU for someone who knows how a car works but isn’t a tuner. If you want to dive in and customise everything yourself, then it’s probably not for you. After a few more power runs and tweaks to the tune, LUMPER laid down 1030rwhp. But with plenty more left in the tank, the boys weren’t stopping there. A little more boost saw 1167rwhp, or 870rwkW. Adam thought 1000rwkW was achievable, so with the boost dialled up to around 20psi, they went for it and LUMPER spat out a huge 1416rwhp (1056rwkW).

Matt wants to run deep into the eight-second zone with his new set-up, but with power like that he might be joining the seven-second club.

LUMPER will make its first test hits with the new combo at Red CentreNATS a few weeks from now, before taking on Street Machine Drag Challenge for a third time in November.