IT SEEMS such a simple proposition: to dyno a car. Street Machine has witnessed hundreds, if not thousands of cars being put through the wringer on a rolling road over the years, but we haven’t seen anything quite like this, and we doubt you have either.

Our sister magazine Wheels had a Tesla Model S P100D for a couple of weeks, and were conducting a number of tests. Those of you familiar with this all-electric sedan may have seen footage of the car kicking arse at drag strips around the world, thanks to its powerful batteries and ‘Ludicrous’ mode, which powers it to 100km/h from a standstill in a scant 2.7 seconds. 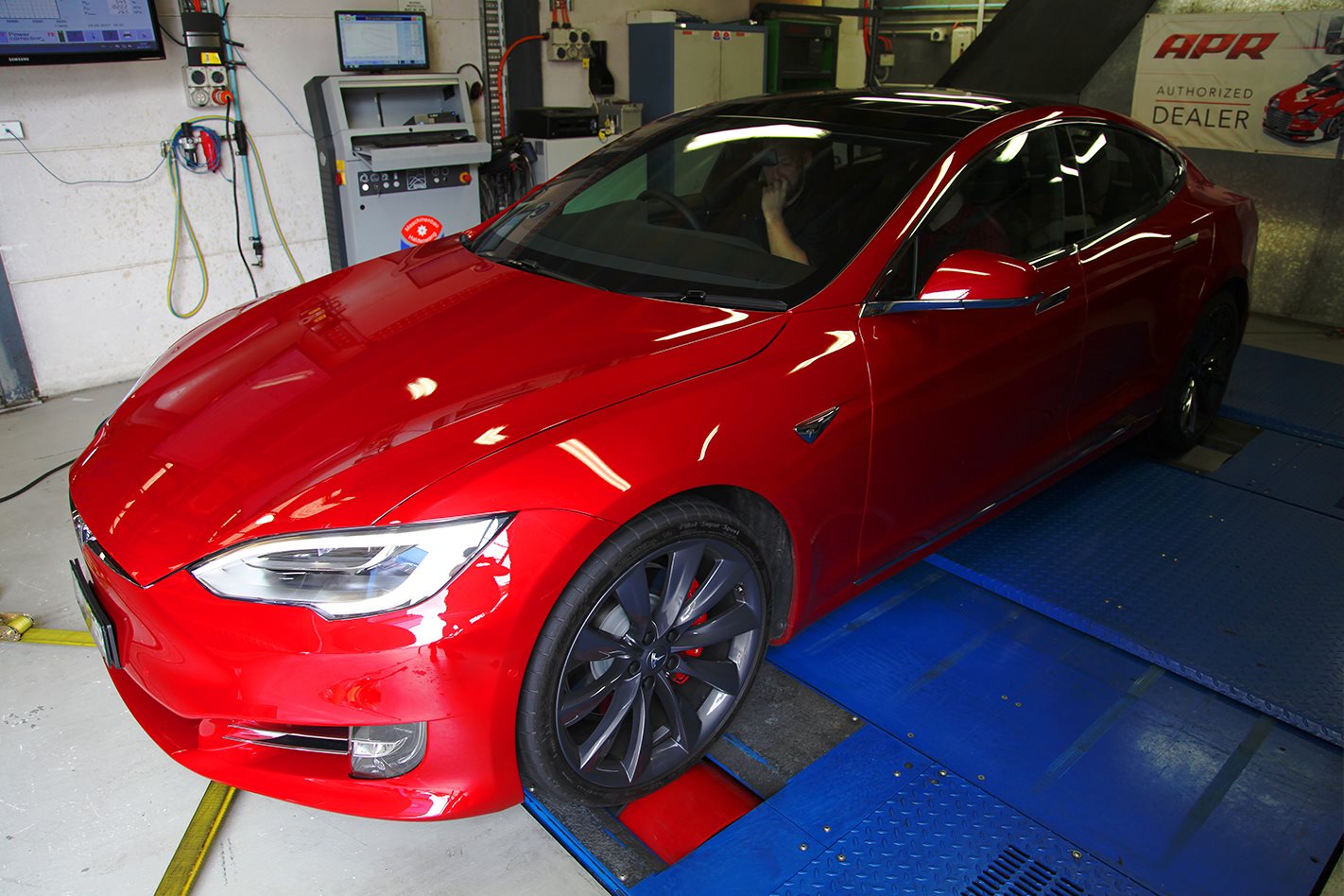 The P100D is the Model S flagship, and costs a whopping $314,000 to get onto the road (including taxes), but will ferry you and four mates around for 500+ kilometres of silent hooning. It’s also the quickest-accelerating production car available in the world today – bar none.

But funnily enough, Tesla doesn’t actually quote any power figures for the car, so our mates at Wheels decided to put it on the dyno for the first time ever in Australia.

But you can’t just put a Tesla on any old dyno. If you did, either the car or dyno would be in danger of a serious malfunction. Thankfully, BWA Auto in Sydney has the only dyno in the country capable of taking a high-powered electric car and getting accurate power and torque figures. So, the Maha single-roller dyno was reserved, and Tim Willis and his BWA Auto crew contacted some friends in the UK that had attempted to test a Tesla on the same dyno. They were warned the process could take up to two days. 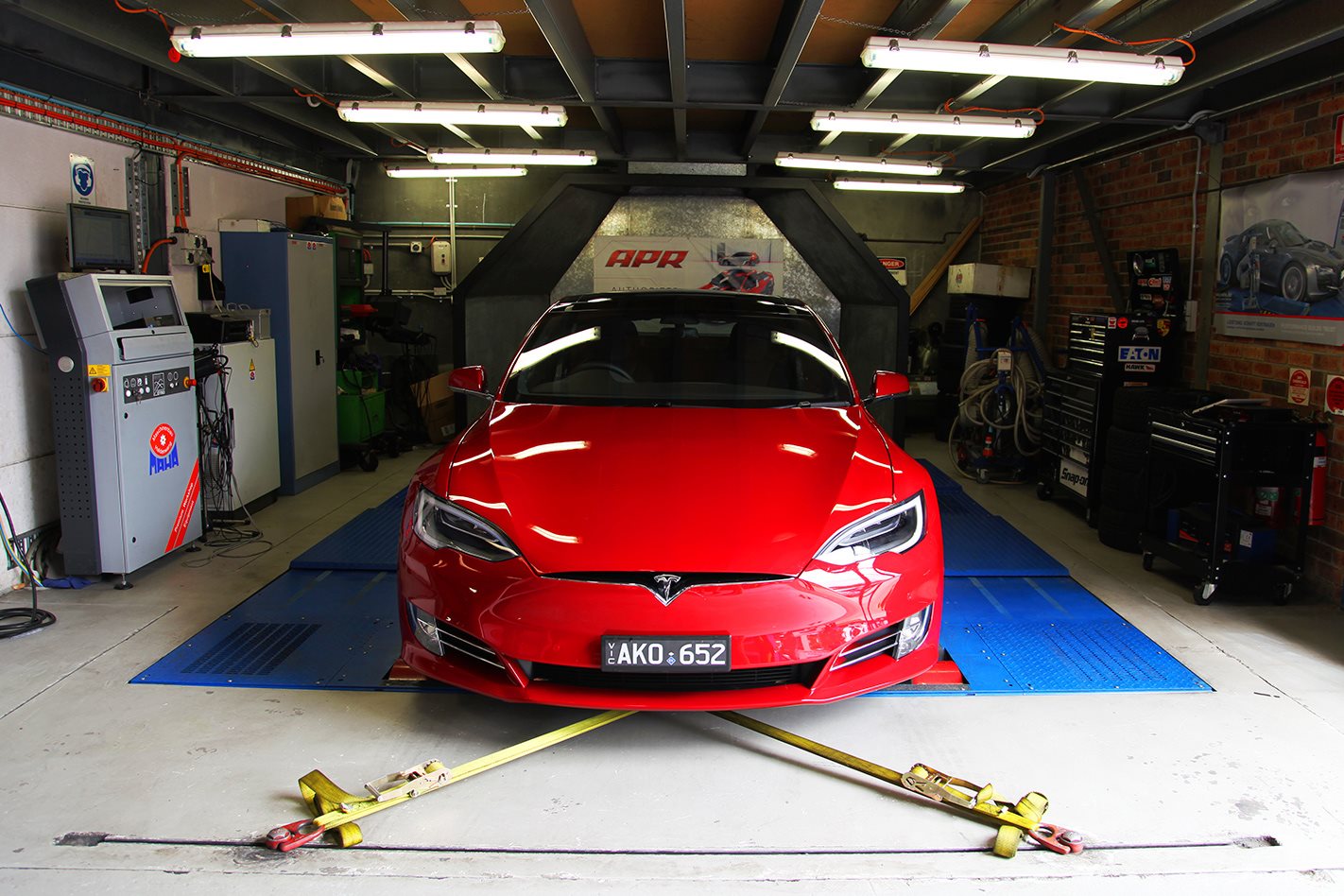 Thankfully, there were no hitches in getting the car set up and rolling on the dyno. There were just two issues to overcome, one being the car’s traction control having a conniption before finally shutting off altogether, and the other was the Model S’s instantaneous power delivery proving a challenge for Tim to wrap his head around.

But once these problems had been dealt with, a total of 11 passes were completed, each incredibly consistent, and the car putting up very little resistance.

The best of the runs resulted in 394kW (528hp) at the wheels, and a staggering 1406Nm (1037lb-ft) of torque. Truly ludicrous (pun intended) figures, which explain the car’s bonkers acceleration capabilities.

The BWA Auto guys and two Maha representatives were adamant these figures were accurate, and comparable to the dyno numbers found in conventionally powered cars. 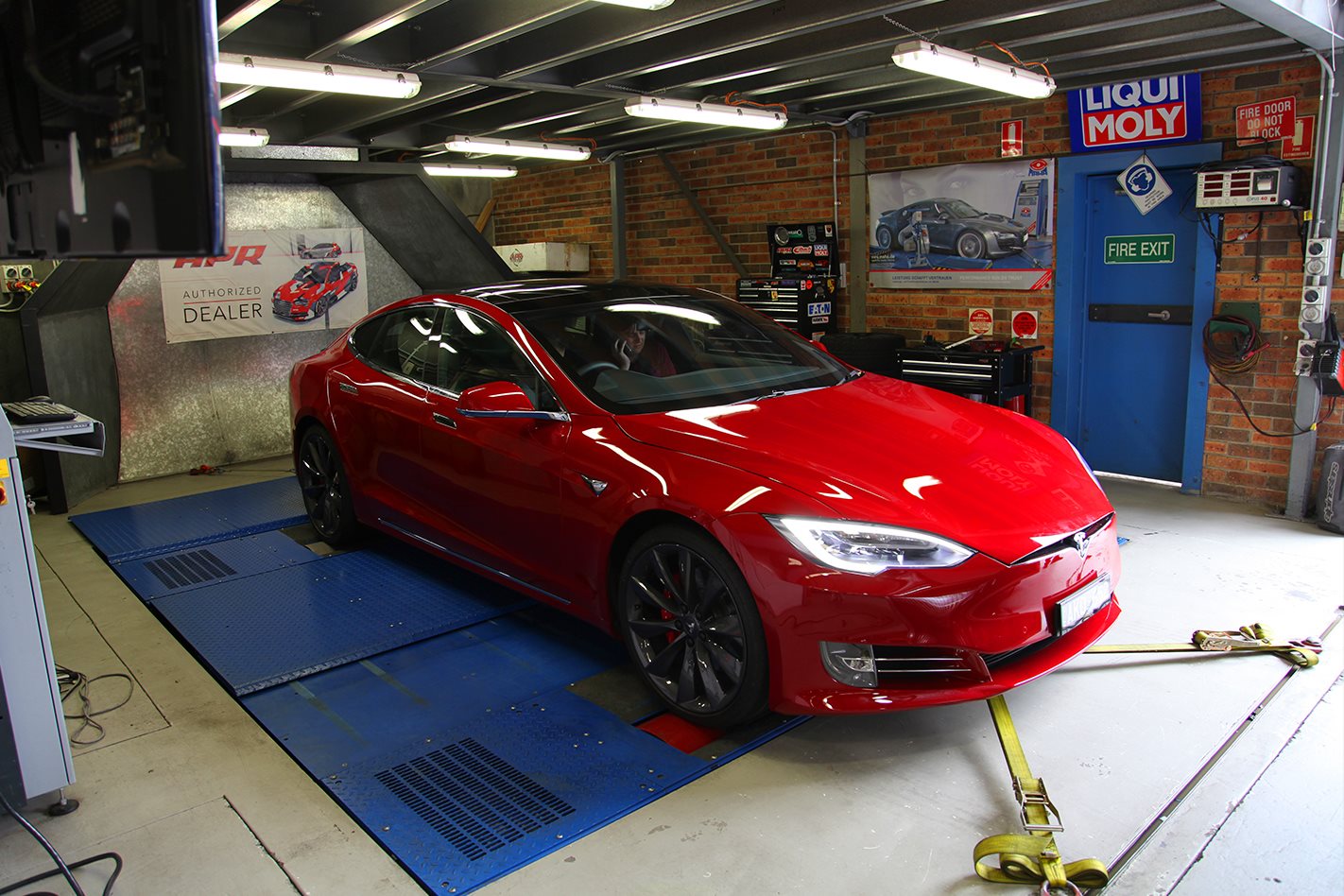 It’s worth noting that although the dyno sheets measured engine (or flywheel) power, these are unlikely to be accurate as the dyno is calibrated for a conventional transmission, and not the Tesla’s electrical motors.

The dyno graph makes for fascinating viewing though, with the instant power delivery from the equivalent of 0rpm drawing a straight, almost vertical line as Tim moves to full throttle, and then a slow taper as the car rolls to a stop.

As you can see in the video, it was a fascinating experience that tested the limits of the dyno, and highlighted the incredible power and torque that makes the Tesla such a straight-line monster. 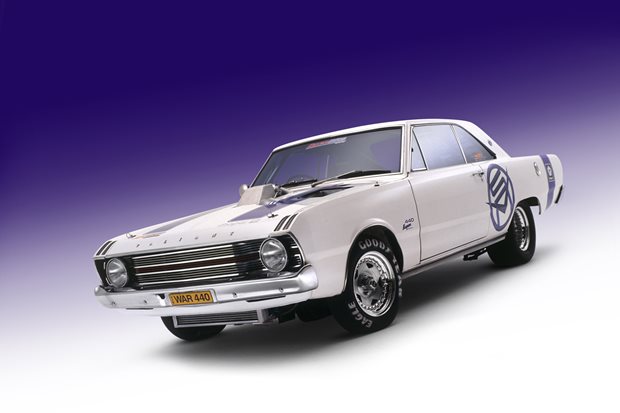 Arby's supercharged Valiant makes over 1000rwhp on the dyno at Summernats 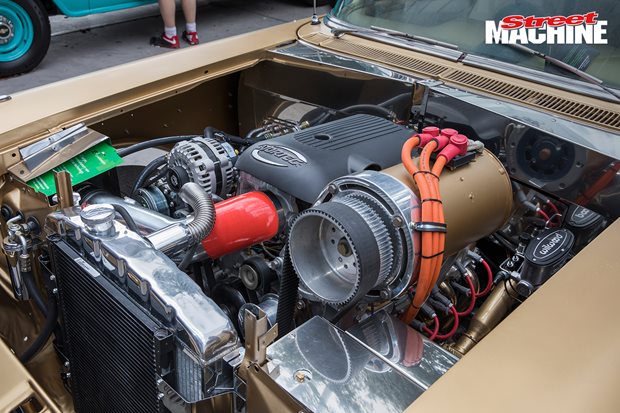 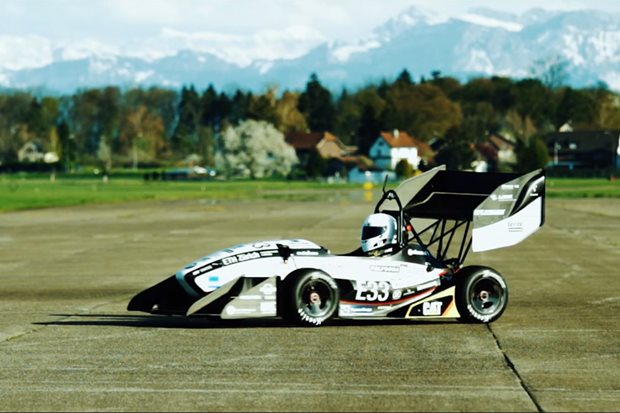