BRENDAN Cherry has been at Street Machine Drag Challenge every year, and for this year’s running he’s stepping up his game. Brendan has swapped out the old 403-cube iron-block LS and single turbo combo for another iron 403 LQ9 but with twin 69mm Borg Warner puffers this time. The motor was built by Kanaris Engines, while MPW Performance did the turbo setup.

“Basically we pushed the single turbo setup as far as we could and things kept breaking so I thought it was time to step things up,” said Brendan. After a rough Drag Challenge last year that begun with the Monaro on the dyno the night before day one and ended with broken crank on day five, Brendan is much better prepared this time. With around four weeks until the first racing of this year’s event, Brendan will have a bit more time to fine-tune. He’s hoping to hit the track for the first time with this setup at King Of The Hill at Calder this Friday.

We caught up with Brendan and Frank from All Sparks Automotive and Performance as the car hit the dyno for tuning last week. The boys wanted to keep it conservative until the Haltech Elite 2500 has a set of exhaust gas temp sensors to talk to and decided early on that they wouldn’t push the new rig past 18psi. Dyno tuning on slick drag radials meant they would have struggled to get reliable figures out of more boost anyway. The tyres were overheating and sliding all over the rollers while spraying rubber everywhere and letting them cool for ten minutes without touching the tune yielded an extra 80hp.

In the end Brendan and Frank were satisfied with 707.7kw at the wheels or about 950rwhp on 17psi and e85 juice. They’ll gradually lean on the car after it gets a few passes and street miles under its belt. Eventually Brendan wants a seven-second pass out of the thing. Yikes! 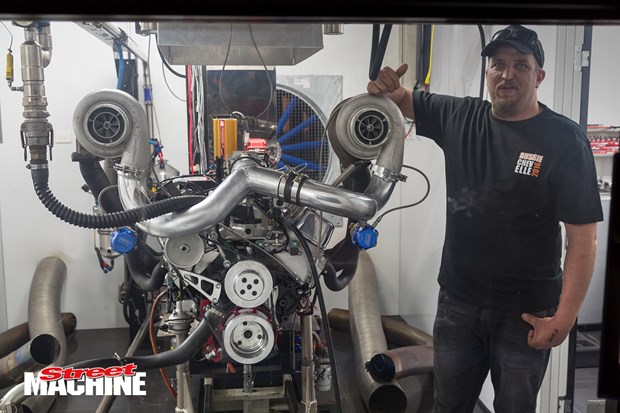 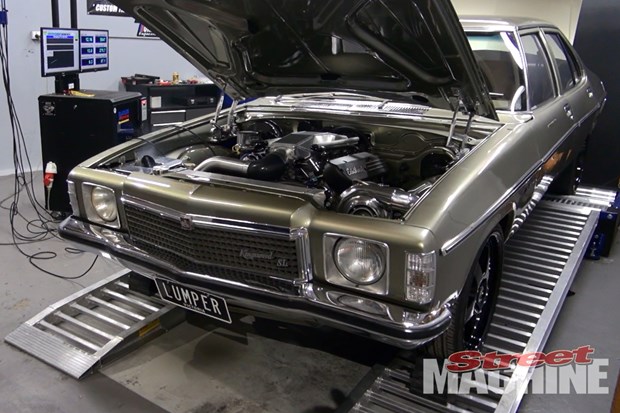 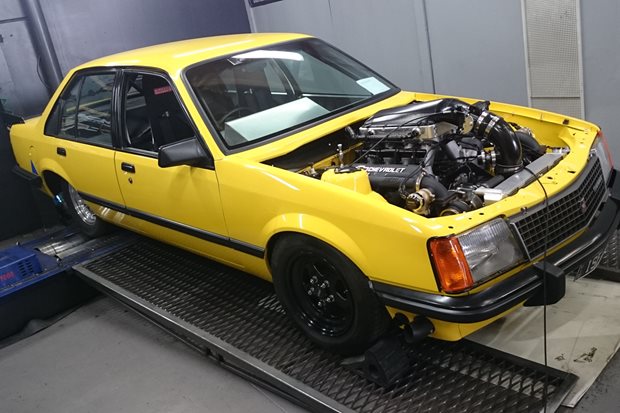